Apple Bourbon Glazed Ham is so juicy and full of flavor! A brown sugar, apple bourbon glaze makes this baked ham stand out from the rest!

We love a good baked ham, I mean who doesn’t? You can use this glaze recipe on a spiral sliced ham or a regular ham too! Also be sure to check out our Brown Butter Baked Ham and this fun Captain & Coke Slow Cooker Ham! 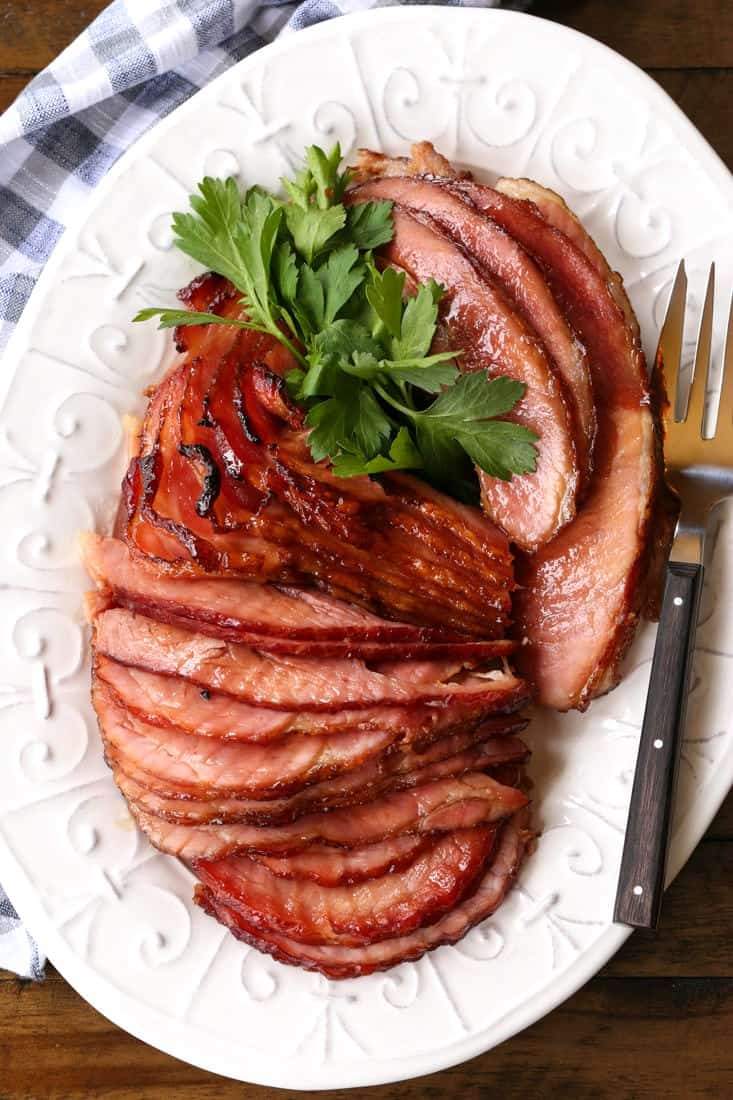 There’s really nothing difficult about making a baked ham. All there is to do is get it in the oven and make a quick glaze. That’s it – there’s nothing else to it. This Apple Bourbon Glazed Ham is such a show stopping dinner, no one will ever know how easy it is to make.

We like serving this spiral sliced ham for holidays like Christmas and Easter, but also for family parties and Sunday dinners. Leftover ham is perfect for meal prepping during the week or for making our favorite Stove Top Split Pea Soup!

How Long Does It Take To Cook A Ham In The Oven?

There’s a couple of factors at play here, how big your ham is and what temperature you are cooking it at. Some recipes will say to cook a ham at a really low temperature like 275, but we like to keep it at 300 degrees.

A good point of reference is about 15 minutes per pound so this spiral ham took about 2 hours to warm through and get super juicy. 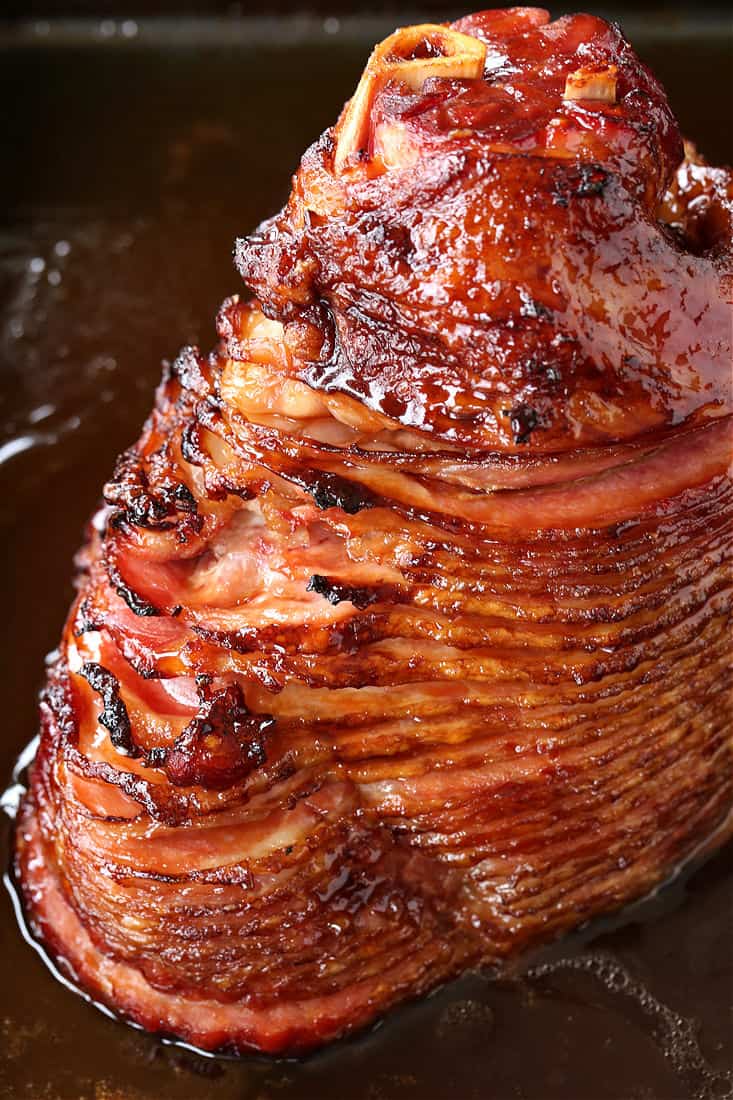 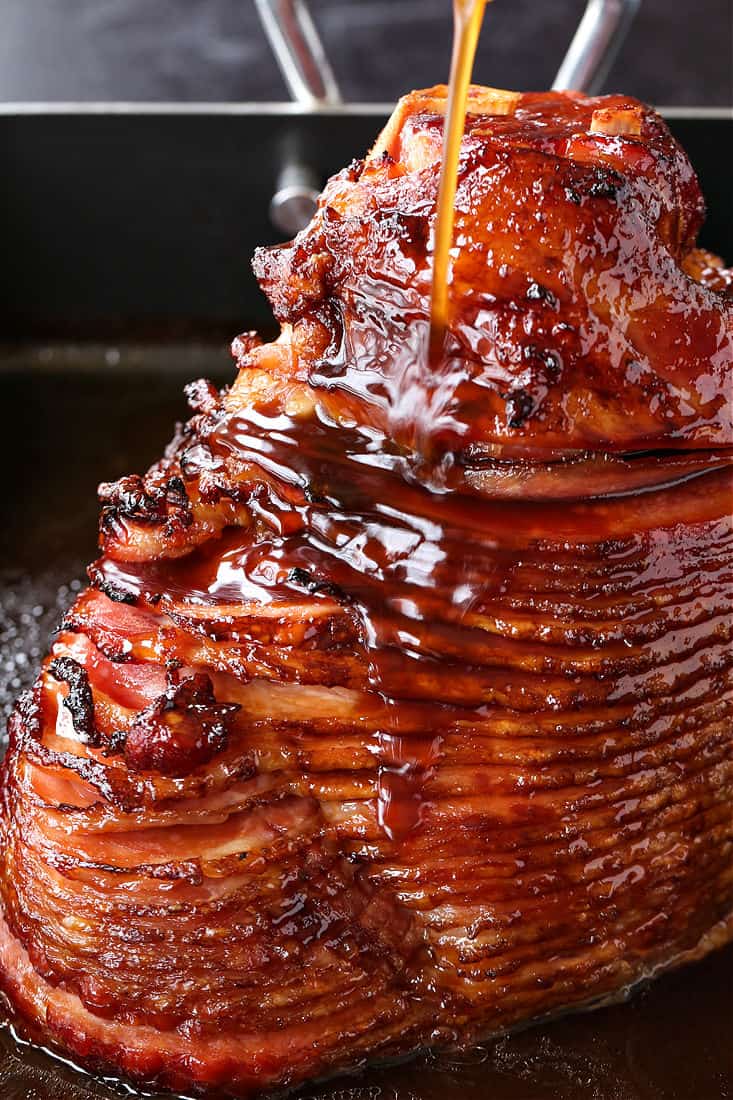 Can I Use This Bourbon Glaze With A Regular Ham?

Of course! Swap out a bone in regular ham if that’s what you have and just use this glaze recipe. For cooking times you can refer to our Brown Butter Baked Ham recipe.

For the bourbon, you can use apple bourbon, regular bourbon or swap out your favorite whiskey instead. Apple whiskey is a favorite of ours to drink and cook with!

How Long Can I Keep This Bourbon Ham?

Leftover ham is a coveted ingredient in our house. We love making ham sandwiches and lots of other leftover ham recipes. Keep this leftover Apple Bourbon Glazed Ham covered in your refrigerator for up to 4 days.

After that we recommend freezing any leftover ham, which you can then keep for 3-4 months. 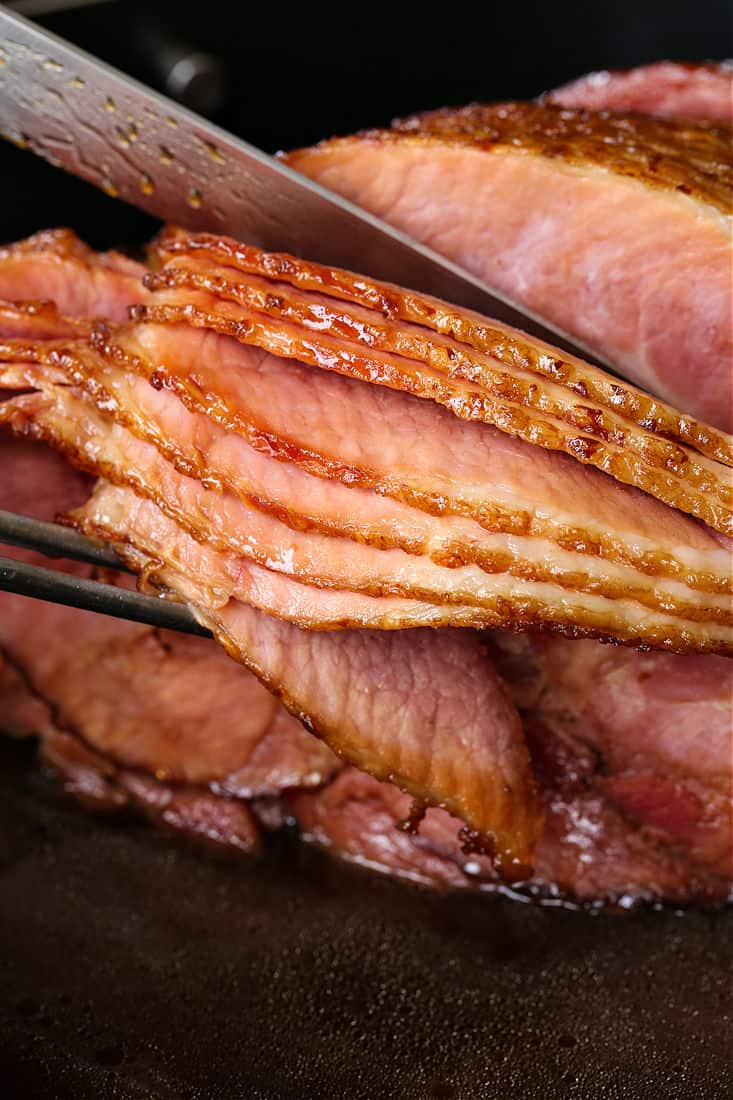 How Do You Serve A Spiral Ham?

Place the slices of ham on a platter and spoon the juices from the roasting pan over the top. 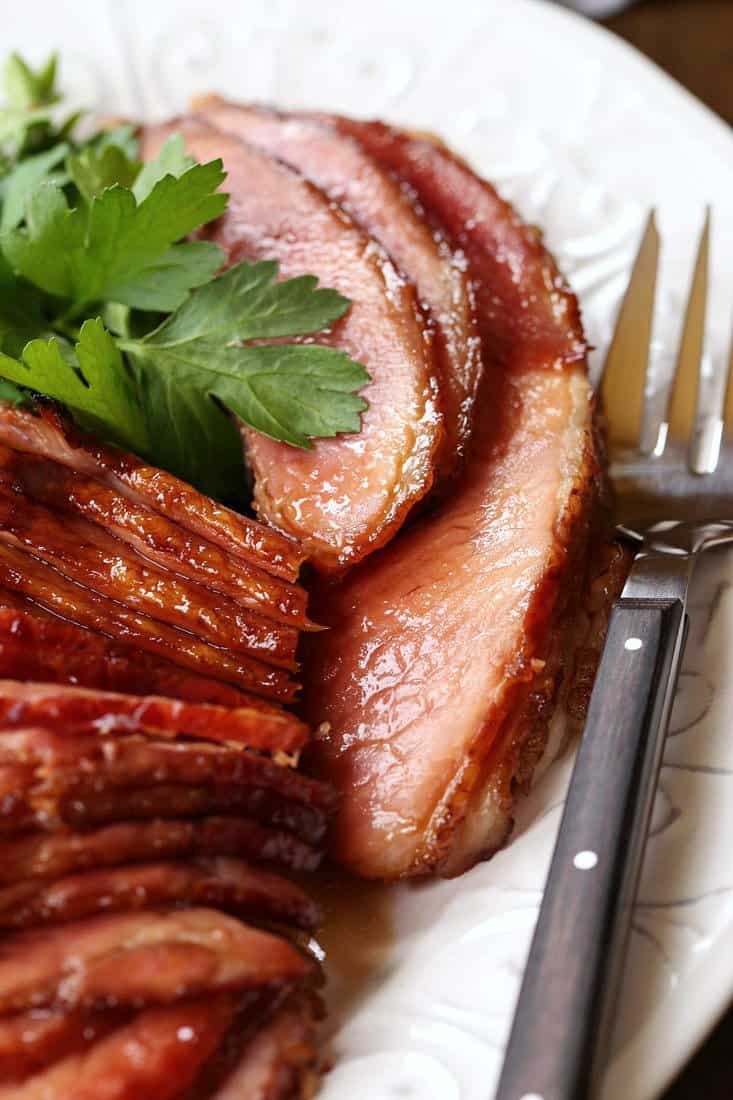 Sides To Serve With Ham

There’s so many delicious side dish recipes that go perfectly with ham! From fluffy mashed potatoes to sweet, roasted vegetables, we’ve got a side dish here (or two!) for everyone! 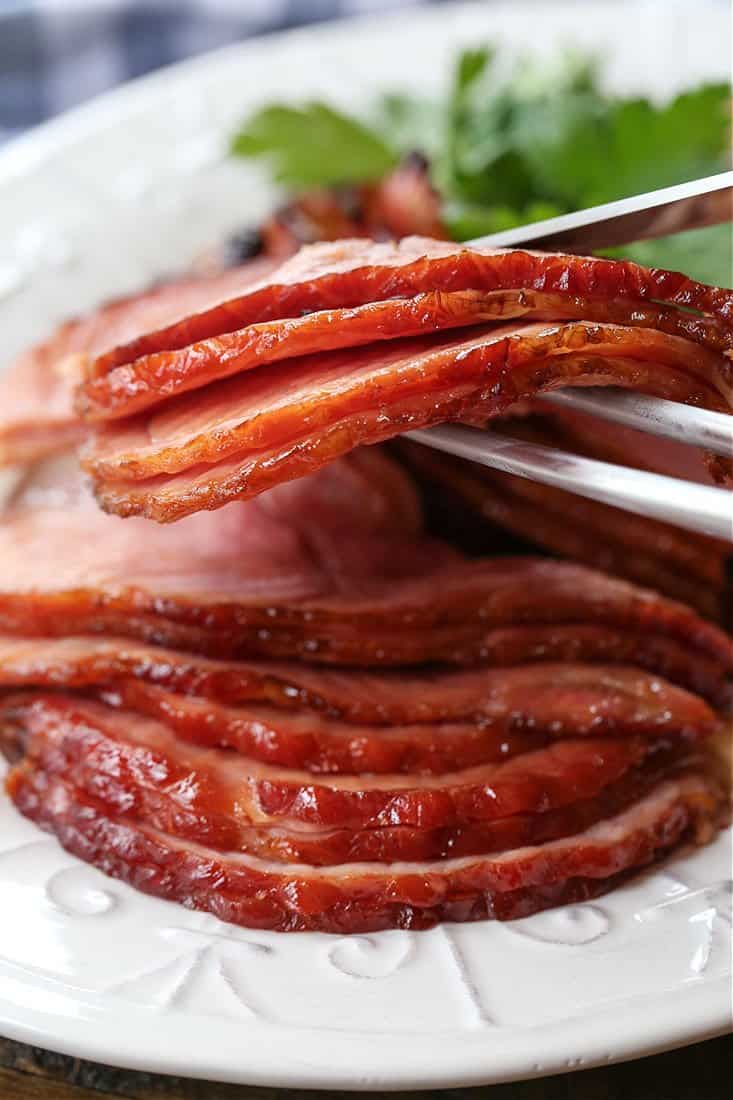 This delicious Apple Bourbon Glazed Ham will look stunning on your holiday table! We love serving this ham recipe for family parties and Sunday dinners too!

For The Bourbon Glaze: