This RumChata Toasted Almond Cocktail tastes like a boozy, liquid version of the classic dessert! Try this sweet martini instead of serving dessert!

We love serving dessert cocktails like this one! Be sure and check out our collection of Dessert Shots to serve at parties! 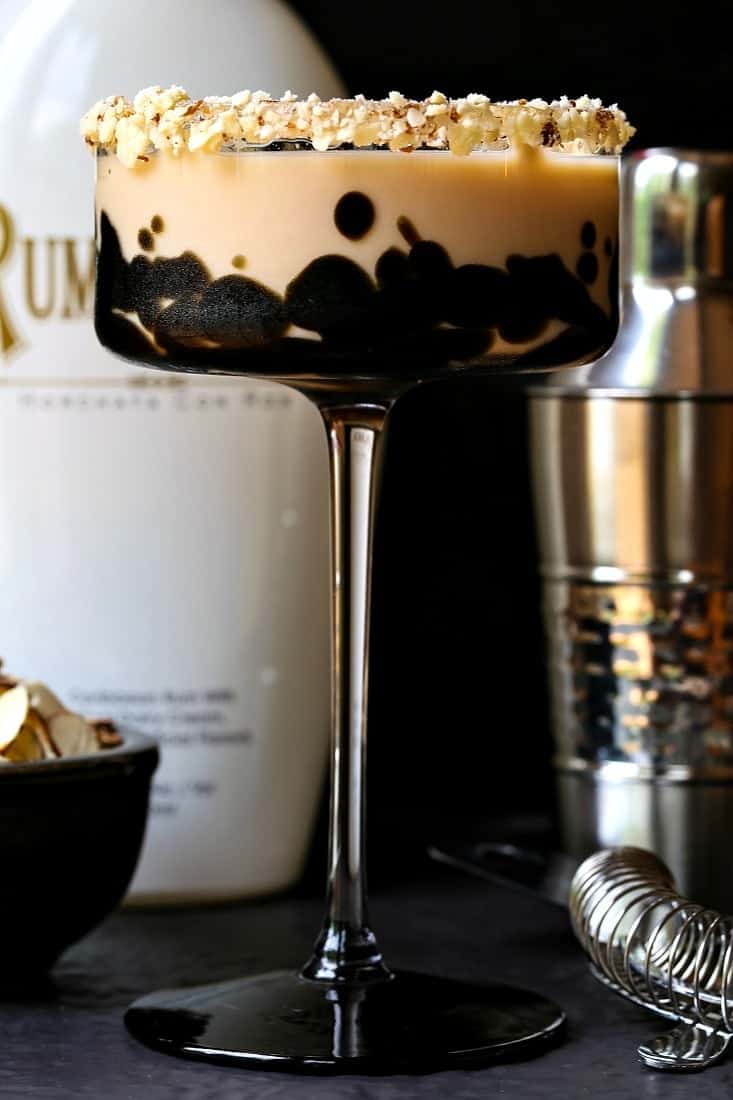 Why We Love RumChata Recipes!

If you haven’t gotten yourself a bottle of RumChata yet, I urge you to do so.

RumChata is one of the staples in my bar because for one, everyone seems to like it and for two, you can make so many different drink recipe with RumChata it’ll blow your mind.

RumChata isn’t just for making drink recipes, either. The flavor is so good on it’s own all you need to do is pour yourself a glass. On the rocks or straight from the bottle, both are good. So you can’t ask for much more that that am I right? A bottle of liquor that is so adaptable in so many drink recipes but also good enough to drink all by itself.

Again, go out and grab yourself a bottle ASAP. But for quick reference, RumChata is a cream liquor that is made with Caribbean rum, cream with flavors of cinnamon and vanilla.

I personally don’t taste a TON of cinnamon in RumChata when I drink it straight, it’s there but it doesn’t scream at you so don’t be afraid to mix it with things that you wouldn’t think necessarily go with cinnamon.

You can either bring out the cinnamon flavor or sort of push it down – however you need it for the drink recipe that you’re making. Just another reason why we love making RumChata drink recipes so much. 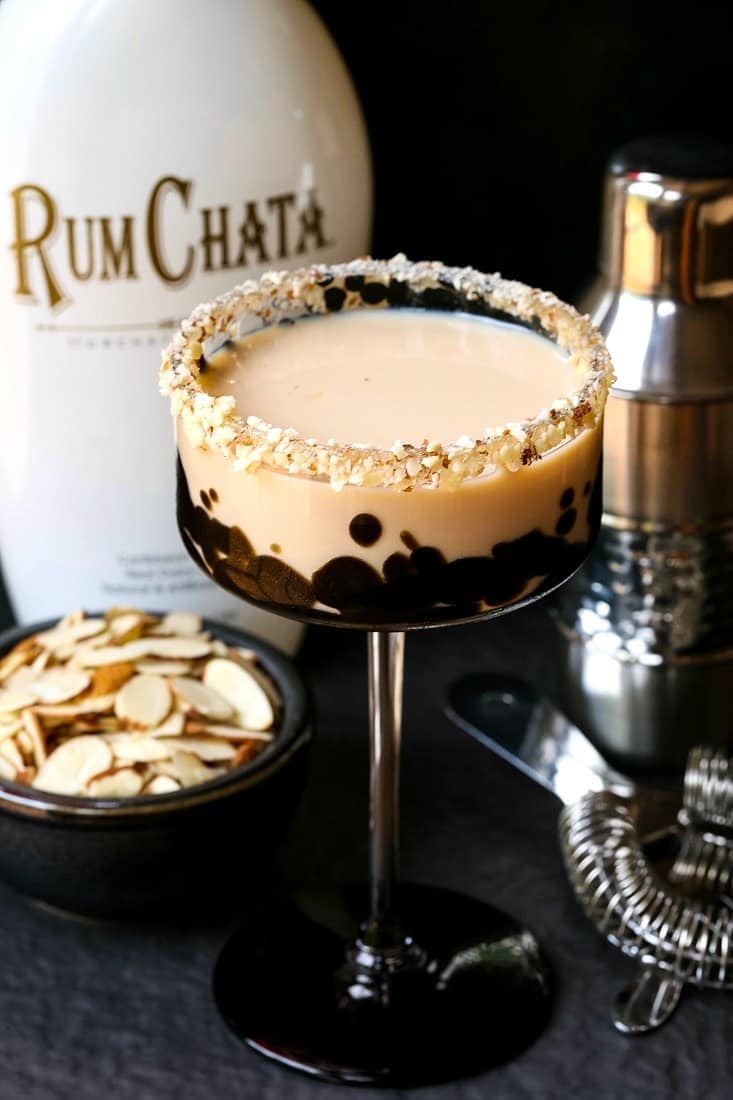 This creamy, sweet cocktail is going to be a hit with everyone, I can promise you that. From the newbie 21 age drinkers all the way through to your grandma. Trust me, we tried this RumChata drink out at our last family party and all drinking ages were represented.

Not one drop of this cocktail was left behind by anyone. 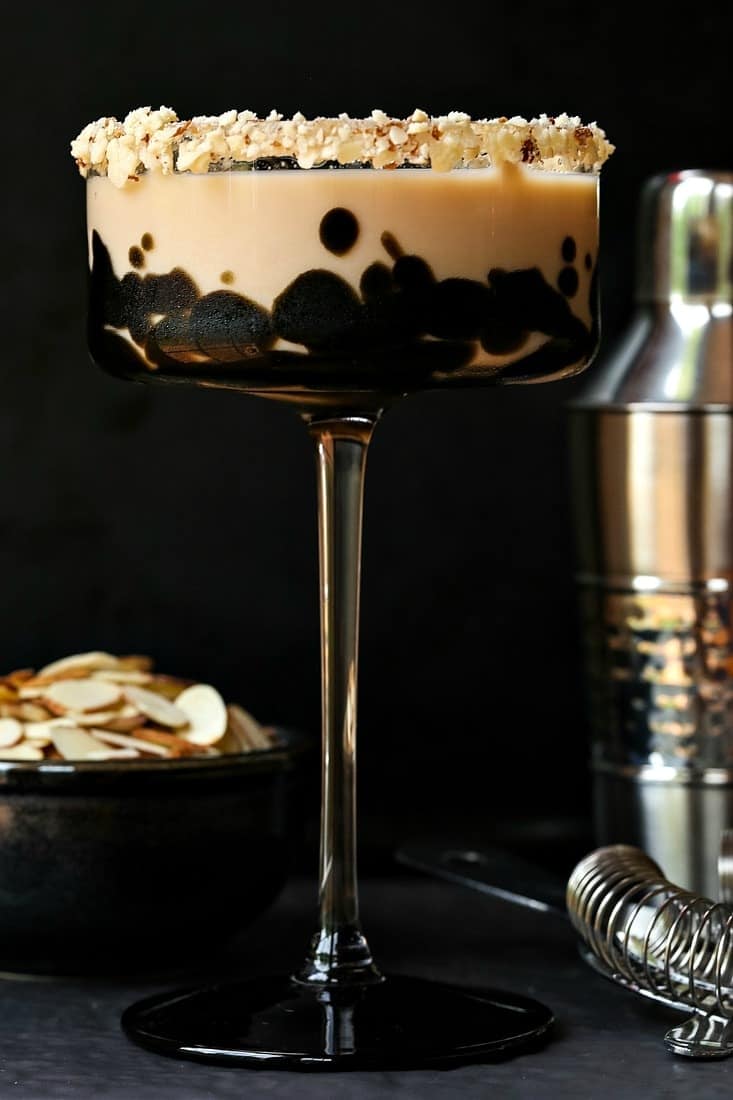 Don’t leave out the fresh almonds that rim the glass in these drinks, it brings home that almond flavor which is also brought out by the Amaretto liquor used in this drink.

If you really want to make this cocktail crazy good, try our Homemade Amaretto Recipe! You can make a bottle and keep it in your fridge for a really long time. My Amaretto runs out long before I ever have to worry about it going bad in my fridge.

Of course store bought Amaretto is just fine, this drink is really about the RumChata and there’s no substitute for that creamy, smooth flavor. 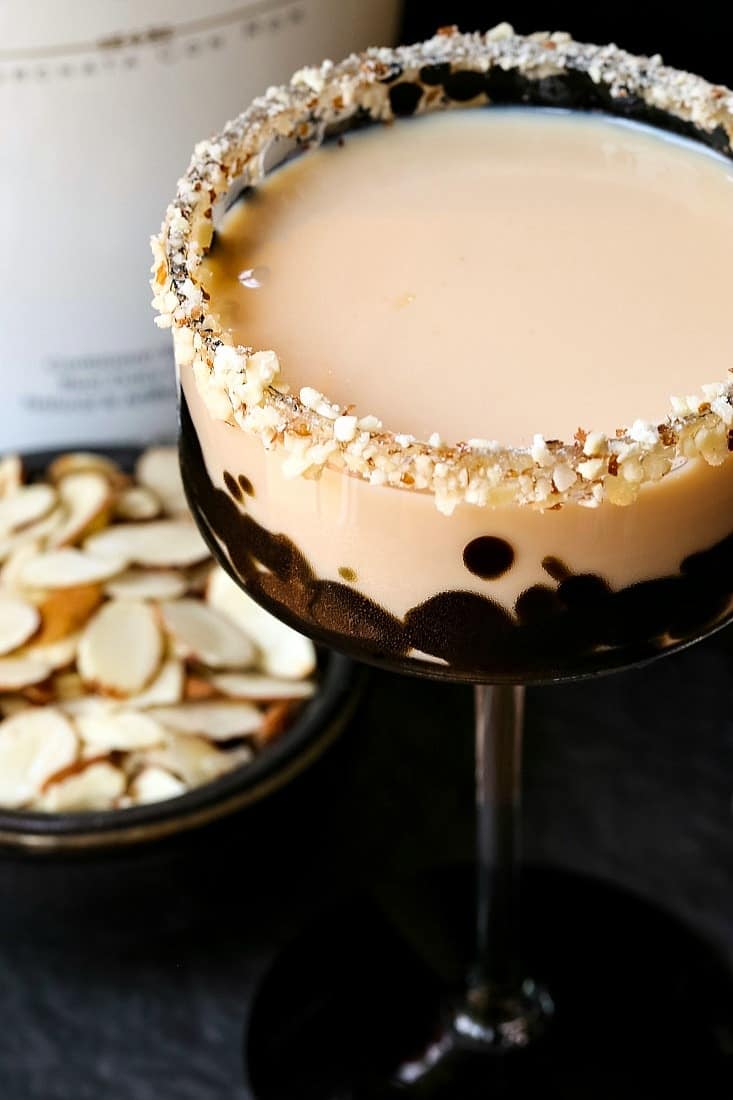 So instead of serving dessert after that big dinner you just made, try these toasted almond cocktails instead! Your friends will thank you, I guarantee.

This creamy RumChata cocktail recipe tastes just like the dessert we all love in boozy, liquid form!

Pour a shallow layer of the syrup onto a small plate, wide enough to fit the rim of the glass you are using. Add the chopped almonds to another plate and spread out into an even layer.

Dip the rim of your glass into the syrup, let the excess drip off and then dip the rim into the nuts, rolling around until the rim is completely coated.

Add all the ingredients for the cocktail into a shaker with some ice. Shake well and strain into the prepared glass.