Dill Pickle Ham Salad is an easy leftover ham recipe! This tasty ham salad with dill pickles works as a cracker spread or a sandwich filling!

We’re usually serving up our famous BAKED HAM for the holidays! We make sure to have leftovers for this recipe and so many other leftover ham recipes we love making! 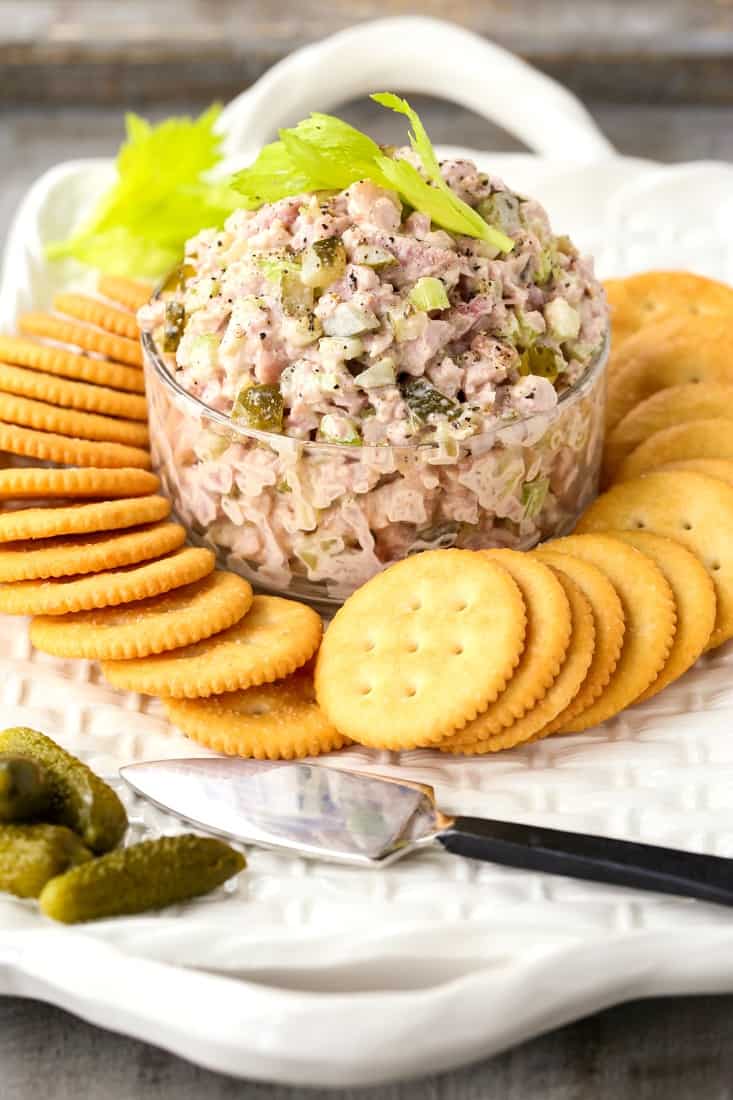 How To Make The Best Ham Salad

Ham salad is a great way to use leftover ham after a holiday or party, but we love ham salad so much we buy ham just to make this recipe!

You can eat it as a low carb snack or lunch with celery sticks or in lettuce wraps, or as a spread for crackers on a cheese board or filled into fluffy white slices of bread.

What you need to decide about ham salad is how fine you like the texture to be. We like our to have a little chunk to it like you see here, but you can process your ham in a food processor until it’s the texture of spreadable tuna salad if you like.

Then all if the ham salad ingredients get mixed together…chill…and your ham salad is ready to go. 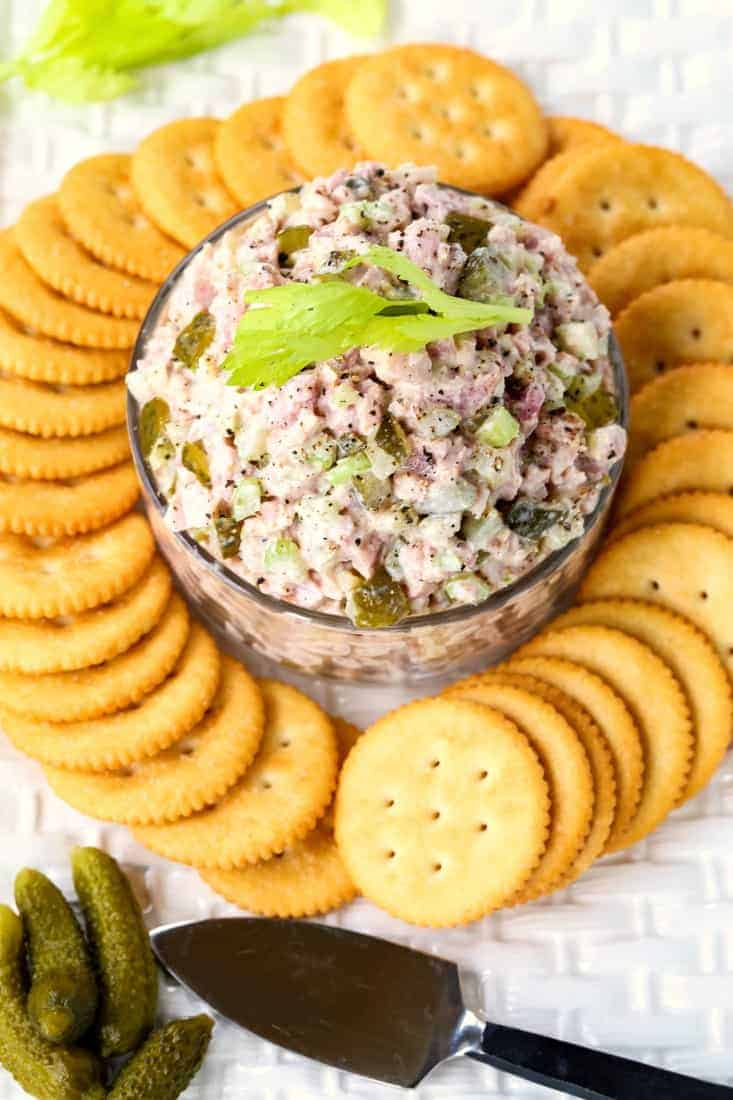 Adding dill pickles to our ham salad recipe wasn’t a big stretch, usually we use pickle relish or some chopped up pickles in our tuna salad too. The tangy pickles go so perfectly with the creaminess of this ham salad…you’re going to love it.

What Can I Serve With Ham Salad?

Like I said before, you can serve your ham salad on a cheese board for appetizers, or all on it’s own. Scoop it up with crackers, pita chips or even pretzel chips! Keeping it low carb? Try stuffing this ham salad into celery sticks or piled on top of cucumber slices.

Don’t forget to take this ham salad spread and make a sandwich too. That’s how our kids like to eat it, on white bread with cheese. Sometimes even grilled.

That’s where you can decide on the texture, if you’re using it in a sandwich you might want your ham salad finer more like a spread but it’s totally up to you. 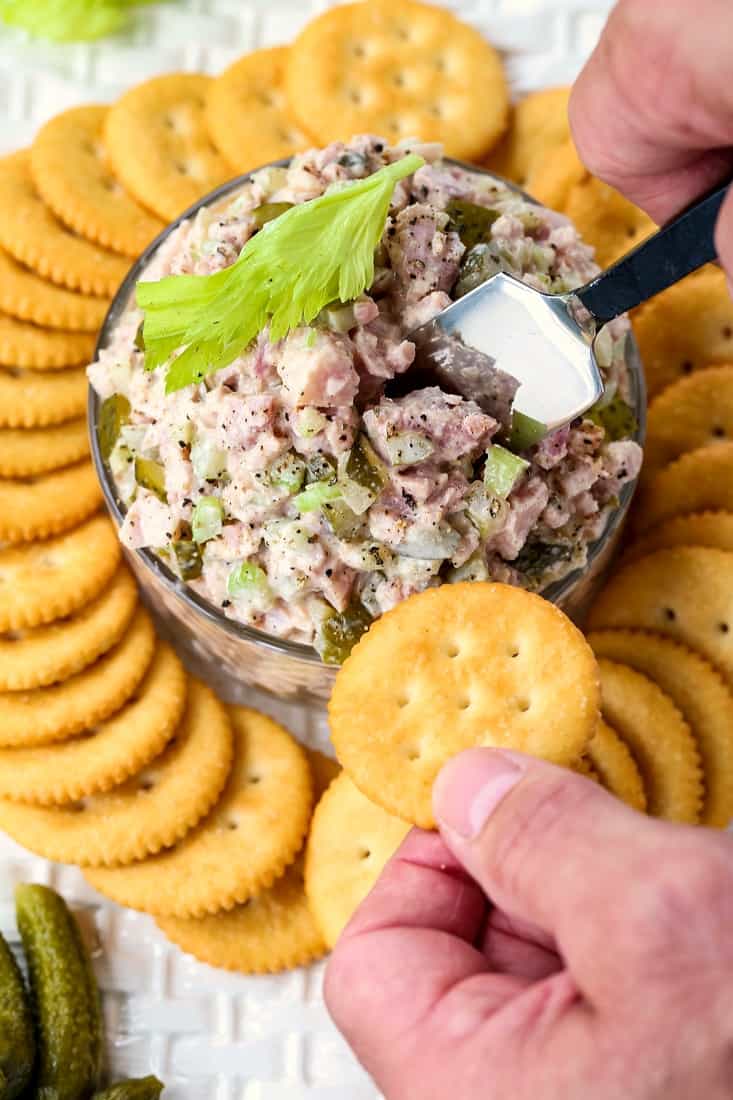 So what makes this the best ham salad recipe? Well it’s going to start with your ham. Taste the leftover ham that you are using to see how salty it is before you start adding any seasonings here.

Actually, I didn’t include any salt in this recipe because all ham is going to be somewhat salty. So you can season it as you like, more salt or not.

Can You Freeze Ham Salad?

So, this one I’m going to say is a matter of preference. Looking up a few different recipes, I did see some that said you can freeze ham salad…but I’m going to go with no.

Typically I don’t really like freezing anything with mayonnaise in it. The texture isn’t ever right after thawing out again, but like I said, it seems to be a matter of opinion.

What I would recommend is just freezing the ham itself. You can even process your ham to get it chopped up and freeze it into a 1 pound package, or a few packages. That way when you want to make some ham salad you can grab a package of ham from your freezer and make it fresh.

Also, you can definitely make this recipe without the pickles if you aren’t a pickle fan. It’s an easy ingredient to leave out and still be a delicious recipe! 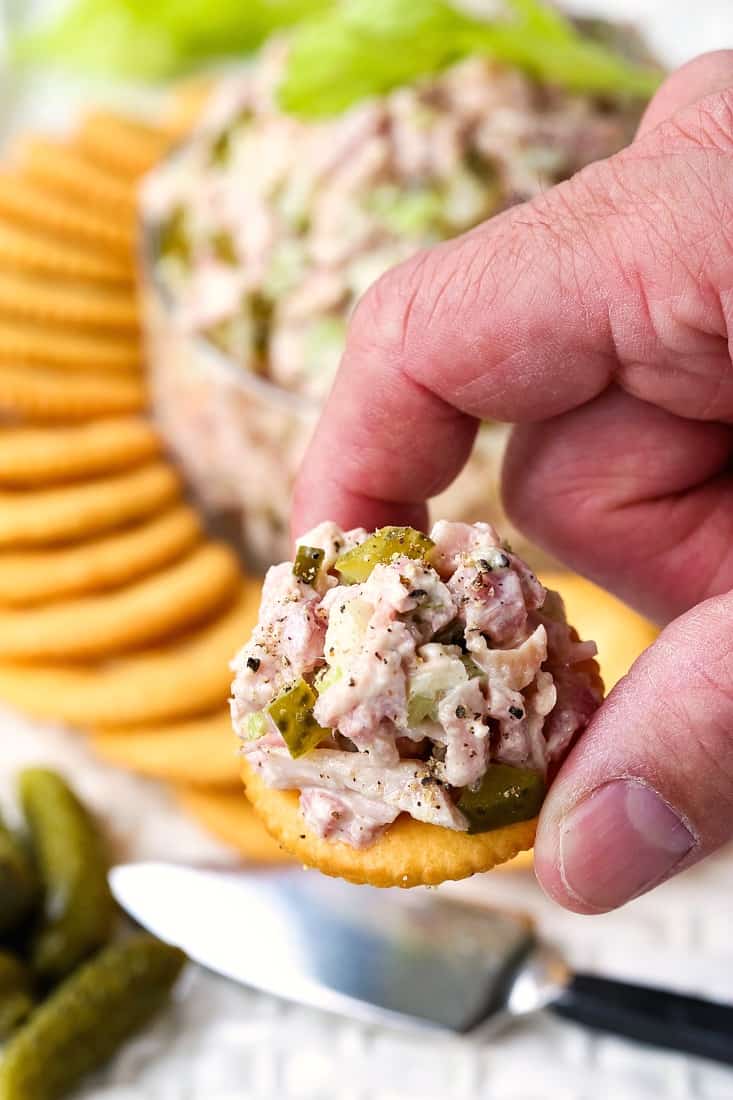 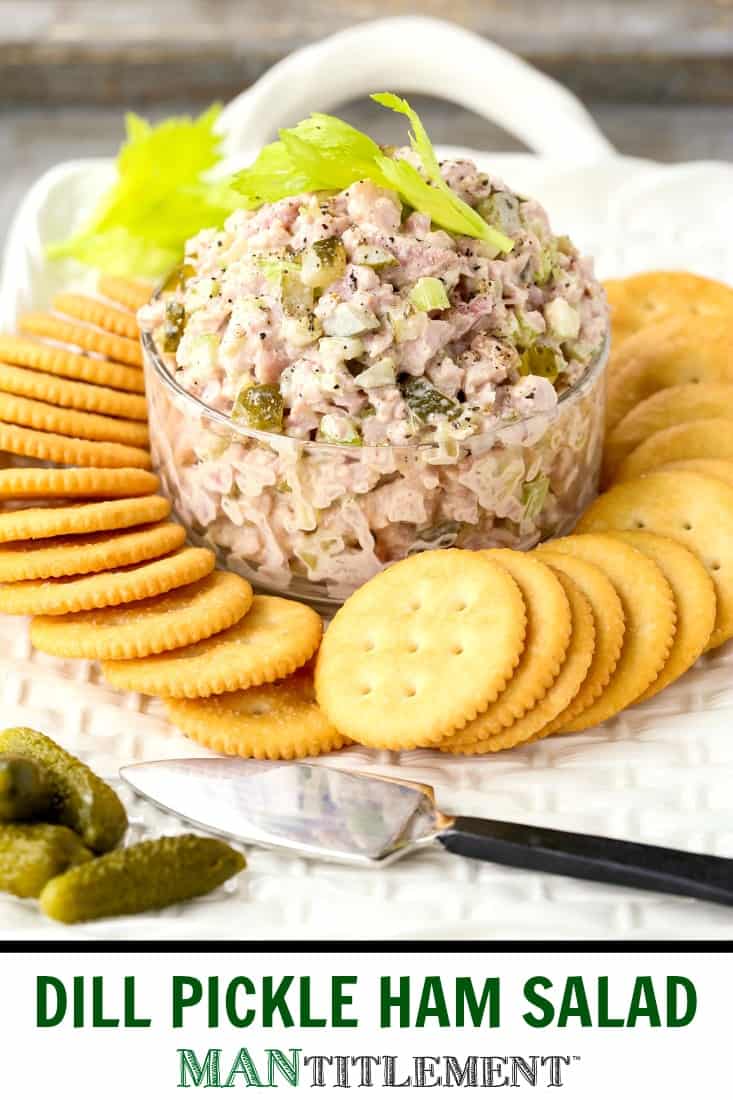 This delicious ham salad is the perfect way to use up leftover ham after a holiday! Even if you don’t have leftover ham, grab some from the deli or even use a ham steak!

There is no salt in this ham salad because I felt the ham was salty enough, but you can add a pinch of kosher salt to your taste.