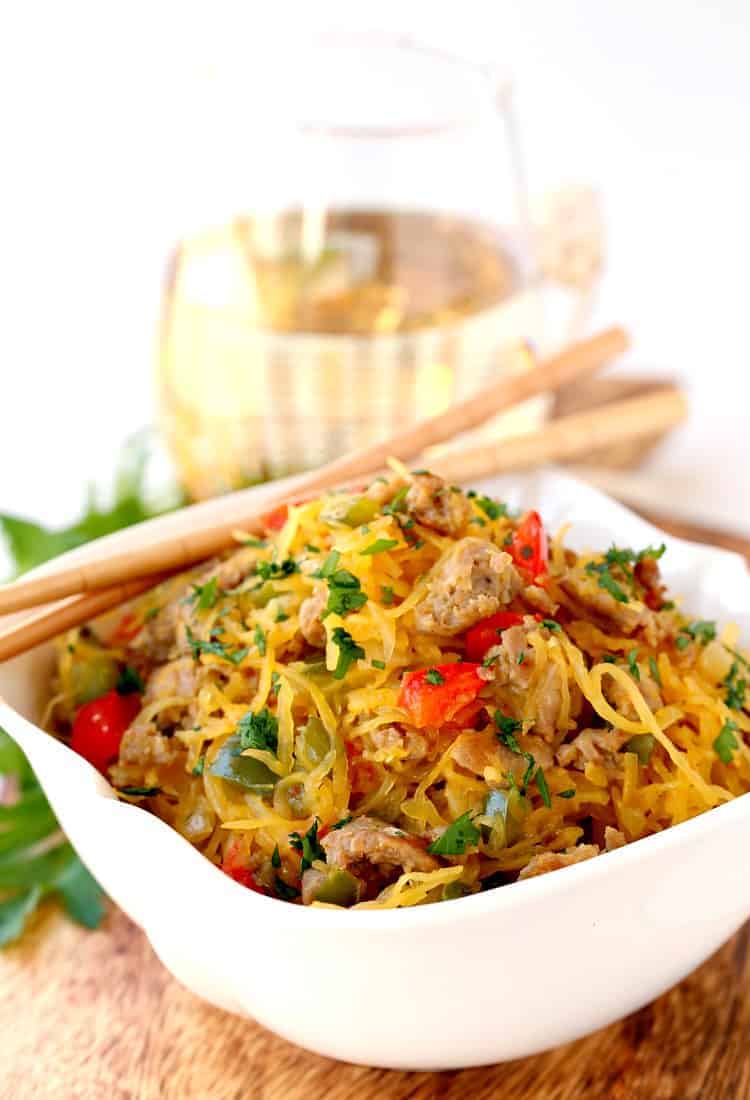 Try this Sausage and Pepper Spaghetti Squash Stir Fry tonight! This low carb dinner recipe is going to be a hit with the whole family! 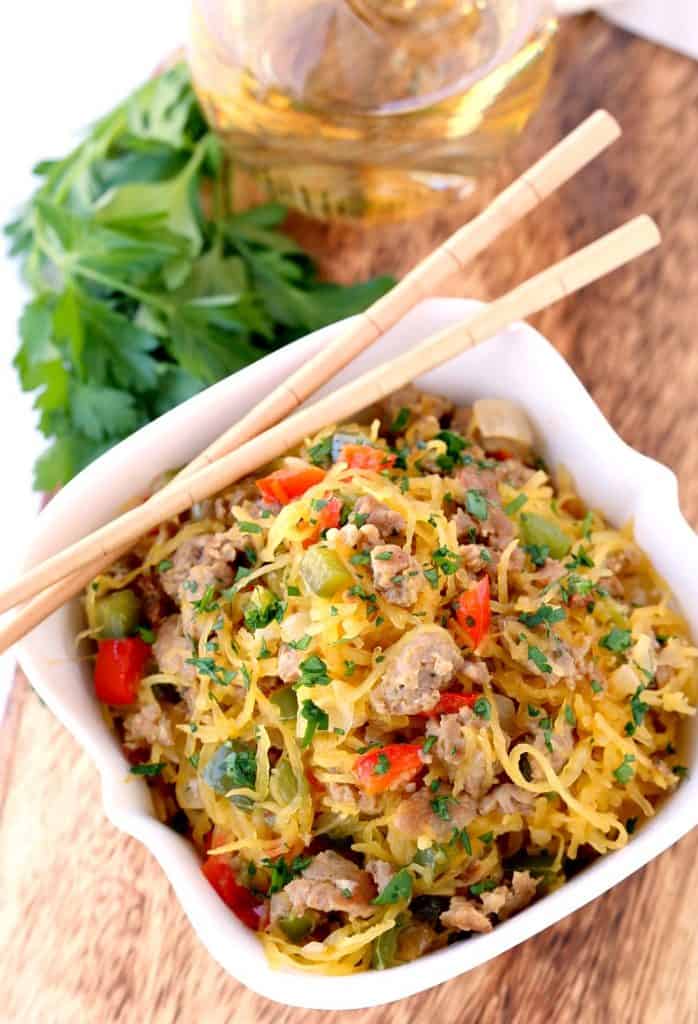 So we’re trying to get some more veg in our diet. But we like to do it in creative ways, like these Easy Chicken and Broccoli Meatballs.

Our boys LOVE those meatballs, I think it has a lot to do with our homemade Stir Fry Sauce recipe!

We could put that stir fry sauce on a flip flop and our boys would eat it. Kind of not kidding…

I eat whatever we make for the site here, no question about it, but my vegetable consumption could use some work. 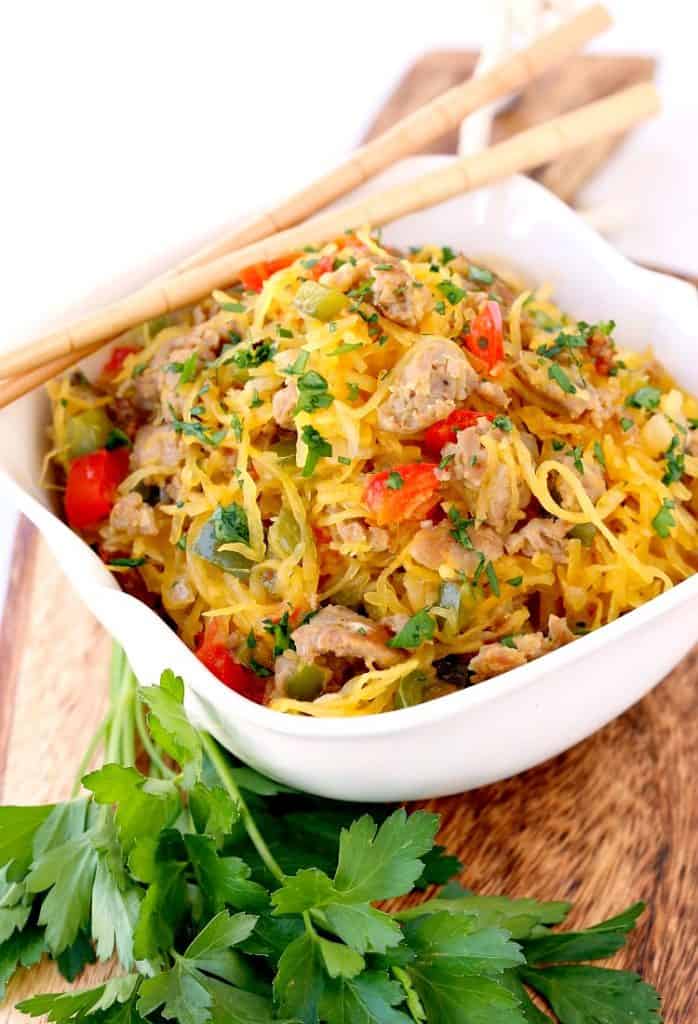 I’m a typical meat and potatoes guys for the most part.

Unless, of course you want to make something like this Sausage and Pepper Spaghetti Squash Stir Fry. This I’m going to eat – and a lot of it.

It doesn’t even taste like you are eating a bowlful of spaghetti squash. Just a tasty stir fry recipe with a little bit of Italian sausage mixed in…that’s what makes it taste so good.

Start out by roasting the squash in the oven. You can microwave it too, however you want to do it, but I’ve always oven roasted it. 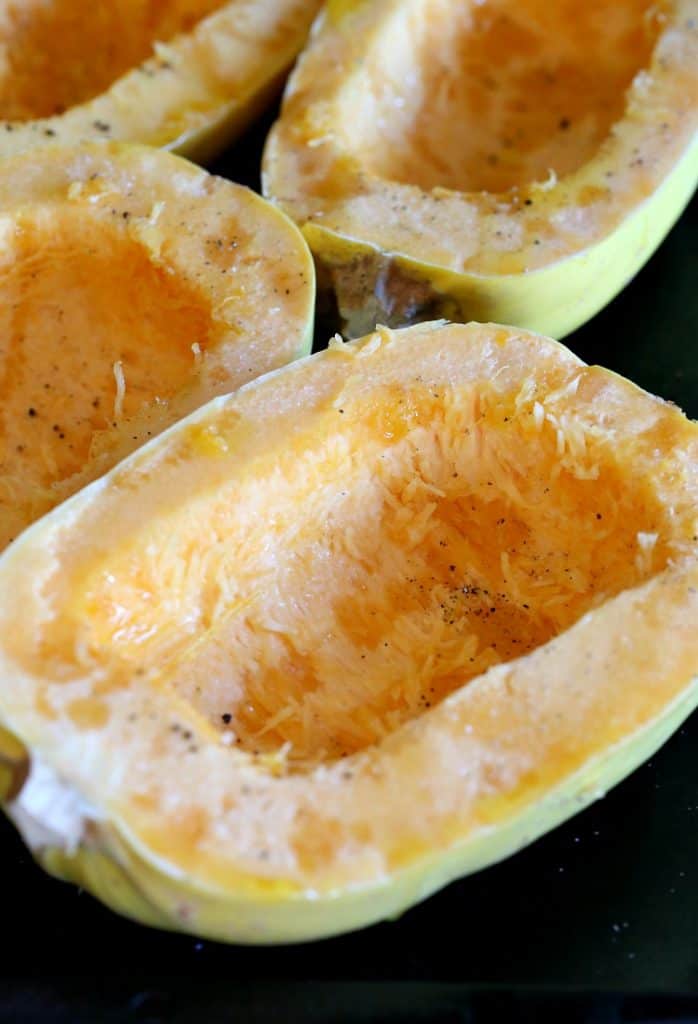 Scrape out the flesh into strands…that’s where you get the “noodles” from, then set it aside while you make the rest of this stir fry recipe

The sausage goes in first, then the peppers and onions and seasonings. Now you can go ahead and stir back in the squash. All the flavors will cook together for a few minutes and then it’s ready to serve. 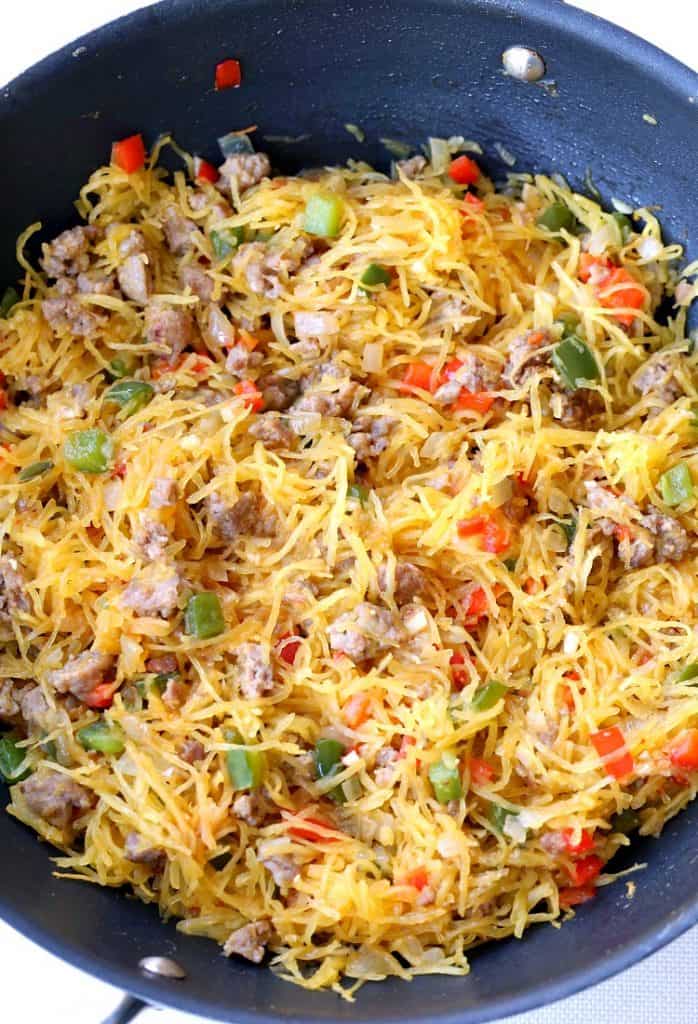 Half squash – half sausage and peppers. 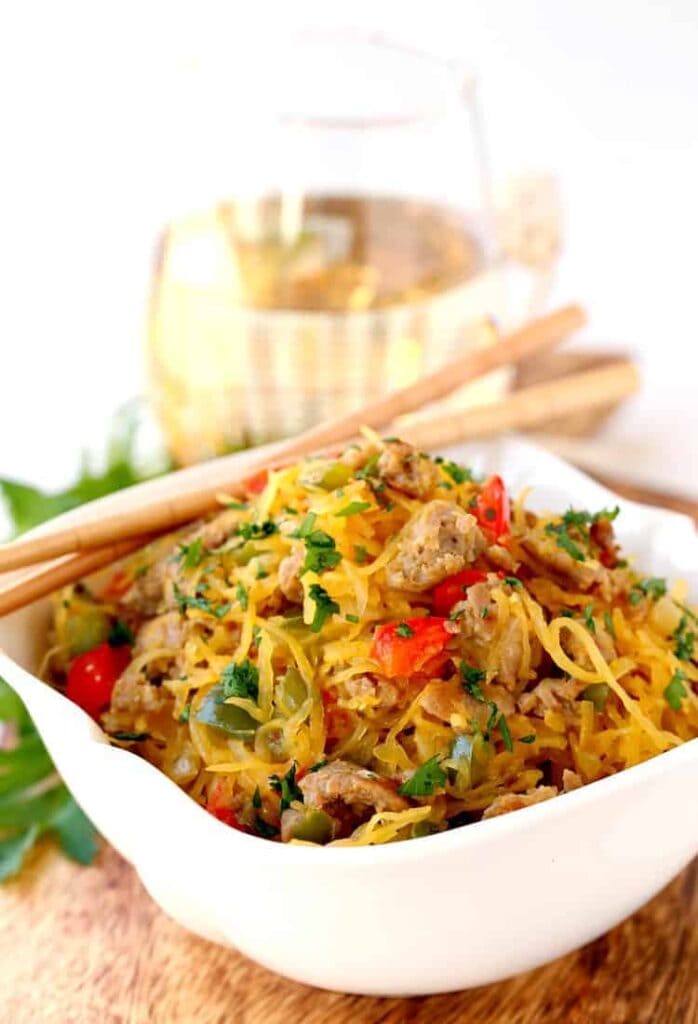 We first got the idea for this recipe on Fox and Briar, but switched up the flavors for a different twist – what other flavor combinations do you guys think would be good?

• How To Cook Spaghetti Squash

This low carb spaghetti squash stir fry is so delicious, you’re whole family will love it!