Fireball Apple Fritters will keep the party going on through dessert! Make these apple fritters at your next party and watch them disappear!

If you’re looking for a few other fun fritter ideas, check out our Reuben Fritters and Corn Dog Fritters. These recipes are bound to be a hit at any party. 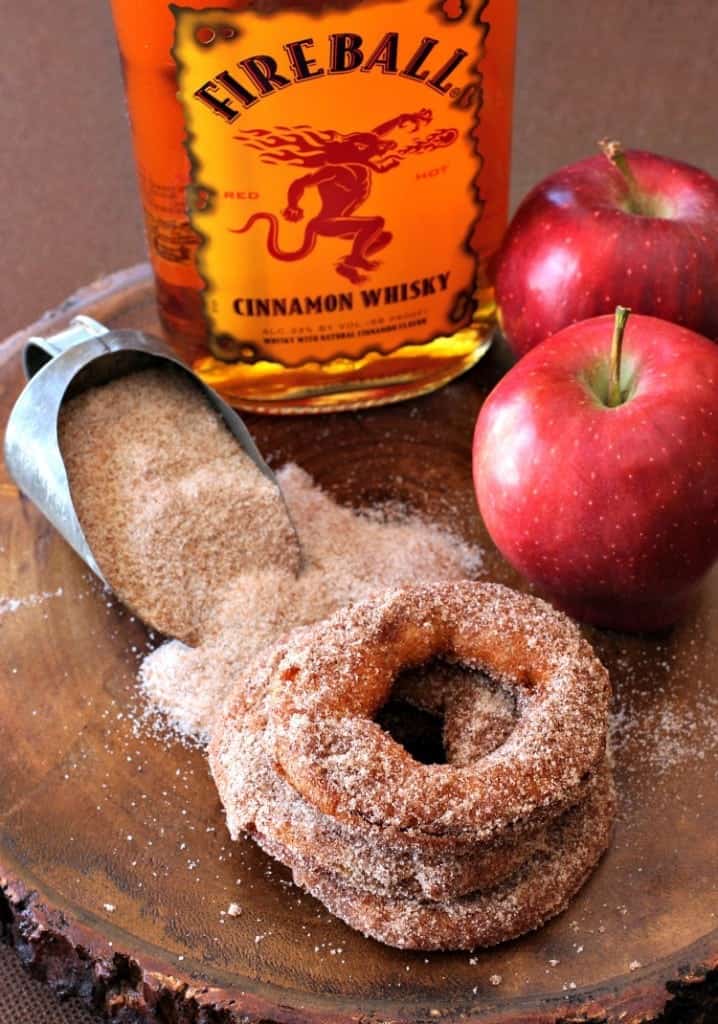 A Dessert Recipe For Parties

People go crazy over Fireball – in good ways and bad. I prefer to cook with Fireball as opposed to drinking it, but that’s just me. For me it adds a nice cinnamon-whisky flavor to your food without having to spend to much on the bottle.

I’ve done a few desserts with Fireball that have been pretty popular so far…these Fireball Whiskey Cheesecake Shots and these Fireball Whisky Apple Pies. Usually when we have apples we throw together an easy apple crisp for dessert, but today it’s going to be all about frying up some fritters.

How To Make Fireball Apple Fritters

I kept the skin on for these fritters, you know for the added nutrients add all…but if you prefer to peel them it’s totally fine too. 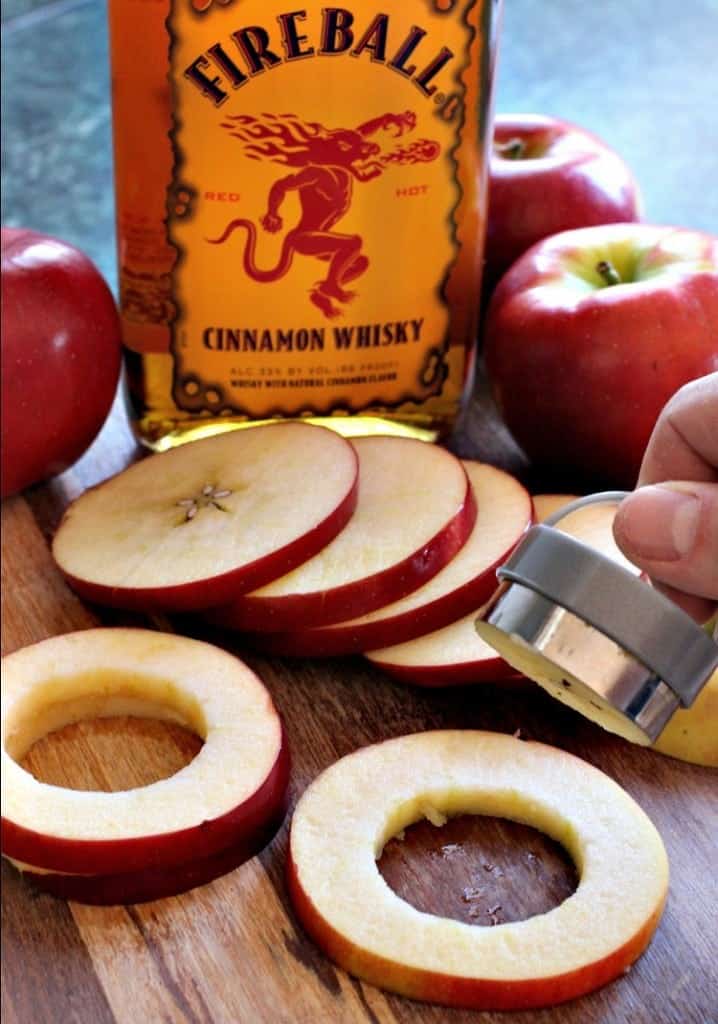 Dip the apple slices into your Fireball Spiked beer batter…yep, we’ve got a really boozy batter here, beer AND Fireball… 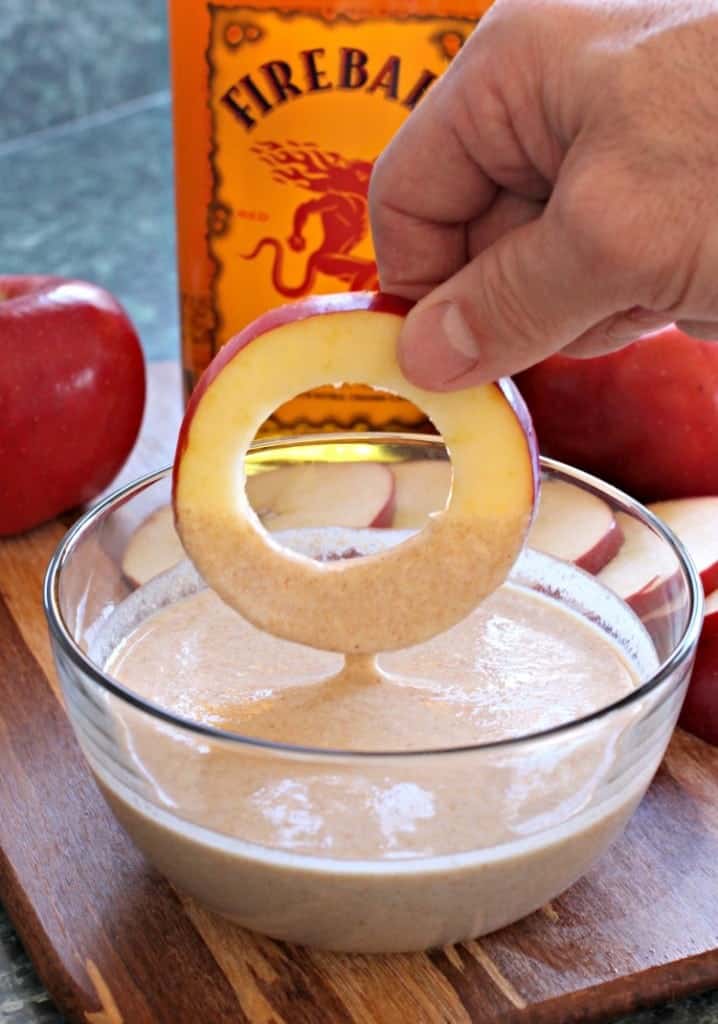 Then once your oil is ready you can start dipping. We used a smaller pot so that we didn’t have to heat up a lot of oil so we fried about 3 at a time. But if you want to get a big pot heated up you can do more per batch as long as the apple slices are in the oil and not touching. 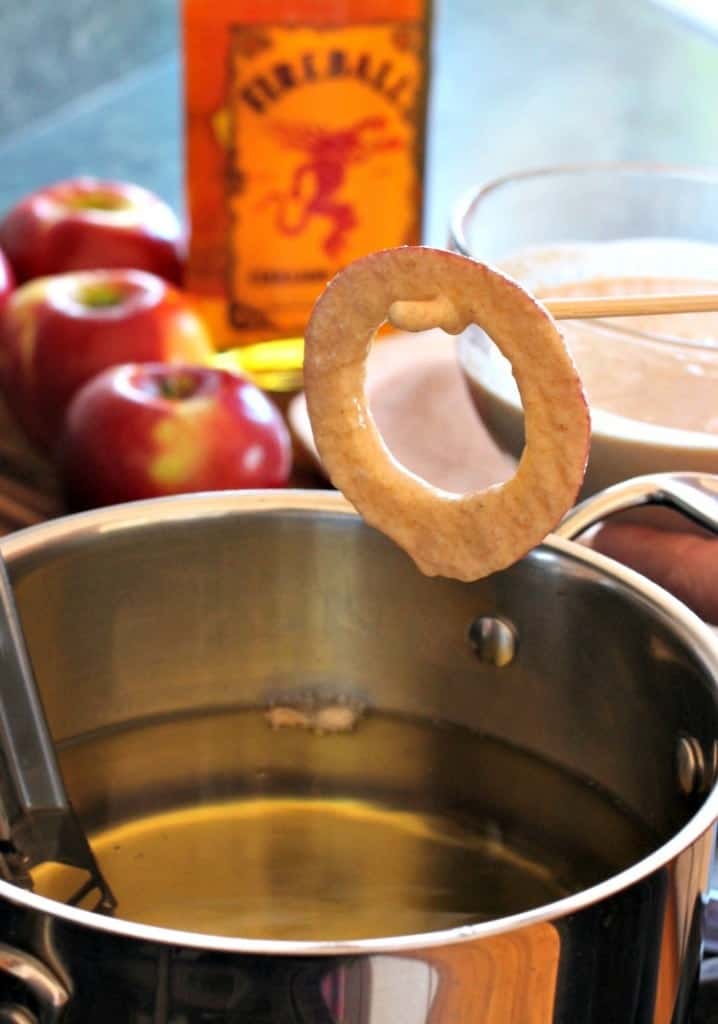 Look at that fritter frying up nice and crispy… 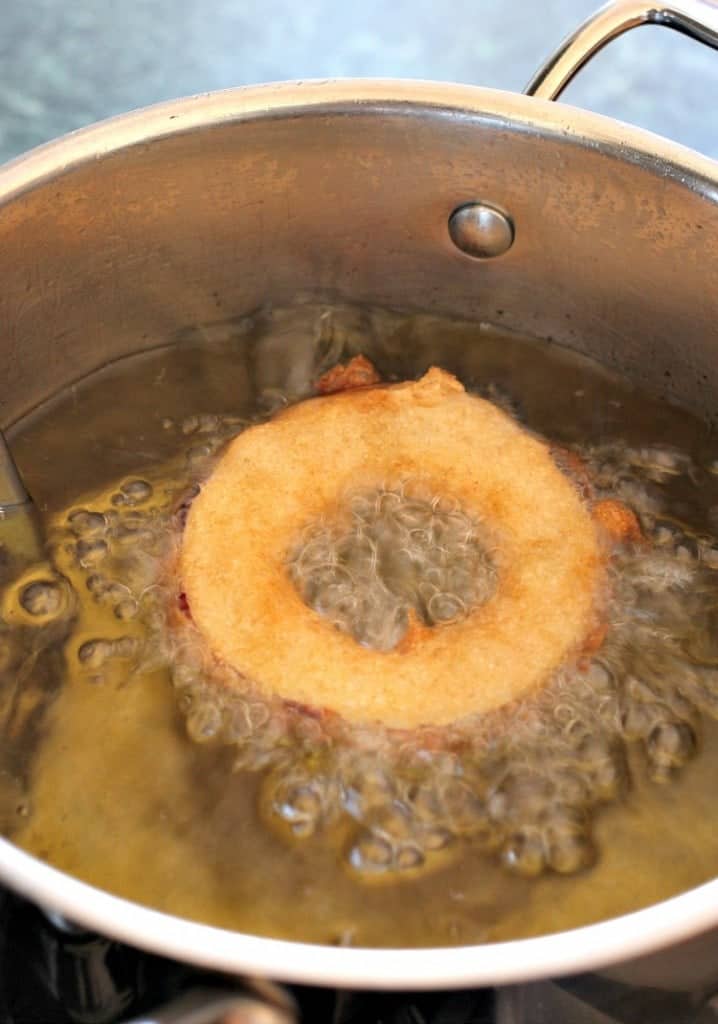 When they’re done, drain them on a paper towel a few minutes and then while they’re still hot toss them around in cinnamon sugar. These Fireball Apple Fritters are seriously amazing – eat them all by themselves or place a big scoop of vanilla ice cream on top. You’re call. Just make sure you have enough to go around! 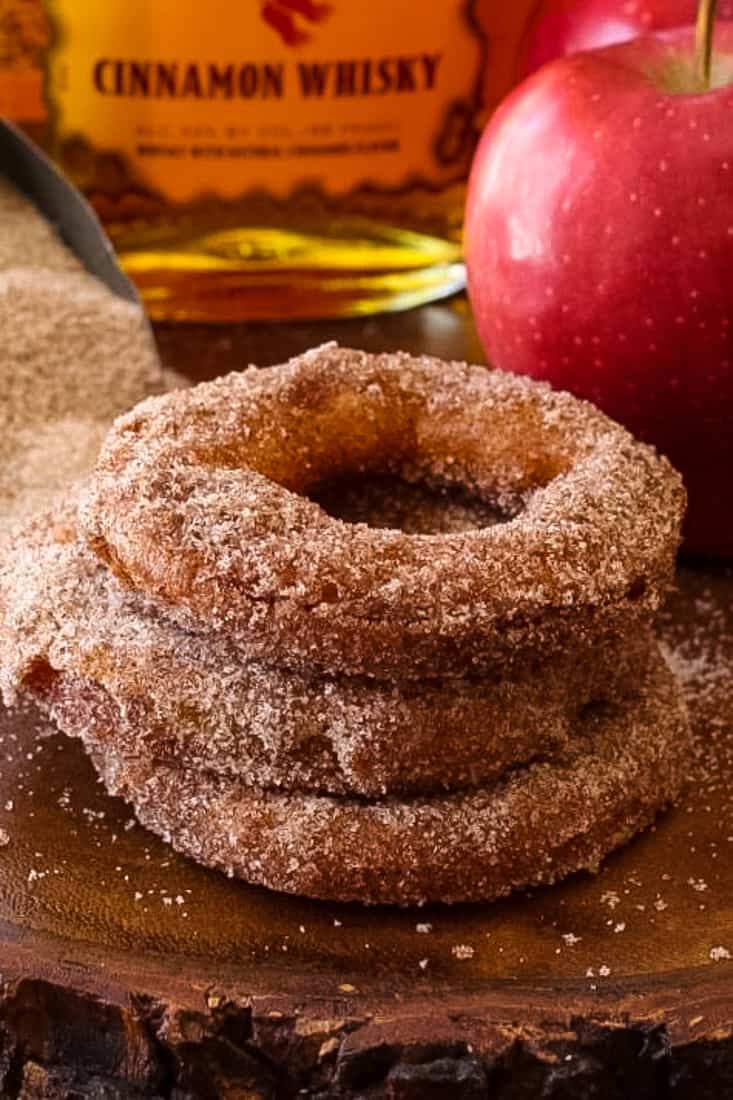 Fireball Apple Fritters will keep the party going on through dessert! Make these apple fritters at your next party and watch them disappear!