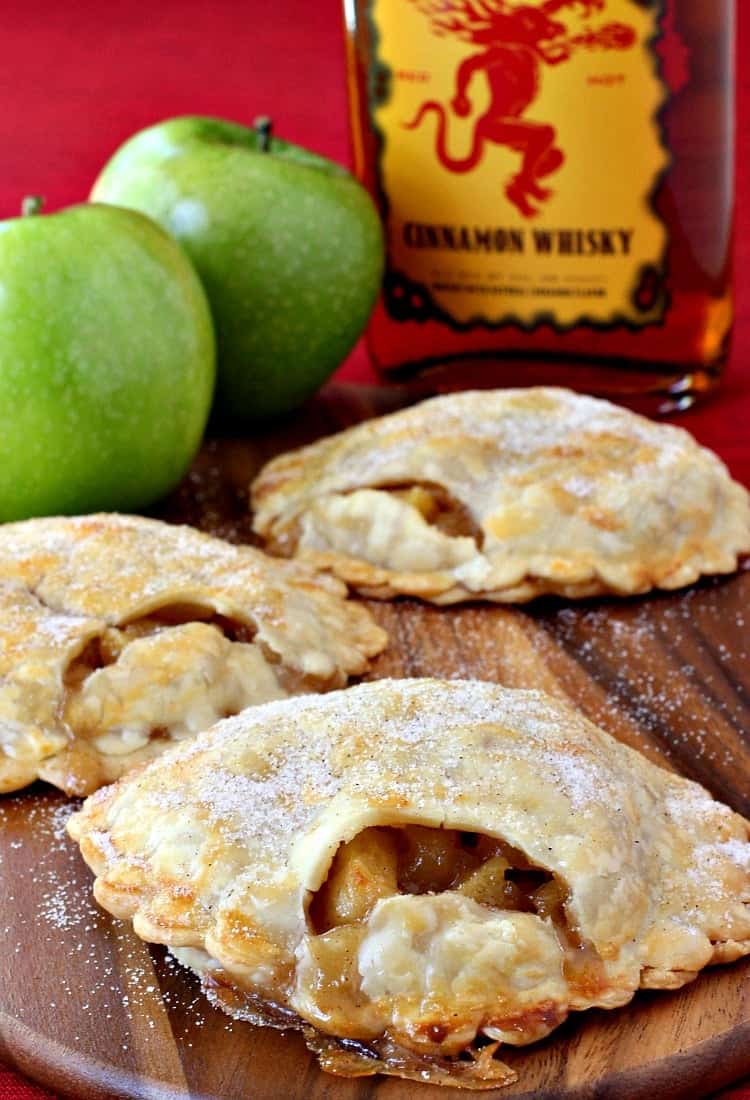 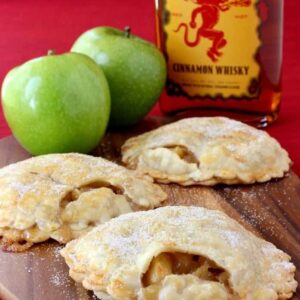 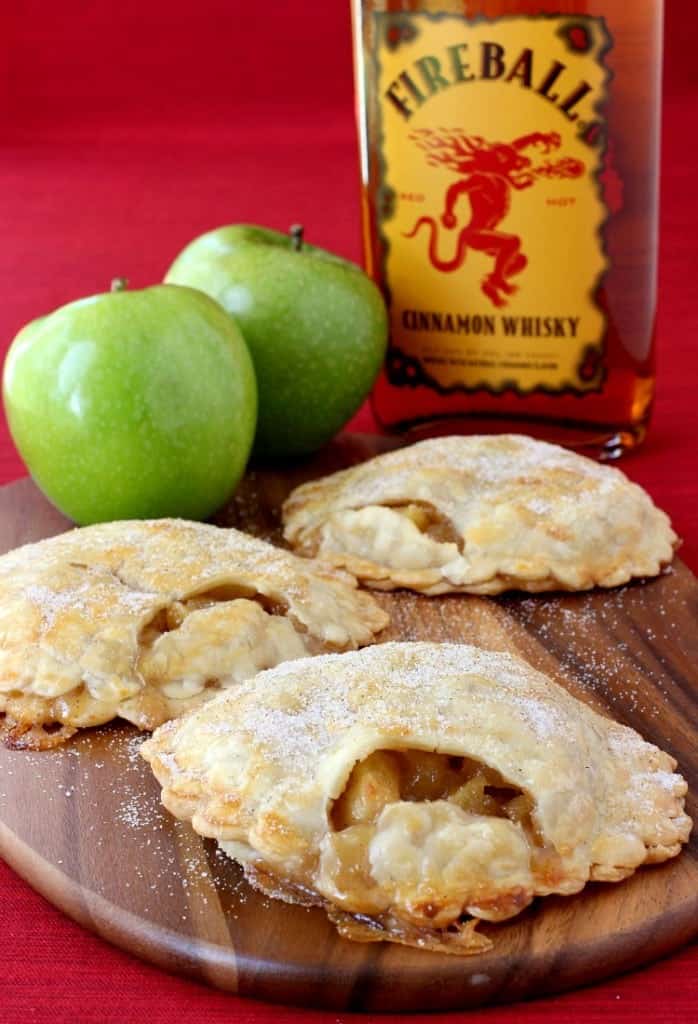 Here I go making another dessert. With booze, of course, just like my other dessert recipes.

Can I Use Store Bought Pie Crust?

I’m not making pie crust from scratch. Pillsbury does just fine all on it’s own.

I will make the filling though. It’s pretty easy to chop up some apples and cook them down with a little sugar, flour and yep – Fireball.

How Much Alcohol Is In This Apple Pie Recipe?

If I’m making a boozy dessert I can tell you there’s got to be more than 1 tablespoon of booze in the recipe. It’s really annoying when you find a boozy recipe…then look through the ingredients and they telling you to add a tablespoon of liquor. Who’s going to even taste a tablespoon of anything put into a recipe?

So we’re going to get as much Fireball into these Fireball Whisky Apple Pies as possible.

I like to chop the apples up kind of small since we’re making smaller apple pies instead of one big one. Add those chopped apples to a pot with sugar, applesauce, nutmeg, cinnamon and butter. Cook down for 15 minutes then add your Fireball. 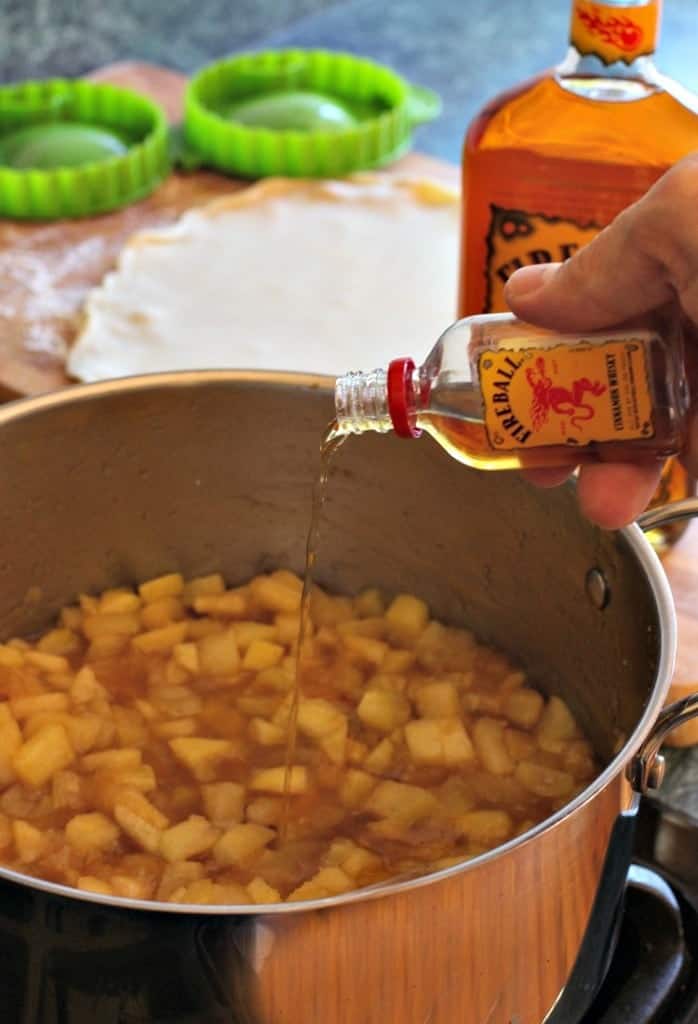 Taste, repeat, try not to keep repeating and let cool.

I used this Pie Mold that you cab grab on Amazon but you can cut these into any shape you want to. Triangles, circles, whatever. You can take the filling and make one big pie if you want too. This is your party, I’m just here to help. 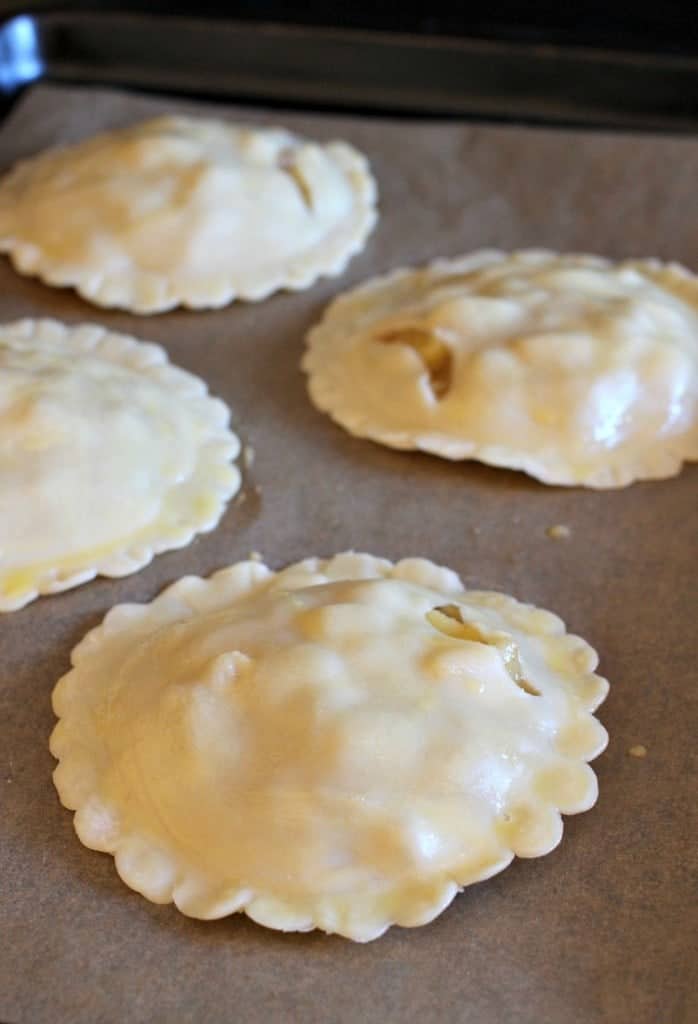 When these boozy pies come out of the oven your going to cover the tops with a mixture of cinnamon and sugar, just to kick up the Fireball flavors a little more. 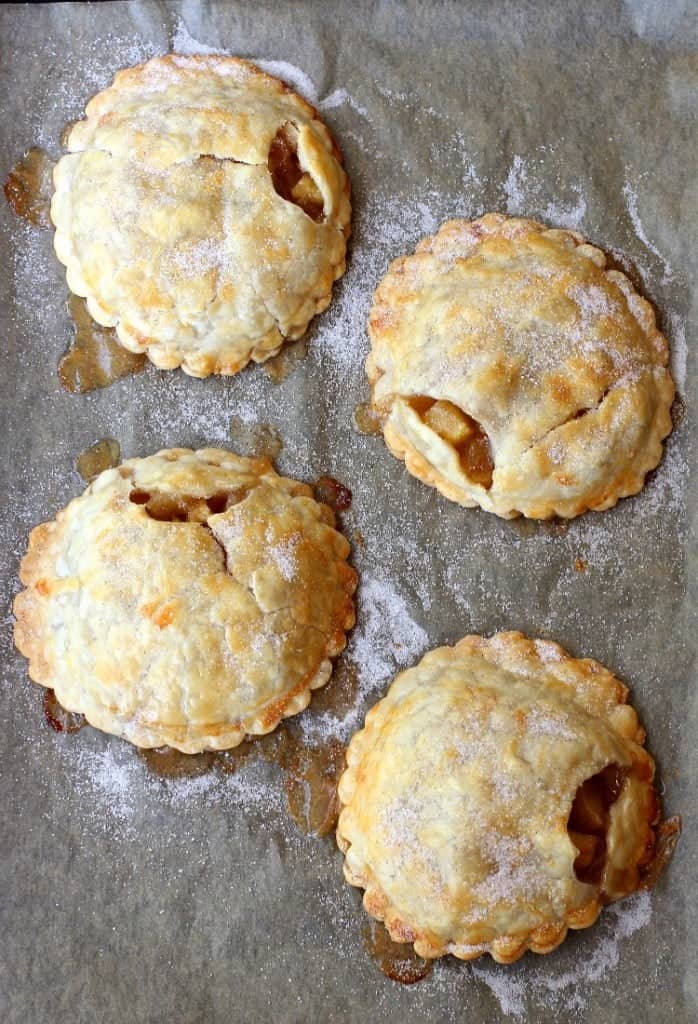 Now let them sit on cooling rack until you’re ready for them.

Stay calm – have a couple shots of Fireball and try not to eat them all before it’s party time.