Sausage and Pepper Quesadillas are filled with caramelized onions, cheese and tons of sausage! There’s nothing better for dinner or appetizers than quesadillas! 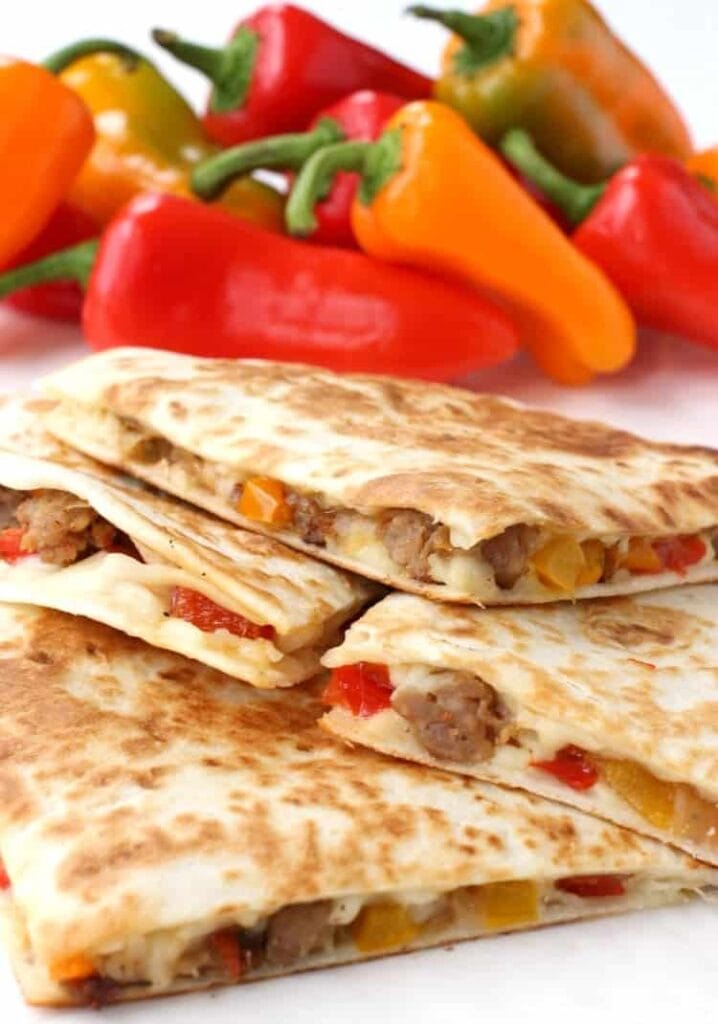 Quesadillas are always a huge hit for dinner or appetizers at a party. You can pretty much get anything you’ve got in your fridge tucked inside a couple tortillas and load on some cheese and you’re all good.

We have our favorites for sure – like Chicken Enchilada Quesadillas or Korean Beef Quesadillas, or our recipe for Thanksgiving Quesadillas that’s always popular this time of year. But I’ve got to tell you, these Sausage and Pepper Quesadillas are way up on the list – if you’re a fan of sausage and pepper sandwiches then you’ve got to try these out!

The key to this sausage and pepper filling is the marsala wine. Whenever we make sausage and peppers at home we add in lots of marsala. Not the cooking kind that you can buy at the grocery store, but good marsala wine – sweet or dry – it depends on what you like. But seriously, it only costs about 8 bucks for a bottle at the liquor store. It’s definitely worth it…and you know you’re there anyway so…

How To Make Sausage and Peppers Quesadillas

Add that to the bowl with the sausage and mix it all together. That’s your sausage and pepper filling – try to stop eating it right from the skillet. Really. Try not to because it’s going to make the best quesadillas ever… 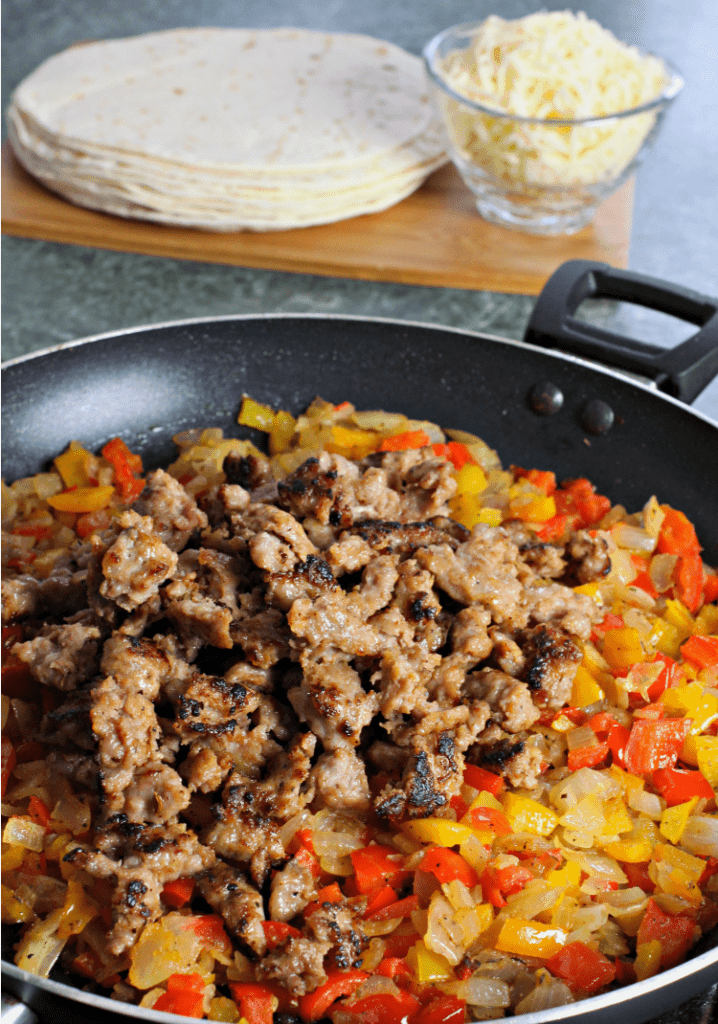 Using the same skillet, place in one flour tortilla over medium heat. Pile on the sausage and pepper filling and tons of cheese, then place another tortilla on top.

Press down with a dinner plate and let it brown for 3-4 minutes on that side…then carefully flip over to the other side and let brown another few minutes until nice and crispy.

Remove the quesadilla to a cutting board and repeat. You’ll get about 5 large quesadillas with this recipe. So either you’re going to serve 5 really hungry people for dinner or about 6-8 normal people. For appetizers cut into 6 pieces instead of four, the Sausage and Pepper Quesadillas will feed a crowd! 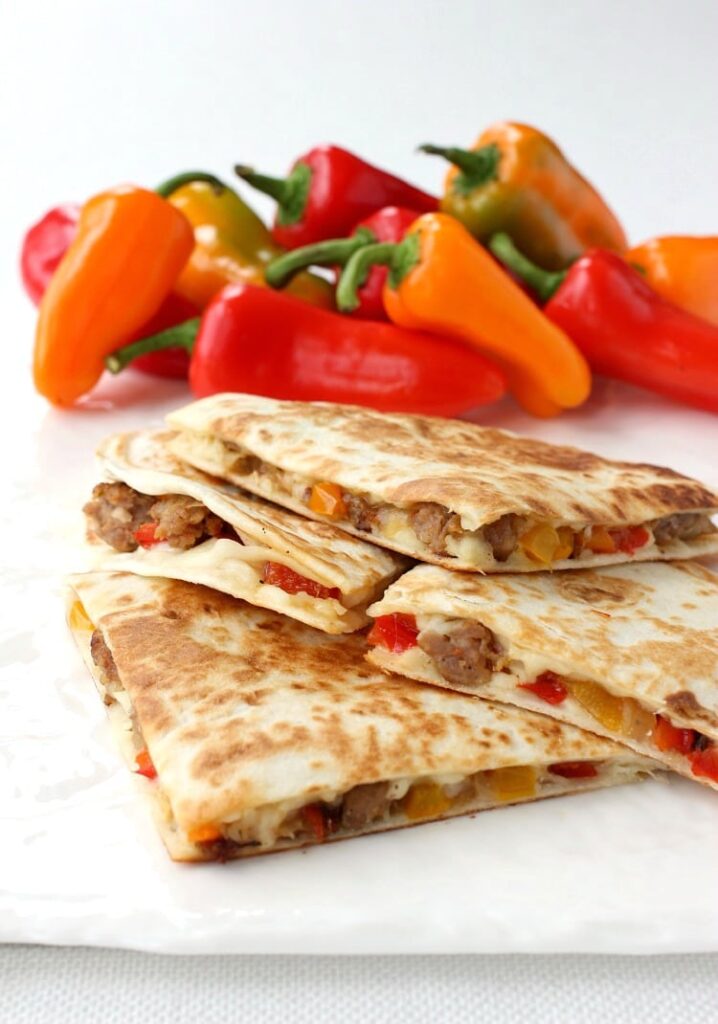