This Dark and Stormy Cocktail is made with just two simple ingredients! Ginger beer and dark rum come together with fresh lime to make the most refreshing cocktail!

Rum cocktail recipes are some of my favorite. That is, of course, if you’re not just sipping rum straight out of the glass. Also try this fun Piña Colada, another class summer cocktail made with rum, or this super fun but deceptive Mai Tai, because if you know you know. 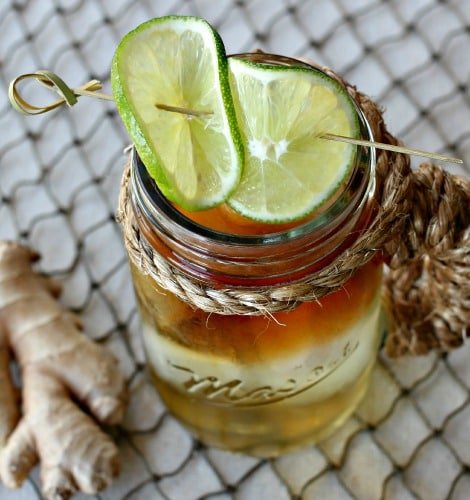 A Classic Dark and Stormy

Dark and Stormy drinks are made with ginger beer and dark rum. That’s all folks. The combination works beautifully and is only enhanced by a few fresh slices of lime, or lime wedges.

You can your favorite dark rum for this cocktail recipe, I love a good quality rum that has a lot of spicy brown sugar and vanilla flavors that play off of a spicy ginger beer. There’s a reason that this rum cocktail has been around for a long time, it’s easy to make and the flavor can’t be beat.

Nope. Ginger beer isn’t really beer. Or beer in the sense that you’re thinking of. There’s actually no alcohol in ginger beer at all. However…there are versions of ginger beer today that do have alcohol in them, but traditional ginger beer does not.

Furthermore, ginger beer and ginger ale are also different. Ginger beer is made with real ginger that’s brewed over a few days, where ginger ale is typically made with a ginger syrup.

So, yes, you can use either one to make this Dark N’ Stormy drink, but traditionally it’s made with non-alcoholic ginger beer. 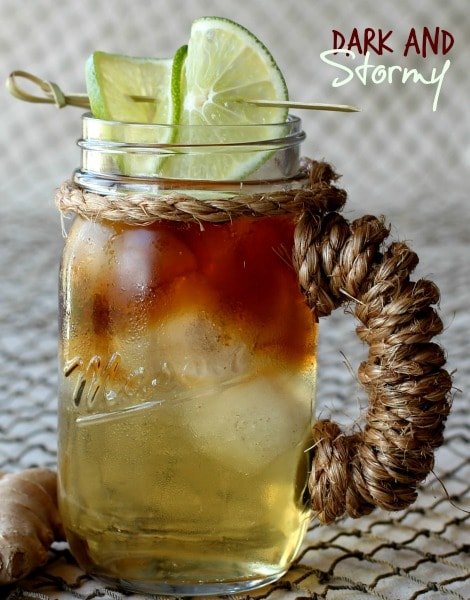 What Food Recipes Should I Serve With A Dark and Stormy Cocktail?

For a cocktail that has a slightly spicy, pretty boozy kick like this one, you don’t want something that’s overly heavy or super cheesy. Just a light bite on the side works great with this rum cocktail, here’s a few ideas!

You can also head over to Food Fanatic for the full post and recipe…they’ve got some amazing recipes to check out while you’re there!

This Dark and Stormy Cocktail recipe has a super boozy kick from a layer of dark rum. Use your favorite ginger beer or an alcoholic ginger beer to give this drink an extra kick!