If you love tacos as much as we do, try our Homemade Beef Taco Recipe with a “crunchy” shell…or these fun Pan Fried Beef Tacos! Or for a low carb taco recipe you can try our famous Naked Sheet Pan Tacos! 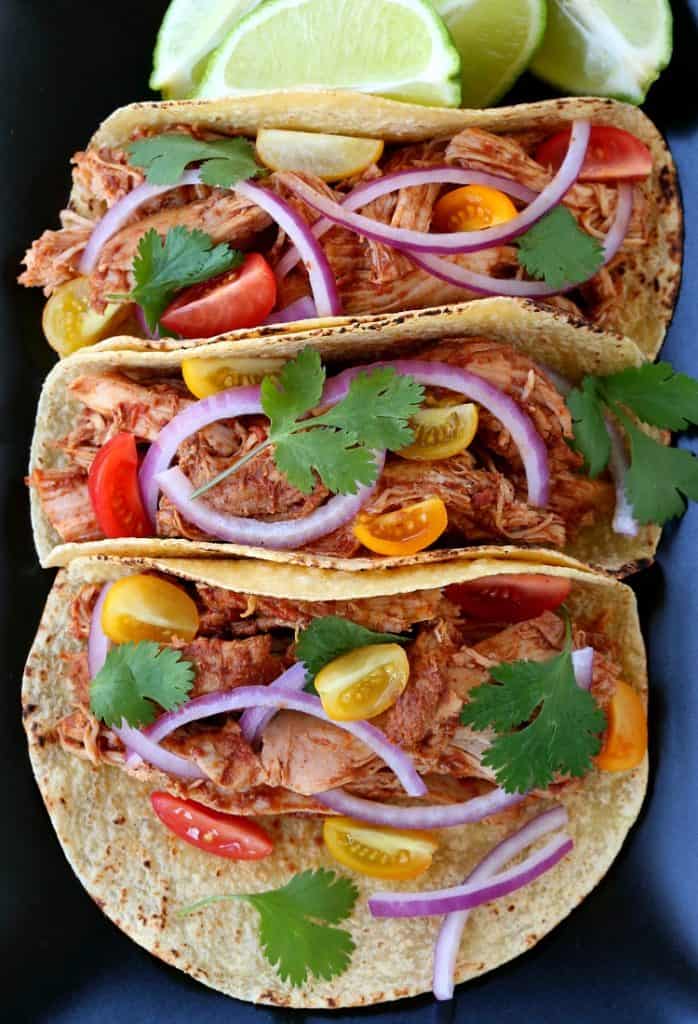 Who Doesn’t Love An Easy Taco Recipe For Dinner?

Taco night – it’s still the best dinner night, am I right? The kids love it and so do the adults so that’s a dinner night win all around.

A favorite recipe around our house are these Slow Cooker Crispy Chicken Carnitas, we’ve actually unplugged our slow cooker full of this chicken and headed over to our friends house with tortillas in hand.

Totally fun for parties, an easy dinner or for meal prepping for the week. The shredded chicken from that carnitas recipe is crazy good in salads or sandwich wraps too! But today we’re making a new addition to our taco night, these Slow Cooker Turkey Mole Tacos. 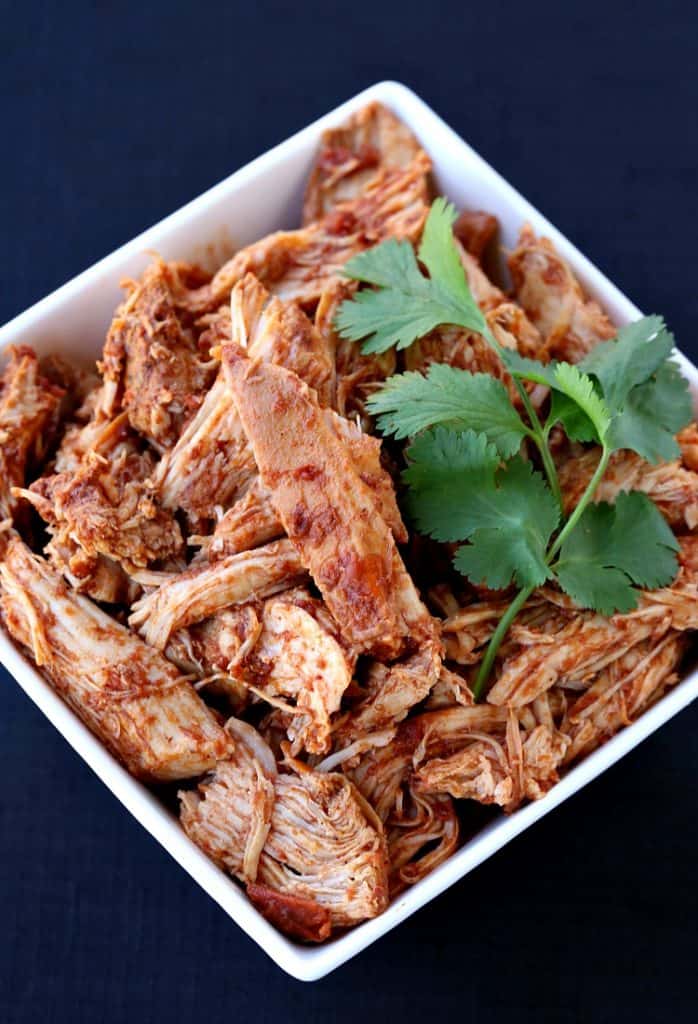 What Is Mole Sauce?

Mole sauce is a traditional sauce used in Mexican recipes made from chili peppers, fruits, nuts and strangely enough – chocolate!

Ok so we’re not talking like a chocolate bar, but unsweetened dark chocolate or cocoa powder. Giving this sauce a deep, chocolate flavor but not making it sweet.

Our oldest son who loves to try new things  – and pretty much eats anything – was asking about what mole sauce was. He had seen it as an option at a local taco chain we were at, but wasn’t sure if he’d like it.

Taking that as a challenge…we decide to make some mole sauce. I kept the flavors really simple here, I know that a lot of mole recipes (or most) call for chipotle in adobo but I know my boys don’t like that flavor so I kept it out. 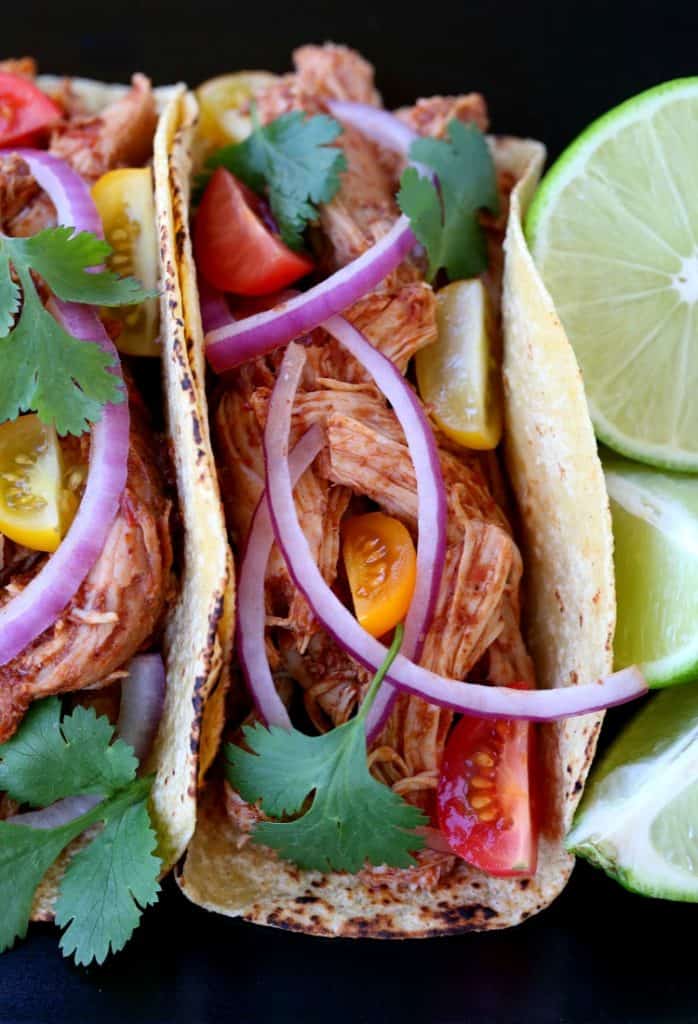 How To Make Slow Cooker Tacos With Mole Sauce

I think this is still a really flavorful recipe and also definitely kid friendly so it will be added to the dinner list for us!

All you need is a small turkey breast to get these Slow Cooker Turkey Mole Tacos started. Mix up the sauce and pour it over the turkey in a slow cooker and set it on low for about 8 hours.

I found mine was done around 6 1/2 hours, but it will depend on the size so I’d say after 6 hours start checking to see if it’s tender. But if you need it to go 8 hours while you’re out of the house, it’s going to be just fine.

I added just enough of the sauce to generously coat the turkey, not so much so that it was swimming in sauce but that’s where your taste will come in. 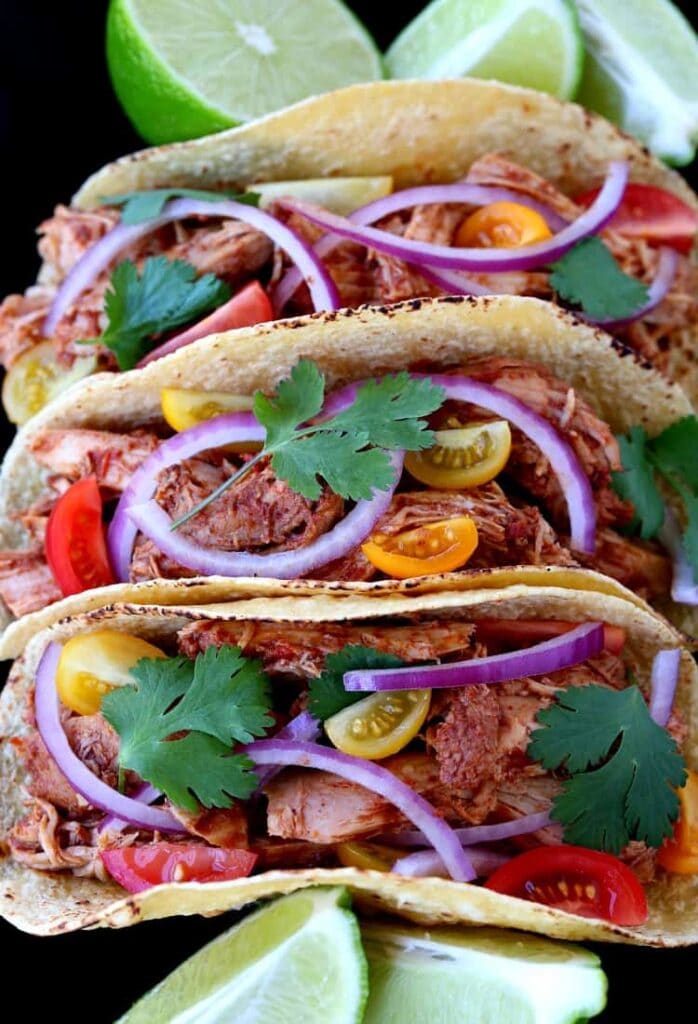 What Kinds Of Toppings Go On These Tacos?

The idea behind the toppings in this taco recipe are to cut the rich flavor of the mole sauce. So the spicy red onions, the tart tomatoes and fresh cilantro all work perfectly together with the mole sauce.

A squeeze of citrus also adds a great finishing touch. We used lime for this recipe but you can also use lemon or even a squeeze of a fresh orange! However, going back to making these tacos kid friendly…you can also use the traditional toppings like shredded lettuce, beans, cheese and salsa.

Try these Slow Cooker Turkey Mole Tacos for a twist on taco night. Super easy to make and the homemade mole sauce really makes this recipe a keeper!

To take some of the spiciness out of the red onion, add the slices to a bowl of ice water for 10 minutes. Drain and dry well.

If you’re making this taco recipe with kids in mind, an option is to shred some of the turkey and leave it as is before tossing it in more sauce. 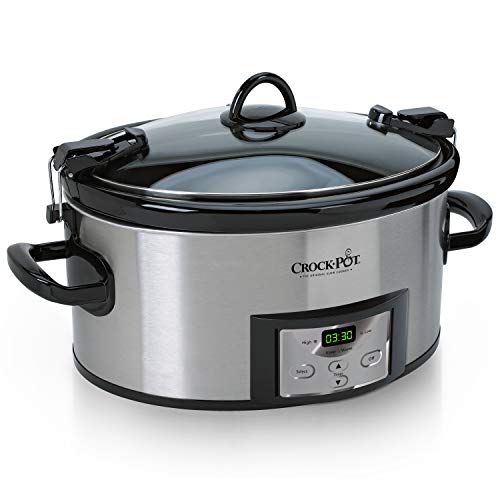 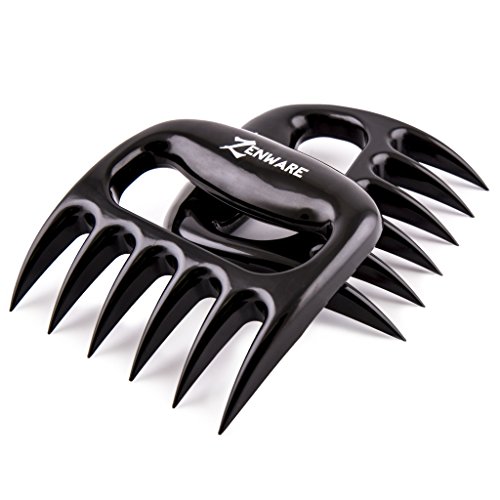