This Easy Homemade Turkey Gravy is thick, creamy and loaded with turkey flavor! It only takes 5 minutes to make and is a super easy recipe. No giblets to deal with. No fuss. Just thick, creamy amazing turkey gravy for your Thanksgiving dinner.

Wondering what to serve this gravy with? We pour turkey gravy on everything from our Super Creamy Mashed Potatoes to our Favorite Sausage Stuffing and of course, Turkey! 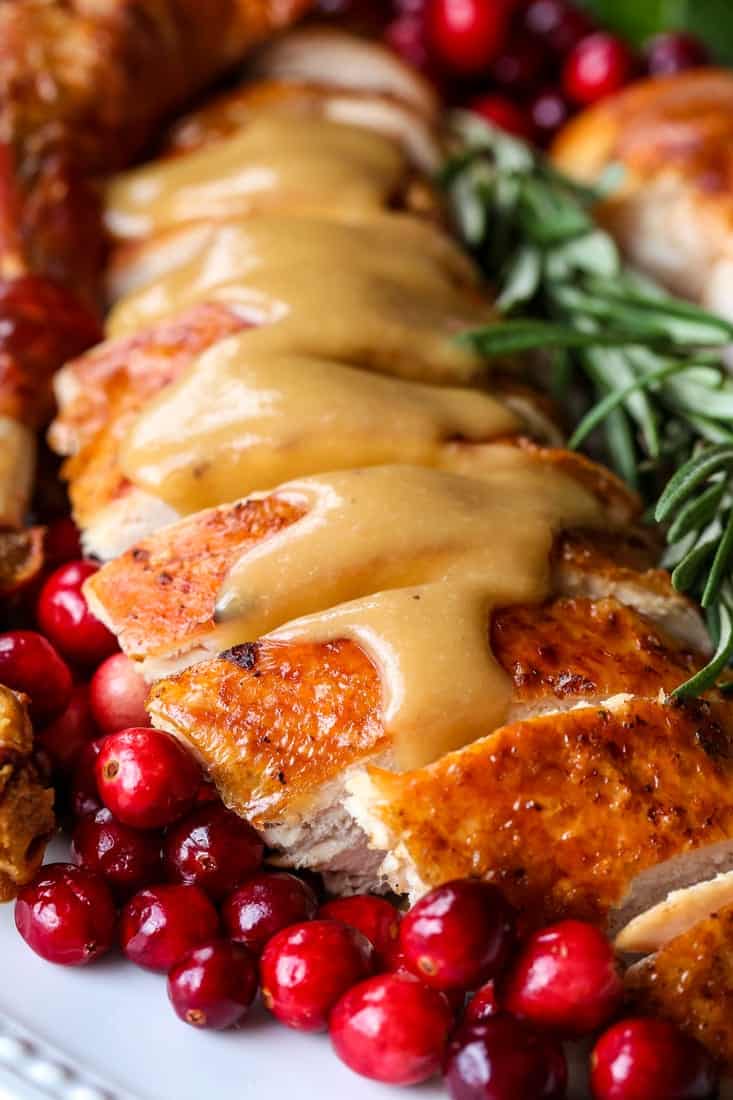 An Easy Turkey Gravy Recipe Made with Drippings

Of course you can add giblets to this gravy, but you definitely don’t have to!

I think that giblet packet stuffed inside your turkey can be a little intimidating to most people. Your Grandma used it, probably your mom too. But for me, I don’t know. It’s kind of freaky.

This Easy, Homemade Turkey Gravy recipe will show you how to make super flavorful gravy without those funky giblets. But by all means, if you don’t get alarmed by the giblet packet you can cook them up and add them in here.

This turkey gravy is flavored mostly by the turkey drippings from roasting your turkey. Craving turkey gravy or any gray but don’t have drippings? We’ve got you. Hop over and try our Brown Gravy Recipe that you can swap out chicken stock or turkey stock, depending on what you need. 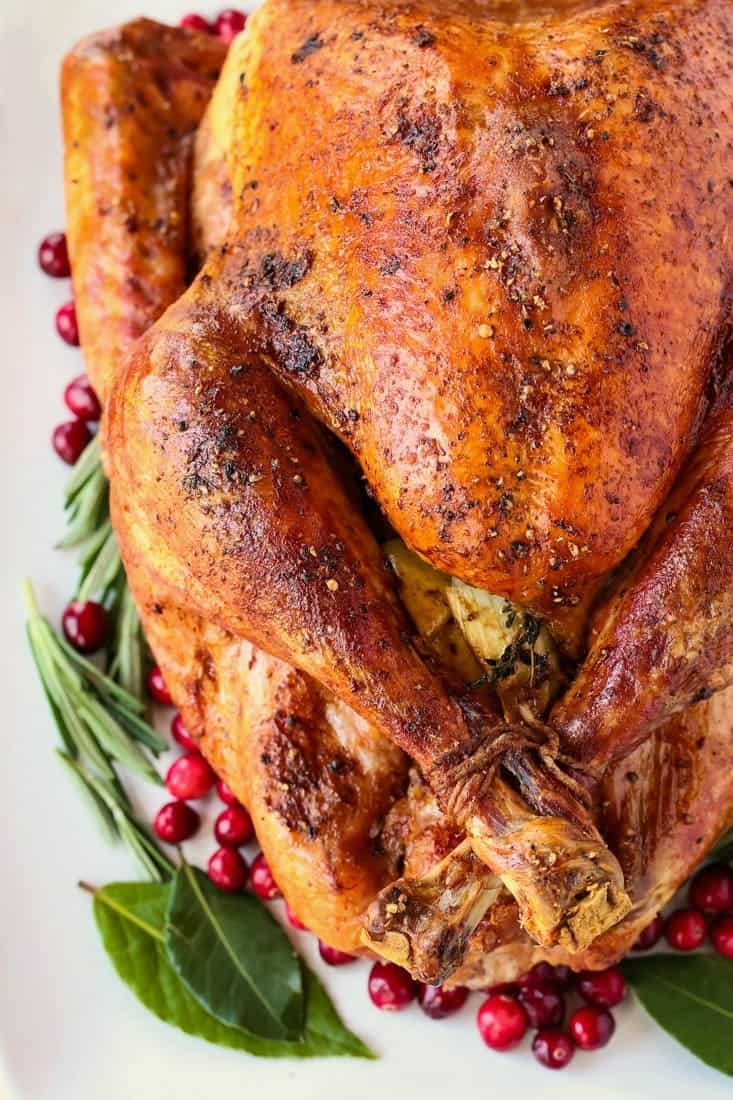 What Are Turkey Drippings?

Turkey drippings are the juice and fat that collect in your roasting pan while your turkey is in the oven. There’s nothing that beats the flavor of drippings added to a gravy recipe so don’t throw them away!

You’ll need to degrease the fat from the drippings before you use it in your gravy though. A gravy separator is a really easy tool for this, but if you don’t have one just pour the drippings into a glass dish or bowl and let the grease rise to the top.

Then you can see where the grease has separated to easily ladle it out and discard it. What’s left after the grease has been removed is pure turkey flavor! This is going to be the base for our Easy, Homemade Turkey Gravy recipe. 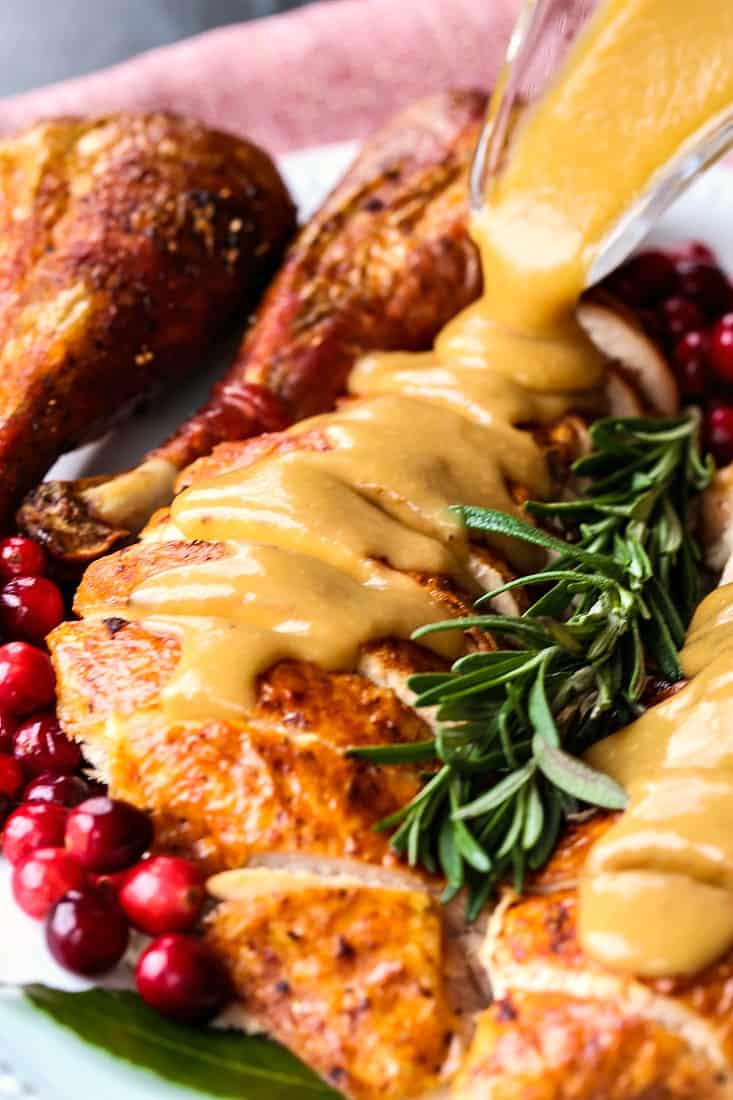 How Do You Make Turkey Gravy with Drippings?

Once you have your turkey roasted, the hard part it really over. Just strain the drippings from the pan into a gravy separator or a glass bowl like we mentioned earlier and let the grease rise to the top.

If you want your gravy thicker you can add another tablespoon of cornstarch mixed with water and let the gravy come to a boil again. Lastly, stir in about 1/4 cup of cream just to round everything out. 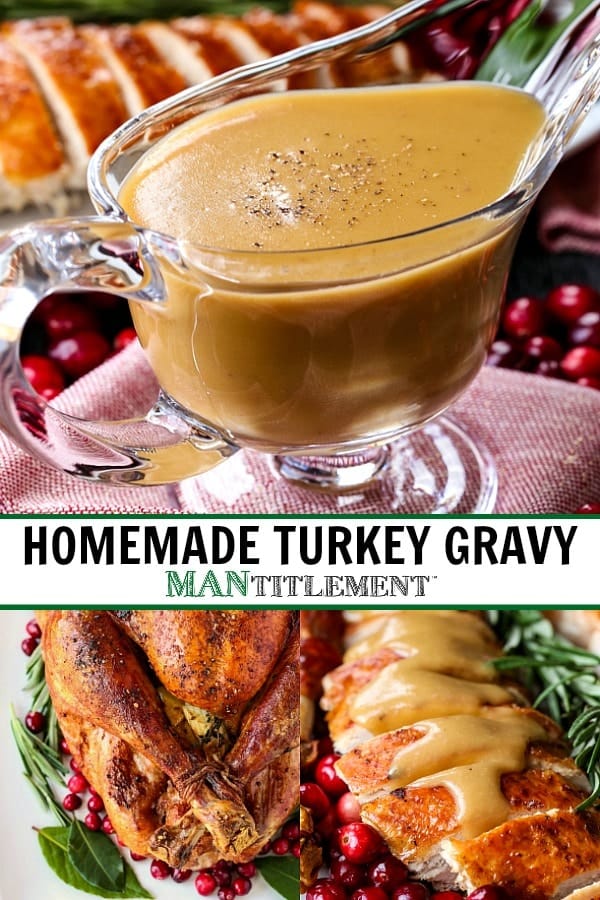 We know it can be overwhelming, there’s so many Thanksgiving recipes out there to choose from! We’ll narrow it down here for you. We already mentioned our Roast Turkey Breast and The BEST Sausage stuffing at the top of the post, so here are a few of our other favorites!

This easy homemade turkey gravy recipe is thick, creamy and loaded with turkey flavor! It only takes 5 minutes to make this simple gravy with drippings!

We start with 1/4 cup of heavy cream and add a little more if we think the gravy needs it. Getting the gravy as thick as you like and as creamy as you like is up to your preference, so start with the amounts in the recipe and add if needed!