This S’mores Martini is a delicious dessert martini for any time of the year! Whether you’re out by the campfire or sitting inside by the fireplace! 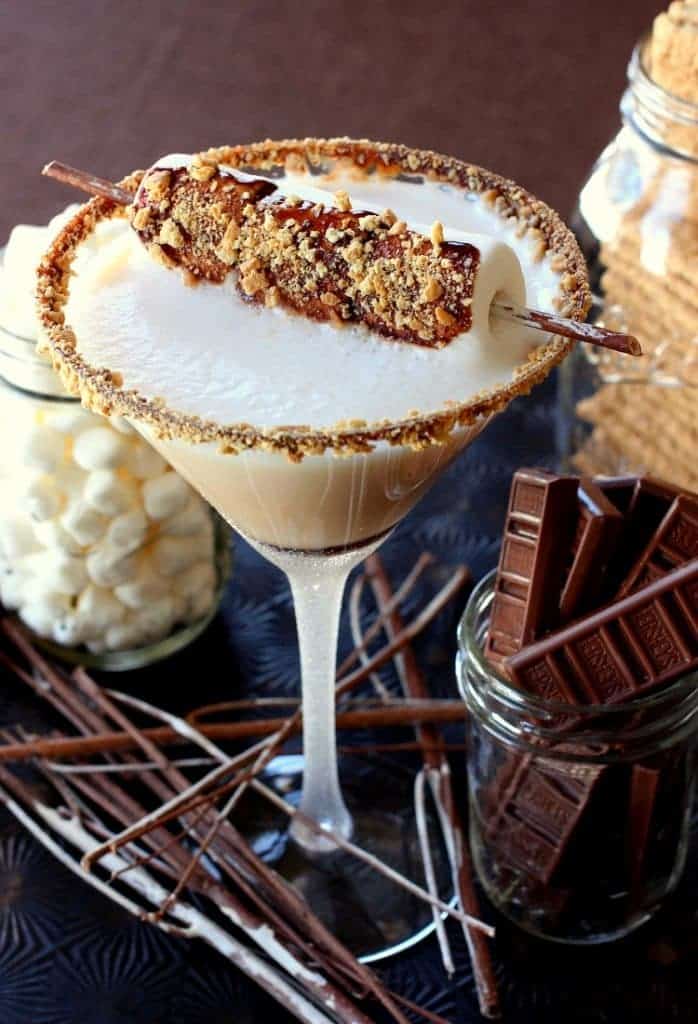 A Dessert Martini For All Seasons

Boozy dessert cocktails are one of my favorite things to break out at a party. Or even just after dinner with me and the wife. But parties – with family or friends, it’s the best. They never expect to see one of these drinks coming out to the table after dinner. Cake, yes. Ice cream or pie, yes.

So whether you’re sitting outside by the fire pit or maybe you’re inside warming up by the fireplace, this S’mores Martini is going to be the perfect way to end your night.

How Do You Make A S’mores Martini?

Start out by riming the martini glass. Dip the rim in chocolate syrup and then roll it around in crushed graham crackers. Set that aside while you make the martini and the garnish. 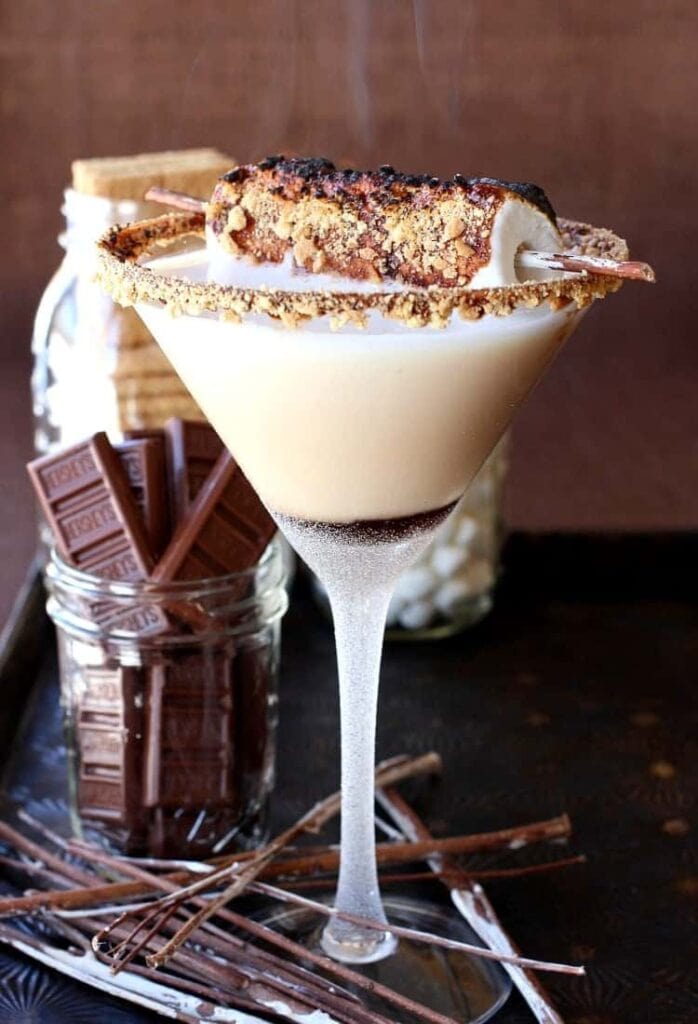 Add S’mores vodka (yes they really do have that) RumChata, chocolate syrup and heavy cream in a cocktail shaker with ice. Shake well and strain into the rimmed martini glass.

Now it’s time for those marshmallows! You can either use your open fire source of choice or a kitchen torch. We have a gas range in our kitchen so we have even used that to toast our marshmallows! Place the skewer of marshmallows across the rim of the martini and drizzle with chocolate syrup and then sprinkle crushed graham crackers on top. 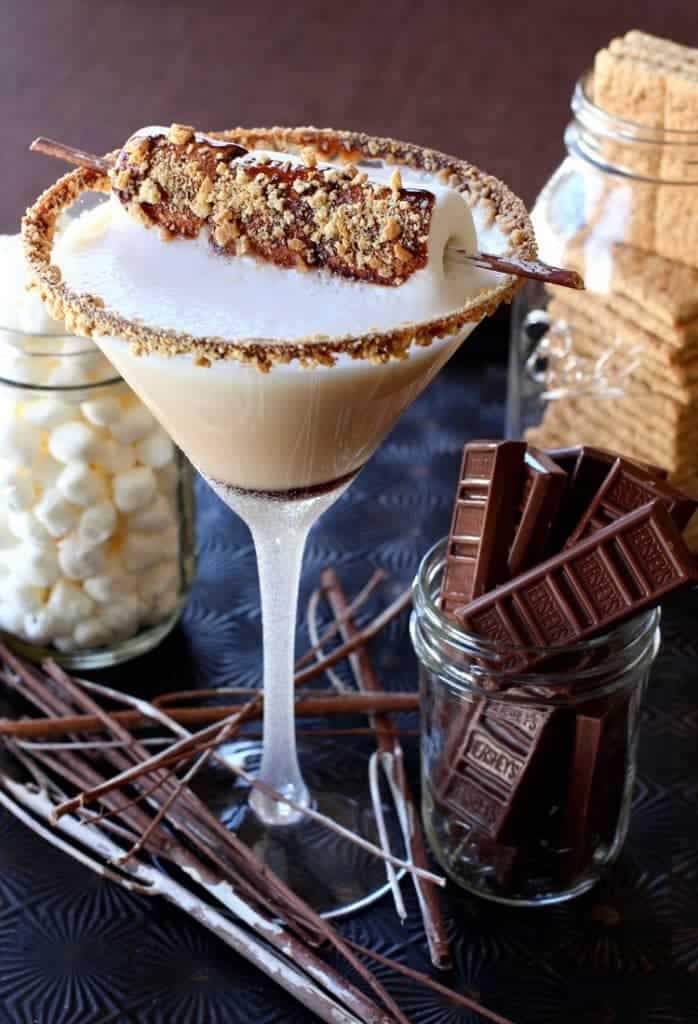 For an extra cool presentation you can use your kitchen torch and torch the marshmallows once more right before serving so that they are actually on fire when you serve it! Obviously, be careful boys and girls, we don’t want any boozy mishaps!

Since our kids love s’mores so much, we even make a virgin S’mores Martini for them! Basically just chocolate milk for the drink and then all the garnish!

This fun, dessert martini is always a hit! Whether you’re serving them up around a campfire or sitting inside by the fireplace!