How much do we love RumChata? Like, a lot. Check out our RumChata Cherry Pie Martini or this super creamy, retro Toasted Almond Cocktail! 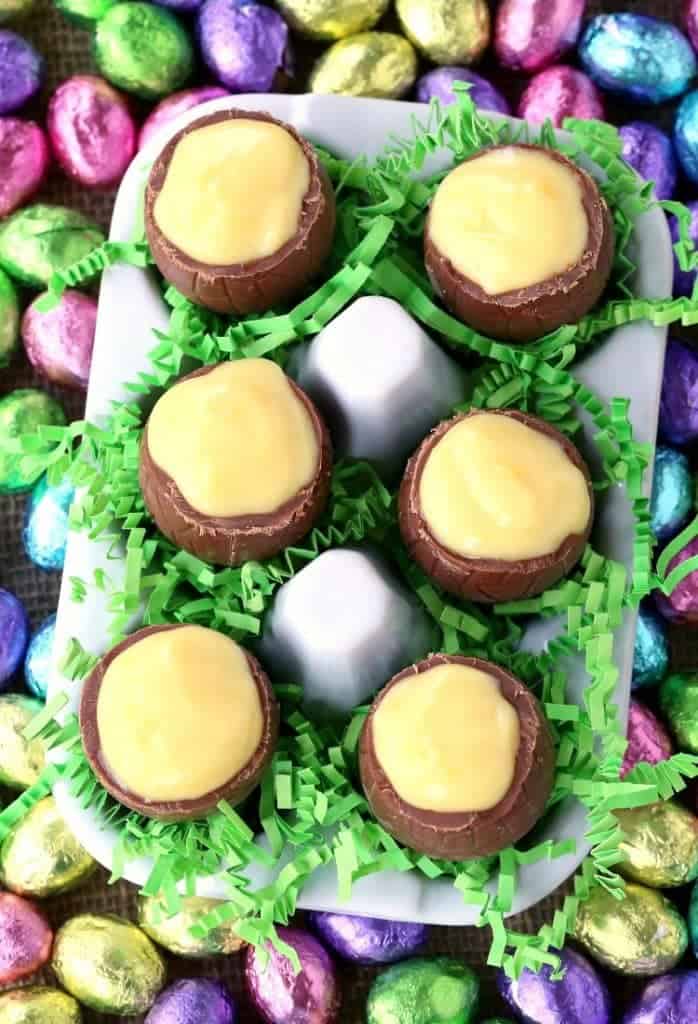 If you’ve never tried RumChata, go out and grab yourself a bottle ASAP. RumChata is a cream liquor that is made with Caribbean rum, cream with flavors of cinnamon and vanilla, and it’s the perfect addition to these RumChata Chocolate Egg Pudding Shots.

I personally don’t taste a TON of cinnamon in RumChata when I drink it straight, it’s there but it doesn’t scream at you so don’t be afraid to mix it with things that you wouldn’t think necessarily go with cinnamon.

You can either bring out the cinnamon flavor or sort of push it down – however you need it for the drink recipe that you’re making. Just another reason why we love making RumChata drink recipes so much.

How Do You Make These RumChata Chocolate Egg Pudding Shots?

All you need is 5 minutes to mix up a batch of instant pudding for this Easter dessert. Except what you’re going to do is swap out one cup of the milk for RumChata. Yep, it’s going to work, get one whole cup in there.

Whisk it up and it sets in just 5 minutes. Boozy dessert done.

If you don’t have chocolate eggs like these, you can put the boozy pudding in dessert cups or large shot glasses – even those plastic shot glasses if you’re making a lot for a party or a holiday like Easter. 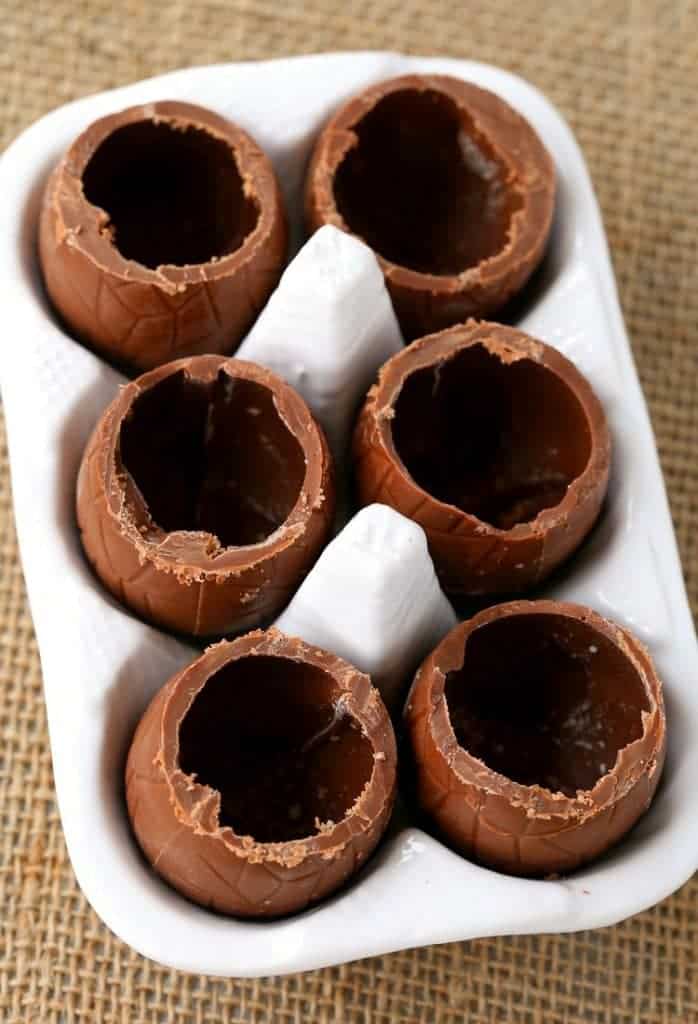 Then we filled them up with the boozy, RumChata flavored pudding. They sort of look like a homemade Cadbury Egg to me, a boozy, super delicious Cadbury Egg that is. 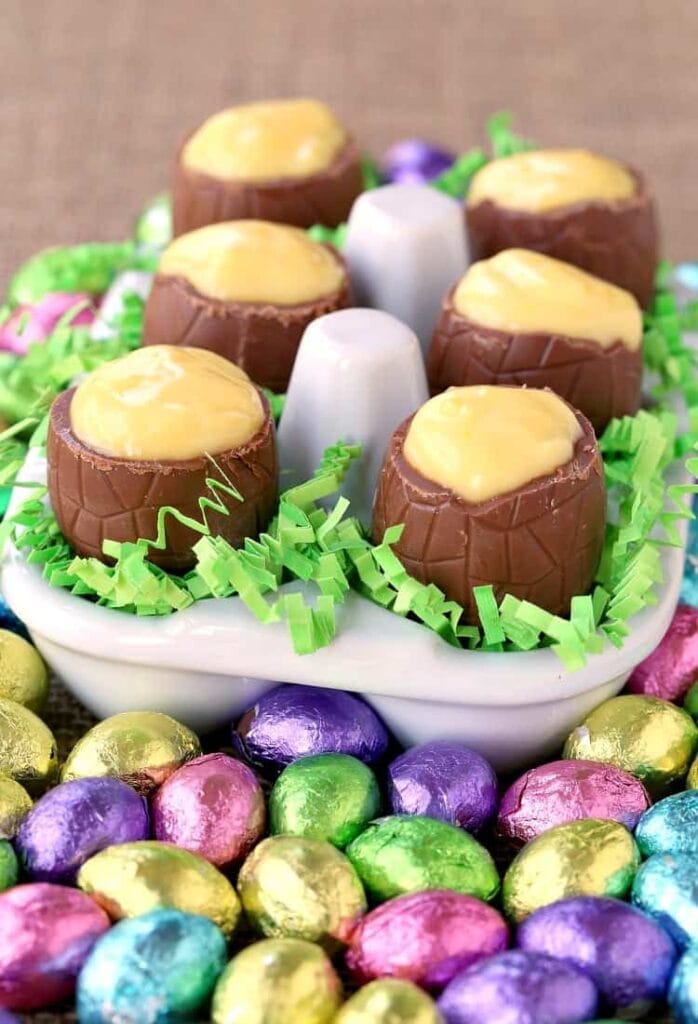 Try these chocolate pudding eggs with different flavored puddings, too like chocolate, banana, cheesecake or even green pistachio! Rumchata will go with all of those pudding flavors very nicely, so feel free to get creative!

Maybe even do a few different flavors and set out a whole assortment. Now you’re ready to party… 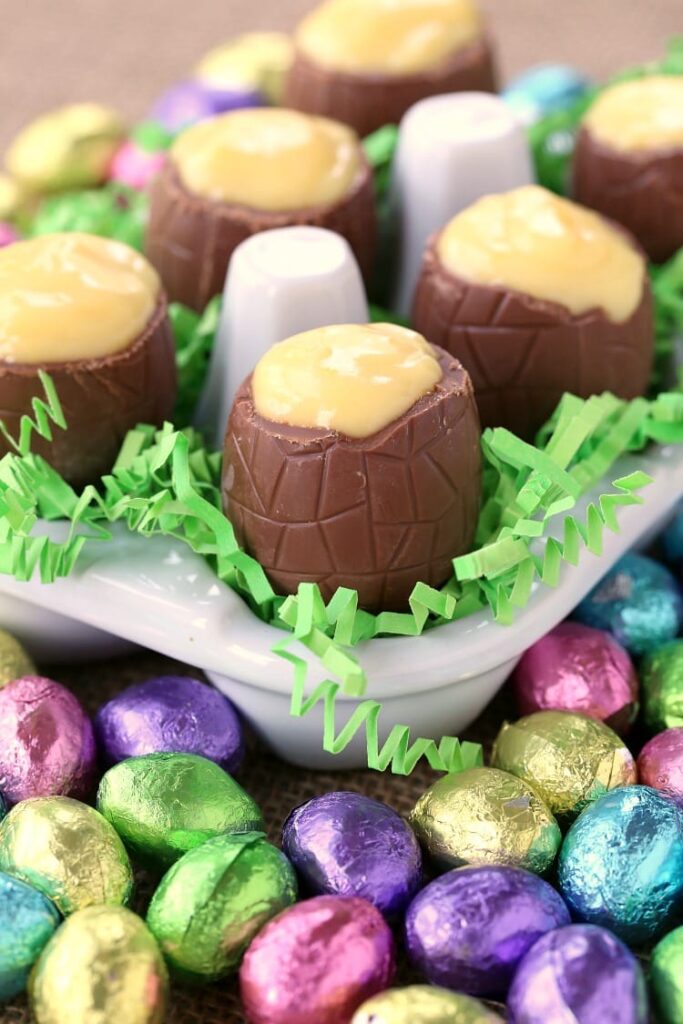 These super fun and super delicious pudding shots are perfect your Easter dessert!