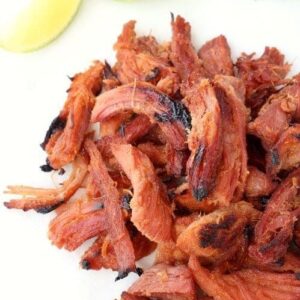 These Ham Carnitas are my new favorite way to make ham. Tossed with a sweet glaze, this easy carnitas recipe will have everyone asking for seconds! 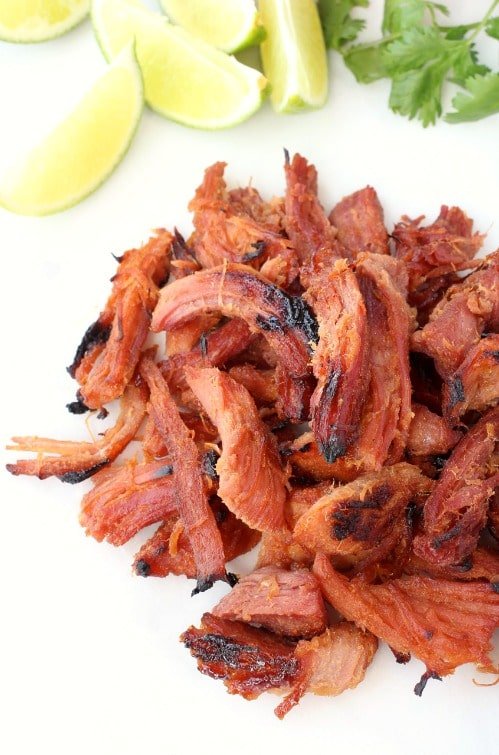 One of my favorite ham recipes is Sweet Baked Ham from Mel’s Kitchen Cafe. You boil a ham in a combination of water and vinegar for a couple of hours until it shreds just like pulled pork. Then you layer the shredded ham with brown sugar and mustard and bake it.

Best ham ever. Until now.

I used the same cooking method to make the ham, but then I tossed it in my favorite whiskey glaze and baked it in the oven to get the ham crispy like carnitas.

And let me tell you – it is good. This is a recipe you have to try.

What do you do with hame carnitas? Eat them straight up right out of the oven for one.

Or you can put them on a roll for sandwiches…or in a tortilla for tacos…or quesadillas. You could even put this shredded ham on a pizza with mozzarella cheese and peppers. Kind of like the Italian Beef Pizza I did a while back.

This is a great recipe for entertaining or if you want to make a meal on the weekend to have a couple of dinners during the week.

How to Make Ham Carnitas

You have to get a big pot – the biggest one you have – put your ham in and then fill it with 1 part vinegar to 2 parts water.

Shred it up and toss it with the whiskey glaze and place onto 2 baking sheets. 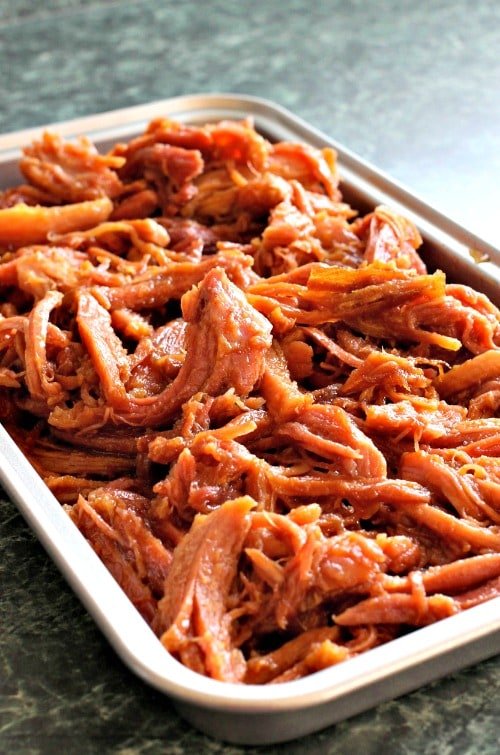 Bake for 30 minutes at 450 degrees. You could do everything for this recipe ahead of time and then when you’re ready to cook the ham toss it in the whiskey glaze and bake. 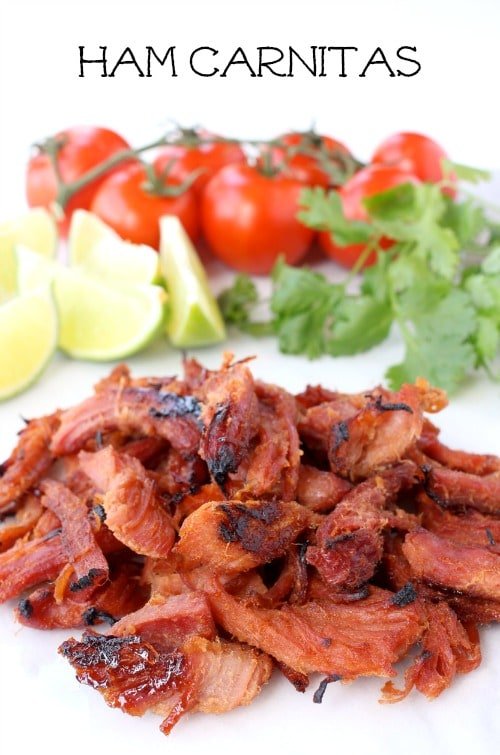 You can make the ham and the glaze ahead of time or the day before. When you’re getting ready to eat, toss the ham in the glaze and bake.