This Slow Cooker Captain and Coke Glazed Ham has the most amazing flavor! Add a little fun to your holiday dinner with this unique ham recipe!

If you need dinner ideas that feed a crowd like this ham recipe, try our Classic Beef Lasagna or this super easy Crock Pot Corned Beef or a comforting Brown Gravy Meatloaf! 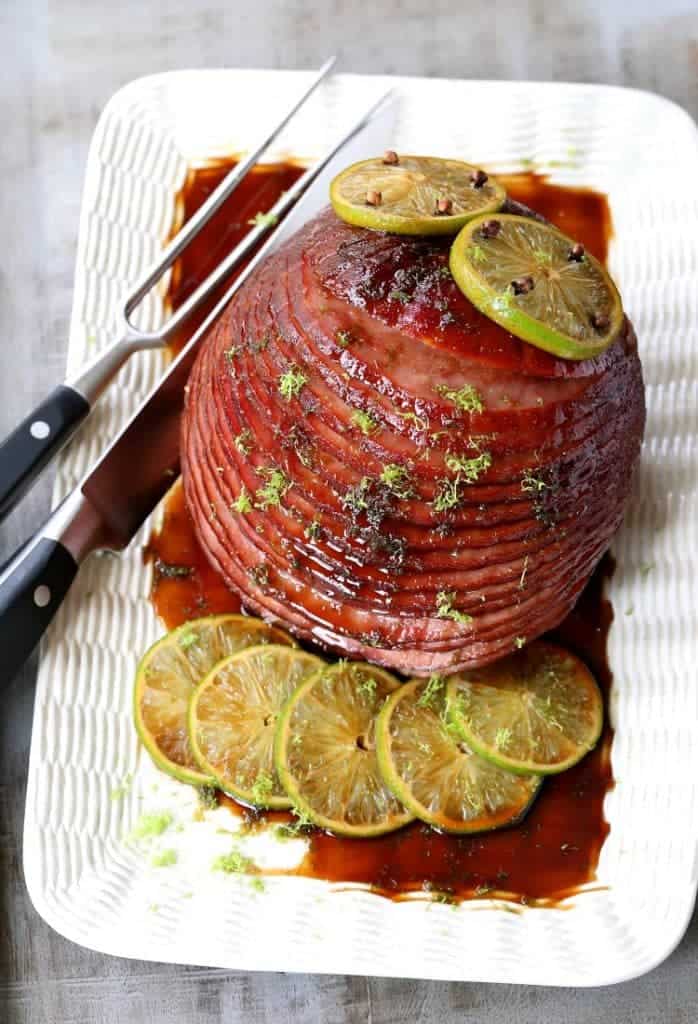 Boozy, crock pot ham? Now that’s a good time. Not only is this the most delicious ham you’ll ever eat, (and we’ve got a few pretty awesome ham recipes like this Brown Butter Baked Ham but it’s so easy to make you’ll be making it over and over again.

I mean slow cooker recipes are the way to go for the holidays, am I right?

You’ve got all the sides and desserts going on – making sure your guests have full drinks in hand – not so easy around some of my family members – that’s a whole job in itself. So being able to throw the main course in a slow cooker and forget about it until it’s done, that’s priceless. 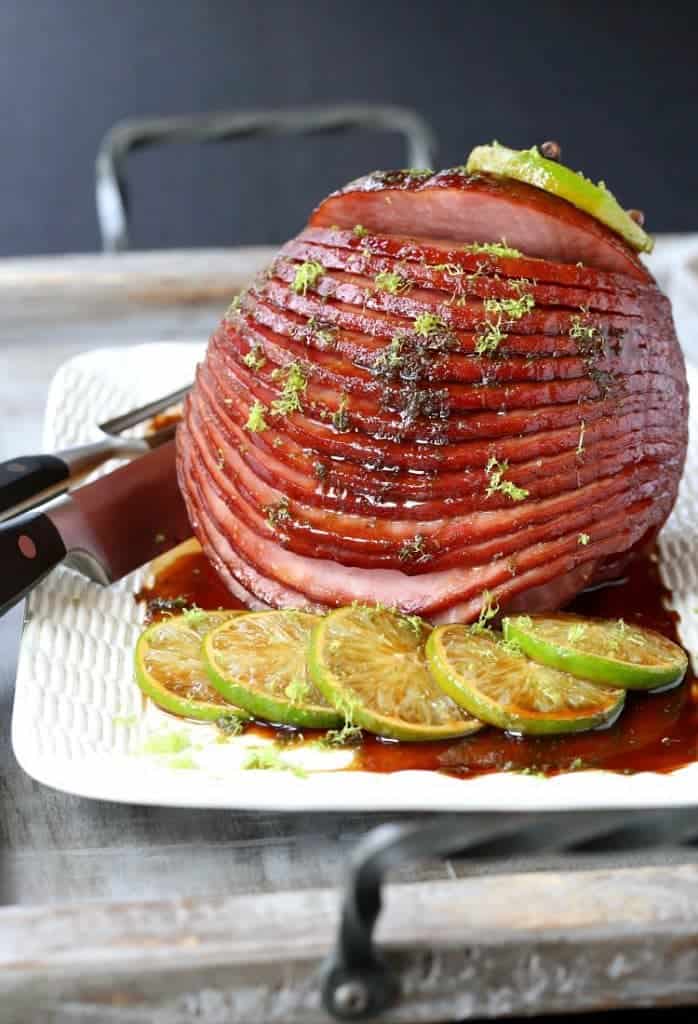 Ingredients For This Slow Cooker Captain and Coke Glazed Ham

Obviously you’ll need a ham to make this crock pot recipe, but here’s a brief ingredients list just so you know what you’ll need to get started!

Can You Make This Ham Recipe Without The Rum?

You can, yes. You can substitute the 1/2 cup of rum for orange juice or apple juice or just leave it out all together. Really, the alcohol will cook off, especially as long as this slow cooker ham recipe cooks for but I get that some people don’t like to cook with alcohol.

But then again you probably wouldn’t have landed on this recipe if that was the case! But there are options here, we like to have options.

How Do You Make This Crock Pot Ham?

Start by making the glaze in a small saucepan. Add the Coke, brown sugar, mustard and rum and simmer until you have a thick and syrupy glaze.

All there is to do for this Slow Cooker Captain and Coke Glazed Ham is make the glaze, pour it over the ham and press the button on your slow cooker to get it going. 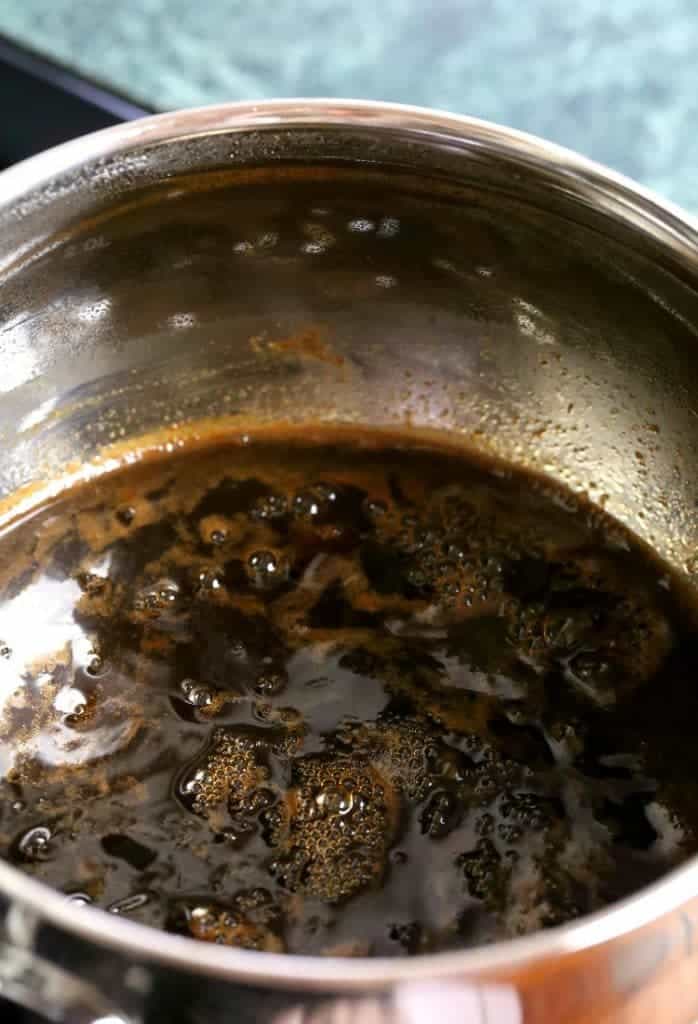 This glaze is boozy, yes, but don’t worry about it for the kids, this ham cooks for 6 hours in a slow cooker…there’s not going to be any alcohol left in there, just the sweet rum and coke flavor left behind. 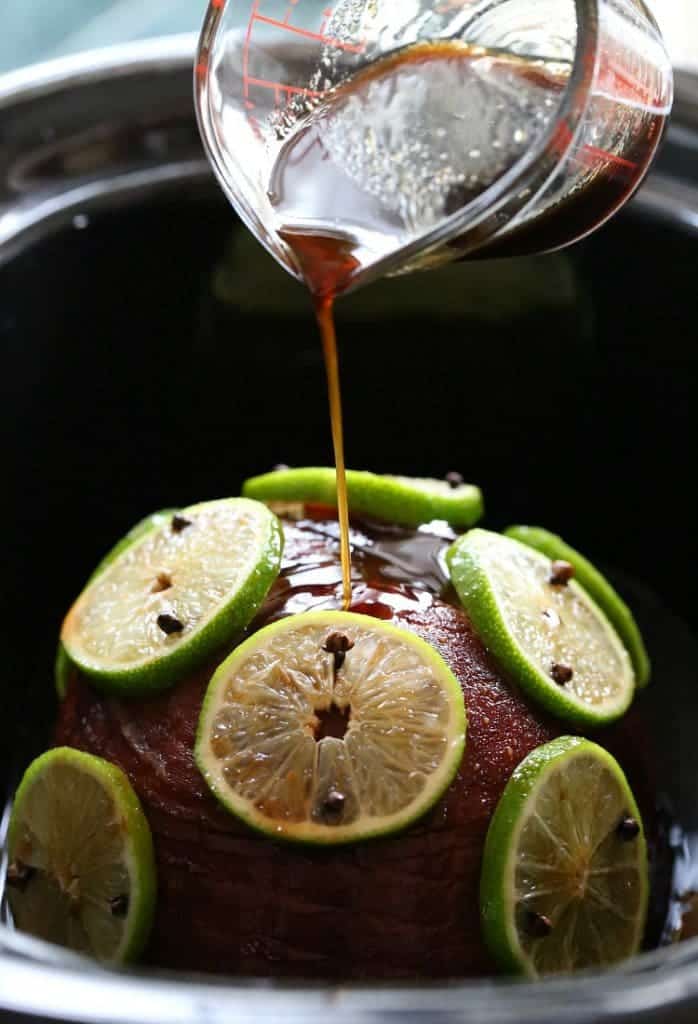 Cook the ham for 6 hours on low or 3 hours on high, then take the ham out of the slow cooker, remove the lime slices and pour the rest of the glaze all over the top.

How could it get any easier than that? A dinner that cooks by itself! 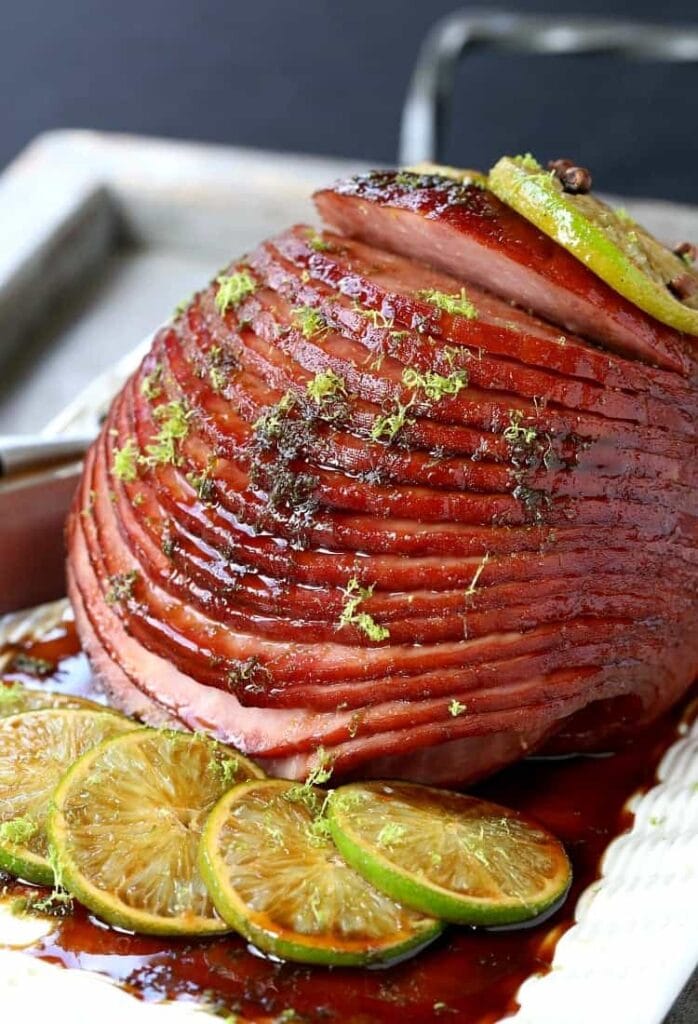 What Can You Serve With This Ham Recipe?

Recipes To Make With Leftover Ham

This crock pot ham recipe is going to be a hit at your next party! A sweet, boozy glaze tops this sliced ham with such a unique flavor, everyone will be asking for the recipe!

If you have a larger ham, you can double the ingredients (or triple) for the glaze and cook for 8 hours on low or 4-5 hours on high.

The servings size listed is for a 6 pound ham.