This Blackbeard’s Rum and Coke Cocktail recipe is an easy twist on the classic rum and coke recipe. Goldschlager and fruit add a tropical flavor to this cocktail recipe so you’ll feel like you’re on vacation!

If you enjoy rum and cokes as much as I do, you should also try this Rum and Cherry Coke Slushie for another easy twist on the classic drink recipe. 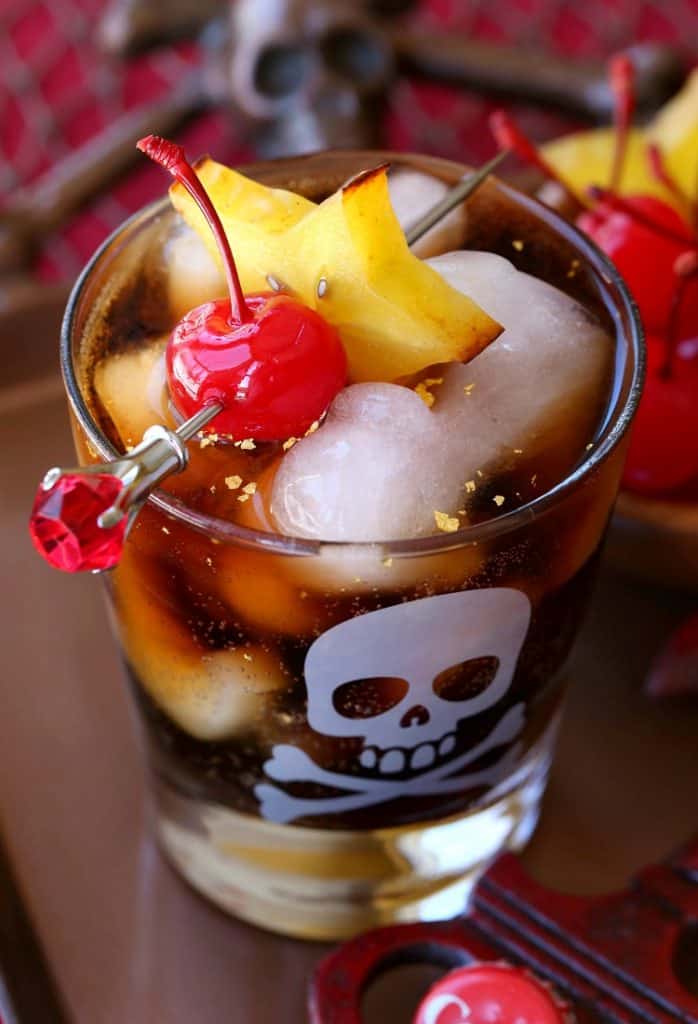 I think I’ve told you a lot by now that my favorite vacation place is St. John. We’ve been following along in social media to see how the rebuilding progress is coming along – and it’s coming along – but not fast enough.

A group of our friends are looking to go back in 2020. That’s what we all keep saying…in 2020 we’re heading back there and reliving the best vacation ever. So St. John and all the islands affected by the hurricane have been in our thoughts a lot.

One of the places we visited on the way home from St. John was Bones Rum on St. Thomas. Obviously when you go to the islands you’re going to be drinking lots and lots of rum.

And we did do that. We definitely supported the local rum producers on that trip and actually we’ve made a few recipes since then with Bones Rum like this Coconut Rum Floater and these French Toast Kabobs.

Yes, that’s right, rum for breakfast is totally acceptable when you’re in the islands. That’s an official rule somewhere. When we visited Bones Rum we learned about the history of the islands too, the pirate kind.

Blackbeard was famous for setting up post on St. Thomas, in the Blackbeard Castle they have there today that you can tour. He would climb up there with his rum and watch for ships to come into port so he could rob them. 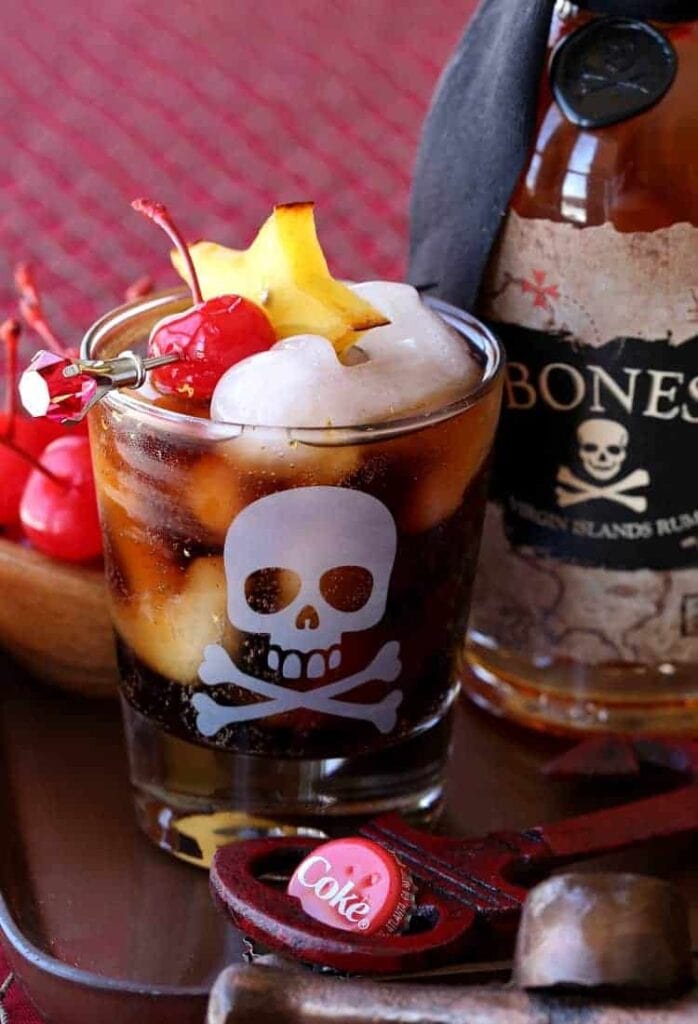 Goldschlager Gives This Classic Rum and Coke A Twist

Now I’m sure Blackbeard drank his rum right from the bottle, the right way – and so do I at times. Ok, I do pour it into a glass but straight up rum is always good for me. But since I can’t give you a recipe for straight up rum, I’m making this Blackbeard’s Rum and Coke instead.

So how is this different from the traditional rum and coke recipe? Very simple, I added some gold. And I think Blackbeard would approve.

Just a shot of Goldschlager in with the rum gives this rum and coke a mild cinnamon flavor but more importantly – you’ve got actual gold floating in your drink. 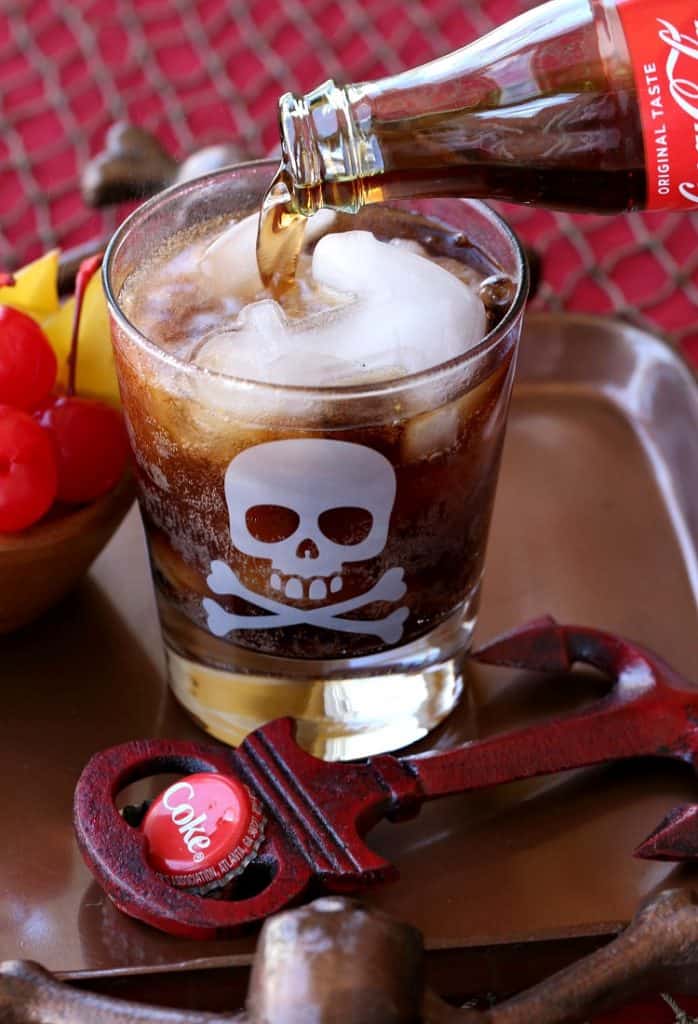 What Else Can I Add To This Rum and Coke Cocktail?

I mean, come on. How cool is that?

And if you want to get really over the top like I do – ask anyone – this is how I am in real life…make some cool anchor ice cubes to float in the drink. Or add some fruit like cherries or starfruit on a sword skewer for garnish.

I can’t wait to make a big batch of these drinks and head over to my favorite backyard pool destination where we will all drink rum and talk about our next epic vacation! 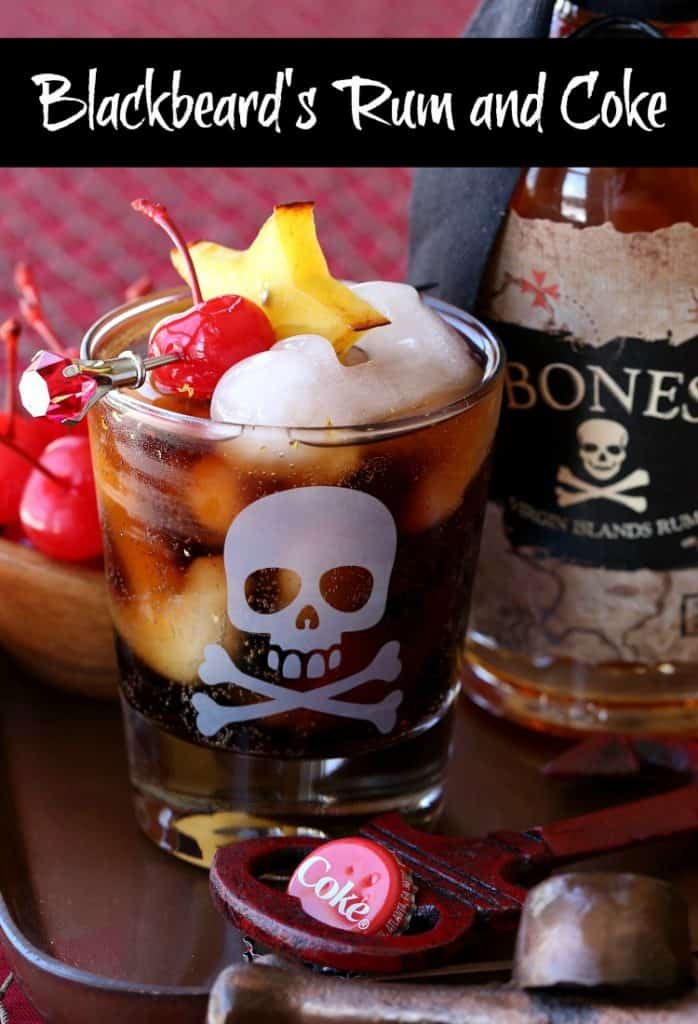 This Blackbeard’s Rum and Coke Cocktail recipe is an easy twist on the classic rum and coke recipe. 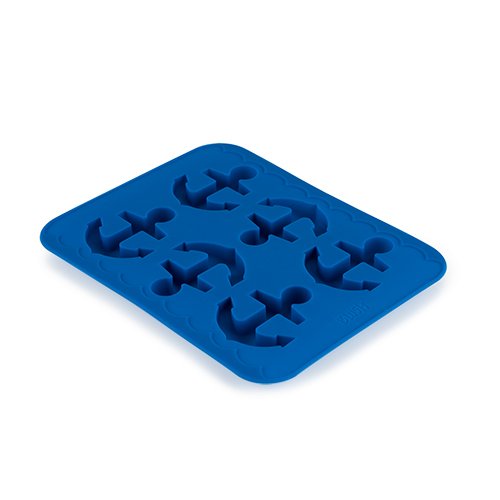 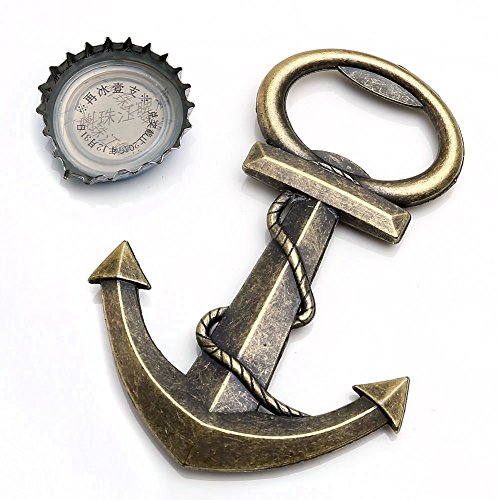 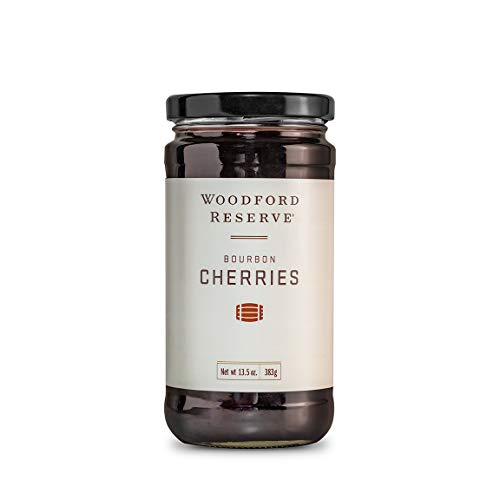