This Western Hash Brown Casserole is such a delicious way to use leftover ham! This easy breakfast casserole recipe feeds a crowd so there will be plenty to go around!

When we make our Brown Butter Baked Ham, there’s usually some ham to spare! If you have lots of leftover ham, be sure to check out our Slow Cooker Pasta Fagioli and this delicious Split Pea & Ham Soup! 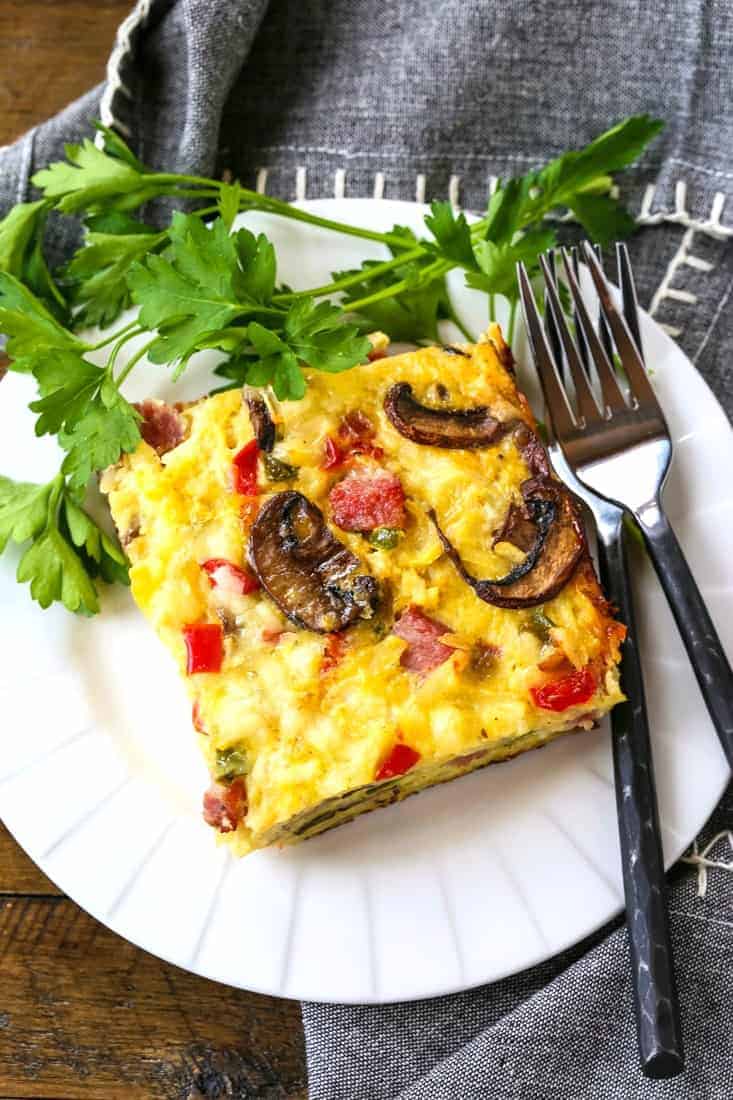 What Is A Hash Brown Breakfast Casserole?

Casserole recipes like this Western Hash Brown Casserole are life savers! An egg dish that feeds a crowd, and then some for all those out of town guests around the holidays.

This breakfast casserole has a base of eggs, hash browns, cheese and peppers all baked together in a casserole dish. It’s hearty and super delicious and I can promise that everyone will love it!

Can You Use An Egg Substitute In This Casserole?

You absolutely can! Just use the conversion amounts on the package of your egg substitute and you’ll be good to go! I don’t recommend using all egg whites in this breakfast casserole, but using an egg substitute will work out fine. 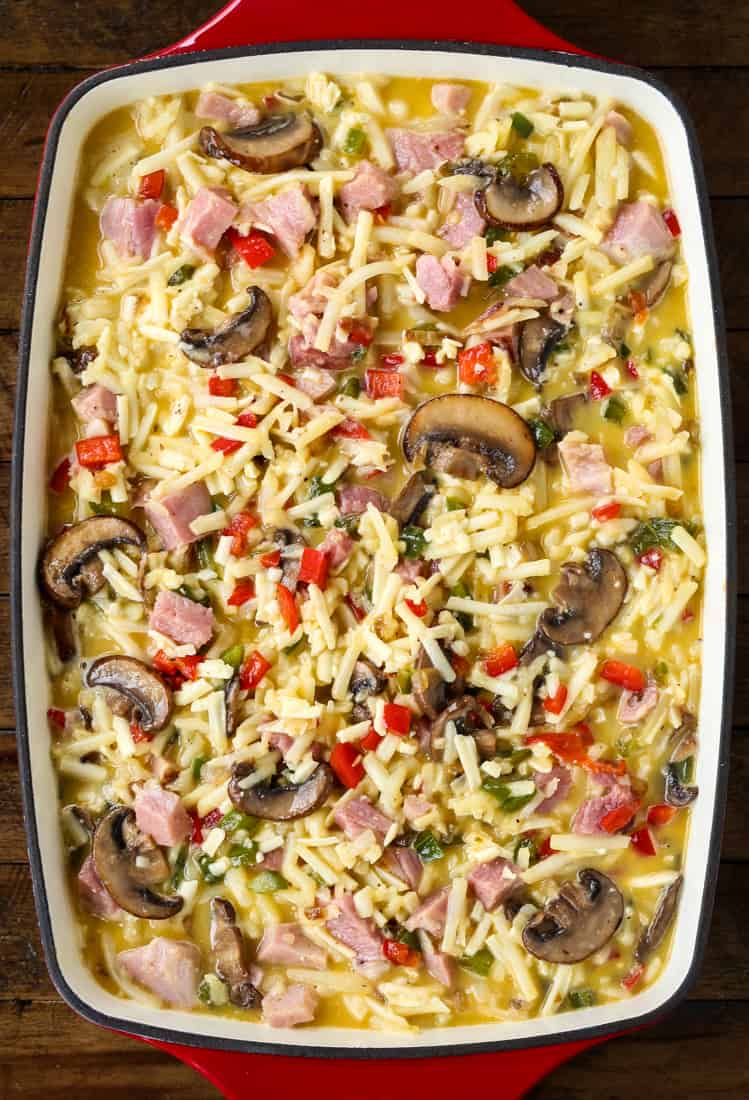 How Do You Make A Hash Brown Breakfast Casserole?

This recipe is so easy you guys, you’re going to be making this one for a long time to come.

All you need to do is brown onions, peppers and mushrooms in a skillet with a few seasonings and let them cool. Beat up a dozen eggs in a large bowl along with milk or cream, cheese, the frozen hash browns and the leftover ham. Once the cooked vegetables have cooled you can add them into the egg mixture and pour it all into a casserole dish.

That’s it. Hash brown casserole for about 10 people is ready to go! 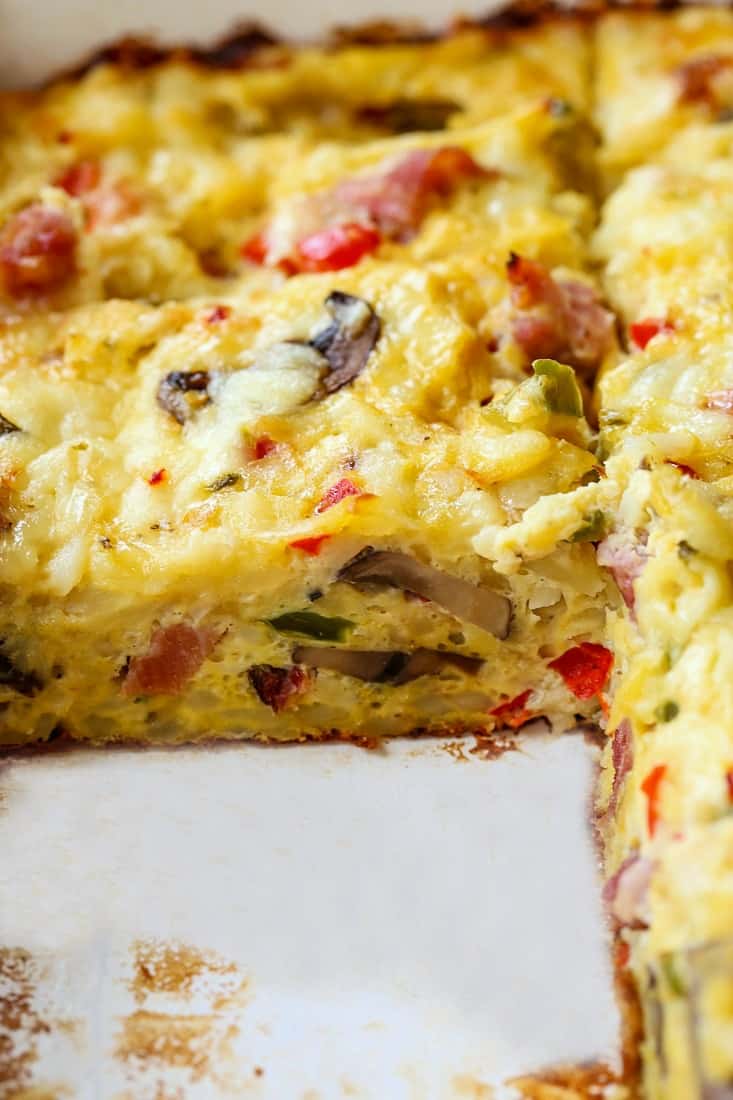 Can You Make This Casserole Ahead Of Time?

As far as making the filling for this Western Hash Brown Casserole, you definitely can do that. Get the filling together and either keep it in a container or bowl, or add it right to the baking dish that you want to bake it in.

If you’re serving family or friends that might get up at different times then the microwave is always a good option. 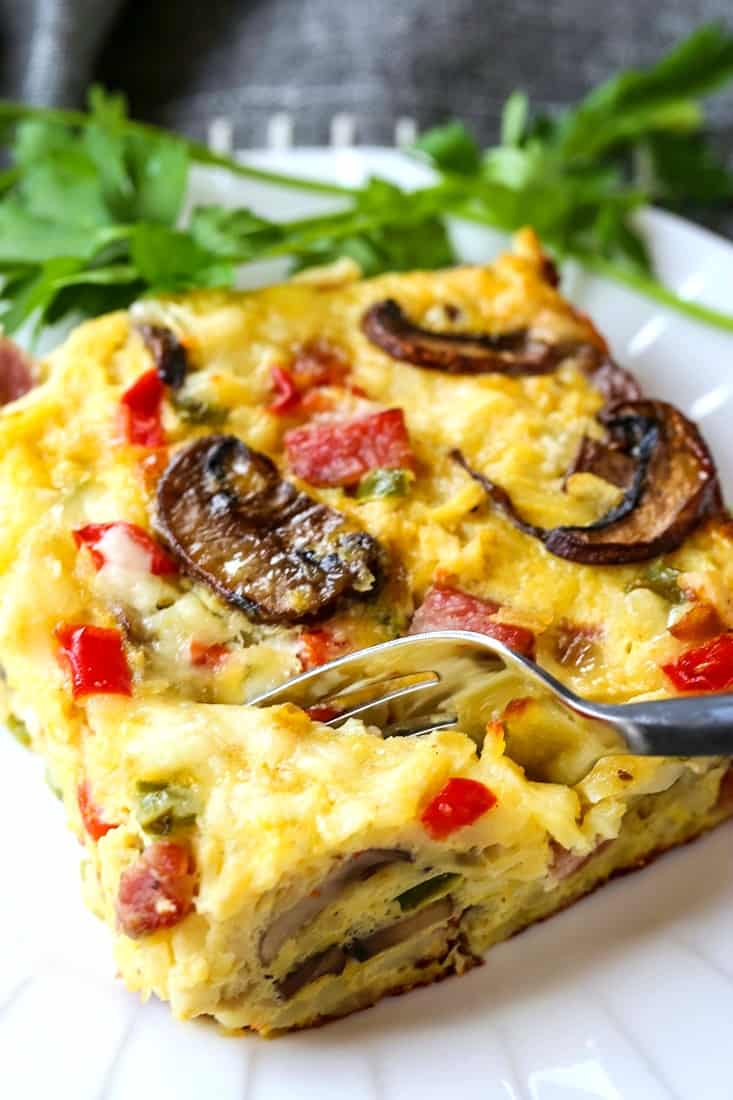 Why Is This Called A Western Casserole?

A play on a Western Omelette, this casserole recipe is made with ham, peppers, onions and cheese just like the omelette recipe. But you can definitely switch up the ingredients in this recipe too! Some good options are:

Really, this breakfast recipe can be a great use of whatever leftovers you have in your refrigerator. Just keep the proportions of the ingredients about the same and it’ll come out perfect! 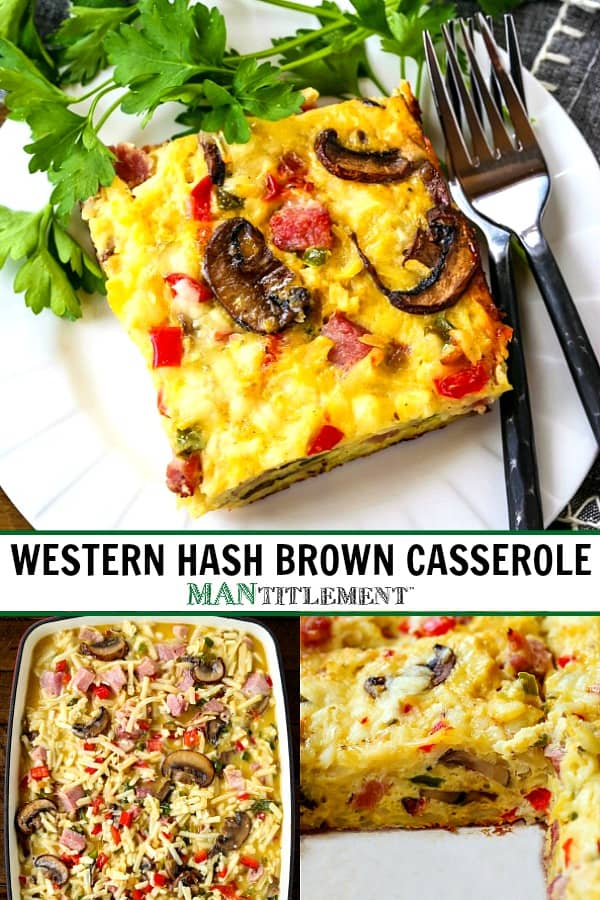 This Western Hash Brown Casserole is a great way to use up leftover ham! Peppers, onions, mushrooms and cheese make this breakfast casserole delicious and filling!