This Crock Pot Applesauce Pork Roast Recipe is the easiest and most delicious crock pot roast recipe to ever to come out of your slow cooker!

Love easy slow cooker recipes? They really are a life saver! Be sure to check out our popular Slow Cooker Pulled Pork (A no sauce recipe!) and this super simple Slow Cooker Mexican Chicken! 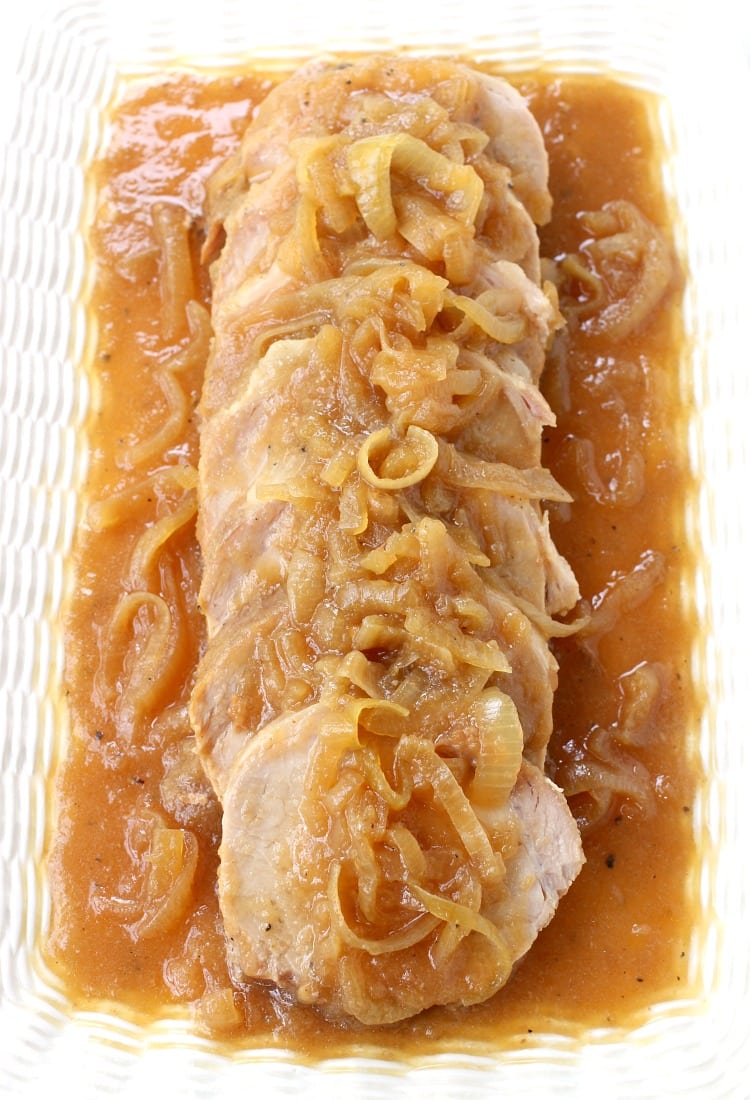 Can You Make This Crock Pot Pork Roast Recipe With A Tenderloin?

Yes! Just grab two pork tenderloins at the store, sometimes they come seasoned but get the unseasoned ones. Pork tenderloin crock pot recipes always seem to have BBQ sauce, like a pulled pork. We wanted to make something as easy, but with a different taste.

Follow the recipe as is, just adding the two pork tenderloins into the slow cooker instead of the one large roast. Since the pork tenderloin is smaller, it will be done faster than the whole pork roast, so you might want to check it after about 6 hours.

Need to leave it cook for the full 8 hours? It’s not going to be a problem. This crock pot pork tenderloin will be super tender and but oh so delicious.

That’s probably the easiest crock pot recipe you’re going to find, and you’ll be making it over and over again. Besides a few seasonings and cornstarch to thicken the killer gravy at the end, that’s all you need to get this pork roast dinner on the table tonight.

There’s a few people I’ve talked to lately that don’t like slow cooker recipes…they say the texture is always mushy or falling apart, or that everything tastes the same.

Well I am here to prove those people wrong! You’d never know this Slow Cooker Applesauce Pork Roast actually came out of a crock pot.

It seems like it’s a roast that came right from your oven. Sliced, not shredded and covered in an apple gravy you’ll be getting up off your plate with every last piece of bread at the table.

Also this recipe cooks for a full 8 hours, you can even go a little longer if you’re not home right at the 8 hour mark, because you’re starting with a whole roast it’s not going to fall apart on you.

How To Make The Best Crock Pot Pork Roast

First you start out by seasoning the roast and burying it into the slow cooker with loads of sliced onions. 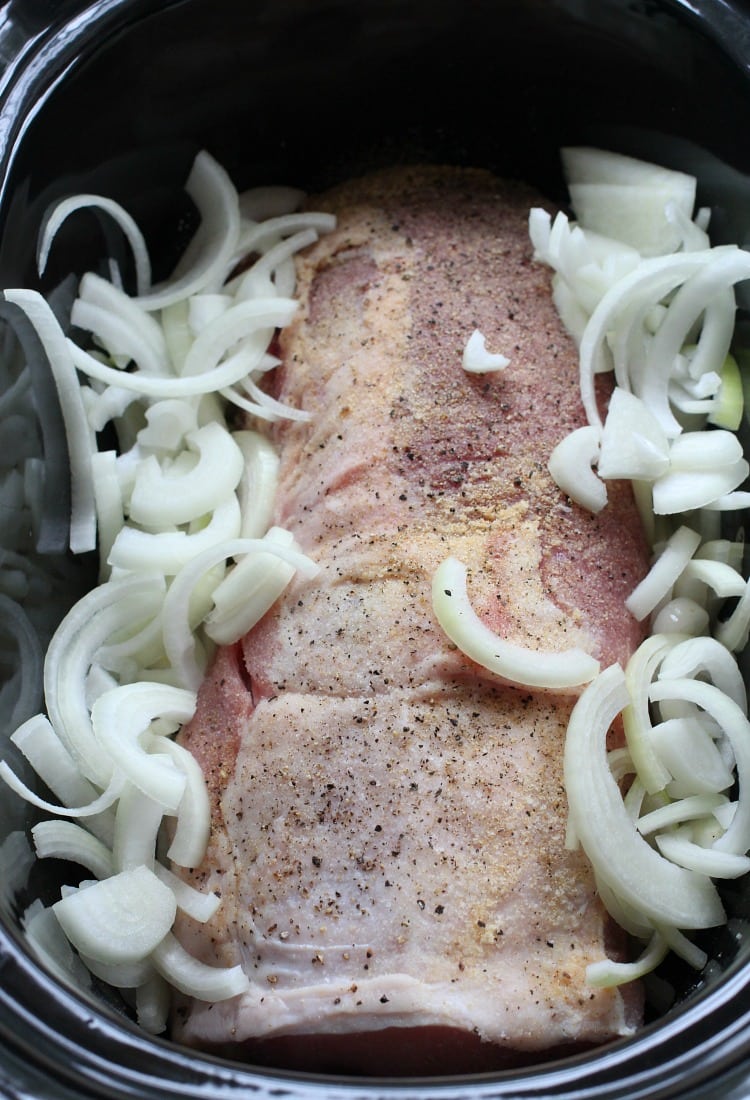 Don’t let so many onions scare you, they’ll practically melt away in the sauce. Next, pour the applesauce on top. 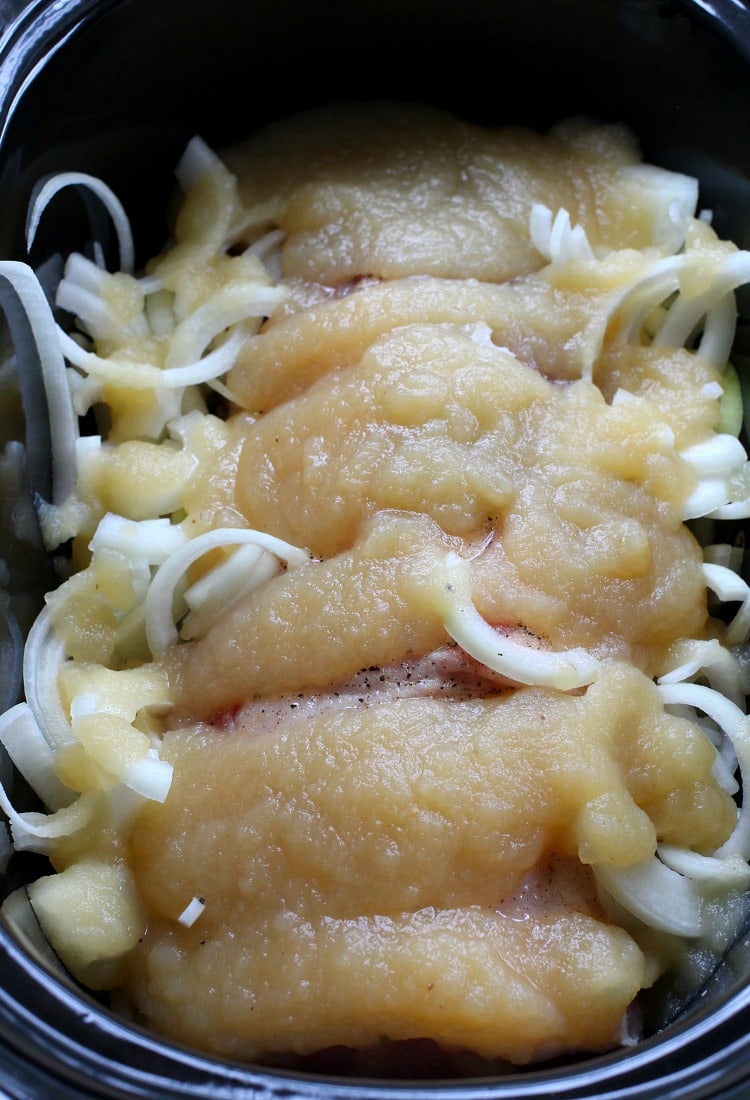 Put the lid on and wait. Or go to work, or clean the house or Netflix binge something or whatever you do to fill up your day.

After 8 hours your pork roast will look like this… 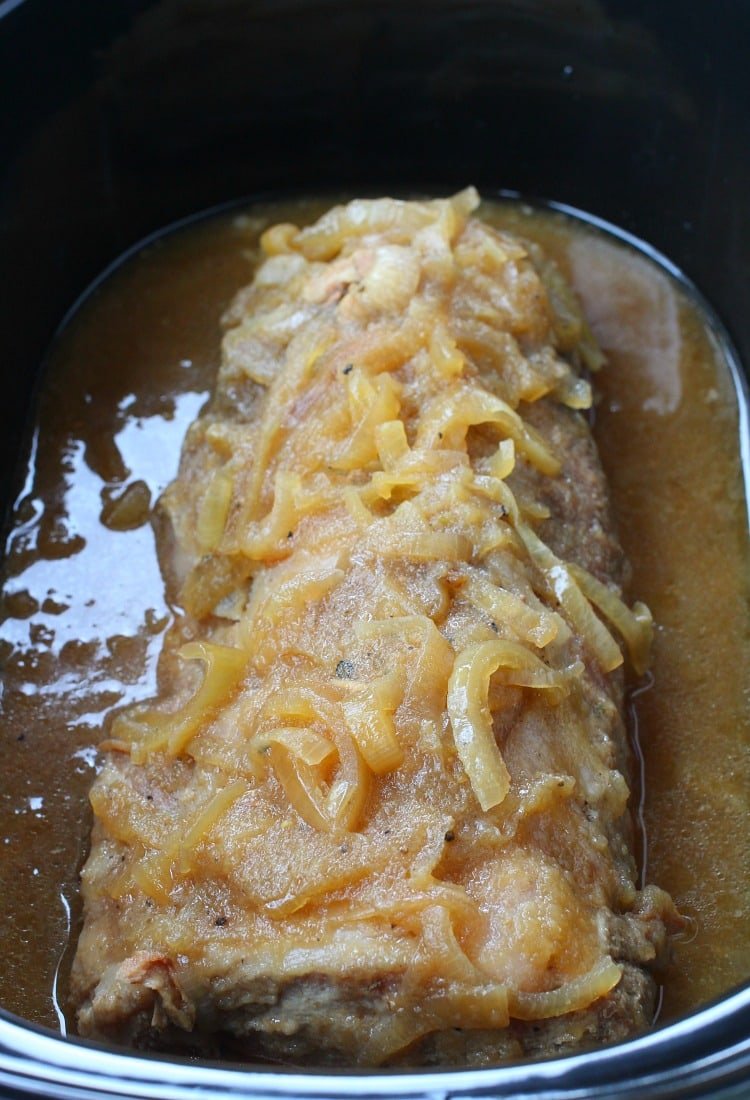 What Side Dishes Go Well With Pork?

Mashed potatoes are always a go to for us, you could have those going in a second slow cooker too! Or try these Shoestring French Fries or this Spicy Mushroom Rice.

Need a vegetable? Roasted brussels sprouts would be awesome with this crock pot pork recipe, or a super crispy homemade caesar salad! 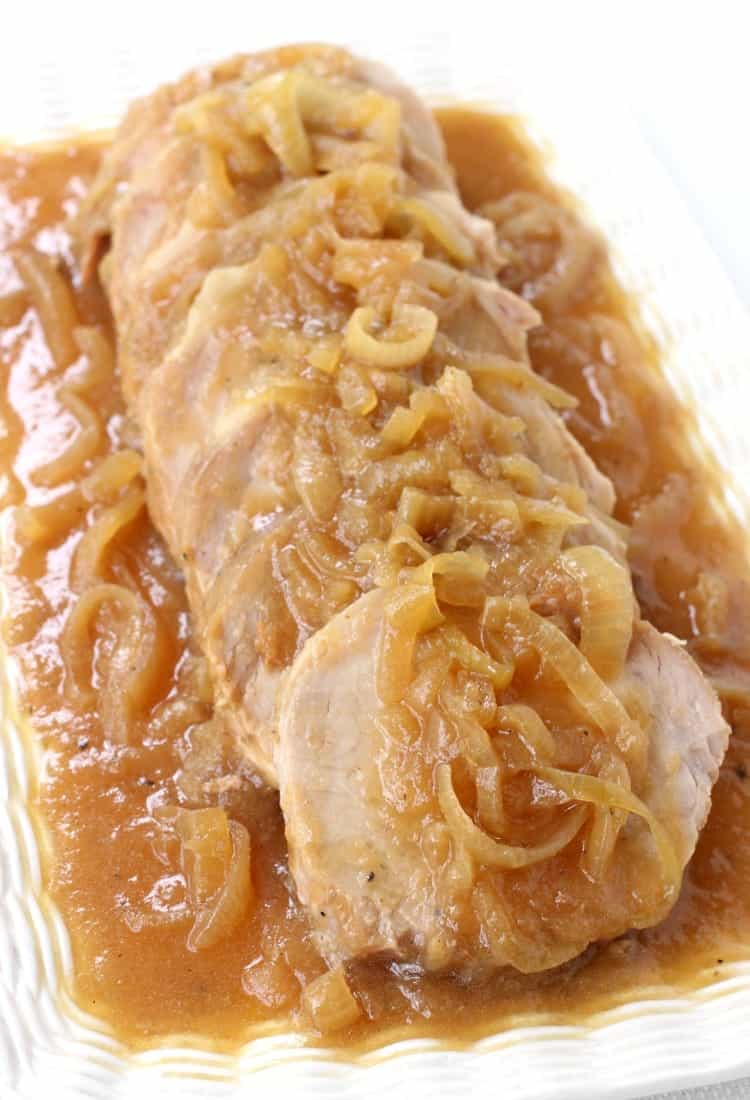 A Crock Pot Pork Roast Recipe that’s so easy it’s practically no-fail! There’s only 3 ingredients, so it doesn’t get much better, or easier than that!