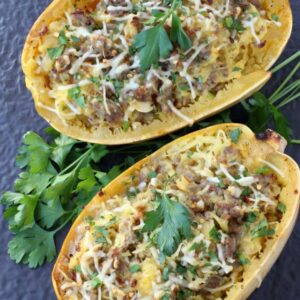 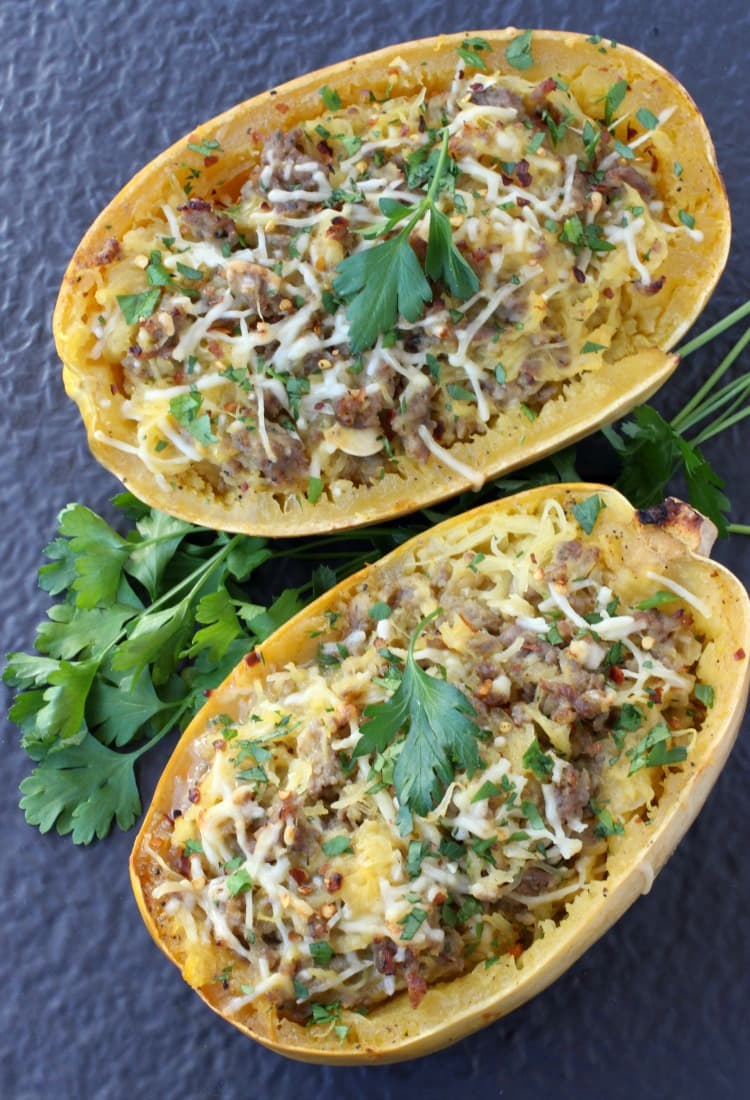 Here we go with another new food for me.

Spaghetti squash. Never had it, never really needed to try it…but now. I did. And once again, I loved it.

Christie went with a friend of hers to Napa a few weeks ago and the first night they were there they had dinner at a tapas restaurant. One of the dishes they ordered was spaghetti squash with goat cheese and reduced apple cider and apparently it was one of the best things they ever ate. Wish I was there to have some too but someone’s got to hold down the fort here. Kids, sports, school…It’s how we get it all done.

So she told me all about this dinner and insisted that we make this squash. I did my usual and told her that we needed to add sausage – it’s like the running joke with me, anything that is a meat-free dish I think would be better with sausage. You could even turn this spaghetti squash into pizza – it’s the next recipe I’m going to try.

I definitely like turning boring vegetables into much tastier things like the Buttered Carrots, or Roasted Broccoli.

She wasn’t going to get me to do the goat cheese either, that one I drew the line at. Not a favorite cheese of mine so we swapped it out for parmesan. I think I did pretty good with my swap outs because this Sausage Spaghetti Squash with Apple Cider Glaze is probably one of the most amazing things I’ve ever tasted.

How To Make This Sausage Spaghetti Squash Recipe

And this is how it all starts out – roast the squash that you’ve seasoned with salt and pepper and olive oil. 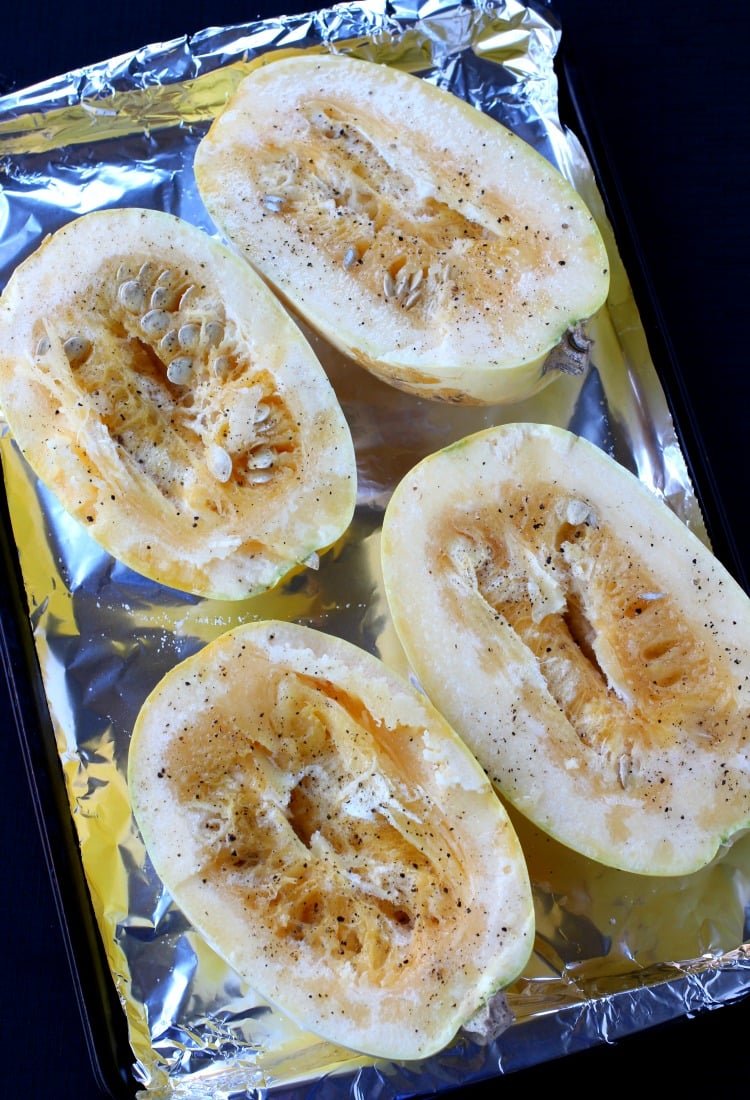 Scrape out the center with a fork and start mixing the filling. 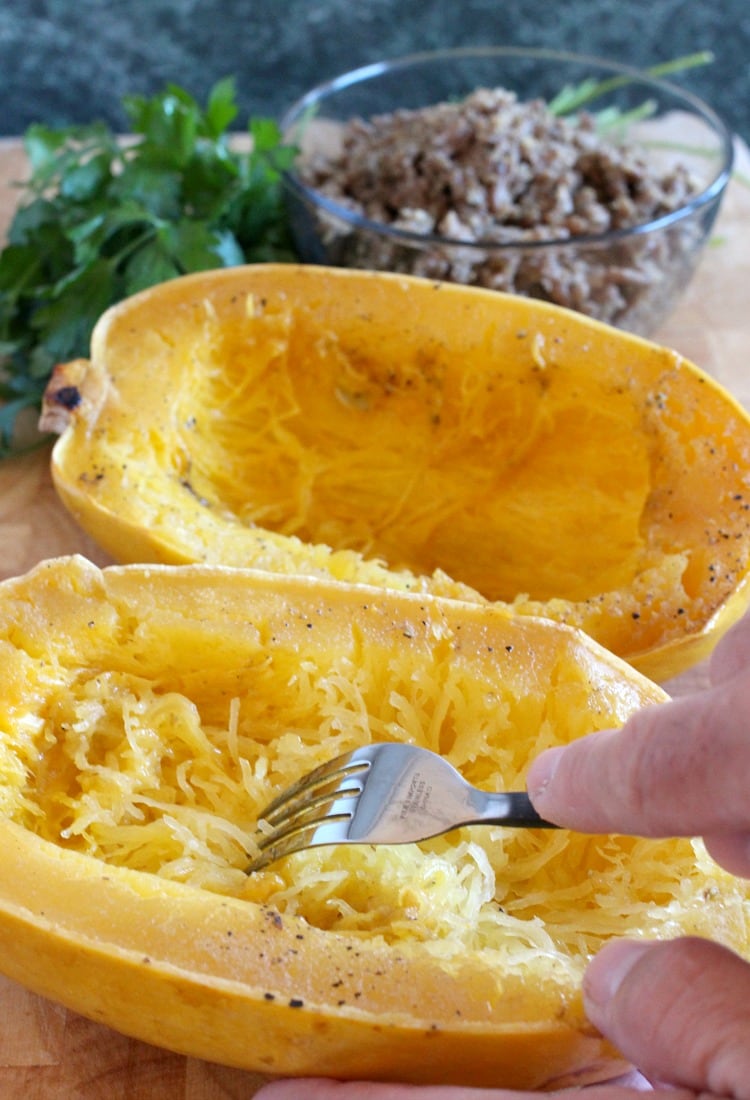 Toss it all together with apple cider that you’ve reduced down for 20 minutes until it’s thick and syrupy…then stuff it back into the squash halves and bake once more for 10 minutes. 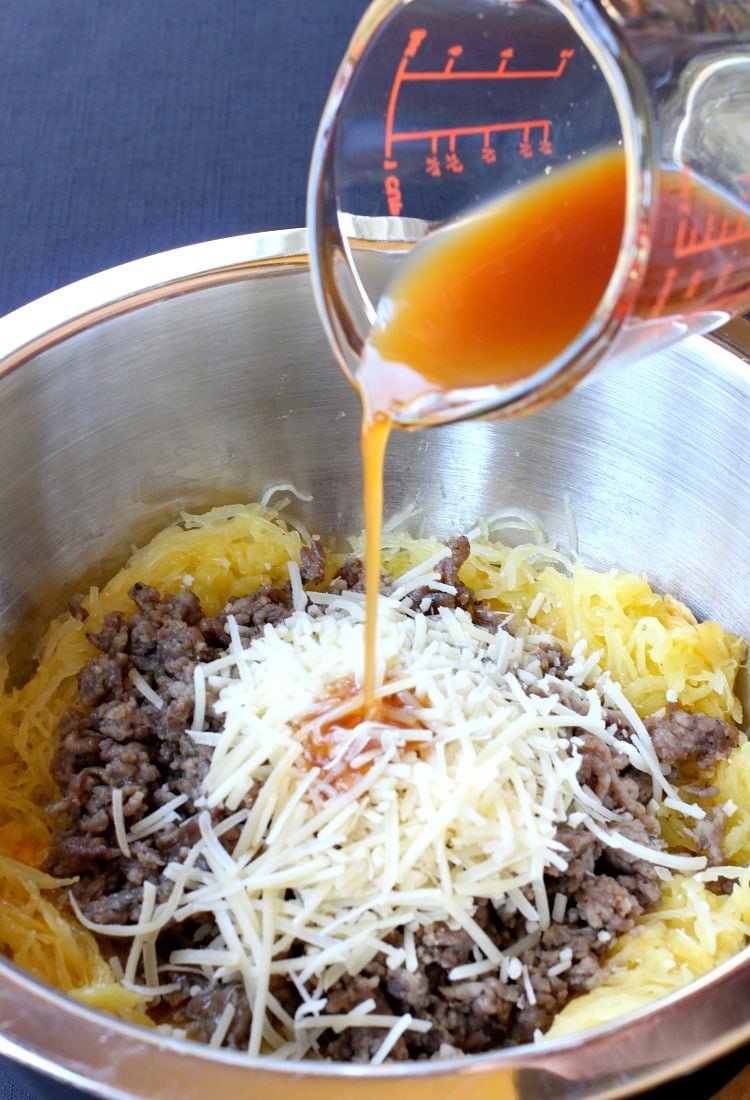 It’s how all vegetables should be served, with meat and cheese.

You Can Leave Out The Sausage To Make A Vegetarian Dish

This Sausage Spaghetti Squash with Apple Cider Glaze would be a perfect side dish to your Thanksgiving dinner, you could even leave out the sausage and make it a vegetarian option if that’s what you’re looking for. But this dish will definitely be a wow factor on any table, Thanksgiving or not. 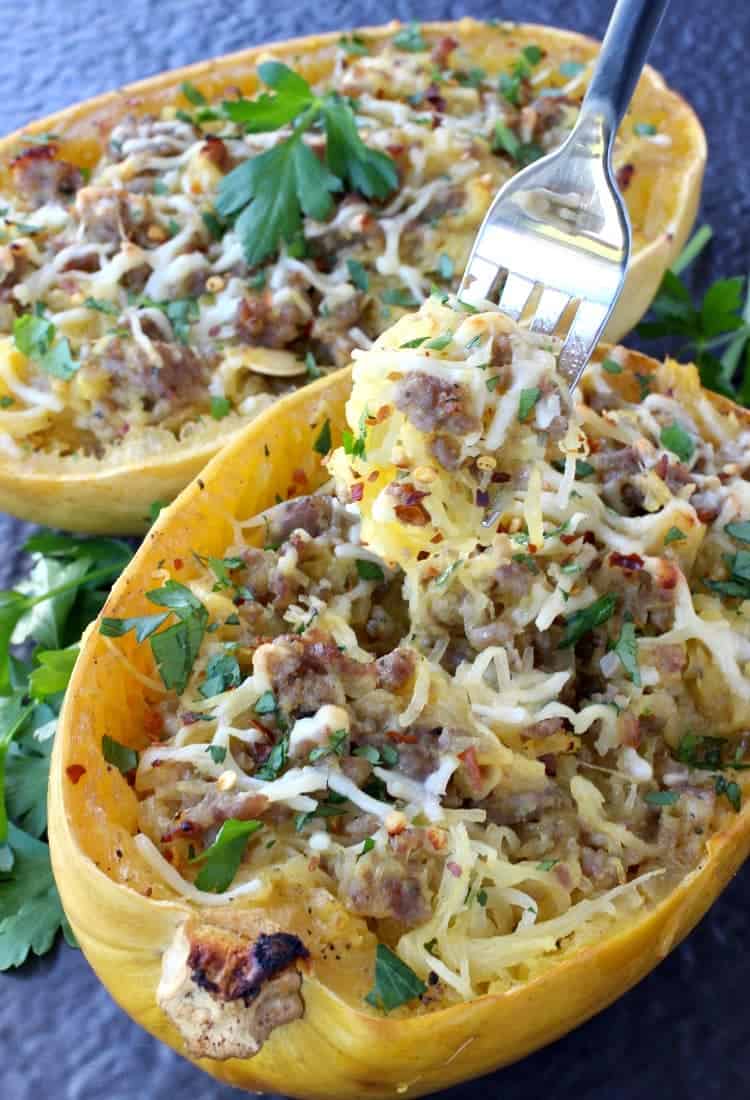 For Roasting the Squash