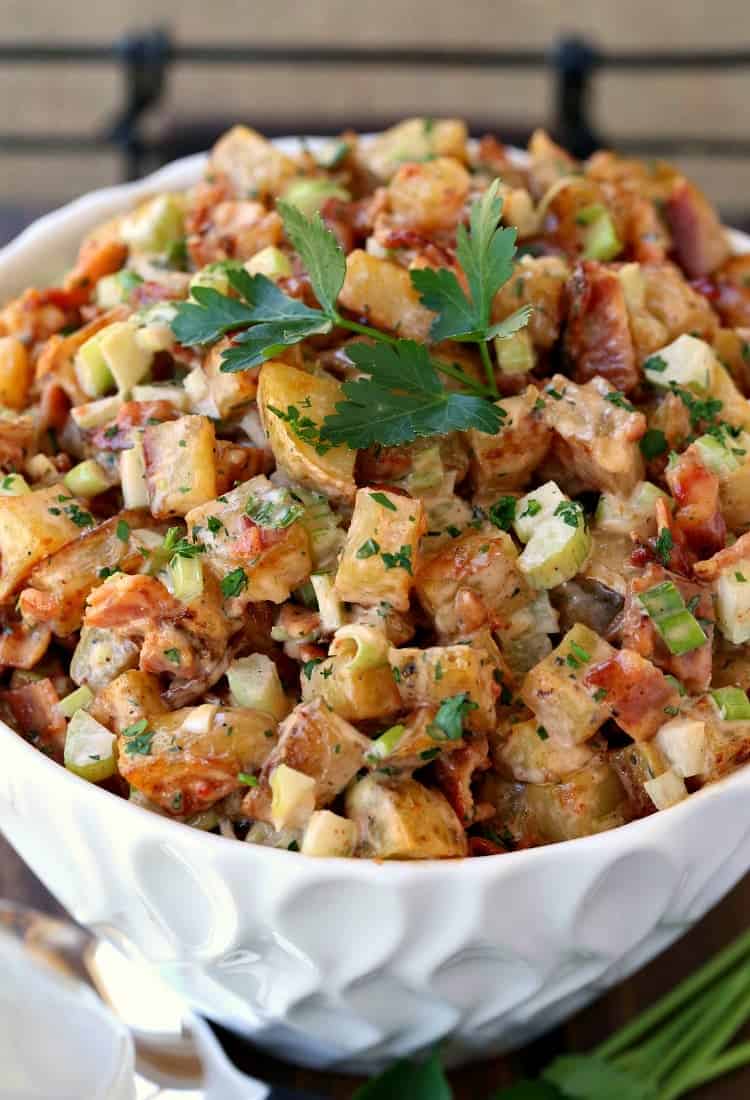 This Oven Roasted Barbecue Potato Salad starts with crispy potatoes that are roasted in the oven, then tossed in a creamy barbecue dressing!

Looking for more side dish recipes? Try our famous SPICY MUSHROOM RICE that goes with almost any dinner, or this delicious BRUSSELS SPROUTS CASSEROLE or one of our new favorites, DISCO FRIES CASSEROLE! 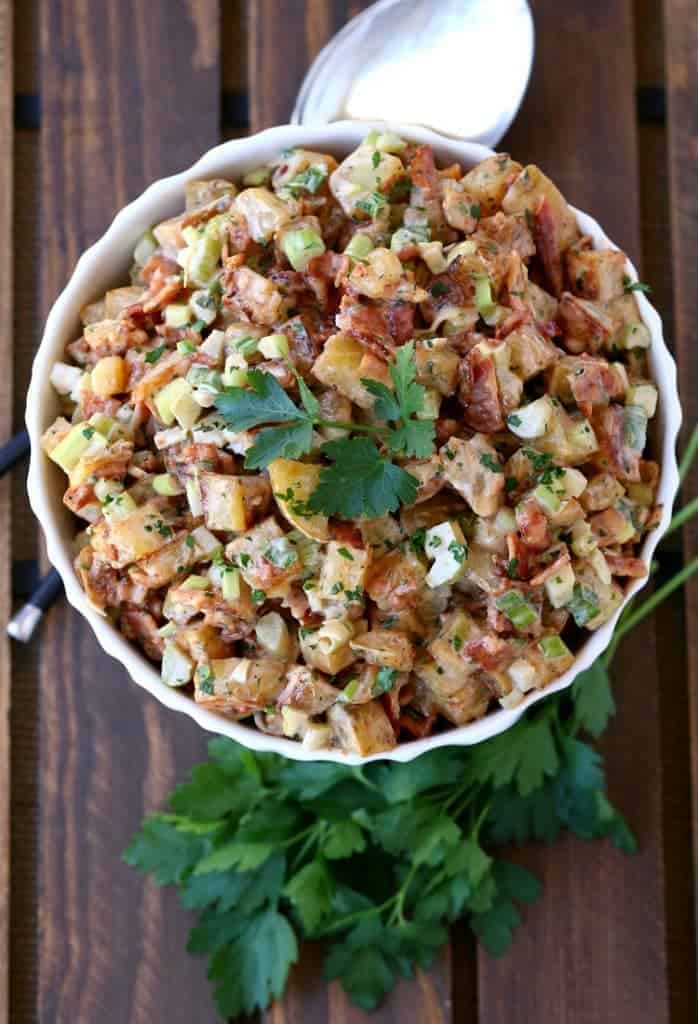 Why We Love This Potato Salad Recipe!

Sometimes nothing beats the classics, but when you try this Oven Roasted BBQ Potato Salad recipe you’re going to wonder where it’s been all this time.

Oven roasting the potatoes gets the cubes of potato slightly crispy on the outside so that you don’t end up with mushy potato salad.

Once the cubes of potatoes get tossed with the creamy barbecue dressing they’ll soften up a little again, but still stay together. No mushy potato salad here! 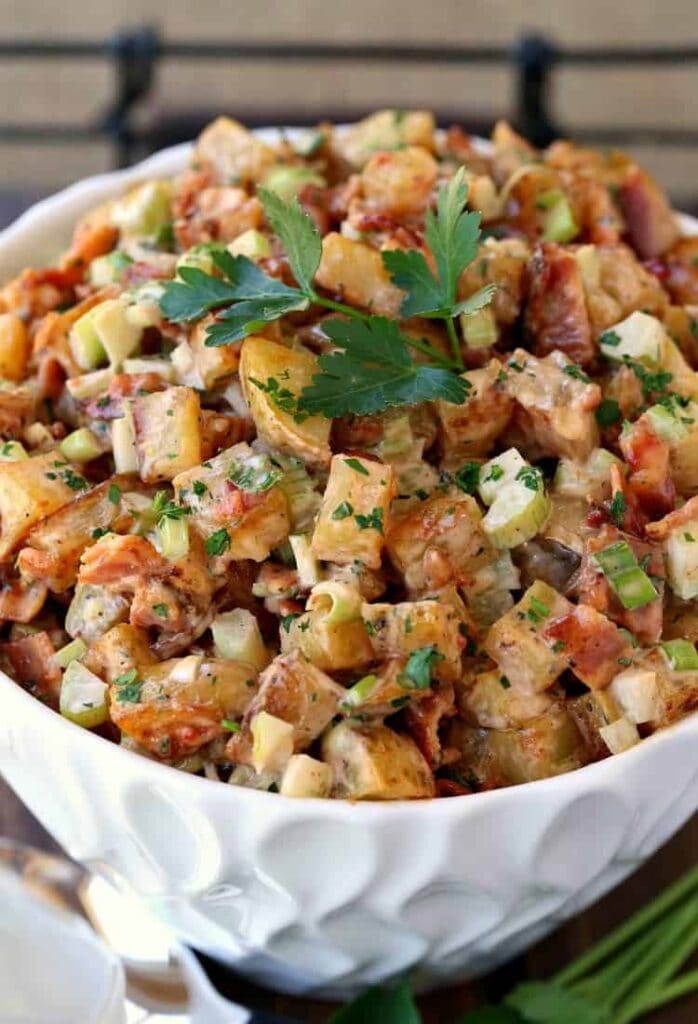 Next pro tip for making the best potato salad, in my book, is the dressing. We’ve mixed a basic mayonnaise potato salad dressing with some of our favorite BBQ sauce and let me tell you, it’s amazing.

Just grab your favorite BBQ sauce, or make your own if you prefer and pour it right in there. Any BBQ sauce is going to work, it just depends on what you like!

How Do You Make This Potato Salad?

Making this recipe is so easy, I think it’s even easier than boiling potatoes for a classic potato salad recipe. Start out by cubing potatoes and placing them on a baking sheet with olive oil, salt and pepper. 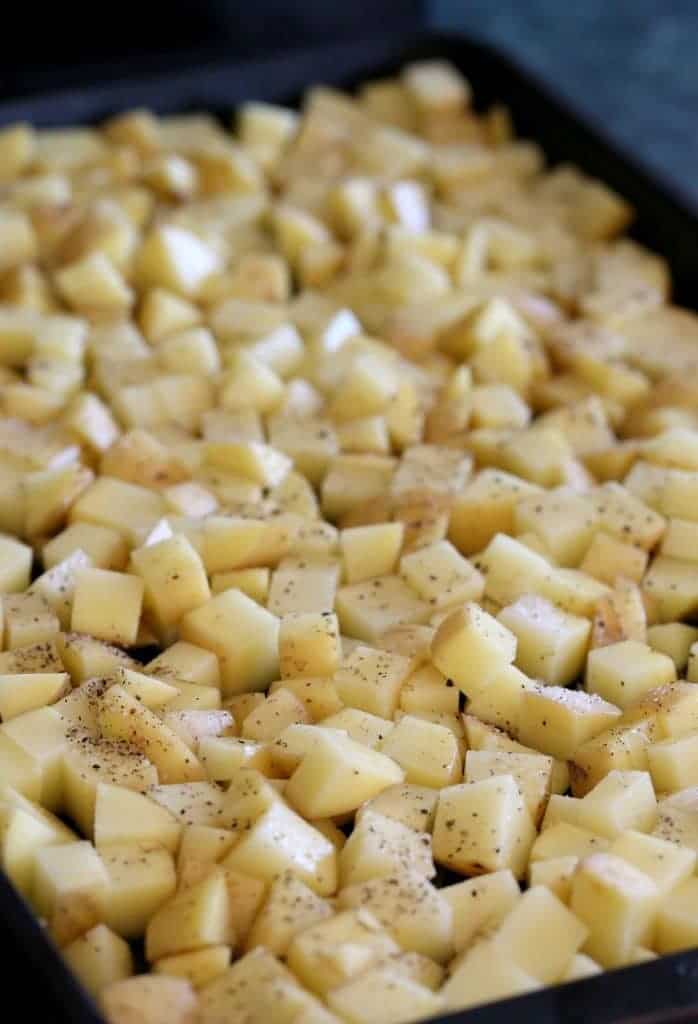 Roast the potatoes in the oven until they’re cooked through and a little crispy on the outside, then take them out and let them cool.

Now you can make the dressing by whisking together mayonnaise, barbecue sauce and a few seasonings until it’s sooth and creamy.

After that you just toss the roasted potatoes with the dressing, along with crispy bacon, scallions and celery.

You’ve got the perfect combination of smooth, creamy and sweet along with crunchy and salty in this potato salad recipe. Let me tell you, it doesn’t get much better. 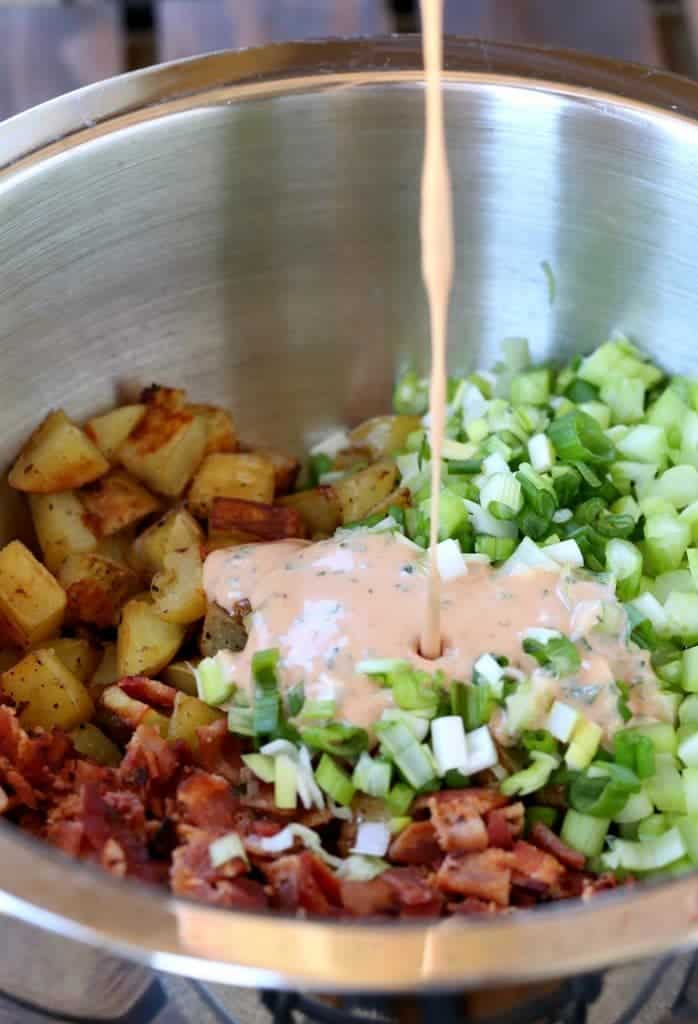 Can You Make This Potato Salad Ahead Of Time?

Absolutely! For instance, you can make this potato salad, cover it in plastic and keep it in your refrigerator until you’re ready. The morning of is fine, just give it a good toss before serving to combine the dressing with the potatoes again.

Or if you need to really prep this potato salad ahead of time, like a day or two, just get all the ingredients ready and prepped and store them in a bowl, keeping the dressing separate.

So when you’re ready, or a couple of hours before is best, toss the ingredients with the dressing. 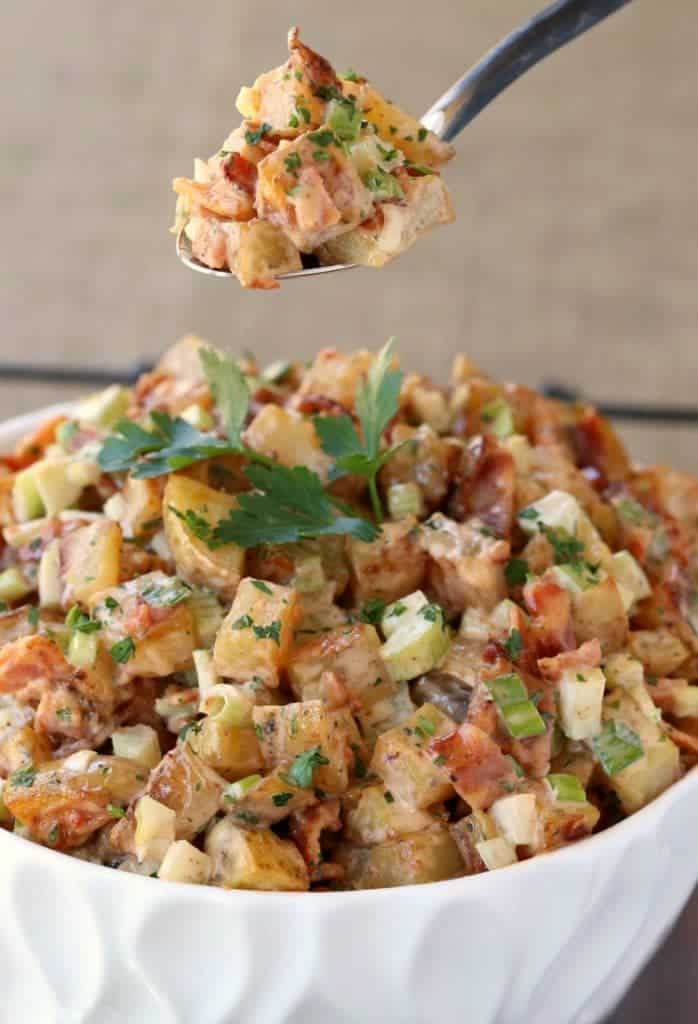 Most importantly, let the tossed potato salad sit for a couple of hours in the refrigerator before serving so that the flavors can combine together because it’s so much better that way!

Looking For More Side Dishes? 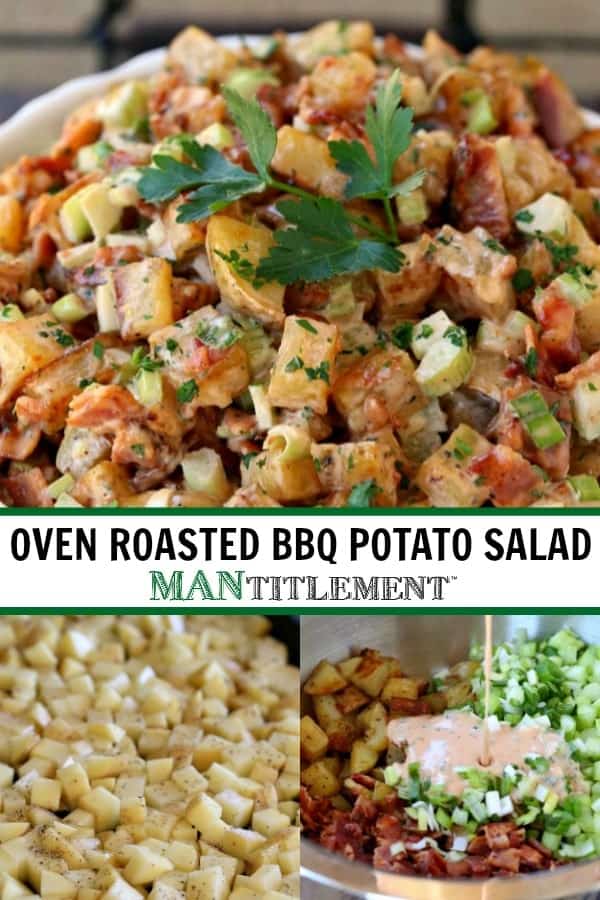 This delicious twist on potato salad starts with oven roasted potatoes and a creamy BBQ dressing!

This post has been brought to you by our friends at Head Country Bar-B-Que Sauce, all opinions here are mine.