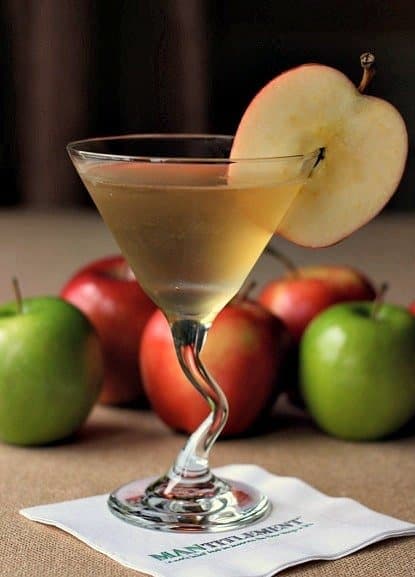 I know what you’re thinking, another apple martini recipe…but this is a Maple Apple Martini.

Way different and so much better.

You won’t see any of that green stuff in my Maple Apple Martini, only the good stuff. This martini is going to taste more like a crisp caramel apple instead of an overly sweet candy apple.

Of course I had to use my Noble 01 Handcrafted Maple syrup in this drink, if you’re familiar with pure maple syrup you’ll know it isn’t even half as sweet as the fake stuff. It just adds a delicious maple flavor to the drink and gives it a little bit of sweetness.

Making this martini was the perfect excuse to finally break out my Fresh Pressed Apple Vodka from Tuthilltown. I’ve been saving it for the right time and the time finally came – wow is that stuff good. If you get a chance to get yourself a bottle, I highly recommend it. It’s triple distilled to leave the faint essence of the Hudson Valley apple cider that it’s made from. This isn’t like your typical “apple vodka” which is just vodka with apple flavor added to it. They actually ferment the apples like they would to make cider and then it’s distilled three times.

Hands down this Fresh Pressed Apple Vodka makes one hell of a martini. One of my favorites so far, but if you don’t have the apple vodka from Tuthilltown, just use a high quality regular vodka and it’ll still be a damn good martini. I did make it with both types of vodka so I could let you know for sure and I would definitely not substitute any apple vodka, just use any good plain vodka that you have and you’ll be all set. 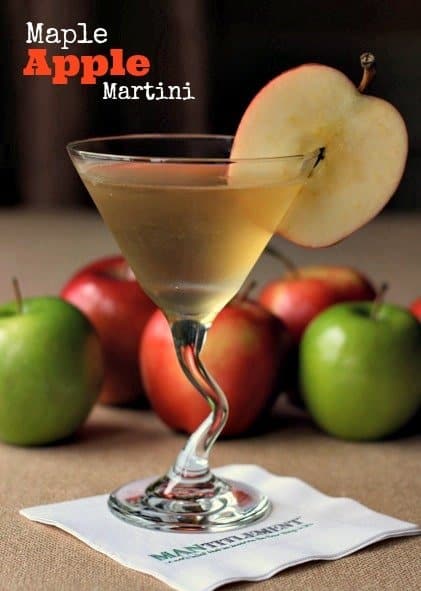 By the way, this martini would be a great drink to make for your wife on Mother’s Day…serve them up with some Maple Chicken Kabobs and you’ll be a hero.

And ladies, tell your husbands that these recipes are super simple to make – if I can do it, they can too!