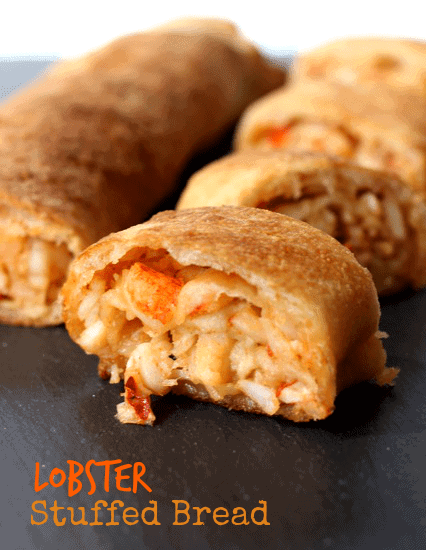 This Lobster Stuffed Bread is a game changer…it’s essentially garlic bread, but stuffed with lobster. So it’s pretty much the best garlic bread you’ve ever made. 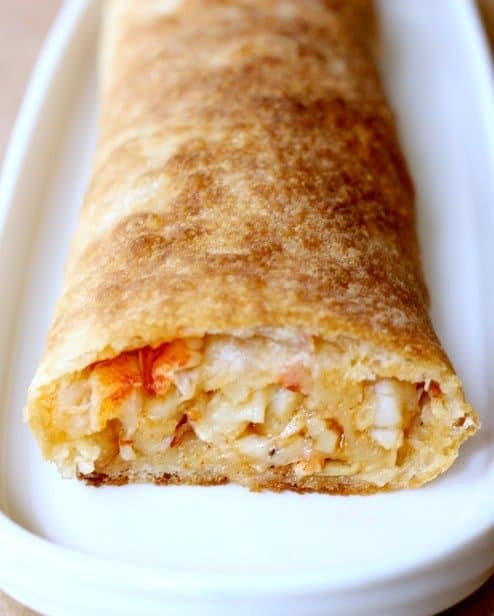 Cause what goes better with garlic and butter than lobster??

But this Lobster Stuffed Bread is totally Mantitlement worthy.

The filling is almost like a lobster scampi – butter (a lot of butter) garlic (lots of garlic), parmesan cheese and some black pepper. Cook it up for a few minutes and set aside to cool. 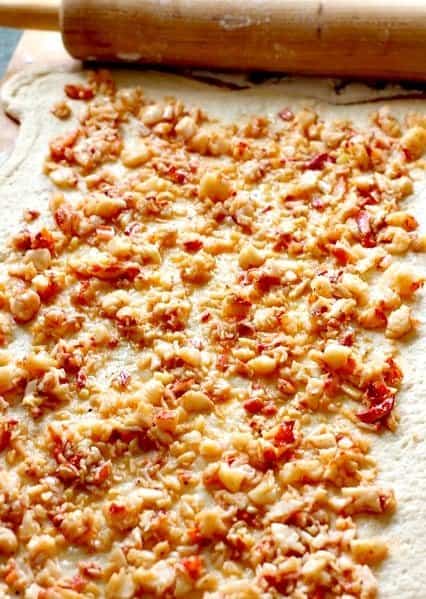 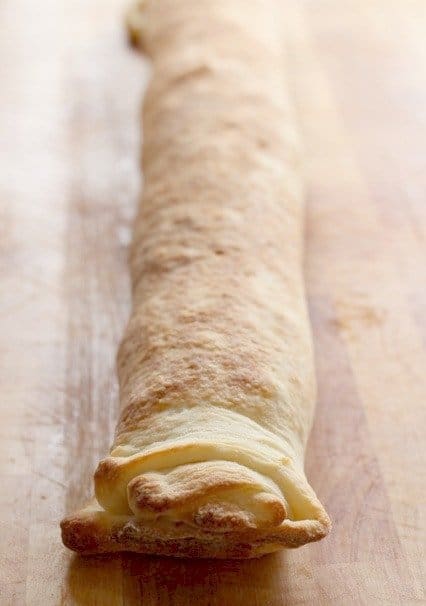 Let it cool a few minutes and slice it up. Awesome appetizer or as a side dish to burgers, steak or anything.