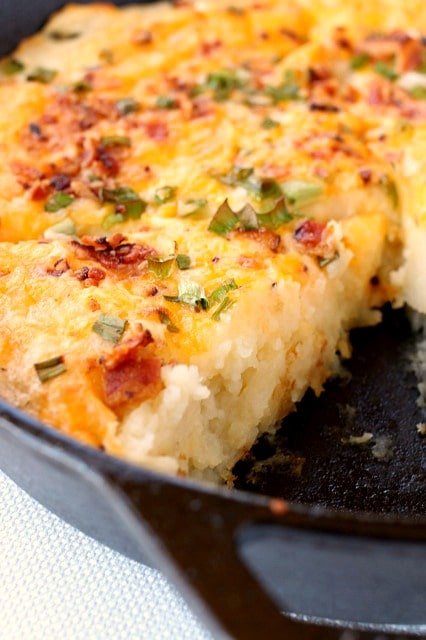 If you love mashed potatoes then you’re going to flip over these Loaded Skillet Mashed Potatoes! Load up all your favorite potato toppings in this skillet for the ultimate side dish! 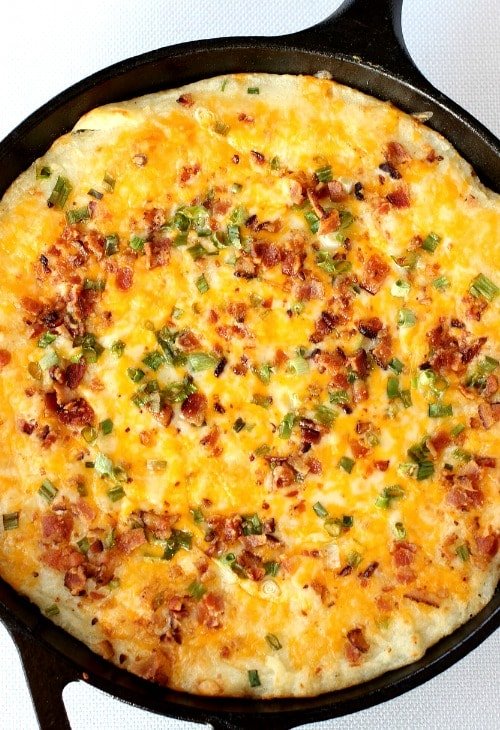 Mashed potatoes in any form are a win for me. I do like them made a certain way…Christie introduced me to a potato ricer (probably a mistake now that she looks back) but now that’s the only way I like them.

Their smooth and creamy, just the way mashed potatoes should be. No lumps for me, thanks.

But if you take your mashed potatoes and put them in a skillet…then top them with bacon, scallions and tons of cheese??

Well, I think these might be the most amazing mashed potatoes I’ve ever eaten. And I can tell you that’s saying a lot.

The only problem with these Loaded Skillet Mashed Potatoes is that there’s only one skillet. but I guess you could double the recipe and use two skillets? Noted for next time. 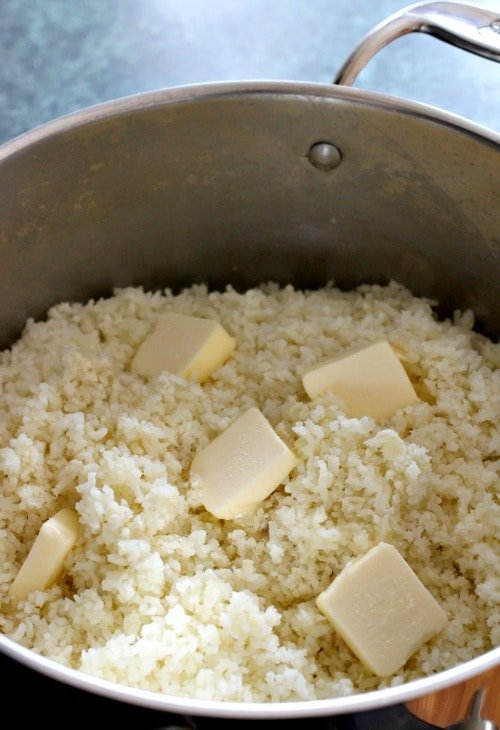 Melt a couple tablespoons of butter in the skillet and then add the mashed potatoes in an even layer. 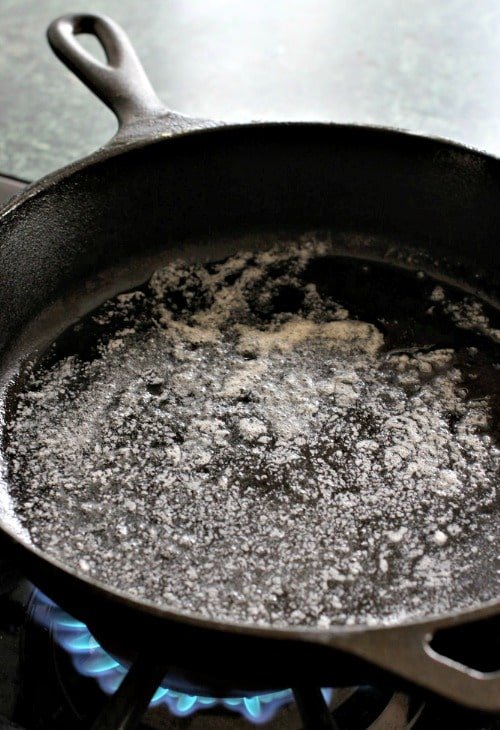 Top with cheddar cheese, crumbled bacon and chopped scallions and put the skillet into the oven. 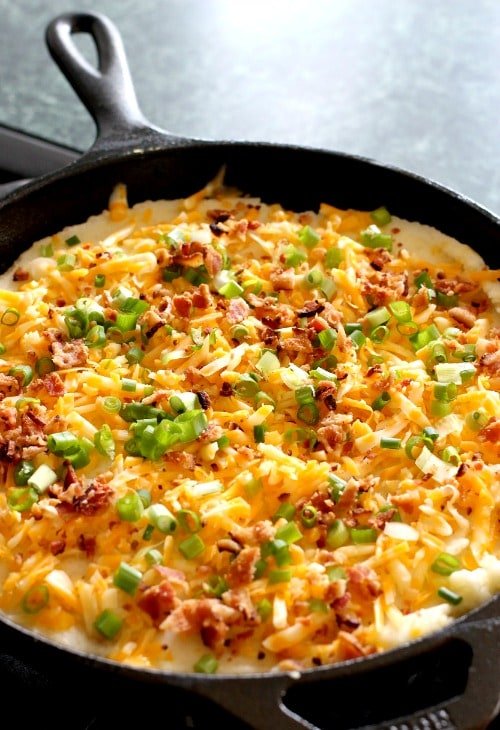 The cheese will melt – the mashed potatoes will get a super-crispy crust on the bottom (especially if you use a cast iron skillet) and you’ll have the best mashed potatoes you’ve ever eaten.

Take the whole skillet and put it right on a board in the middle of your table for everyone to dig in.

Cut the potatoes out in wedges like a pizza, or get a big spoon and scoop them out.

Either way they’re going to be the best loaded mashed potatoes you’ve ever had. Enjoy! 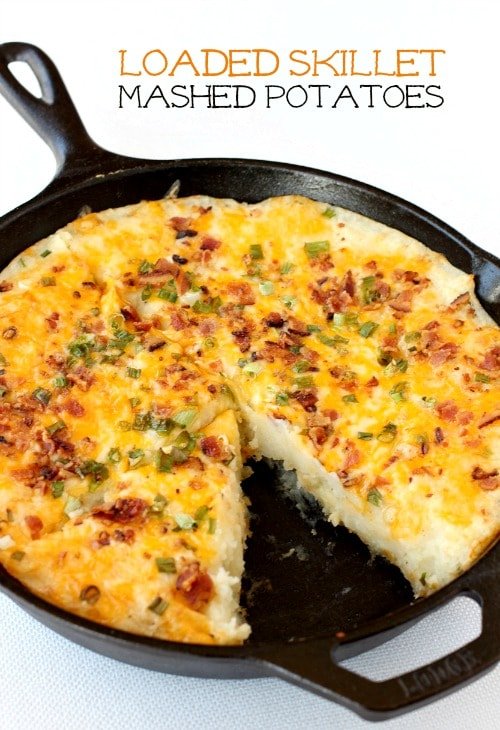