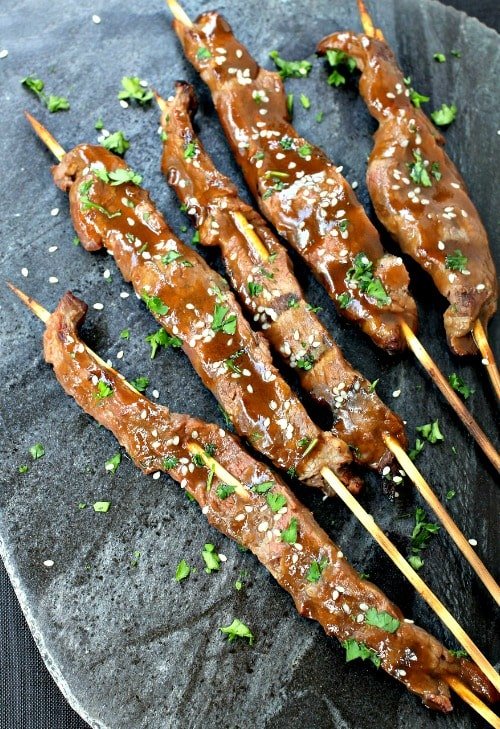 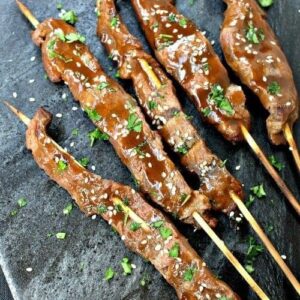 This easy Korean Steak Kabobs recipe will turn any family dinner into a party! Any time dinner involves kabobs it usually feels like a party to me!

I know it seems like a lot of work to put all those slices of steak onto  skewers but I did this recipe twice. It takes 15 minutes – tops. And because the steak is marinaded for hours and sliced thin it cooks up in five minutes.

One of the quickest dinners that we make is Korean Beef over rice. It literally is done in 15 minutes, the rice probably takes longer than the beef, but it’s so good we seems to make it a couple of times a month. So we took that simple recipe and turned it into a filling for Korean Beef Quesadillas. Now when we make Korean Beef we have to triple the recipe instead of just doubling it so we have extra for quesadillas. Lot’s of beef going on…

Take those same Korean Beef flavors and turn it into a marinade for a flank steak. The marinade for this steak alone is worth taking down the recipe.

How to Make Korean Steak Kabobs

Start a good few hours ahead of time – overnight is best but a good 6 hours at least. Get your flank steak in the marinade – bacon, garlic, soy sauce brown sugar onions and root beer. Not just any root beer of course, I used a hard root beer for this. It’s called Not Your Father’s Root Beer and it’s so good. So good I made sure not to use more than one bottle for the recipe so I could drink the rest. 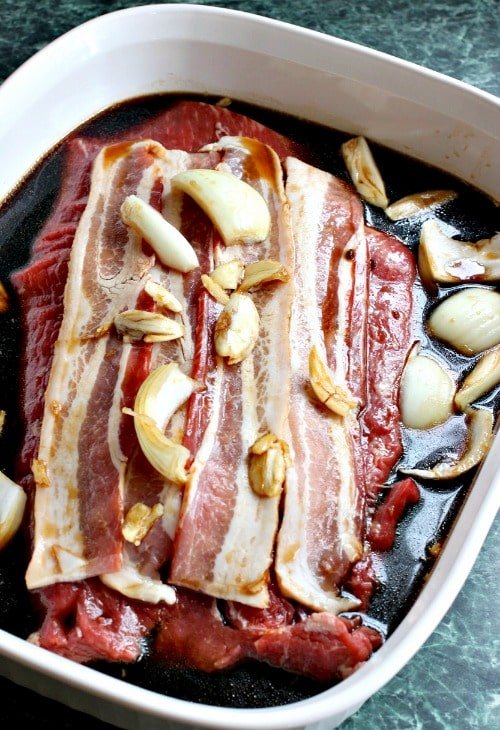 Once it’s soaked up all that good flavor you’re going to slice it into strips about 1/4 inch thick and get them on your skewer sticks. If you’re using wooden ones like we did make sure you soak them in water for about 1/2 hour before you put them on the grill. 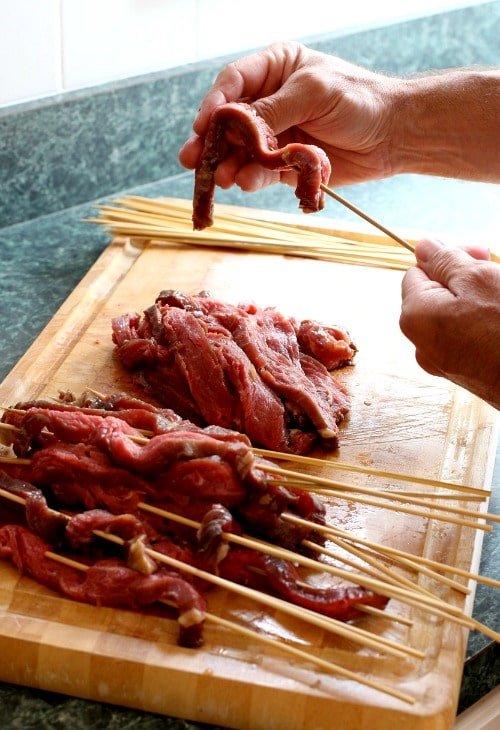 And now it’s grilling time! Grab the rest of that pack of Root Beer and head out to the deck. These are only going to take about 2 minutes per side until they’re done… 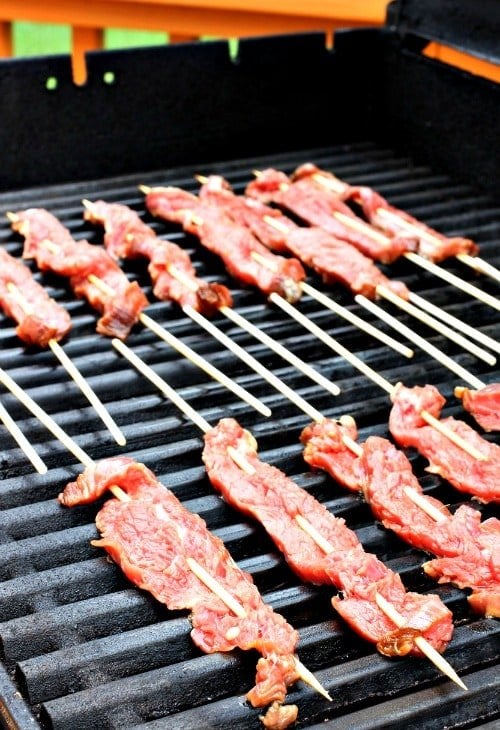 While your kabobs are on the grill pour the rest of the marinade into a small saucepan and let it reduce for 15 minutes. Add some Wondra® flour to thicken it up and let it simmer.

Take the Korean Steak Kabobs off the grill and pour the reduced marinade all over the top. Garnish with sesame seeds and chopped parsley – dinner is done.

Food on a stick never looked so good! 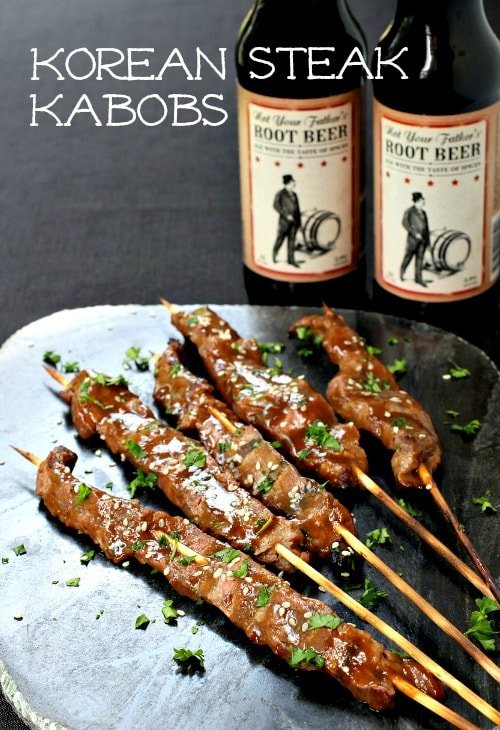 This easy Korean Steak Kabobs recipe will turn any family dinner into a party! Any time dinner involves kabobs it usually feels like a party to me!

If you can’t find Not Your Father’s Root Beer you can substitute regular root beer instead.