These Twice Baked Bacon & Egg Potatoes are perfect for brunch! Our boys love this twice baked potato recipe so  much they have them just for breakfast! 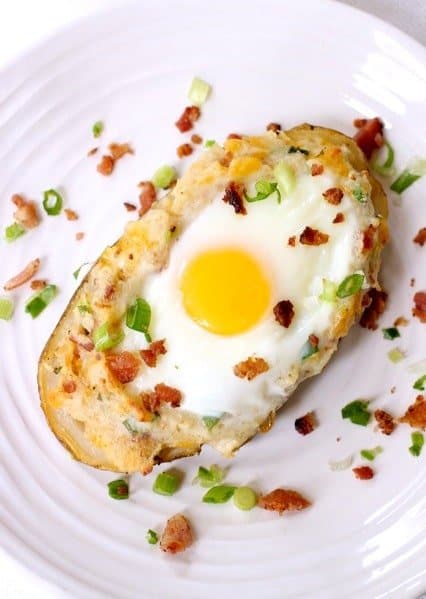 We’ve all had twice baked potatoes, I’m sure. And I’m also sure that we’ve all had fried egg before, too. That is if you’re an egg eater…

But having both together? In one fluffy baked potato holder? Now that’s a brunch recipe that’s I’m going to be into.

Also these twice baked potatoes can really be made ahead of time if you are making them for a holiday party or a brunch. Just make them up until the point that you crack the egg in and keep them in the refrigerator until you’re ready. Then just add the egg and bake!

How Do You Make These Twice Baked Bacon & Egg Potatoes?

Start out by baking your potatoes. I used the largest Idaho russet potatoes I could find. Rub them with a little olive oil, salt and pepper then wrap them in foil and bake for 45 minutes to an hour. 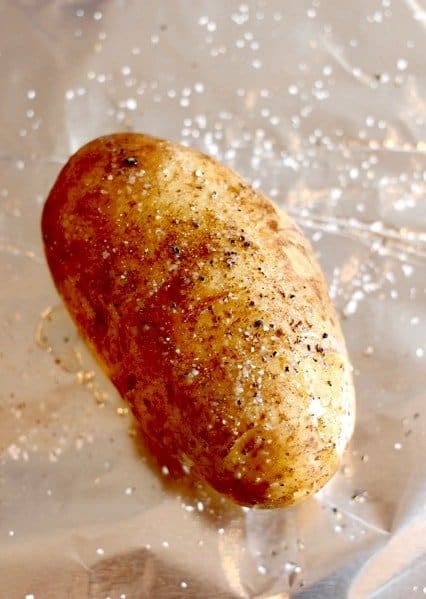 While the potatoes are cooking start the bacon. Cook it up in a pan until crisp then chop it up and have it ready for your filling. When the potatoes are done cut them in half lengthwise and then scoop out the insides leaving a half inch border around the edges.

You can mash the potatoes with a potato masher but I riced mine for a smooth filling. I blame it on the wife, she came home with a huge potato ricer from Williams Sonoma one day and since then the potato masher is out. 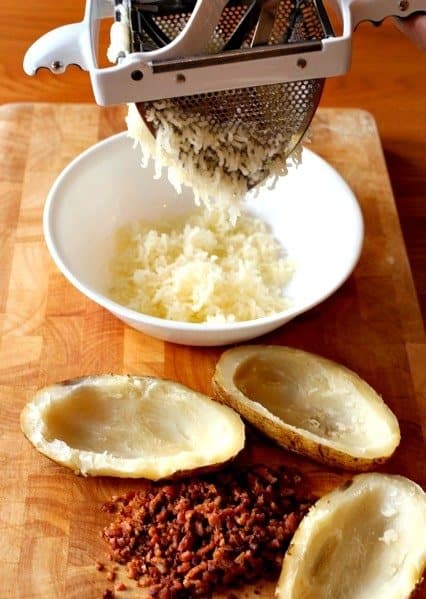 Chop up the bacon into small pieces then add it to the potatoes along with some milk, scallions, grated cheese and some salt and pepper.

Salt and pepper the potato skins too –  and then scoop in the filling equally into the 6 halves. Make a well in the filling, large enough to hold your eggs and then start cracking.

Carefully add an egg into the center of the potato filling, some might leak out but that’s ok. Bake for 20-25 minutes and you have epic Bacon & Egg Twice Baked Potatoes. Genius. 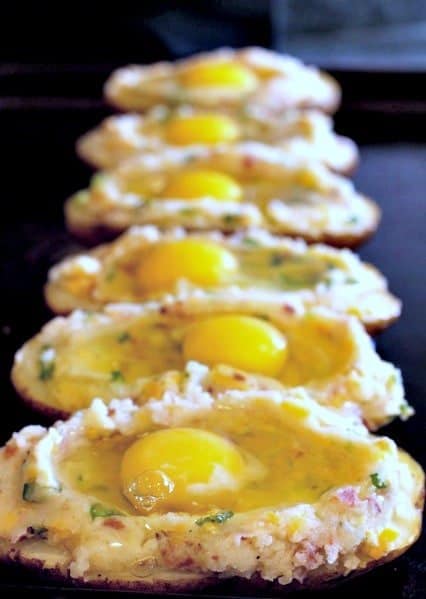 When they come out of the oven, you’re going to want to serve them up right away. That way the yolk will be nice and runny when you cut into them. If that’s not your thing…then let them sit a few minutes to let the yolk set.

For us, it’s the runny yolks, but you decide. This twice baked potato recipe would work for breakfast, brunch or even dinner at my house! 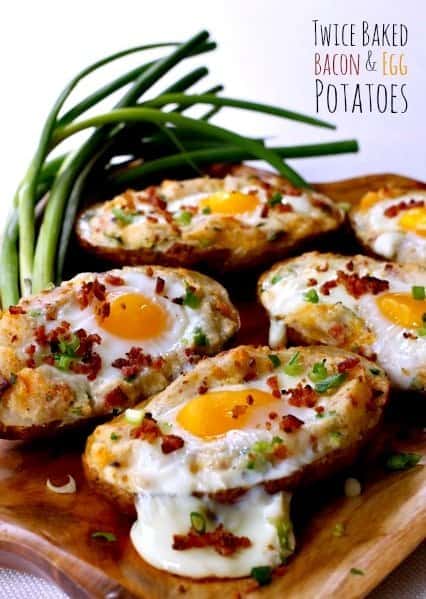 These egg filled potatoes are going to be a brunch hit!