If you’re looking for a light meal for lunch or dinner, these slow cooker Shredded Chicken and Artichoke Sliders are your answer! 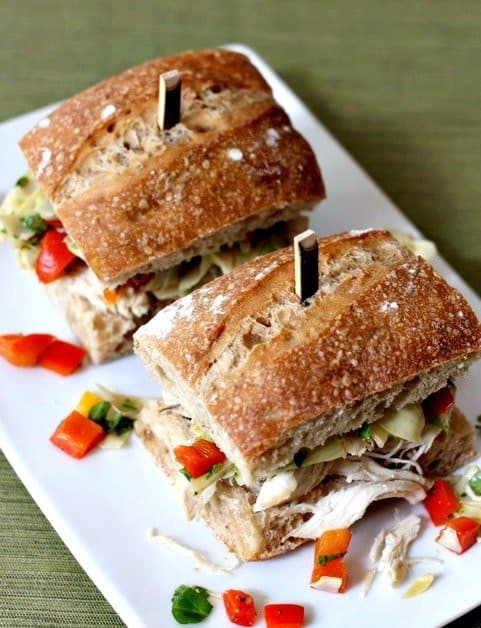 The chicken for this slider is where the crock pot comes in…some chicken broth and chicken breasts in your crock pot with a few seasonings and 4 hours later you have tasty shredded chicken. Not 8 thousand hours later, just 4. And really I think it’s even fine after 3.

The chicken is perfect for the sliders but we also ended up using it for a lot of other things in the next couple of days…the wife was putting in her salads, I made some chicken salad for the kids and we even put some in a simple chicken noodle soup on the last day when my little guy got sick.

The first two nights though, it was all about the sliders.

So that dinner gave me to the idea for these Shredded Chicken and Artichoke Sliders. I used a jar of marinated artichokes that I had leftover from my Cheesy Artichoke Bread, I love a two-for one ingredient…so there wasn’t much to making this salad up because the flavor was already there.

How Do You Make These Shredded Chicken & Artichoke Sliders?

Just chop up some of the marinated artichokes and get them into a large bowl. Then chop up some roasted red peppers, some fresh arugula, s&p, and a little olive oil. 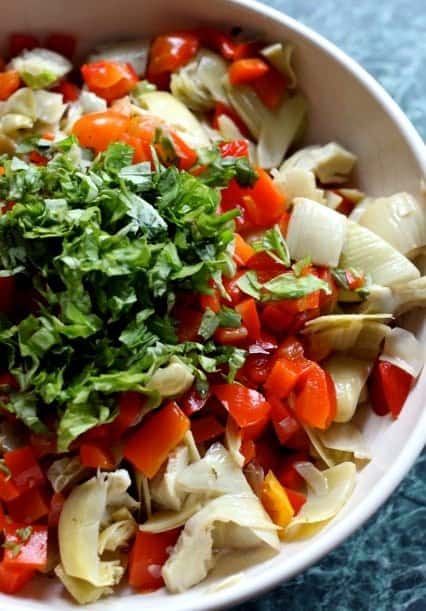 It’s good to go right away but if you have the time, let it sit in the fridge for a bit and it’ll get even better.

Next just assemble your artichoke salad on top of your shredded chicken and dive in. Easy and tasty. 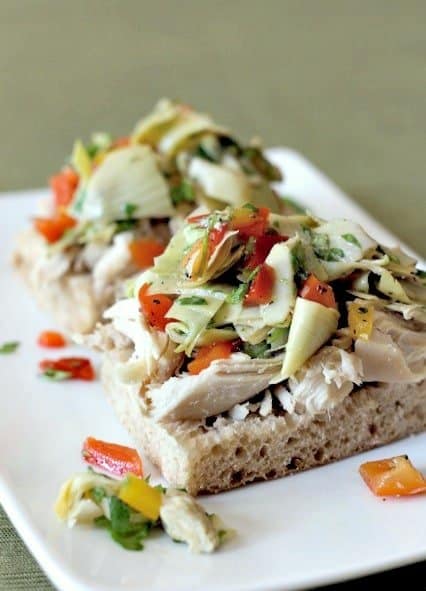 And yes, these are totally low-fat, low-cal, low-carb without the bun, etc…All of that is true. But I don’t care about that so much…I just love how they taste! 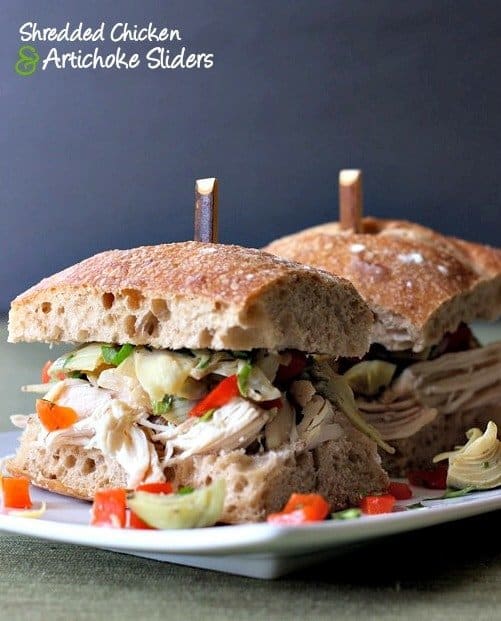 This slow cooker shredded chicken is tender and juicy!

For the Shredded Chicken