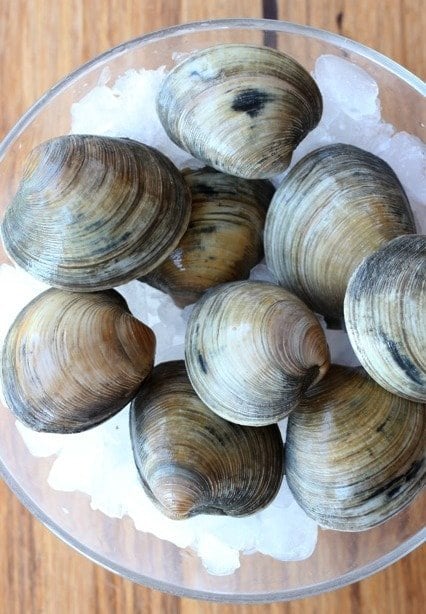 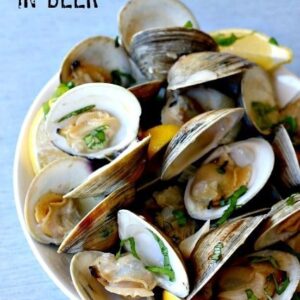 Looking for more clam recipes? Try my Easy Clams Casino Tarts and this Spaghetti with Fresh Corn and Clams. 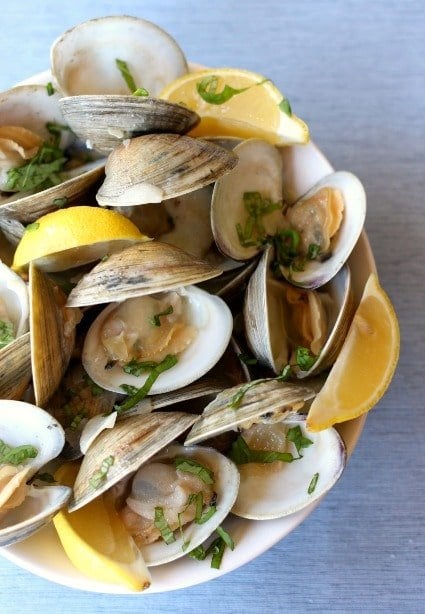 Littleneck Steamer Clams Are One Of My Favorite Foods

I guess it’s also a “one pot dinner” theme this week. Healthy and easy should be the theme.

Steamers have to be one of my favorite things to eat. I’m telling you, I can eat dozens of them.

I don’t even really need to dip them in butter, just plain, right from the shell. So even if I eat dozens, it can’t be too bad for me right? In fact, I read that clams have more iron in them than beef and they beat out any other seafood as far as a source of protein and they have more vitamins and minerals than chicken.

You can even use a light beer to steam the clams in if you really want to keep the calories down.

Make Sure To Soak The Clams Before Steaming Them

The important part is to soak the clams in water first for about 15-20 minutes. There’s not much worse than sandy steamers.

I’ve heard and read lots of methods for this – cornmeal, flour, even black pepper. But plain old water works just fine. The clams breathe in the water and filter out the sand leaving it all at the bottom of the bowl.

Then give the clams a good scrub and put them in a bowl.

How To Cook Steamer Clams

Heat up about 1/4 cup of olive oil in a heavy bottomed pot. Throw in a cup of diced onion and let it cook for 4-5 minutes.

Add some sliced garlic to the pot with the onion, give it a few stirs and then add your clams.

Stir the clams around with the onion and garlic and then pour in the beer. 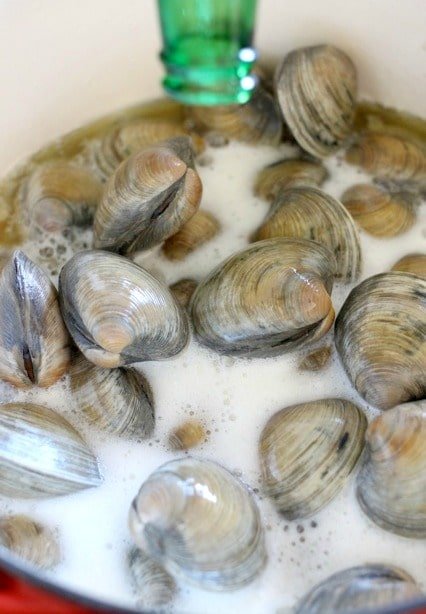 How Long Do Steamed Clams Need To Cook?

Put a lid on it and let them steam for 5 minutes. Take off the lid and give them another stir. If any clams have opened already take them out and set them aside in a large bowl – but most of them will probably need another 5.

After 10 minutes you can start taking out the clams that are open. Give any clams that haven’t opened another stir and 5 more minutes with the lid on. Any that won’t open after that are duds and you can get rid of them.

Once they’re done you can add some chopped parsley or basil on top – we melt some butter for the boys…they love to drown their clams in butter. Butter is pretty much covering their hands and arms when they’re done eating.

Serve these Steamers In Beer with a lot of crusty bread for soaking up the broth – and of course a few ice cold beers on the side! 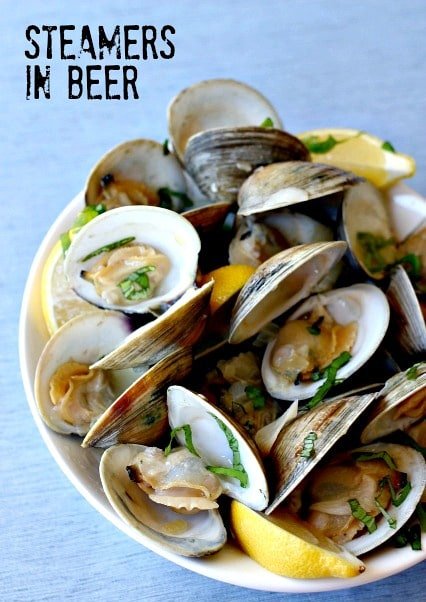