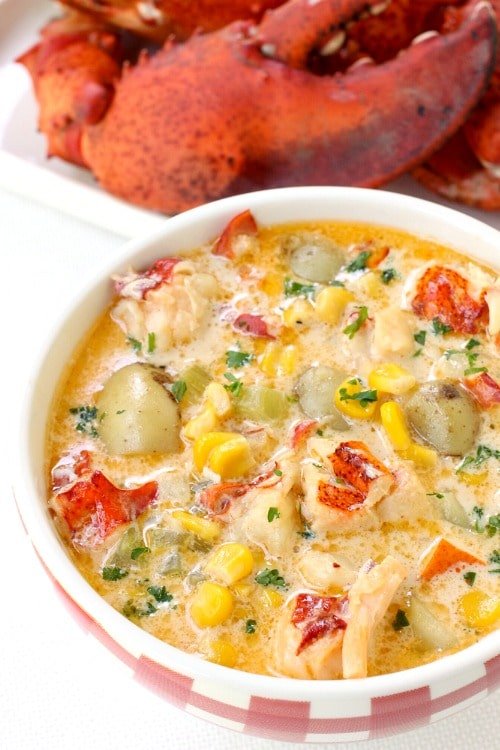 This Lobster Corn Chowder is one of my all time favorite dinner recipes! This chowder recipe starts from scratch, using the lobster shells and all! 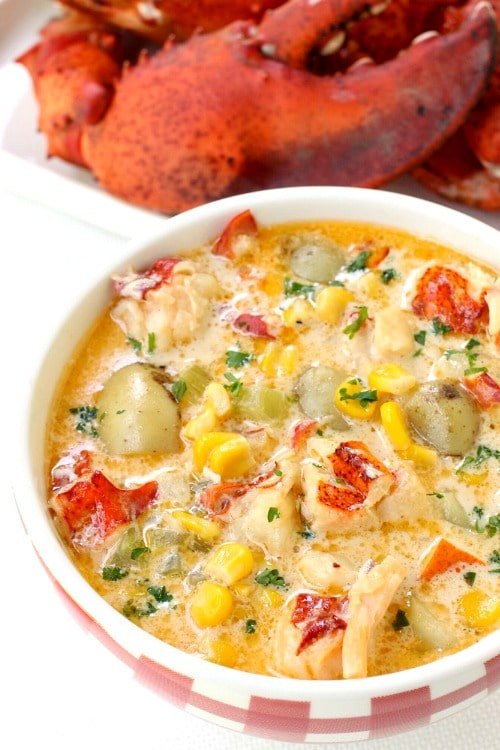 This chowder isn’t one of my quick dinners that I like to make, like for instance our Beefy Tomato Soup recipe, but it’s definitely worth it.

When lobster goes on sale for $4.99 a pound at our grocery store we stock up like crazy at my house. Besides just eating lobster steamed with tons of butter and lemon there’s so many recipes that call for lobster but we don’t get to make them all the time.

The recipe for this chowder is adapted from an Ina Garten recipe and we love it so much we’ve been making it for years.

How Do You Make Lobster Chowder?

First, you’re going to need two big pots. One to make the lobster stock and another for assembling the chowder.

Start cooking up a couple of large onions in butter in the first pot until they soften and start to turn translucent.

Next you need to start shelling the meat from the lobsters – not my favorite part but it only takes about 15 minutes to get through 3 lobsters once you get the hang of it!

Put all the lobster meat into a bowl and put all the shells in the stock pot with the butter and onions. Add in a bay leaf, sherry, whole milk, heavy cream and white wine and then simmer for a half an hour.

This is what will become the lobster stock for the chowder. 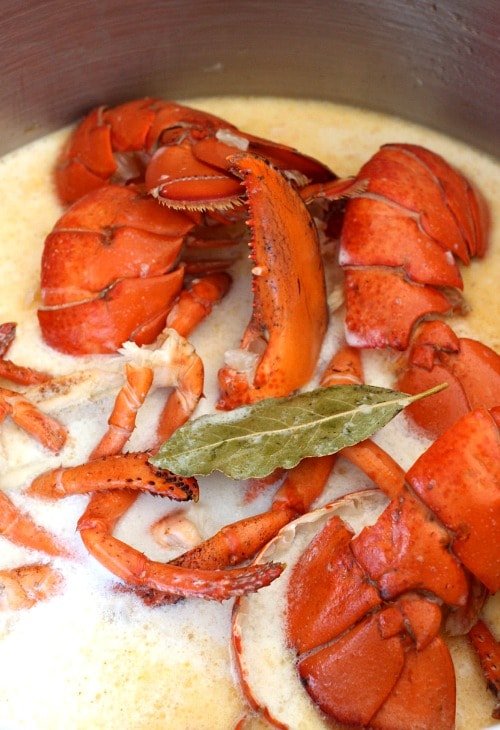 While you’re waiting for the stock to cook, get the other pot heating up over medium heat and add in more onions, celery, diced potatoes and corn.

Fresh corn is always the best if you have it but frozen that’s totally fine too. 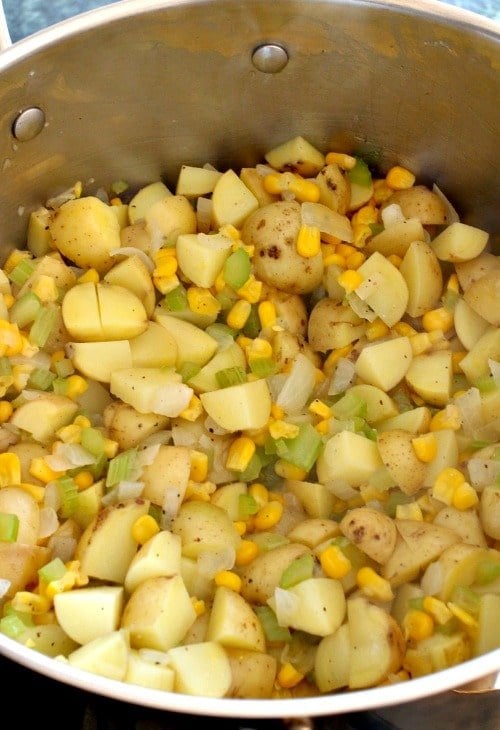 Let the chowder cook for 15-20 minutes until the potatoes soften, then add in the lobster meat that you’ve chopped into big chunks.

How good does that look? If you’re a lobster fan – you’ve got to make this lobster corn chowder. This chowder recipe is also awesome to make for company!

You can even make it ahead of time and then just heat it up when it’s time to eat. They will be happy friends, I guarantee it! 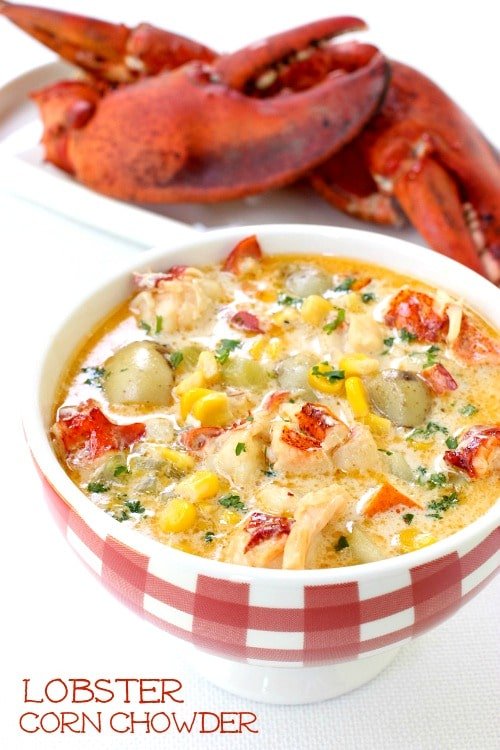 This decadent lobster chowder recipe is like tasting summer in a bowl! But you can make this chowder in the winter time, too – just use frozen corn!