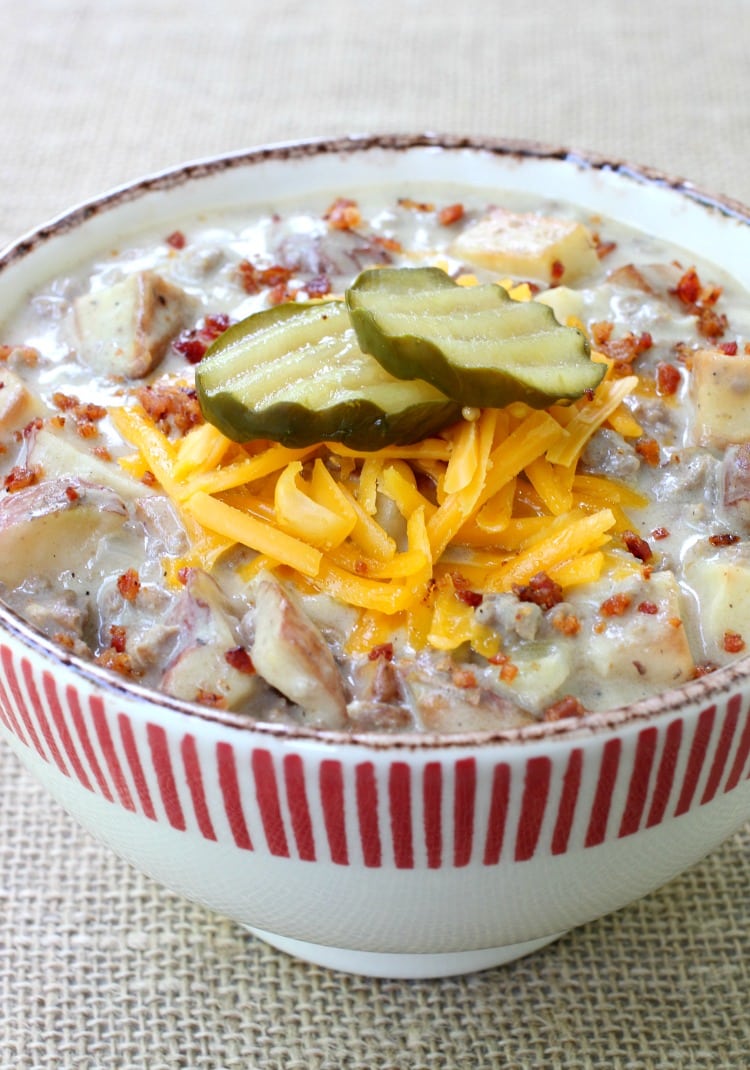 This Cheeseburger and Fries Chowder is comfort food 101! This creamy soup tastes just like bitting into the best bacon cheeseburger ever.

Love comforting chowder recipes? You HAVE to try this super delicious CACIO E PEPE CHOWDER and our all time favorite, LOBSTER CORN CHOWDER! 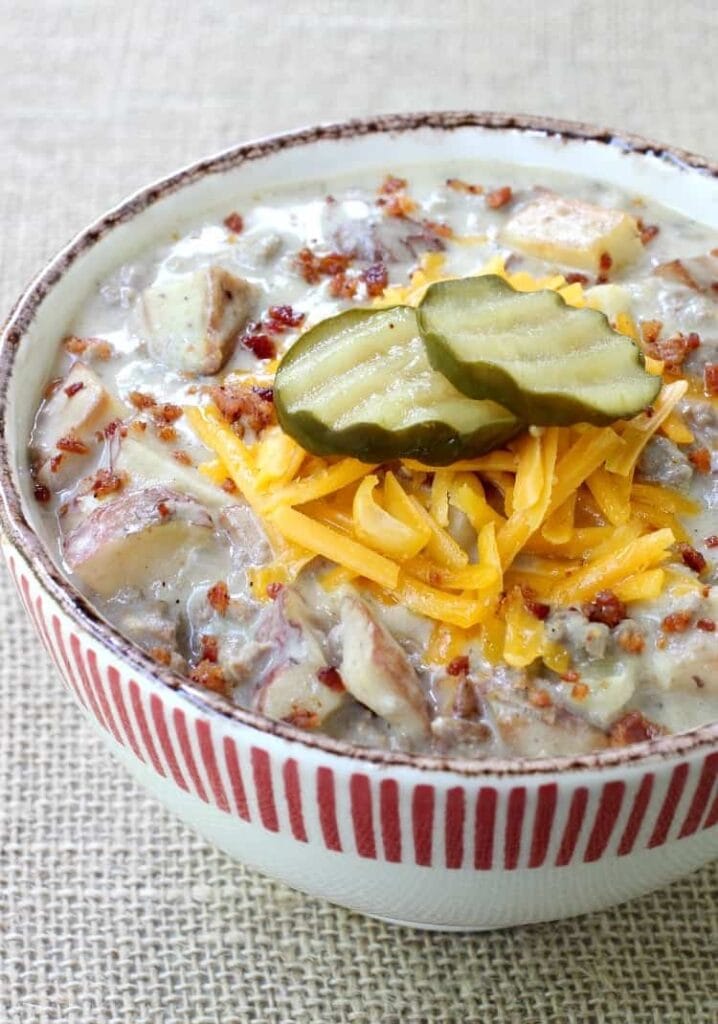 So what sets this chowder apart from all the other cheeseburger soups out there? Well, first of all it’s not a soup, it’s a chowder. Definitely a chowder and like I said, it could almost be a stew. Even if it’s Lobster Chowder – I’m not skimping on the lobster. It’s gonna be loaded up.

So the “stuff” in a soup or a chowder is really what I like. And the more there is the better.

But what also sets this Cheeseburger and Fries Chowder apart from the other recipes is the way I made the potatoes, I roasted them before I put them in the chowder, just like a oven roasted french fry.

For one the potatoes don’t get all mushy that way and for two, roasting them beforehand gives the chowder so much more flavor. And to kick the flavor up even more I coated them with Stubb’s Beef Natural Spice mix. 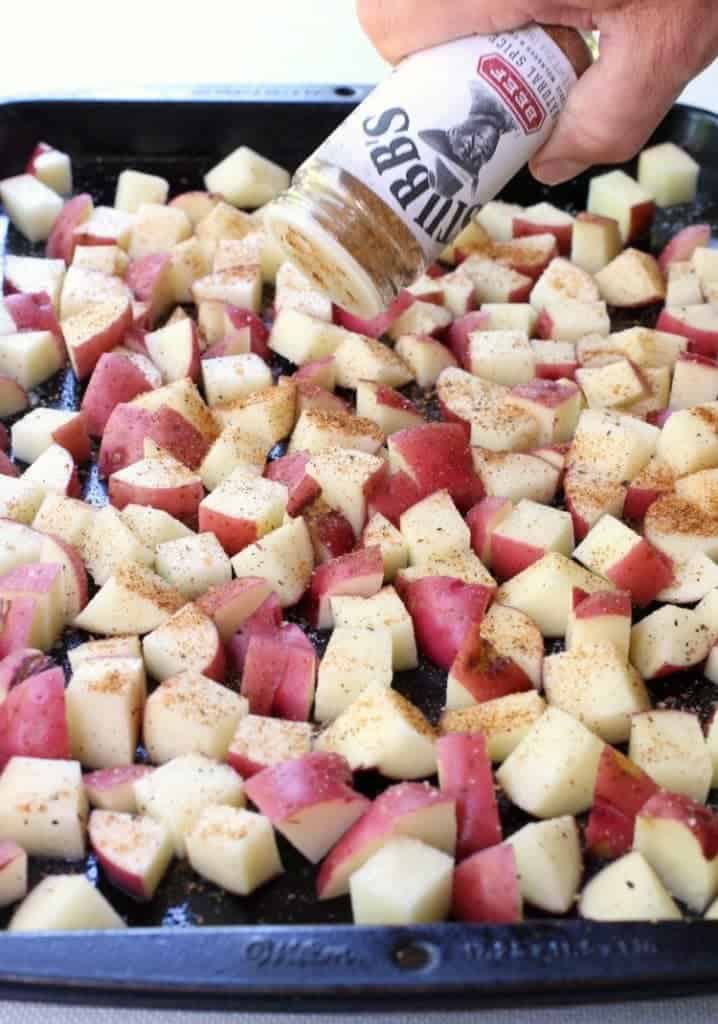 First I was only going to use the Stubb’s Beef Spice only on the beef but then I thought why not give those oven roasted fries some of that flavor too? They turned out pretty darn good – at least half of them actually made it into the chowder!

While the potatoes are in the oven you can start the chowder. Grab a big pot and brown the beef with salt and pepper and a few big shakes of the Stubb’s Beef seasoning. 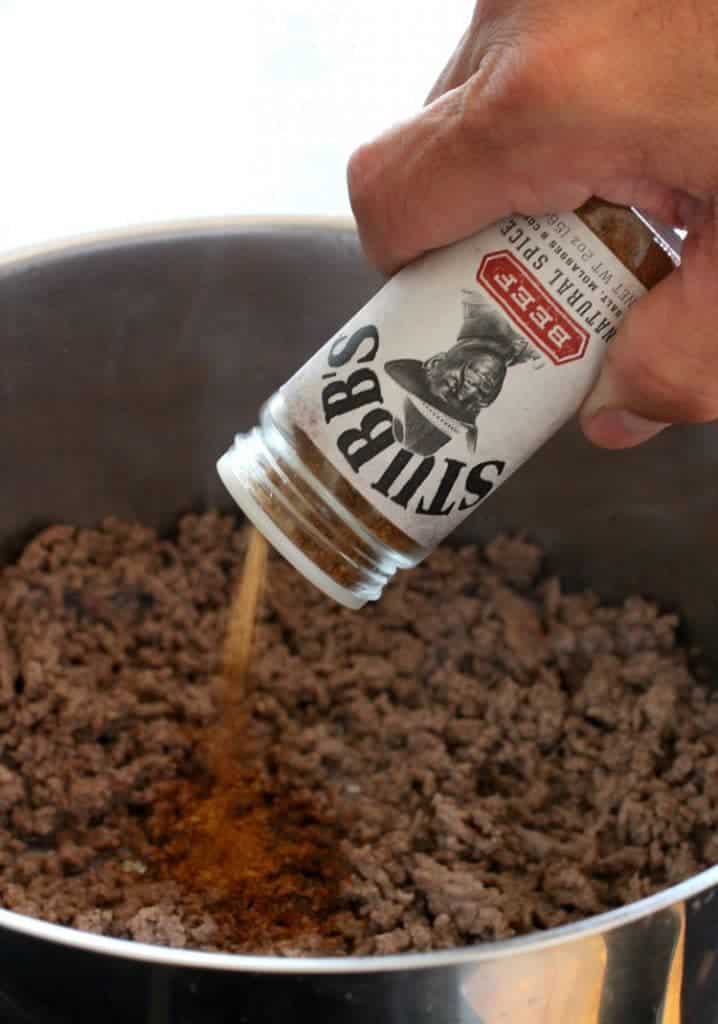 Once the beef is browned add in onions, celery and garlic and let them cook down for 10 minutes, then toss in flour to thicken the soup.

Stir the flour together with the beef and vegetables for a minute, then pour in the milk and chicken broth. Definitely stick with whole mile here – it makes a big difference in the thickness of this chowder.

What also helps flavor and thicken this up is the big ol’ scoop of cream cheese you’re going to stir in. I did this with our Beefy Tomato Soup and it turned out to be one of my favorite soups ever.

Now it’s time to add those “fries” to the chowder. Like I said, this chowder is packed with beef and potatoes so if you like your chowder to have more broth just cut back on the amount of potatoes. But for me – this is perfect. 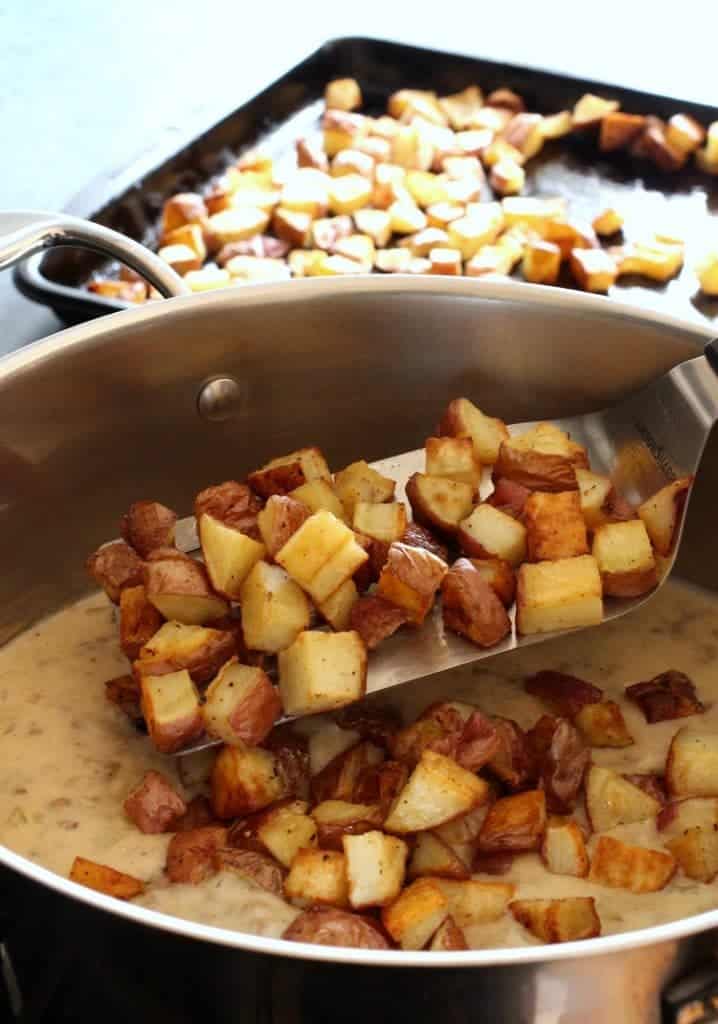 You can stop there, or you can do like we did and add crumbled bacon and cheese on top. The cheese really isn’t optional I guess since this is “cheeseburger” and fries chowder…and the rest of the toppings? Well, I guess it depends on how you like your burger! 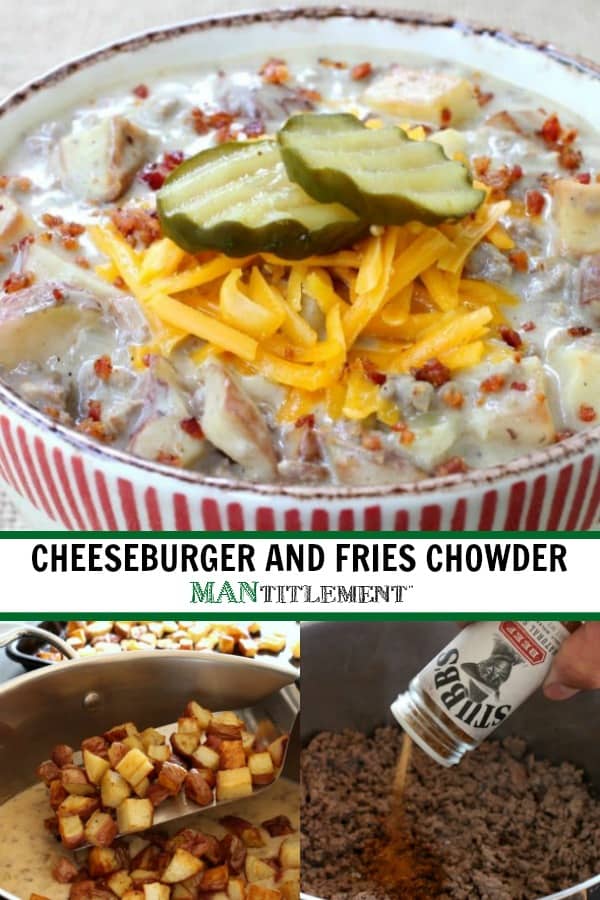 One bite of this chowder and it’ll become a family favorite!