These Mashed Potatoes with Bacon Salt have just the right amount of salt to bacon ratio! Creamy, smooth mashed potatoes with no butter needed! 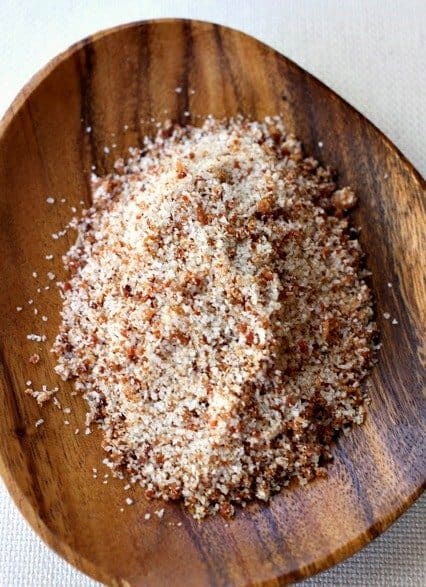 What Is Bacon Salt?

Bacon salt is just what it sounds like – salt flavored with bacon. So you could put it on anything that you’d normally add salt to …that would also taste good with bacon.

Add it into your scrambled eggs. Rub some on a piece of chicken or steak and then throw it on the grill. Sprinkle some onto some otherwise boring steamed vegetables like broccoli or asparagus?

I could go on, but you get the idea.

What I do know is that bacon salt is the best way ever to season up mashed potatoes. Making the bacon salt is easy, just add cooked bacon to a food processor and grind into small pieces. Then mix the bacon together with kosher salt and you have bacon salt.

How To Make The Best Mashed Potatoes?

We have actually perfected mashed potatoes with lots and lots of trying and a couple of tricks!

One trick to making the best mashed potatoes actually isn’t a trick but a tool. It’s called a potato ricer and if you don’t have one, you definitely need to get one! Instead of mashing the potatoes with a potato masher you pass the cooked potatoes through a ricer, which has small holes that the potatoes go through.

Then you just need to add your seasonings and stir. The riced potatoes are so smooth and fluffy that there’s no mashing, really involved which can create gluten and make your mashed potatoes gummy. 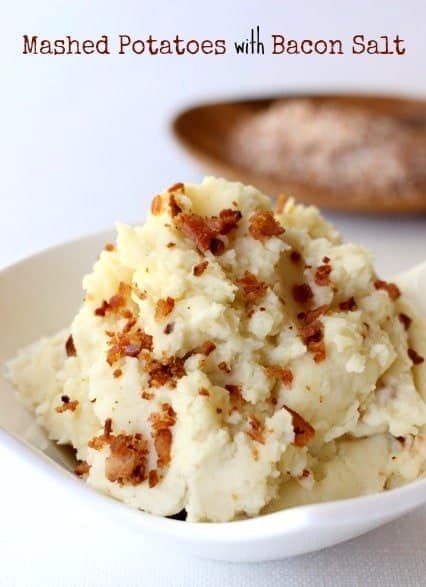 So for this simple Mashed Potatoes with Bacon Salt recipe, you can follow that method for our perfectly smooth mashed potatoes and just add the bacon salt! Of course, you can add butter if you want to, following those instructions. But try them without adding butter and stir in this bacon salt instead!

Bacon salt is the new condiment you need in your kitchen! These mashed potatoes are so crazy delicious, even without butter!

For The Bacon Salt: