Break out these Irish Whiskey Cheesecake Shots on St. Patrick’s Day for a no bake dessert with a kick! These dessert shots taste just as good as they look! 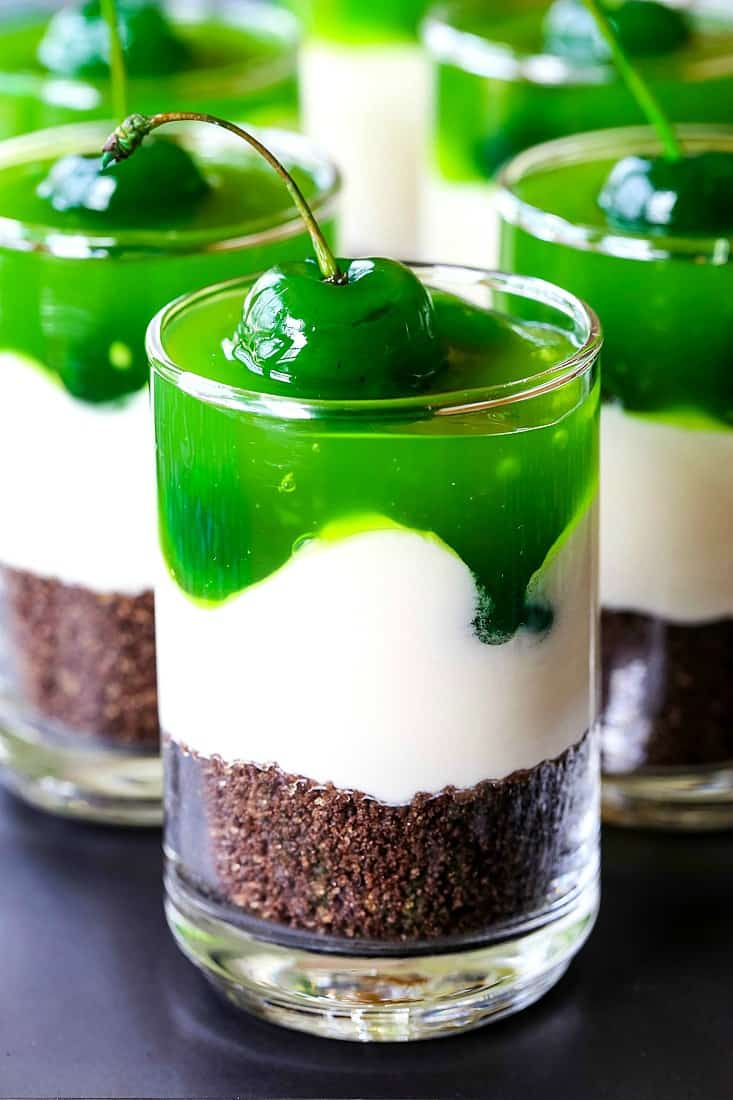 I mean, we even put a little splash of the good stuff in our apple crisp recipe. You’ve gotta have fun when you’re cooking, you guys. Sip a little as you’re working…it’s all good.

These Irish Whiskey Cheesecake Shots are so easy to make, your friends won’t believe it when you walk out with a whole tray of these babies. Don’t worry, you can totally make them ahead of time and keep them in the fridge, this isn’t one of those last minute dessert recipes!

But these are a super boozy dessert recipe, so read on because you’re going to want to make these for all of your parties! 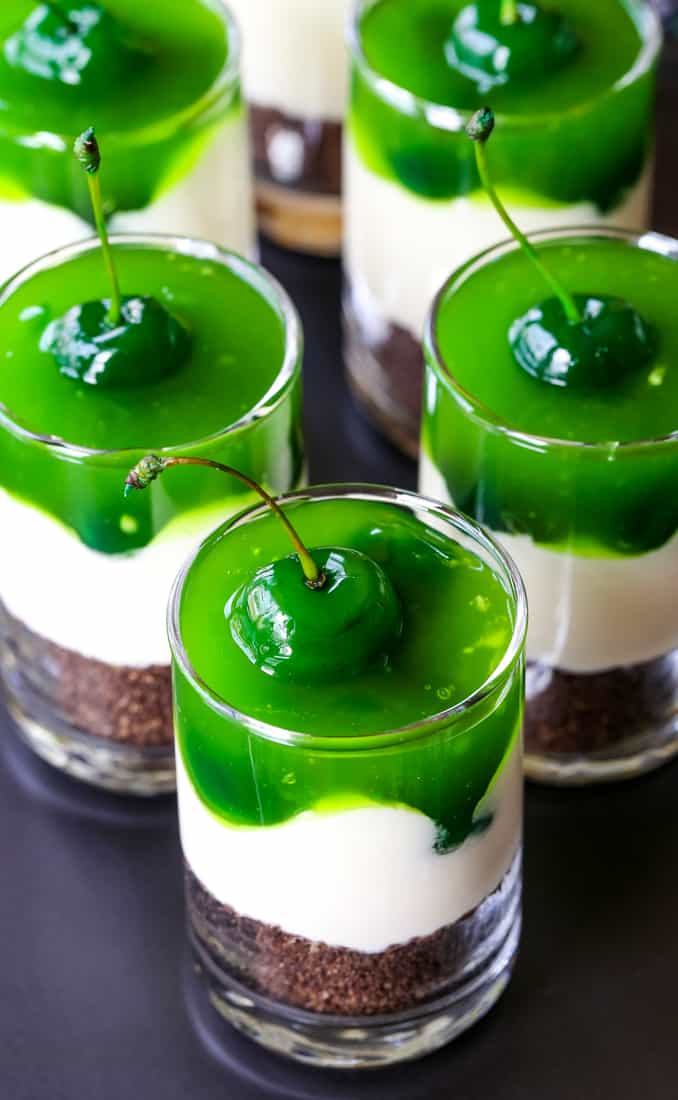 A No Bake Cheesecake Recipe!

You guys aren’t going to believe how easy this is!

Just add cream cheese, sugar, lemon juice, vanilla and cream to a bowl. Beat it up and chill. You can use no bake cheesecake in so many dessert recipes too. Or simple spread it out in a store bought graham cracker crust and dessert is done!

Maybe just sit there with a graham cracker and use it as a dip. Not saying we did that…but maybe we did.

As far as the boozy part goes…you’ve got whiskey going on in two out of three layers in these cheesecake shots. First, the no bake cheesecake filling has some whiskey and so does the green cherry topping layer. 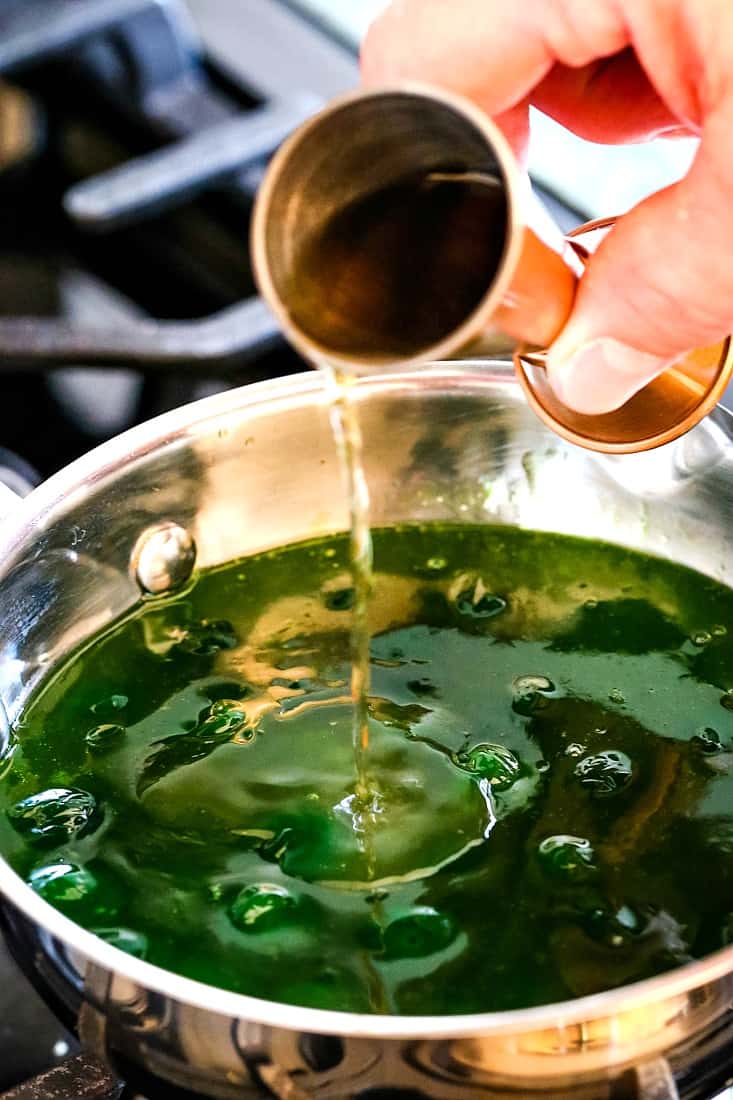 I’ve included a link at the bottom of the post for you, just in case your store doesn’t sell green maraschino cherries. Most of them do though, mine has them right in the drink aisle at the end with all the non-alcoholic stuff.

Because we live in New Jersey and our grocery stores don’t sell alcohol – one of the many stupid things about living in this state! Separate trips…all the time. 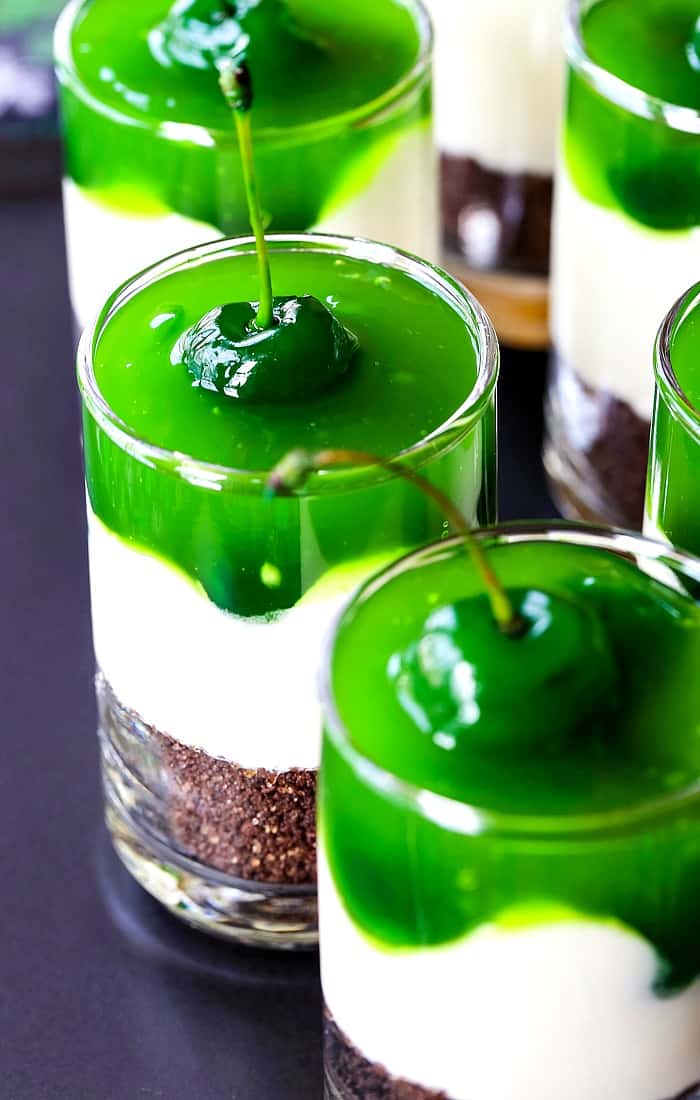 Now if you’re celebrating a birthday, or any other holiday you can swap out the liquor for different colors in these Irish Whiskey Cheesecake Shots, too! Try using pomegranate liquor for a red color, then the creme de menthe for green and you’ll have a Christmas Shot.

There’s blue curacao and many, many different colors of flavored vodka so let your imagination go here – you can make one of these dessert shots for almost any occasion! Back in the beginning of our recipe creation here, we made these Fireball Whiskey Cheesecake Shots that went viral days after we posted them!

Those will work for Valentine’s Day for sure, or really any time you need an easy dessert recipe with a cinnamon kick! 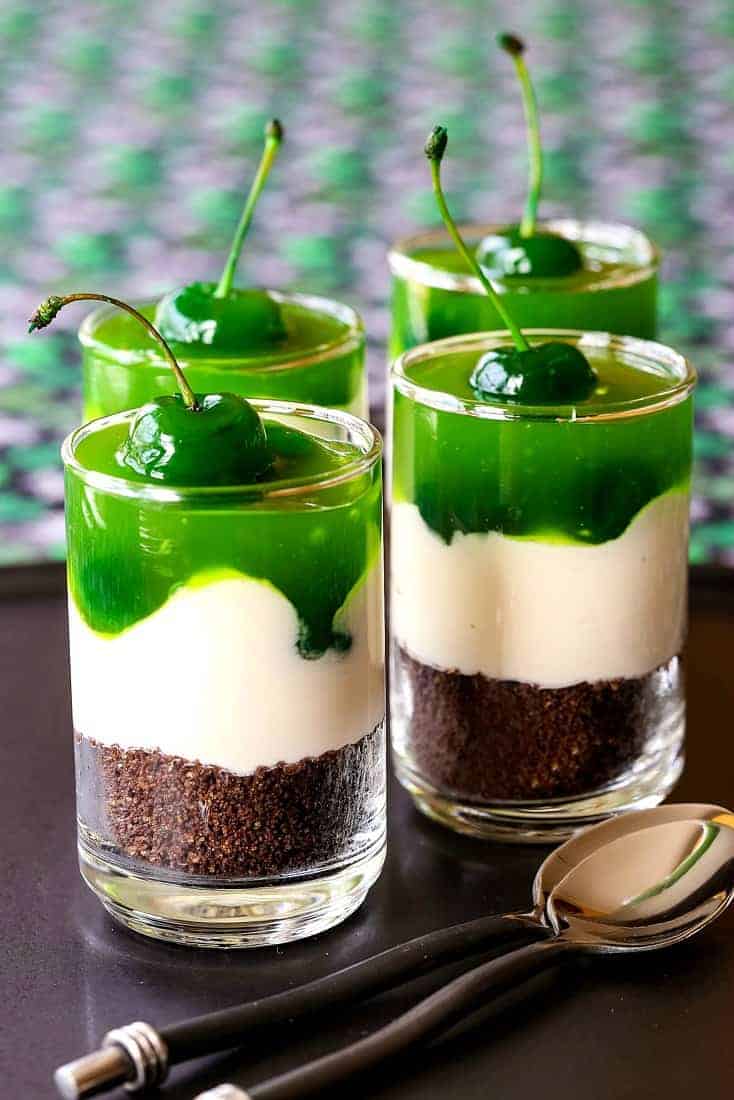 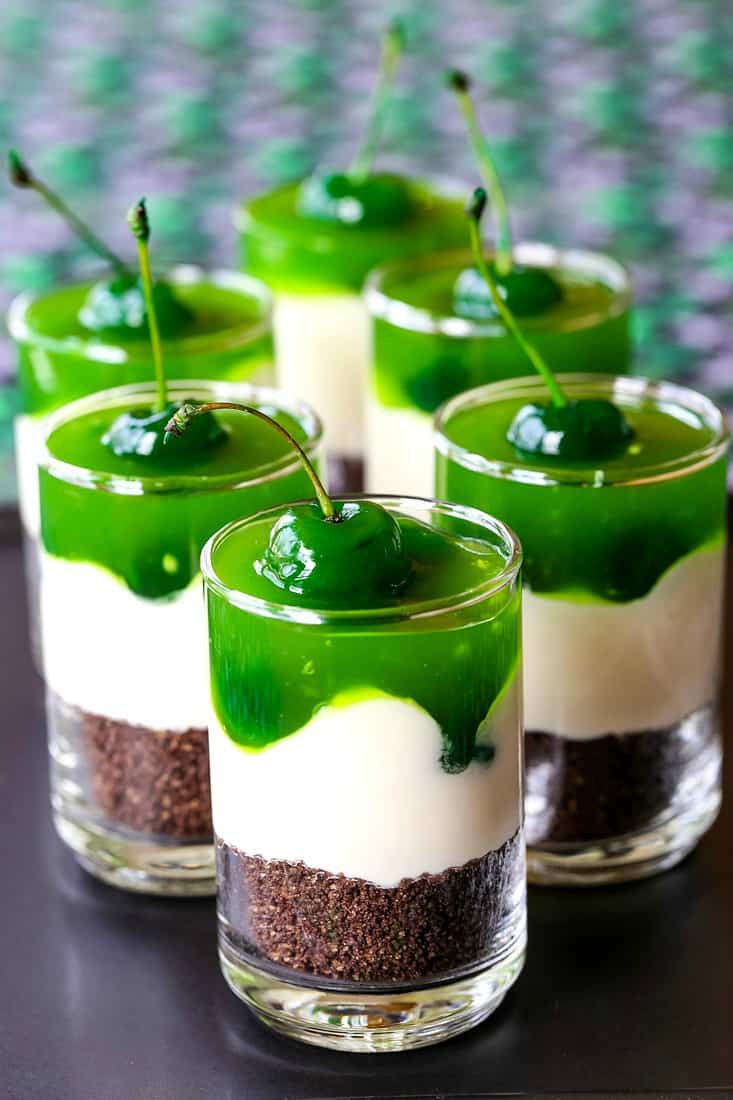 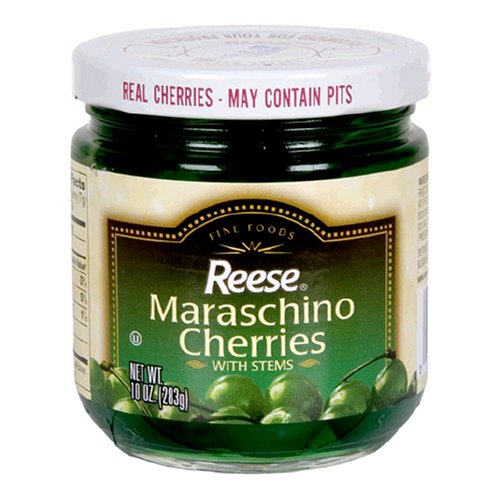 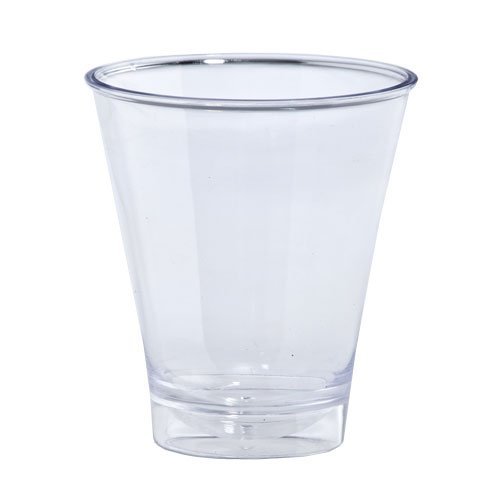 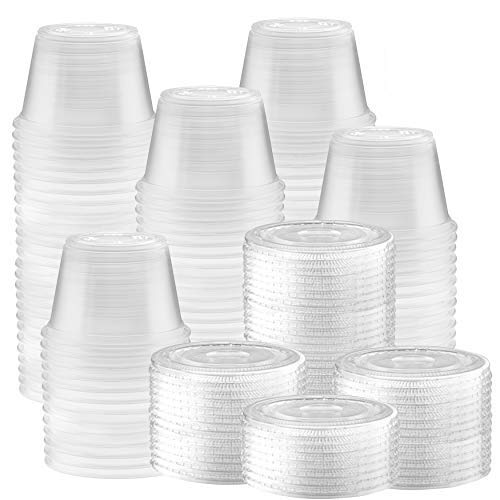 These festive and tasty dessert shots are going to be the hit of your St. Patrick’s Day party!

You can easily cut this recipe in half if you don’t need as many shots. We made these cheesecake shots in 4 ounce glasses, so if you have smaller ones you’ll end up with more shots.