These Eggplant Parmesan Toasts are a hearty, fried eggplant appetizer that can be served as appetizers or even a light meal! 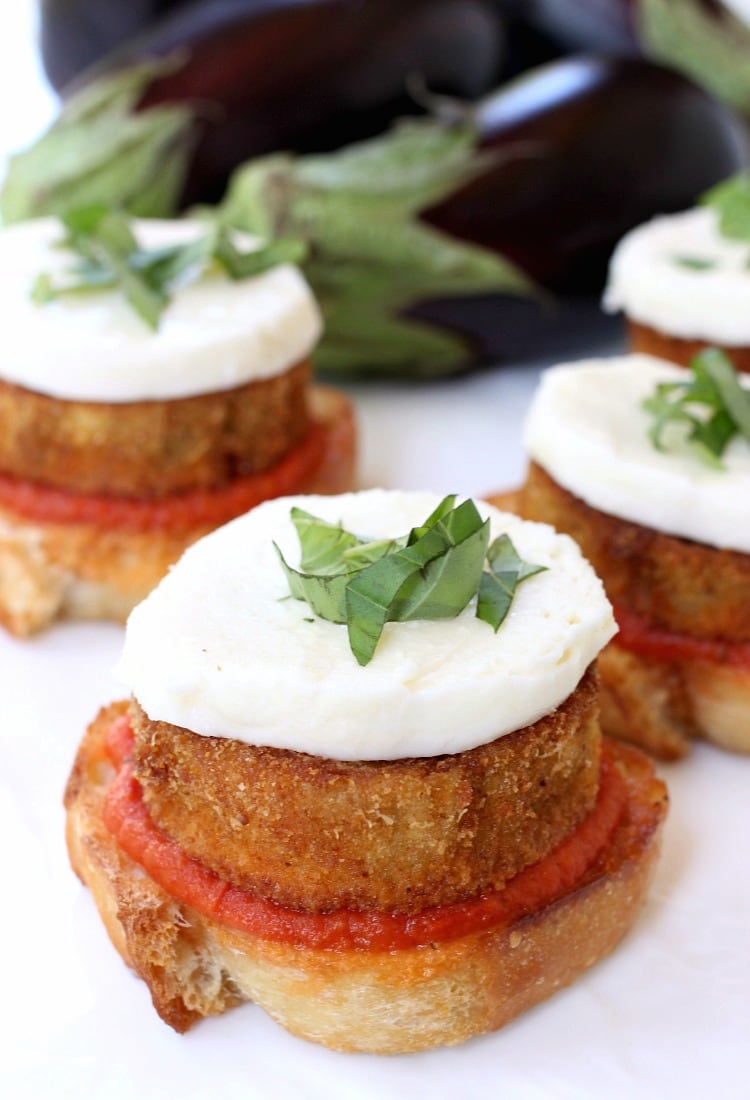 I love anything made parmesan style…Chicken parm, eggplant parm, meatball parm…It’s all good.

And when you make that into a bite sized appetizer that I can eat while hanging out with friends or watching the game – even better. But my boys, they don’t like the cheese. I don’t even know where they come from since Christie and I are in agreement that the cheese is the best part.

SO a lot of the time when we make eggplant parm or chicken parm we leave some of the thinly breaded, crispy pieces aside for them, just to eat as is or to dip in marinara sauce…which makes this the perfect appetizer.

You can deconstruct it, leave off the cheese, add a lot of sauce or just a little. However you like to eat it. Deconstructed turned out to be a hit with our kids, their favorite part was the toasted bread pieces – they ate it like crazy. Kids are so weird. Like the next time I need a snack for my boys I’m going to throw some olive oil on bread and toast it in the oven…and maybe some sauce on the side for dipping. 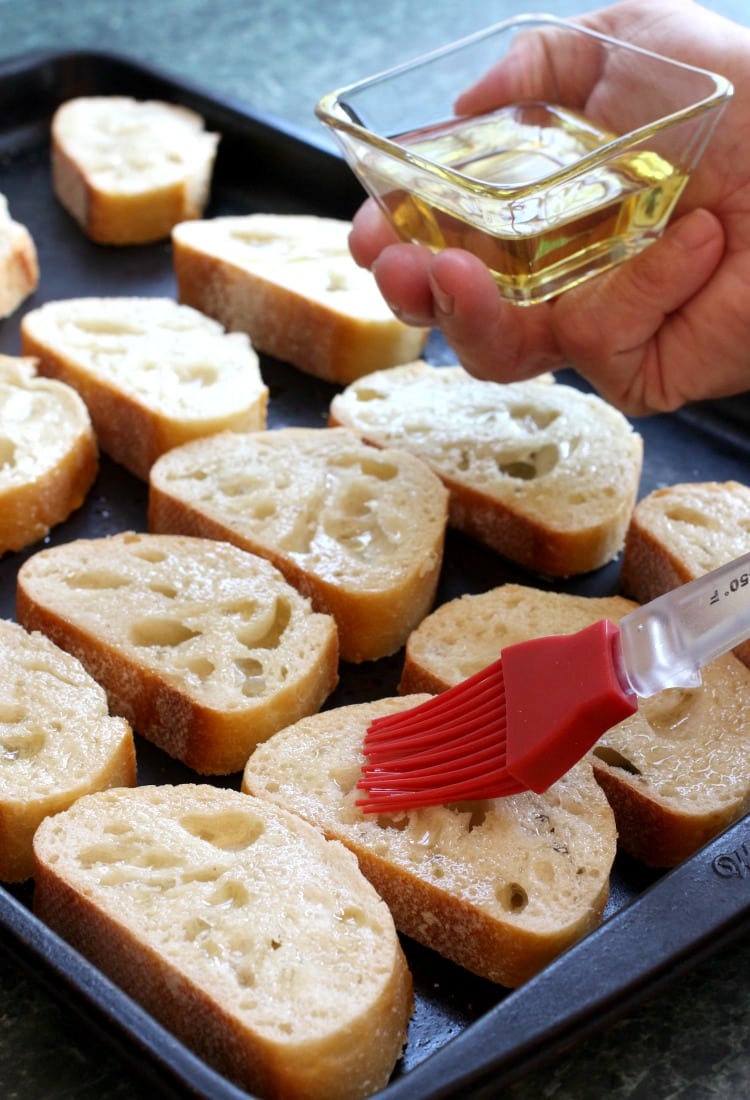 But we vote for eating it just as it’s shown. Lots of sauce, big thick slice of fresh mozzarella and of course the crispy fried eggplant.

The you bread them and fry them up like this. 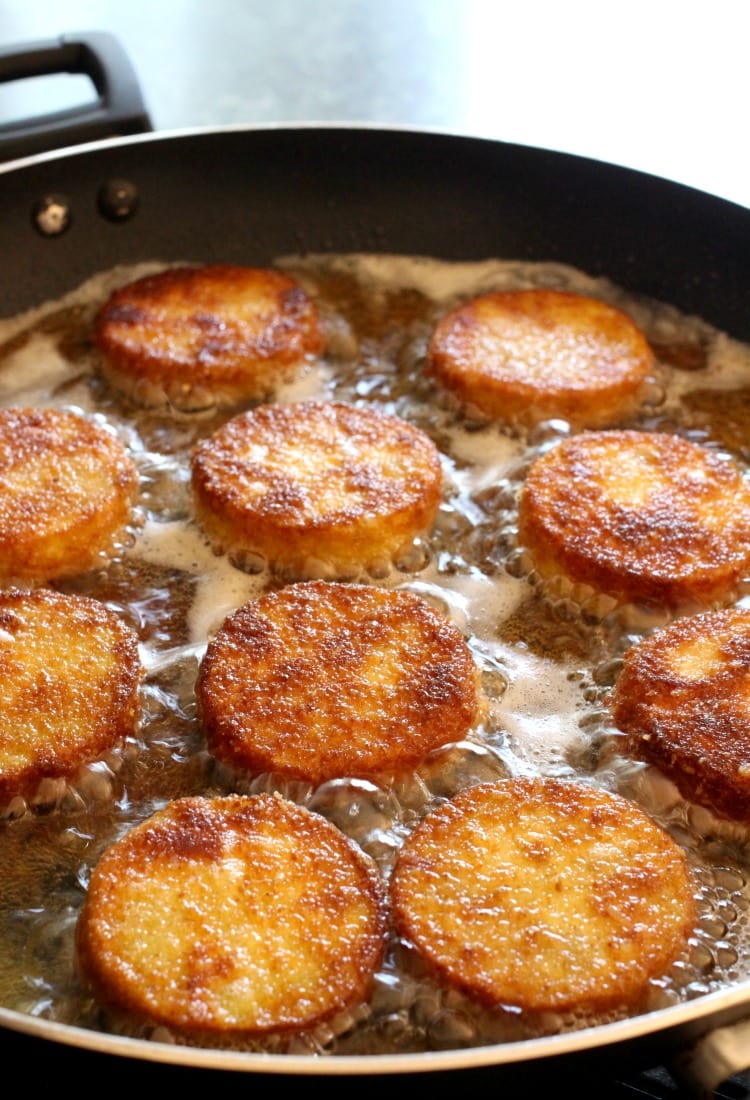 I also used our Homemade Marinara Sauce here, I think it totally makes the recipe…but you can substitute your own sauce or a good jarred sauce if you want to – it’s fried eggplant and cheese – it’s gonna be good either way. 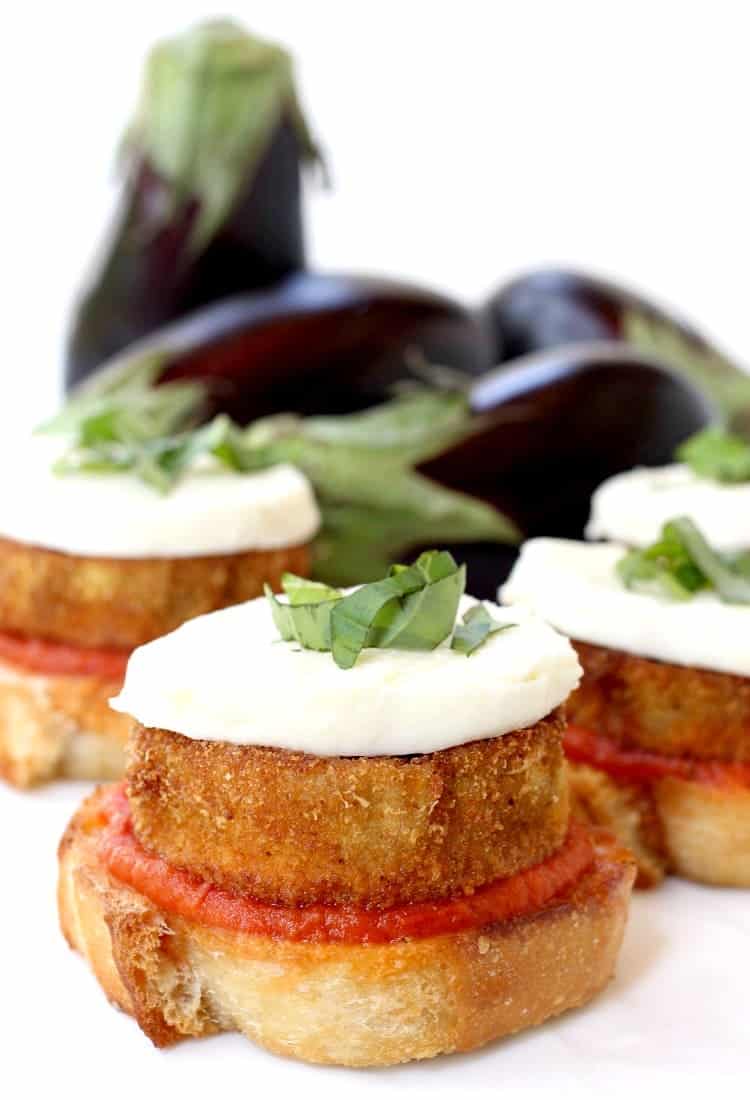 As far as putting these appetizers together, you do want to do that as close to eating them as you can since the sauce will make the toasts soggy the longer they sit. But you can make the toasts, fry the eggplant and slice the cheese ahead of time so the actual assembly won’t take long at all.

And don’t worry about them sitting around once you put them out – they’ll be gone in a flash.

These tasty fried eggplant appetizers are fun for parties, but also hearty enough to serve as a light meal!