This Whisky Apple Pie Float is the ultimate dessert cocktail! Just like a root beer float, except we’re using apple cider and whisky! 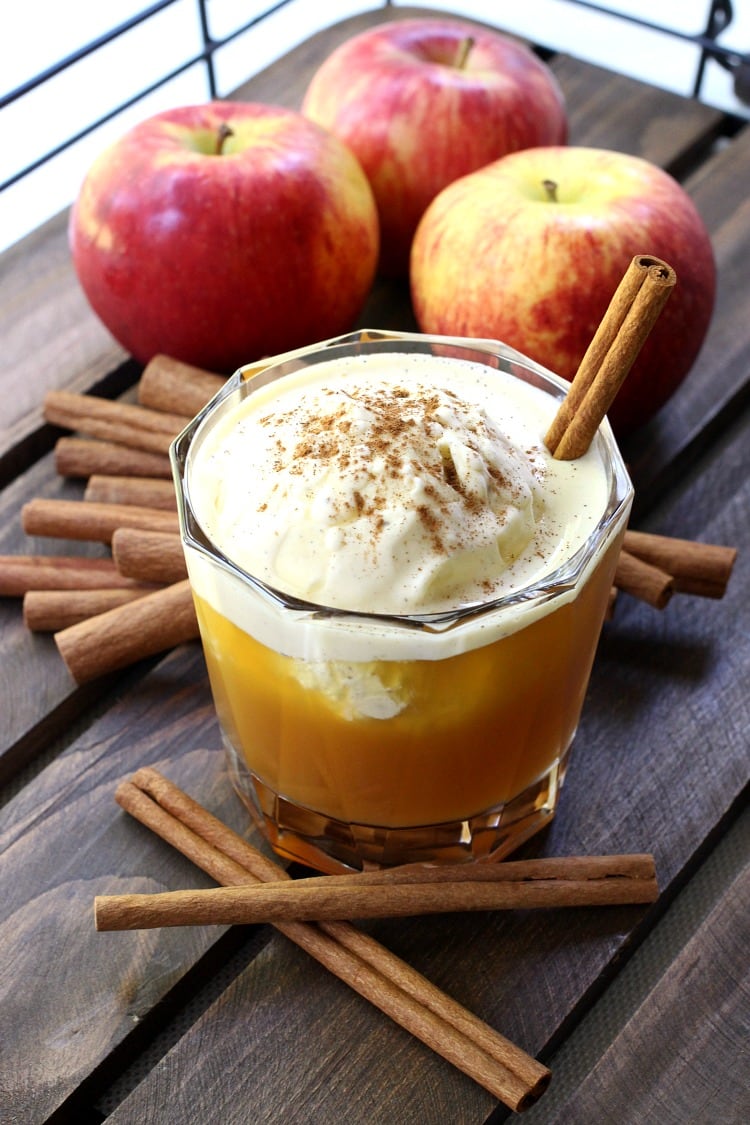 Whisky has become one of my favorite things to drink, sipping on neat, over ice or mixed in cocktail recipes…and for dessert! Especially when we’re talking about this Whisky Apple Pie Float!

And it turns out to be my favorite drinkable dessert too. Just add ice cream and cider and you’ve got yourself a boozy, dessert cocktail! I definitely seem to be on a dessert cocktail kick these days, I like making drinks like that for the people who think that they don’t like whatever liquor I’m putting in there. 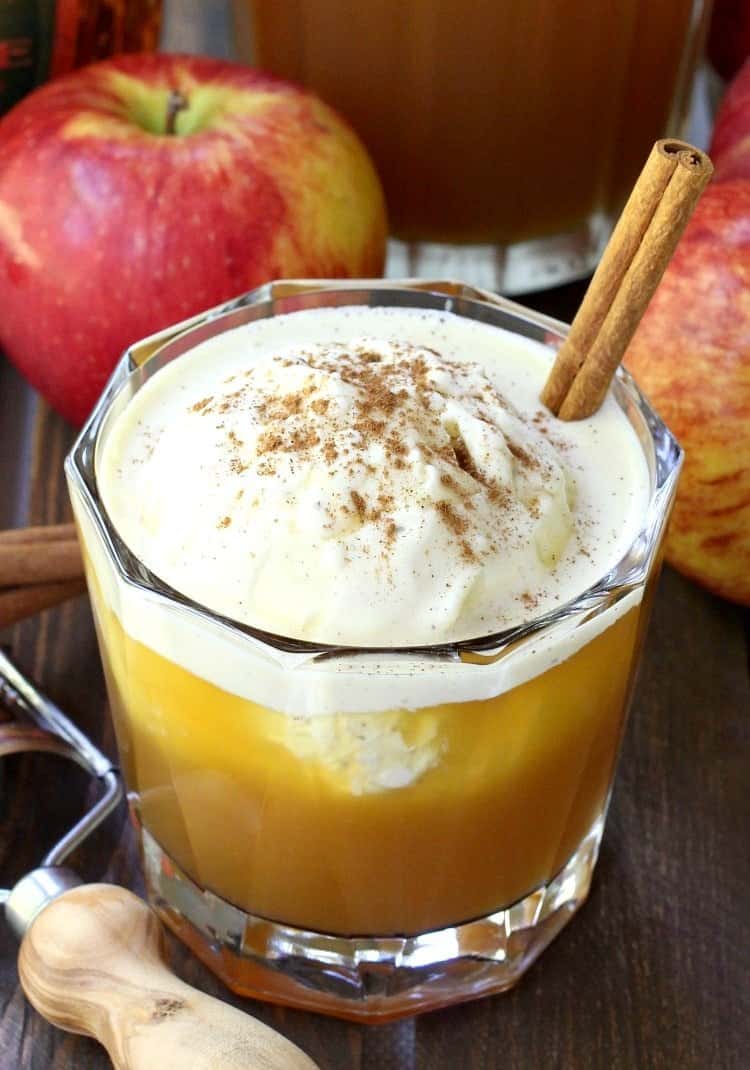 Cider cocktails seems to be a Fall thing for a lot of people, but we buy it all year round. My kids actually don’t like apple juice as much as they like cider so we buy it whenever we see it.

This apple cider float tastes just like an apple pie dessert but in a liquid, boozy form. Come on now, what could be better for dessert? Maybe an apple pie too but you can serve that on the side.

The base of this whiskey cocktail is just Crown Apple Whisky, vanilla vodka and cinnamon. Then it gets topped of with a huge scoop of ice cream. I mean a huge scoop… 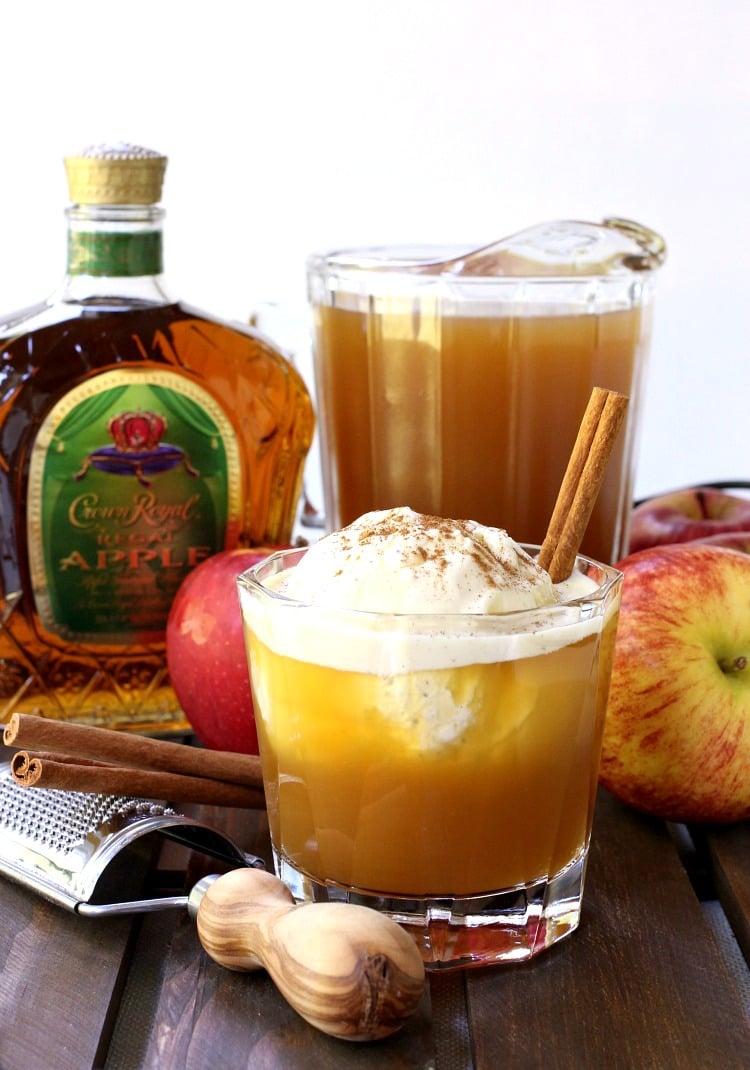 Sounds good? Yep. Sounds good to me. Make a Whisky Apple Pie Float for a dessert cocktail at your next party!

This creamy, delicious spiked ice cream float is so much fun to serve at parties instead of dessert!