These Whiskey Bacon Brownies have a sweet, nutty topping that makes them irresistible! Make this brownie recipe for any party, holiday or special occasion! 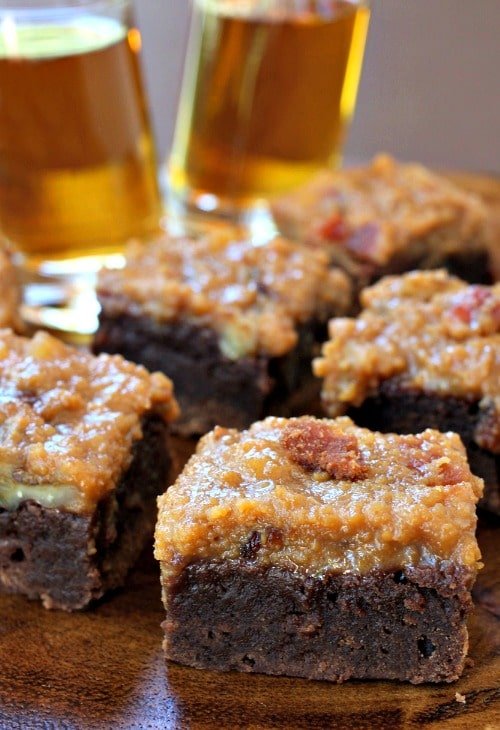 Whiskey In A Brownie Recipe?

That pretty much says it all, right? I’ve combined three of my favorite things into one bite-sized dessert.

So this is how my Father’s Day dinner is going to go – this steak with onion sauce, these roasted mustard potatoes and finally these Whiskey Bacon Brownies. And yes, I’m actually helping cook my Father’s Day meal this year. Now that I finally know how I’ve got to step up to the plate.

Like I’ve said many times before I’m not a dessert maker. Not a baker, not even really good at throwing cookies in the oven. That’s why for desserts I go to the experts. For this brownie recipe I went to the Cookies and Cups website and used one of her awesome brownie recipes that I knew would work good with my whiskey bacon topping.

And I was totally right.

How To Make Whiskey Bacon Brownies

I followed the recipe for the brownies exactly (sort of) but then added a couple of extras at the end. One large pour of whiskey was first… 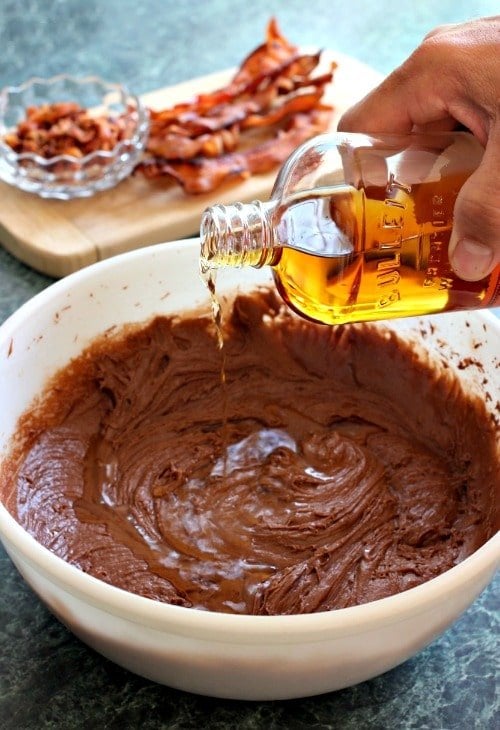 Next was a whole bunch of crumbled bacon… 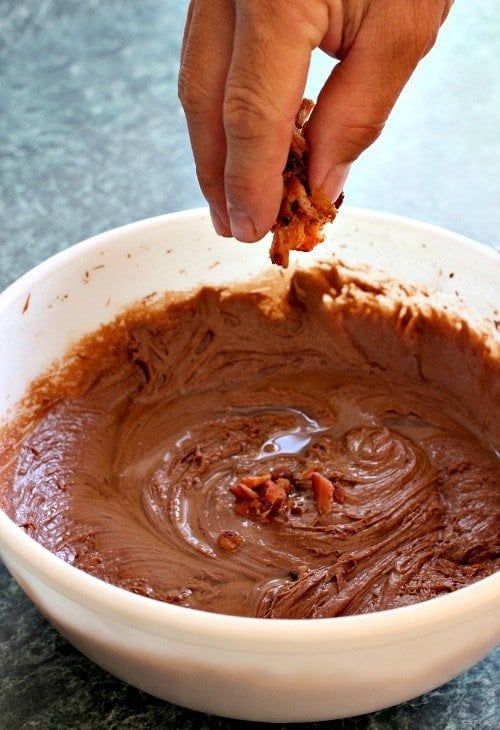 Stir that all together and then bake for 20 minutes. JUST until the center is set – I am told – so that they don’t dry out.

While the brownies are baking you can get the topping put together. This is pretty much a german chocolate cake topping…minus the coconut…plus whiskey and bacon.

Let the brownies cool all the way and then spread the topping all over the top in an even layer. Cut into squares and serve.

These delicious, sweet and boozy brownies are sure to be a hit at any party or holiday!

Don’t forget to serve these brownies with a big glass of whiskey for Dad…he’s earned it!