If you’ve haven’t tried marinating your bacon in booze – now is the time – This Pineapple Rum Bacon is the bast candied bacon you’ll ever try! 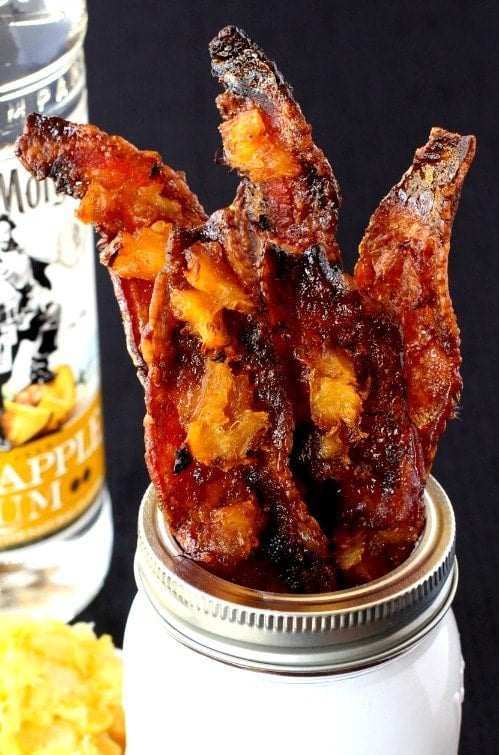 I really like candied bacon. I’ve made it here on top of cornbread and here in deviled eggs…so today I’m going to talk about all the ways you need to have this bacon in your world. One look at this stuff and you know it’s going to taste awesome. Just by itself, you can down a few slices. No need for anything else.

But it makes anything you add it to taste so much better. For instance, that turkey sandwich your eating for lunch? Throw on some rum soaked bacon.

Or if you have grilled chicken left over from last night’s dinner? Slice it up in a salad for lunch with some of this bacon. Anywhere you’d normally throw on a regular piece of bacon, just swap out this Pineapple Rum Bacon for it instead.

Grab a pound of your favorite bacon and get it soaking in some rum. I used Captain Morgan Pineapple Rum for this recipe to kick up the pineapple flavor a little more.

How To Make Pineapple Rum Bacon

After a 30 minute soak, dry of the bacon as best as you can and lay it out on a wire rack over a baking sheet. 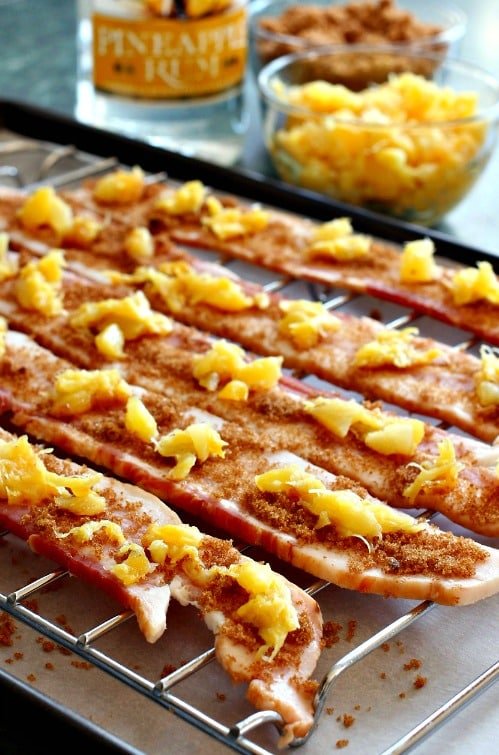 The bacon will crisp up after it sits and cools. If you want it to crisp up even more just put it back in the oven for another 5 minutes. I’m a crispy bacon fan, although I know some people are on the fence about this, so make it as crispy as you like.

Eat it straight from the oven or use it to make whatever you’re eating taste better…or even a garnish for a cocktail like a Bloody Mary? Endless possibilities. Delicious bacon. 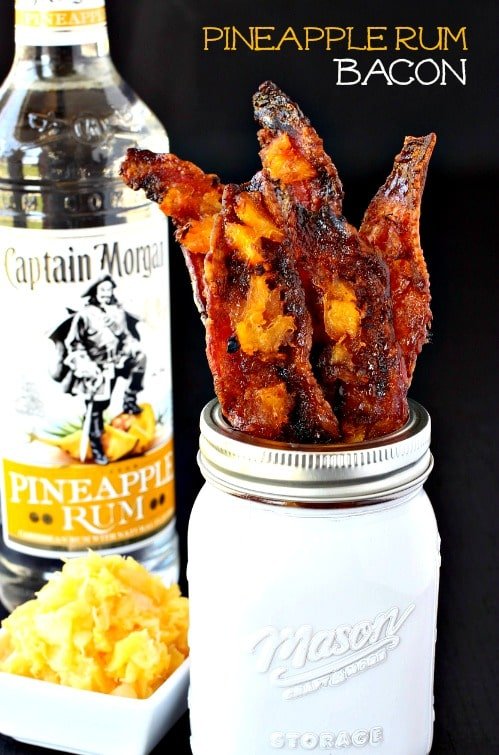 This addicting sweet and boozy bacon is sure to be a hit at parties!