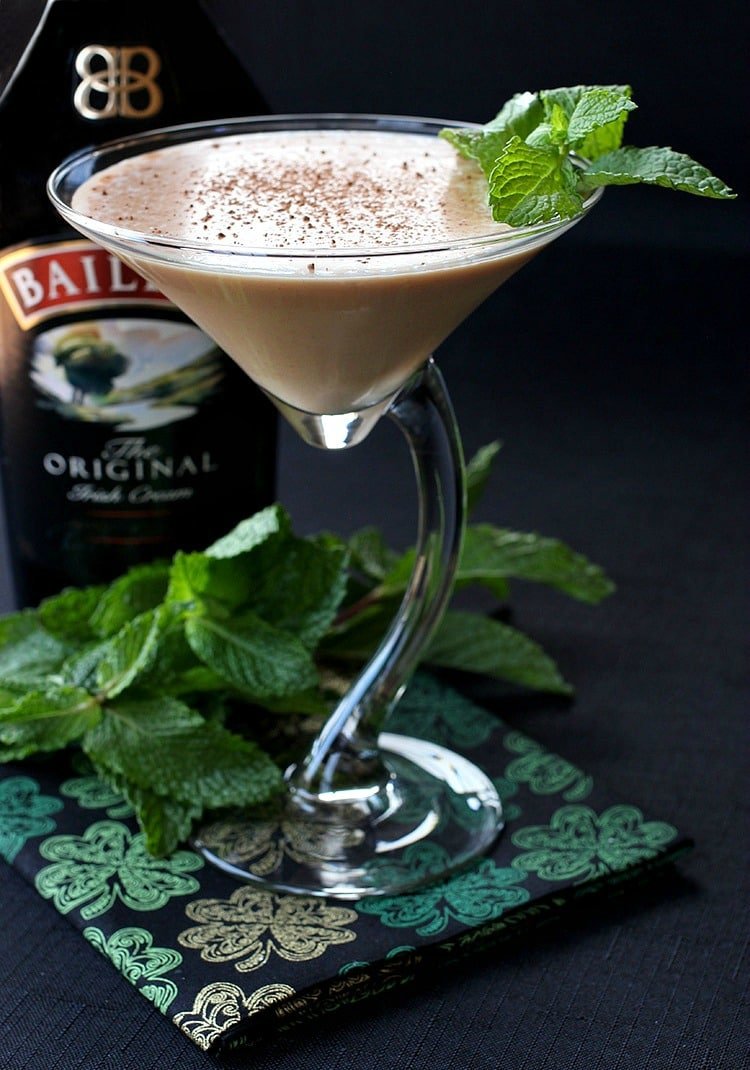 This Baileys Martini recipe is perfect for your St. Patrick’s Day party – or any party! You can serve this chocolate martini for happy hour or dessert!

We love sweet martini recipes like this one! Also check out our S’mores Martini or this fun Candy Corn Martini recipe! 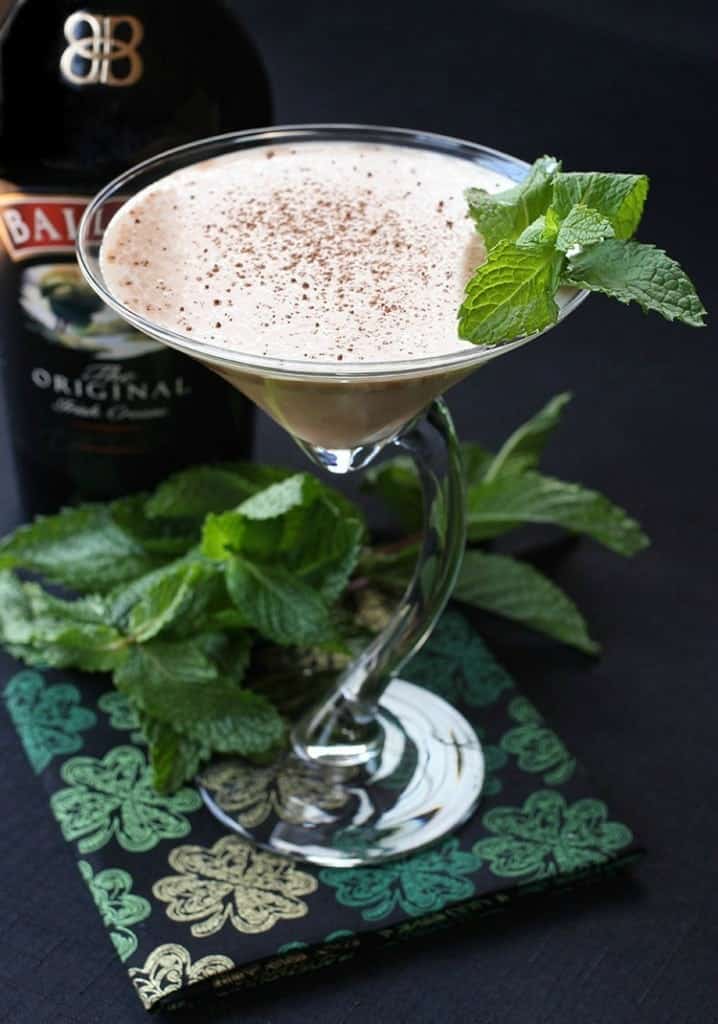 What Is Baileys Irish Cream?

I think most people know what Baileys Irish Cream is by now, it’s been around forever (since 1974 actually) and it’s so popular on it’s own or in martini recipes like this one.

Baileys is an Irish whiskey and cream based liquor, produced by a company called Diageo in Dublin, Ireland. Although there are other Irish Cream brands on the market now, Baileys is the original.

What I would do if I were making these Baileys Martinis up for a party is double up the recipe (or triple or quadruple…depending on how many you need) and keep them in the fridge until party time. It’s not a drink that has to be shaken at the last minute but the more chilled it is the better. 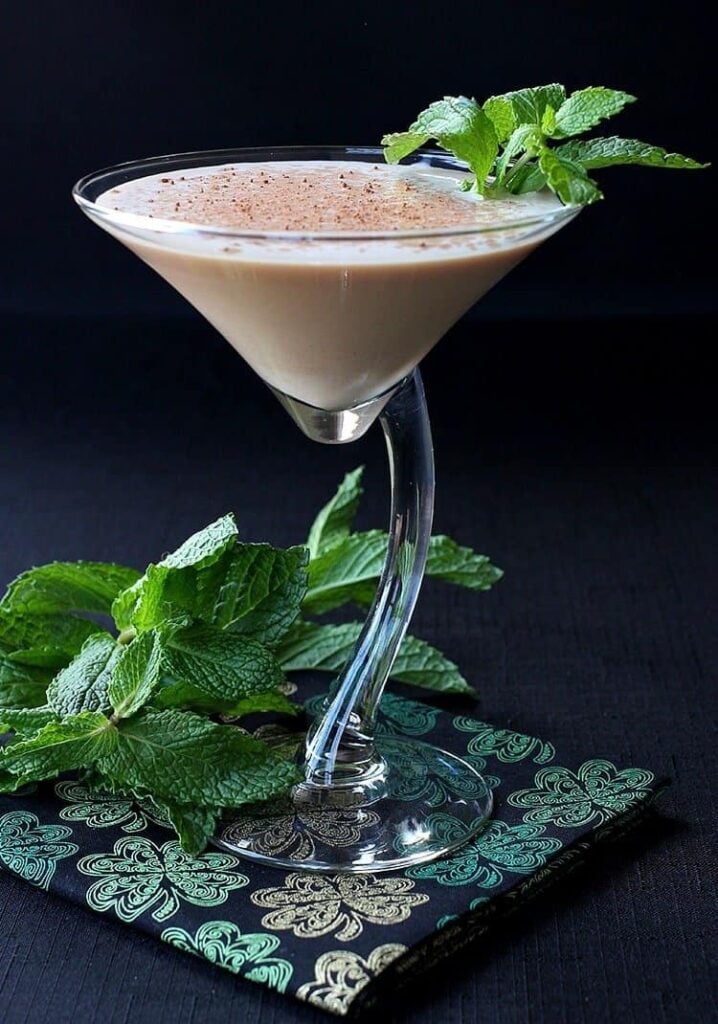 So I know all of you have that bottle of Baileys in the back of your refrigerator from who knows when you were making these martinis…I know we usually have one or two back there.

But God knows when I opened it or used it last.

Here’s another awesome thing about Baileys Irish Cream. Opened or unopened, they guarantee the flavor and freshness for 2 years! Two years people…that’s enough time to make a bunch of these Baileys Martinis.

So here’s what I do now, when I open that bottle I write the date on it. Not that bottles of booze ever last that long in our fridge but just in case one gets forgotten back there, it’s a shame to waste it if you don’t have to! 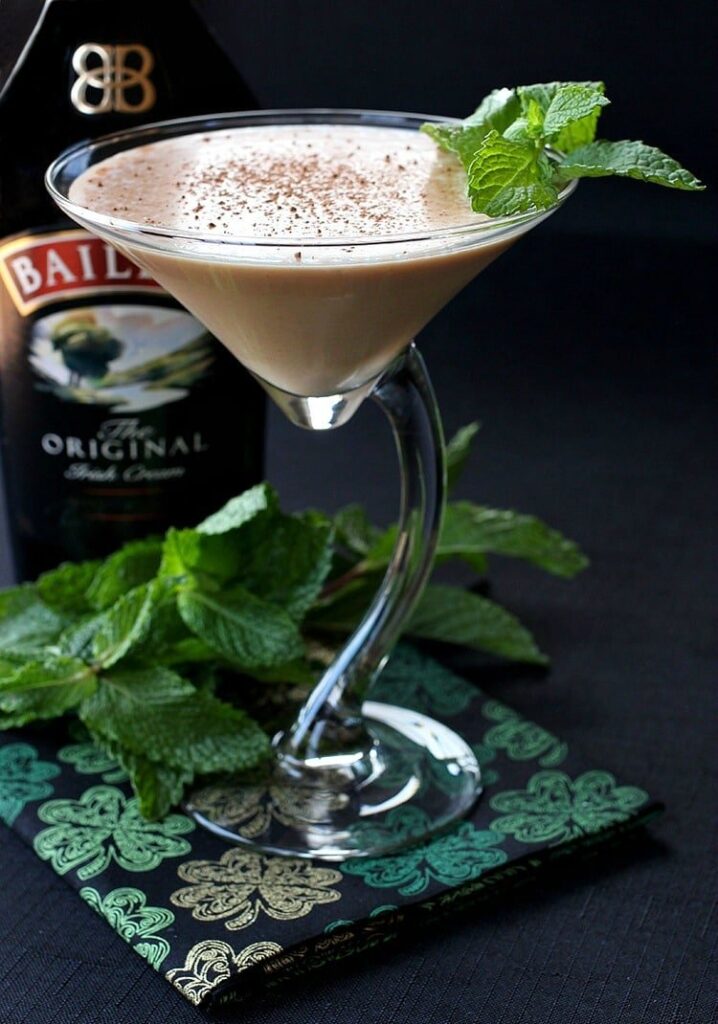 Maybe you’re not a sweet martini person? Try this martini recipe as a dessert instead of something you’d drink during happy hour. If you like chocolate and whiskey, this is the martini recipe for you.

Shake up a Dirty Martini for happy hour and save this Baileys martini for dessert. A martini for every part of the day! 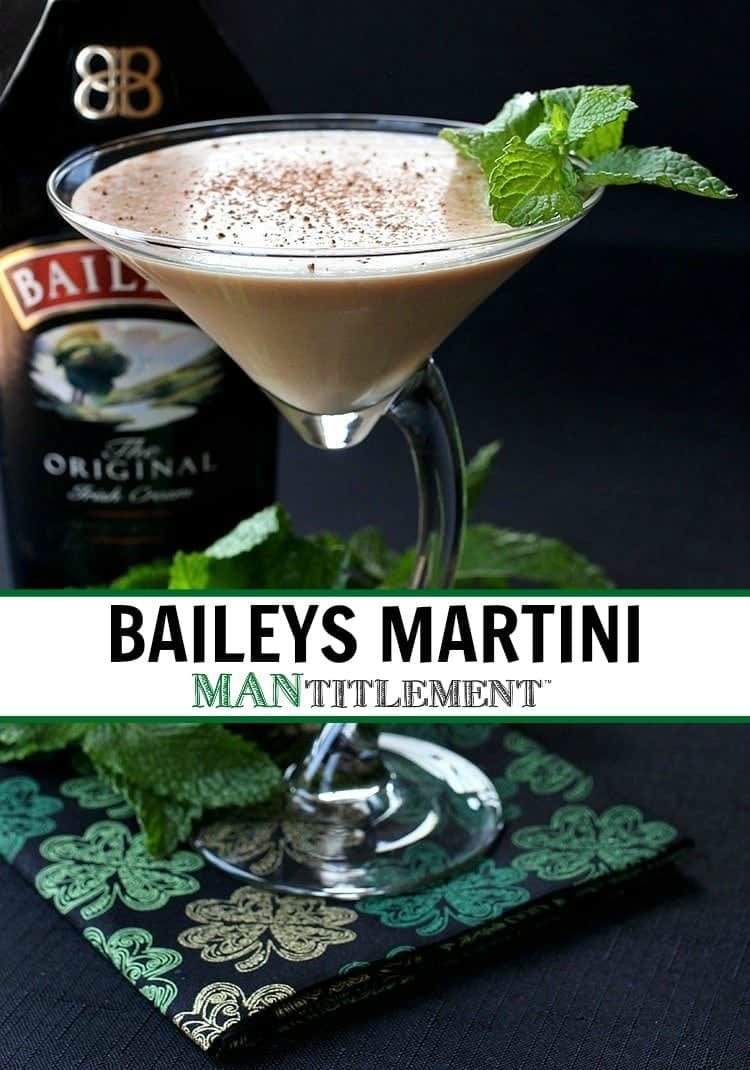 This martini recipe works for happy hour or dessert!