Low-carb, no-carb, whatever. I wasn’t thinking along those lines when I came up with this recipe. I was just thinking it would taste good and man was I right! 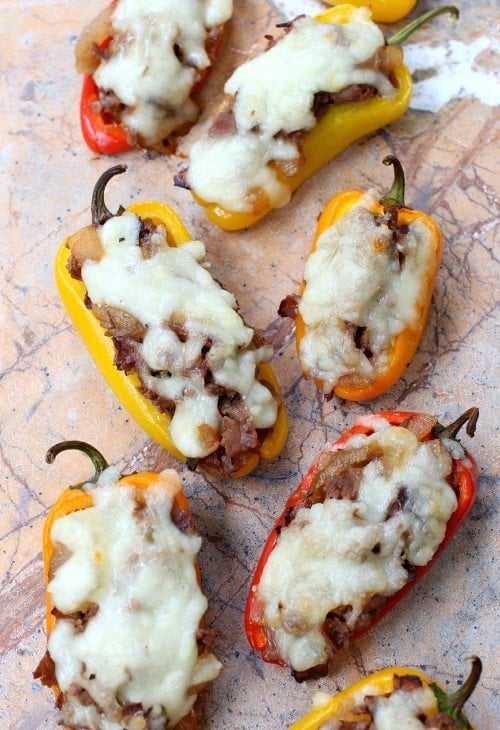 Christie was really excited since she’s still following a sort of low-carb diet these days, salad and chicken gets old I guess so these didn’t stick around long after they were made. We ended up just eating these for lunch, they kids had them for snacks after school and the last few were a late night snack for me. But next time I’ll be making these for game time, a double batch.

These Philly Cheesesteak Stuffed Peppers are perfect for Football food or party apps or even for a snack for the kids after school…yep, they are that easy to make, just hang in with me.

All you need to do is pick up lean roast beef from your deli and shredded mozzarella cheese, or provolone would work nice too. 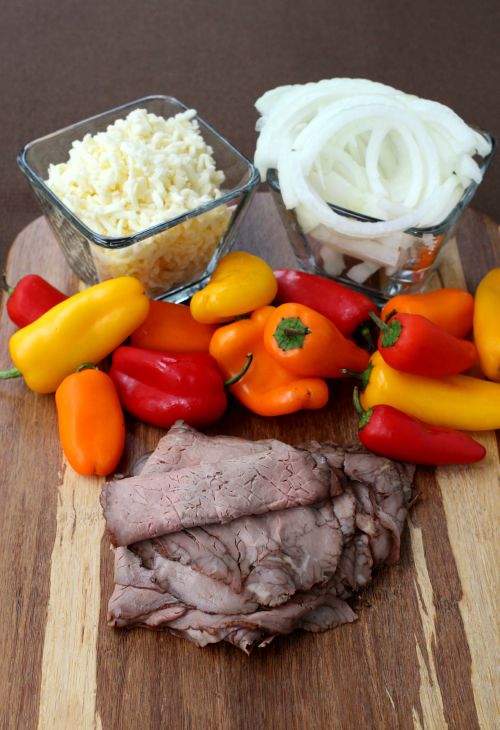 And then of course the mini bell peppers. You know the bag of the little bell peppers that you see in the grocery store? They’re about 5 bucks, grab a bag or two and get cooking.

Chop up a large onion and put it in a skillet with olive oil over medium heat. After a few minutes when it gets softened up, add in the roast beef from the deli that you’ve chopped up into small slices.

Add in a few seasonings and a little marsala wine and the filling is done. Slice the peppers in half and fill them up with the stuffing. Add the cheese on top and bake for 15 minutes. 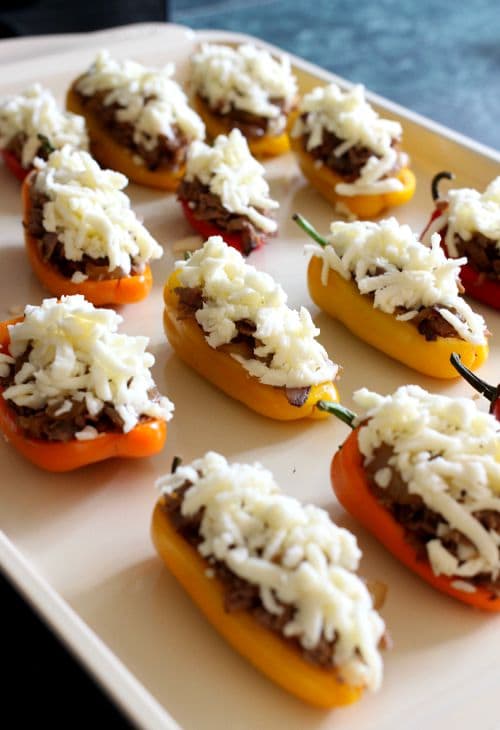 It really can’t get much simpler than that. And it’s a good thing because like I said, these won’t be around for half-time so make sure to double the recipe! 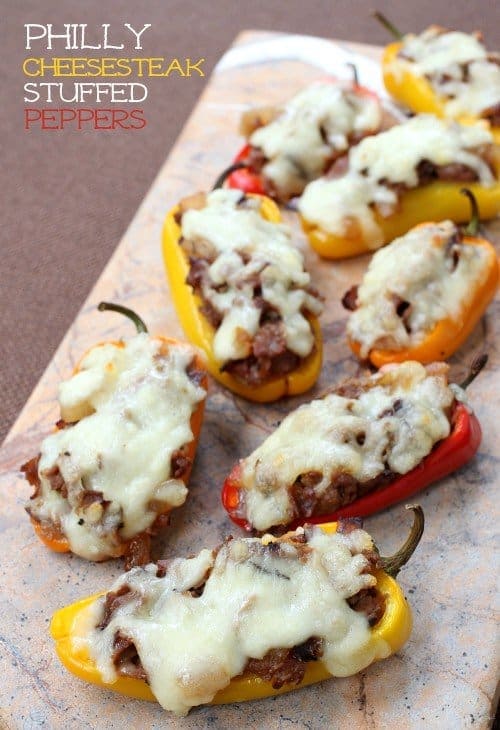 An easy, low-carb appetizer or snack that can be put together in minutes!