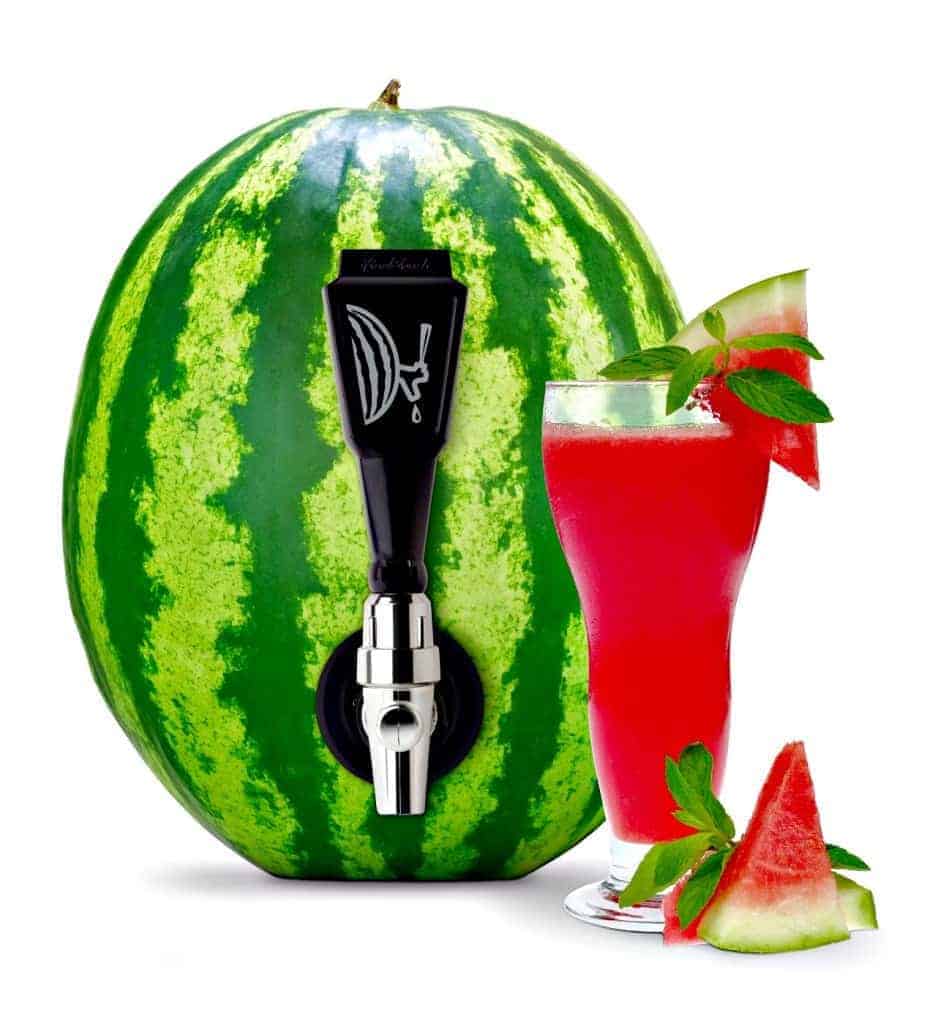 I know I’ve been talking about a lot of pricey gadgets, like the beer glass froster, so I thought I’d try and find something interesting for a more affordable price.

This Watermelon Keg would be awesome to have at your summer barbeque! A hollowed out watermelon filled with booze? The possibilities for this are endless.

The longer you let the booze of your choice sit inside the watermelon, the more infused it becomes.

I guess it’s a little more upscale than back in the day when we used to just cut the top off and pour vodka in, you all did that right?

I don’t know about you, but anything sitting around with a keg tap on it is just begging for someone to start pouring shots.

We’ve been experimenting with Three Olives Watermelon Vodka this week and they have their own version of a watermelon martini on their web site. We made it – had to test that one out -but then made our own drink instead. Theirs was good, but mine is better! I’ll share that with you soon…

Oh and to make it a versatile gadget, this also works with a hollowed out pumpkin, as they claim on the web site. I think you’d be a little more limited with your choice of fillings there though. Maybe some bourbon or pumpkin flavored beer? I think I like the watermelon idea much better.

So for your next BBQ, hollow out your watermelon, tap it with The Watermelon Keg and fill it with your favorite alcohol or cocktail…check back for my Watermelon Cosmo on Friday!