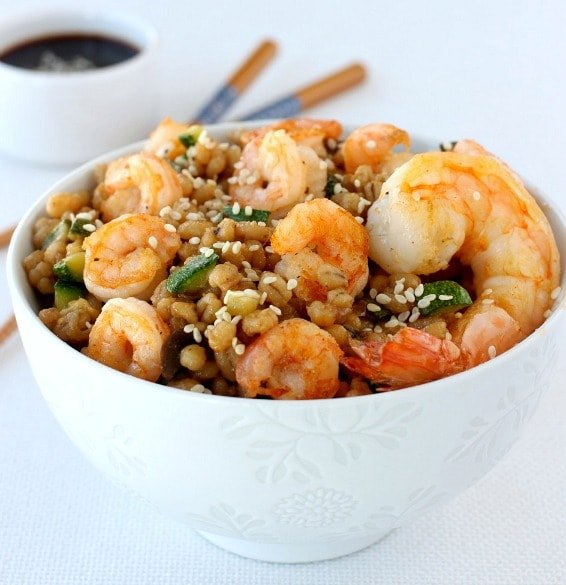 You asked for healthy recipes so I give you an Asian Shrimp Barley Bowl. It’s healthy, easy and if you make the barley ahead of time, it’s a 15 minute meal! 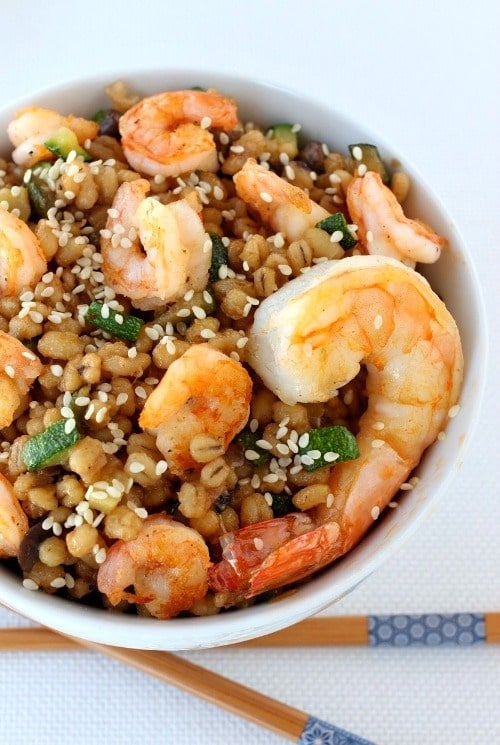 It’s not as crazy as it sounds, I promise.

Barley is a new food to me, even though it’s not to a lot of people. Christie made it one night and threw in some vegetables and shredded chicken on top and the kids went crazy for it.

It takes about 45 minutes to cook up a pot of barley but you can do it ahead of time and then like rice, it’s something you can add anything you want to. But it’s a lot better for you than plain rice. Even though I’m a big fan of plain rice.

So if you can make the barley ahead of time, then when it’s time for dinner you only have about 15 minutes of cooking to get this Asian Shrimp Barley Bowl on the table.

In a large pot heat up some olive oil then add in a cup of chopped onion.

Cook that for five minutes, stirring, and then add 1/2 teaspoon of sugar. The sugar helps to caramelize the onions and get them sweeter. Another one of my favorite things…caramelized onions…

After the onions caramelize add in 2 cups of diced zucchini and cook that down for another 5 minutes. Throw in 2 minced garlic cloves and a little salt and pepper, then remove your cooked vegetables to a plate.

To the same pot pour in chicken broth and bring to a boil. Add the barley and a little more salt and bring back to a boil.

Reduce the heat to a simmer and cook for 45 minutes.

After the barley is cooked,  add back in the cooked vegetables soy sauce, oyster sauce and sesame oil. A this point, you could let it cool and keep it in the fridge until you’re ready to cook your dinner later… 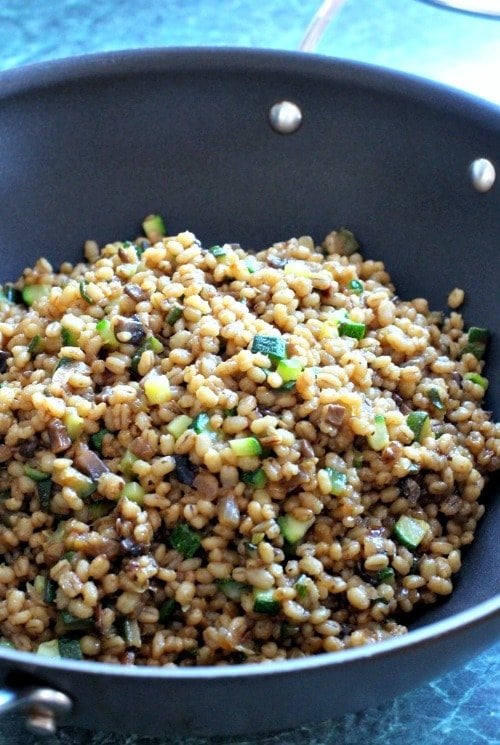 When dinner time comes, get your barley out of the fridge and warm it up over low heat.

Get out a large skillet for your shrimp…season them with salt and pepper and cook for 5 minutes until they’re just pink.

And dinner is done.

It might sound like a lot of steps – but it’s really not too bad – especially if you do the barley ahead of time.

So that’s how I do healthy. Not a boring salad or steamed vegetables. Tasty, delicious, full of flavor dinners that just happen to be good for you too! 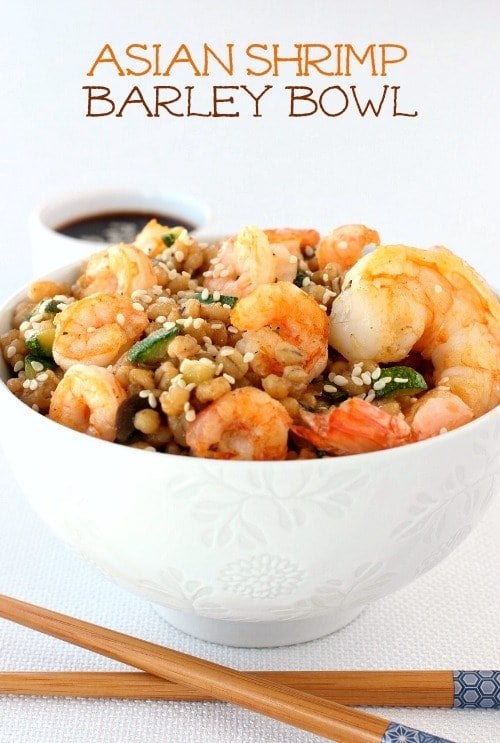 Make the barley ahead of time, then when it’s time for dinner all you have to do is saute your shrimp and add it to the warmed up barley.
You could also leave out the shrimp for a vegetarian meal, or substitute chicken or sliced beef instead.