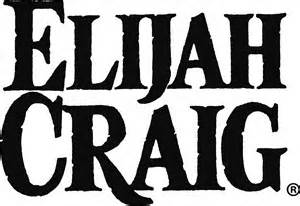 Here’s the story from the Whiskey Reviewer…

Educator, entrepreneur, and Baptist minister, Elijah Craig is also often credited as the legendary “Father of Bourbon.” The enduring appeal of Craig as the founder of Bourbon lies in the irony of a Baptist minister inventing America’s signature whiskey, and in a place that later became part of a liquor-free county. Yet like most such stories, the truth is far more complicated.

Craig was born in north-central Virginia in the first half of the 18th Century, although whether he was born in the 1730s or 1740s is open to conjecture. What is known is that he was ordained as a Baptist minister in 1771. It’s easy to see Craig as a minor figure in the American Revolution, since he was jailed at least once  in Virginia for preaching without a license, a crime in a colony where the official religion was Anglicanism. He was also jailed for preaching in South Carolina, under charges of “disturbing the peace.” He is known to have extensively discussed the issue of freedom of religion with Constitutional Framer and future President James Madison, discussions that probably influenced the 1st Amendment to the Constitution.

The dialogue with Madison took place after Craig founded a church of his own in central Virginia in the late 1770s, a church Craig eventually left in pursuit of greater religious freedom and better business opportunities across the Appalachians in Kentucky. He eventually followed his brother Lewis’s “Traveling Church” of some 600 Baptists to what was then the frontier country of the Virginia colony, coming through the Cumberland Gap by 1782, purchasing 1,000 acres, and settling in what is now Scott County. Craig laid out plans for a town he called Lebanon, renamed Georgetown in 1790 in honor of George Washington.

It was in his Lebanon that Craig became an educator, establishing a school in 1787. Craig’s educational endeavors eventually evolved into the Rittenhouse Academy, and then into Georgetown College. Craig directly donated land to Georgetown, the first Baptist college founded west of the Appalachians.

In addition to preaching and teaching, Craig was also one of Kentucky’s earliest industrial magnates. He founded Kentucky’s first wool-processing mill, lumber mill, grist mill, paper mill, and ropewalk. It was in that capitalist spirit that Craig ventured into whiskey-making.

Craig opened his distillery in 1789, and according to legend his key contribution to the development of Bourbon was the introduction of charred oak barrels. I know of two different stories as to how he came up with the idea. The first is that the barrels were scorched in an accident, and Craig made his serendipitous discovery by using the charred barrels anyway. The other is that the Reverend Elijah was trying to recycle used barrels by charring the insides. What I have always found amusing about these tales is that both portray Craig as a miserly cheapskate, and in either scenario it is hard to imagine Craig as being especially concerned with the quality of his whiskey.

The problem is that there is no real evidence that Elijah Craig invented the idea of the charred oak barrel. The 1874 Richard Collins book History of Kentucky points to Craig, indicating that Bourbon was first made in 1789 in the place where Craig had his wool mill. All other references to Elijah Craig as the Father of Bourbon post-date that claim. As an amateur historian who has read quite a few books published in the 19th Century, I recognize good cause to be dubious about any new, unsubstantiated assertion made in such a pre-modern history text.

Simply put, we don’t know what Collins was basing his claims as to where and when Bourbon was first invented on. Also, that part of Kentucky was sprinkled with distillers. The very name “Bourbon” is drawn from the early Bourbon County, then a huge region of central Kentucky, and was often used to generally describe any corn-based whiskey, distinguishing it from the rye and wheat whiskeys made Back East.

Ultimately, we can be certain that Craig’s place as one of Kentucky’s earliest industrial barons made him a very prominent local distiller. He is indisputably a key figure in the early development of Bourbon. As to whether he invented Bourbon whiskey or not, that question is still very much open.

Craig continued to expand his business interests, adding a general store in Frankfort and eventually quadrupling his land holdings. He died in 1808, survived by three children and his legacy as one of early Kentucky’s more influential figures. As his Kentucky Gazette eulogy wrote “If virtue consists in being useful to our fellow citizens, perhaps there were few more virtuous men than Mr. Craig.”

And here’s a link to a review of Elijah Craig bourbon from Heavenly Hill Distilleries, I think it’s a great buy for under $50.00!