Save Your Favorites!
Mantitlement » Sponsored Posts » My trip with Crown Royal at the #JeffKyle400
Share
Pin
Tweet
Email

I can’t wait to tell you guys about my trip with Crown Royal at the #JeffKyle400 Brickyard race in Indianapolis, Indiana! The race was hosted by Crown Royal and all I can tell you is those guys throw one hell of a party. From the whiskey tasting at Georgia Reese’s Southern Table & Bar to the Capture the Crown race experience at the Indianapolis Motor Speedway…I was lucky enough to be one of twelve bloggers invited to participate this amazing weekend. 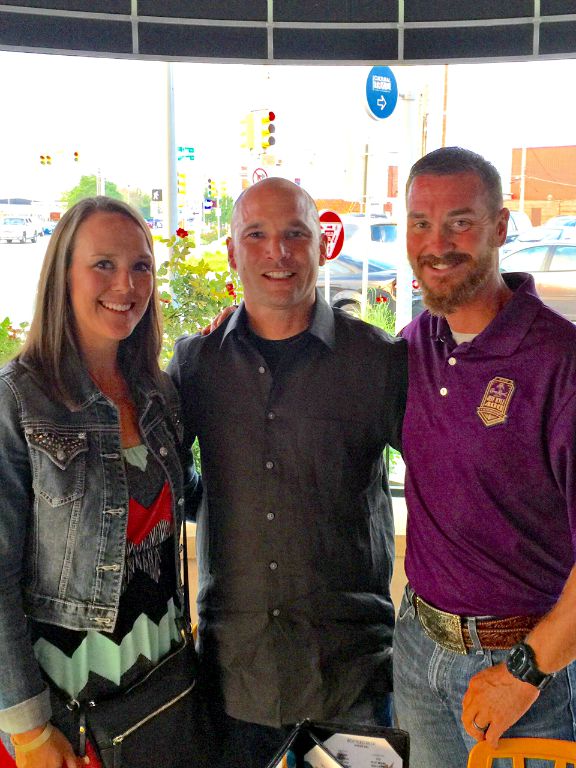 That’s Jeff Kyle, his wife and me hanging out having some food and drinks. Nicest guy ever, totally down to earth and absolutely deserving of his “Hero” title this weekend.

What Is Capture The Crown?

During the Capture the Crown contest, the Taylor Group split us up into four teams to begin tasks and answer questions about Crown Royal, Heroes & NASCAR. Examples of some tasks were to take a picture of a tailgate party that was “responsibly” enjoying Crown Royal, snap a picture from someone from the Crown Royal brand team, enjoy a Crown Royal cocktail with one of the finalists in the Crown Royal Suite, (nailed that one) purchase a T-shirt with the race logo on it and gift it to a veteran, take a photo of a military coin, get an autograph from Jeff Kyle, Capture a video of a team member singing the National Anthem, Capture a photo of three objects around the track in the shape of a crown, get an autograph from a NASCAR driver, take a photo of the car that won the inaugural Indianapolis 500 in 1911…just to name a few.

So as you can see this was no easy scavenger hunt. But we got some fun breaks in between like taking pace car rides around the Motor Speedway and touring the garage area where we could meet the drivers and crew members. 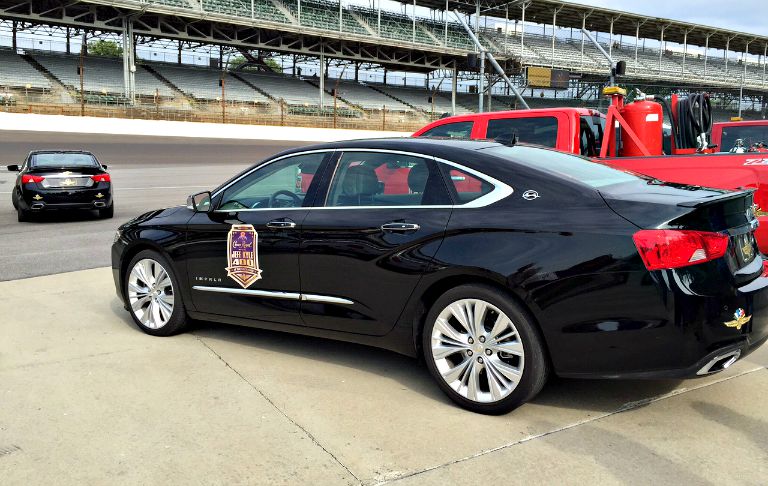 My team tried our best to win the race, but the breaks at the Pagoda Club Suite with the open whisky bar seemed to distract us. 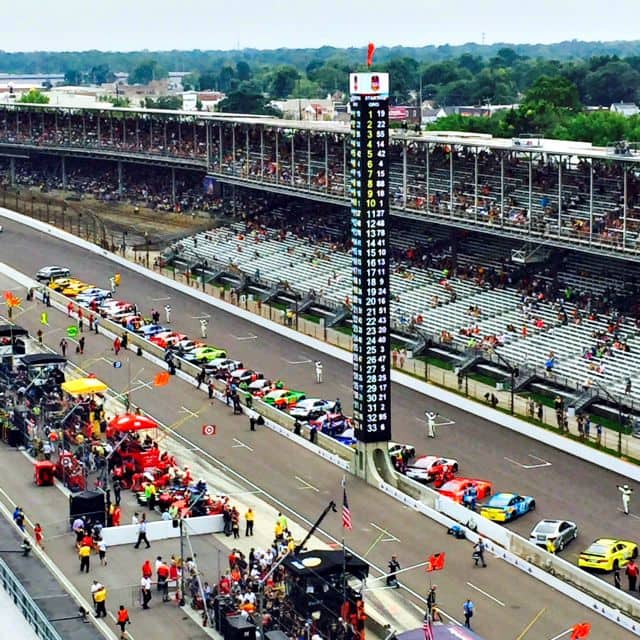 After the contest ended we where allowed to go and hang out at the Pagoda Club Suite on the eight floor which overlooked the finish line and also had two outside decks. Very cool.

But what was even more intense were the media passes that we were given that let us down to watch the race from about five feet from the pit crews. That is definitely something that every NASCAR fan should experience. 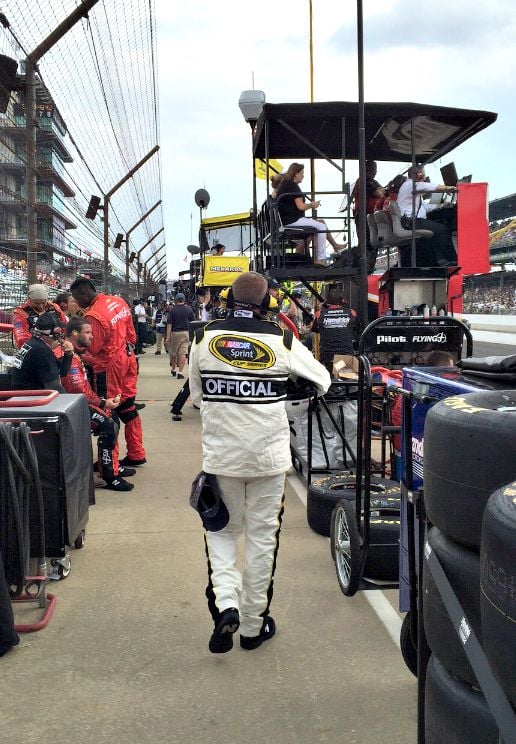 During the last 10 laps we were all sent a text to meet at the winner circle and celebrate. We all started heading down and wouldn’t you know it – the M&M driver Kyle Busch took the checkered flag! The pit crew raced over to the winner circle throwing champagne and skittles around –  it was raining booze and candy. 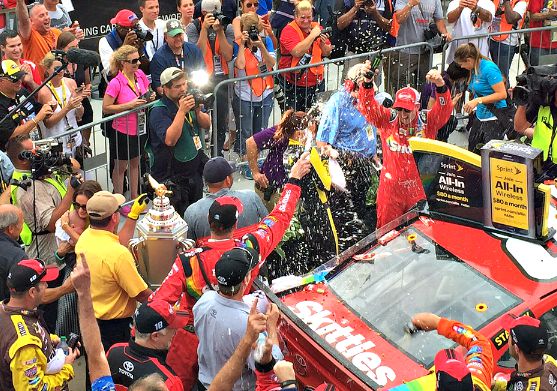 After that the race team went out to the three foot wide brick finish line to keep with the tradition of the winner kissing the bricks. 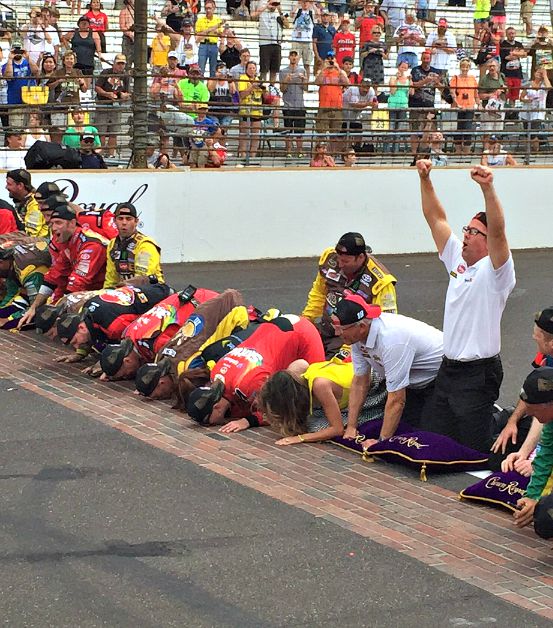 I guess you know by now that the only way for me to end this fairy tale Crown Royal experience was to kneel down on the Crown Royal pillow and kiss the bricks too. 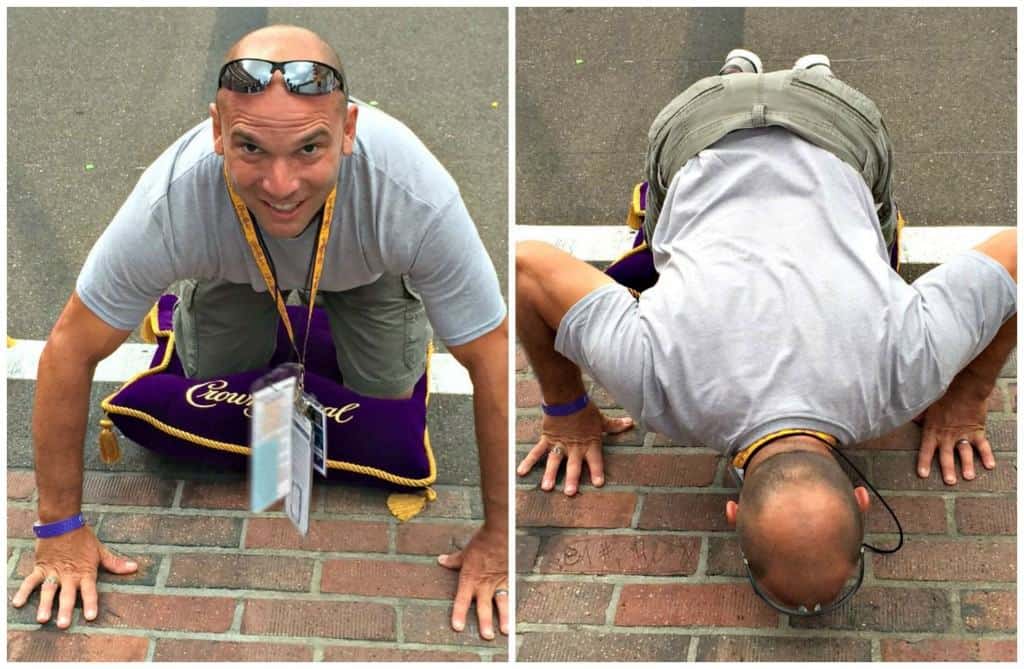 There was lots of whisky celebrating after the race. If you want to read about my favorites, you can check it out here.

This is all of us – all of us lucky bloggers that got picked to attend this weekend. Huge thanks goes out to Candice, Stephanie, Brianna, Joe and everyone from the Taylor Strategy team for making this such an amazing experience! Get your Crown on! 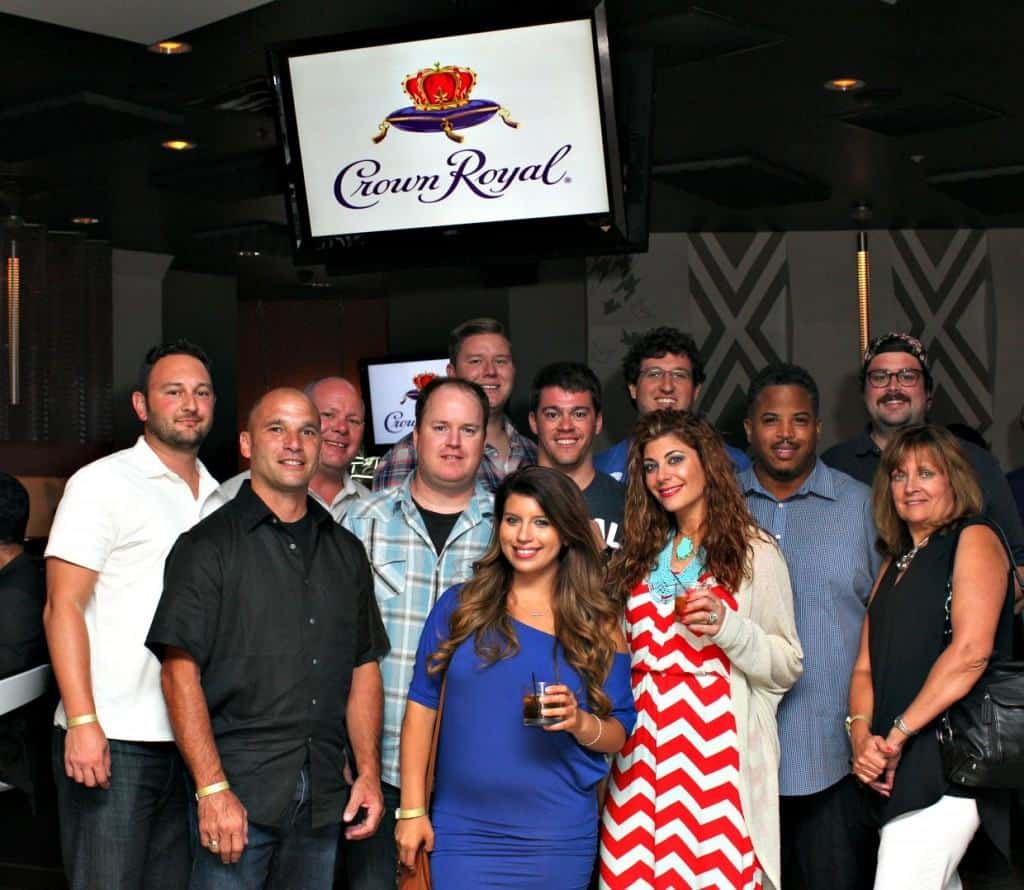