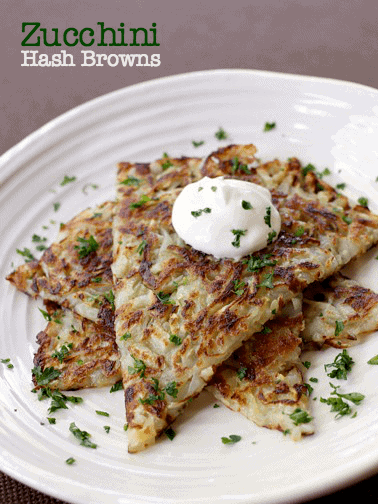 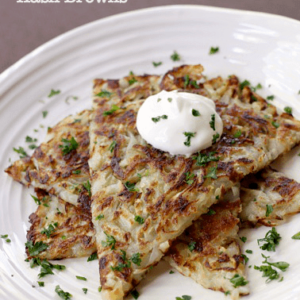 I’m kicking up regular potato hash browns today with these Zucchini Hash Browns Recipe. Any way we can get some more vegetables in our diet is a win in our house!

These go great with our Taylor Ham Egg and Cheese Breakfast Casserole and Pancake and Maple Sausage Sandwich so be sure to check them out for your next family breakfast! 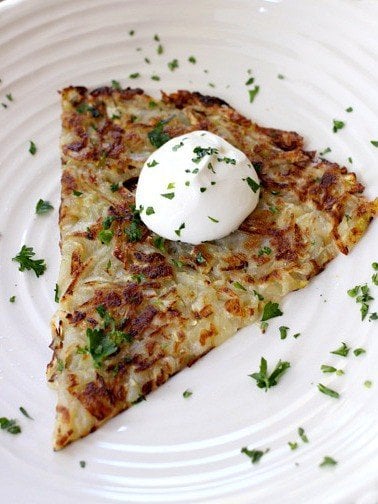 We usually buy the big 5 lb. bag of potatoes at the grocery store so we always have them in the house. We eat a lot of potatoes…

And I know everyone is always looking for a way to get more vegetables into their kids (and also us husbands) and this is a great way to do it.

These Zucchini Hash Browns are really easy to throw together too…the hardest part might be the flipping…but I’ll get to that.

How Much Zucchini Do I Need To Make Has Browns? 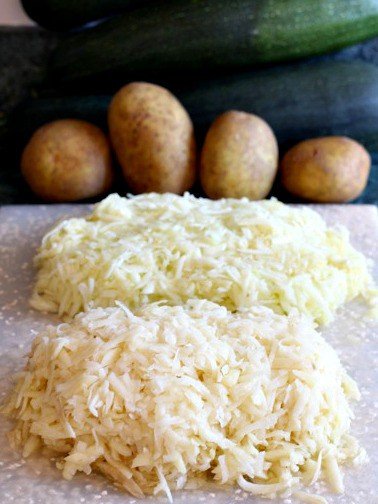 Put the grated zucchini and potatoes in a large bowl, add the seasonings and mix together well. Then heat up your large skillet with a tablespoon of olive oil over medium-high heat and add the mixture.

Using a spatula, go around the skillet and press the hash browns down into an even, solid layer. Let that cook for 7-8 minutes until you see the edges of the hash brown starting to get brown and crispy. 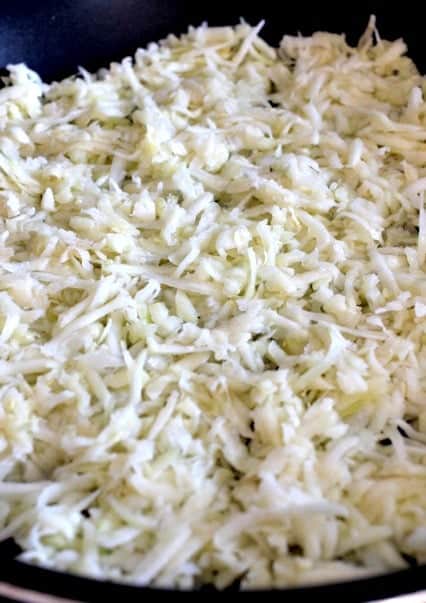 Here’s where it gets a little tricky. I admit to calling for back up on this part. The wife is a pro at it since she’s been doing it for so long but me – not so much. So what you can do is get a large dinner plate and place it face down on top of your hash browns, then with your hand on the top of the dinner plate, flip the skillet over so the hash brown is on the plate. Then just slide the has brown back into the skillet, the uncooked side will be down now.

I did it, I swear, it’s not as complicated as it sounds. And the end result is unbelievable. Crispy, Zucchini Hash Browns.

Maybe one day I’ll get the flipping part down, but for now I’m using the plate trick.

These Zucchini Hash Browns are a yummy and easy way to sneak more veggies into your diet!