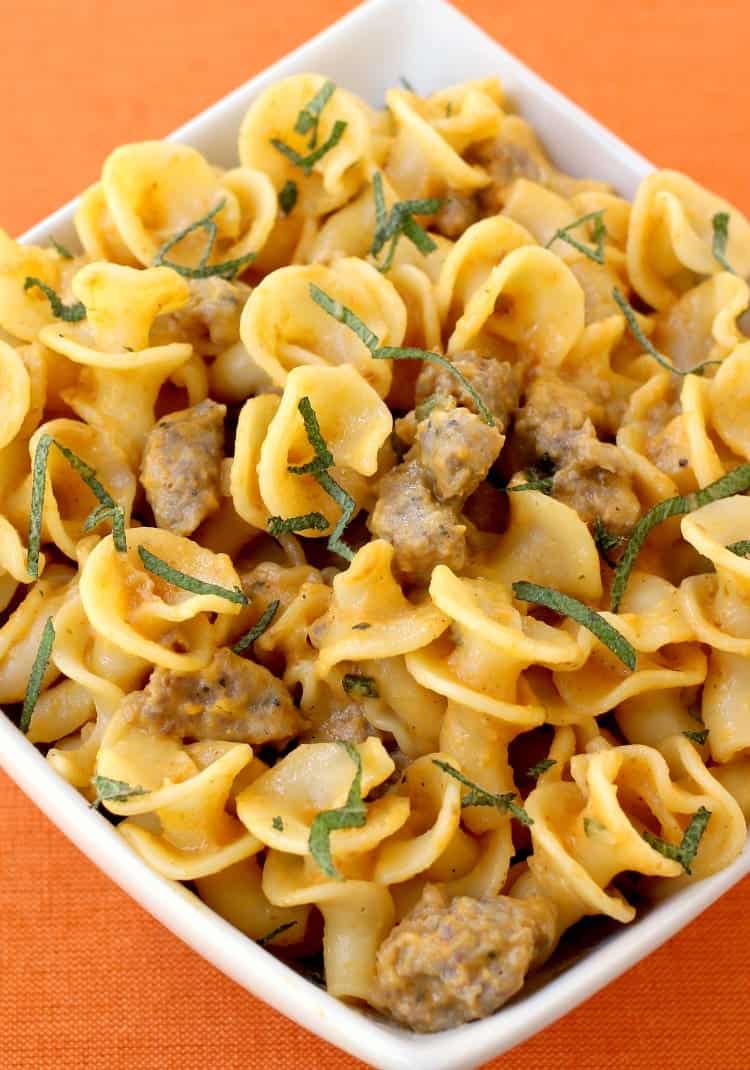 This Pasta with Pumpkin Cream Sauce is like a creamy pumpkin version of alfredo sauce – with pumpkin and tons of sausage.

I know everyone is kind of getting over pumpkin recipes but I’m still going.

I love pumpkin in just about anything, cocktails, appetizers, dinner or snacks. Mostly cocktails, but food is a close second.

This recipe is one that Christie has been making for a long time from one of Rachel Ray’s first cookbooks published way back in 2000. Seems like so long ago, I guess it was since that was pre-kid days. And I don’t really remember much before pre-kid days so it’s a long time.

Cook a pound of pasta drain…you know the drill…but we’ll get back to the pasta later.

Browning a pound of sausage in a large skillet, yep a whole pound.

Then you’re going to add chicken broth, pumpkin puree and cream. With me so far? 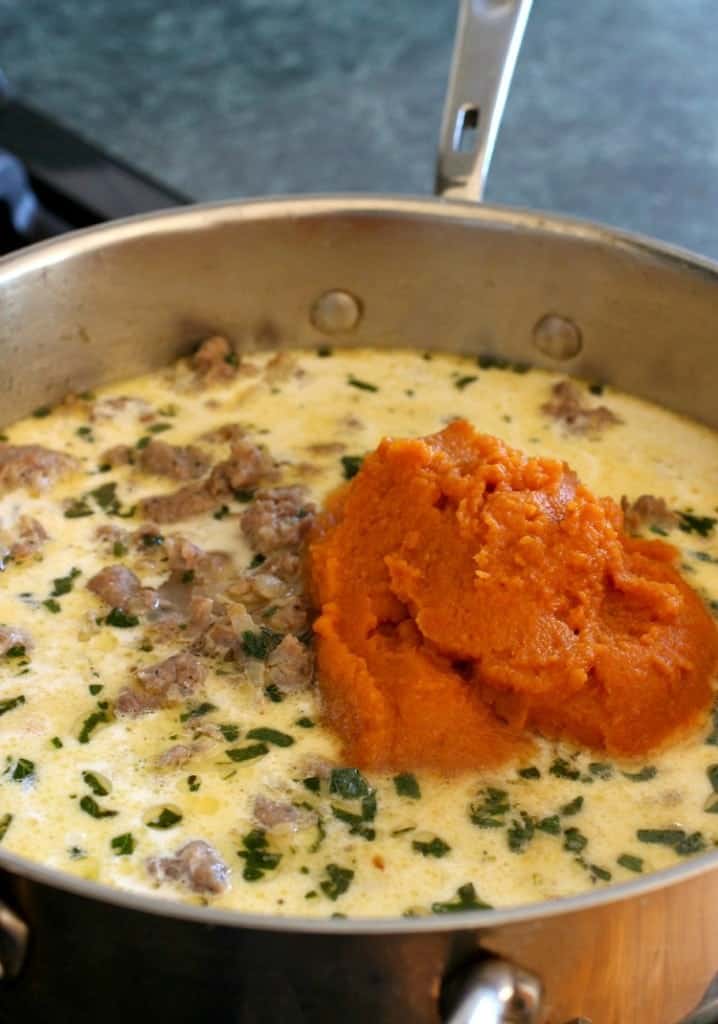 Good, so don’t freak out when I tell you what’s going in next. Because I can tell you that it definitely did not seem normal to me when Christie told me to grab the nutmeg and cinnamon. I mean we’re not making dessert here, it’s pasta – but trust me and follow along… 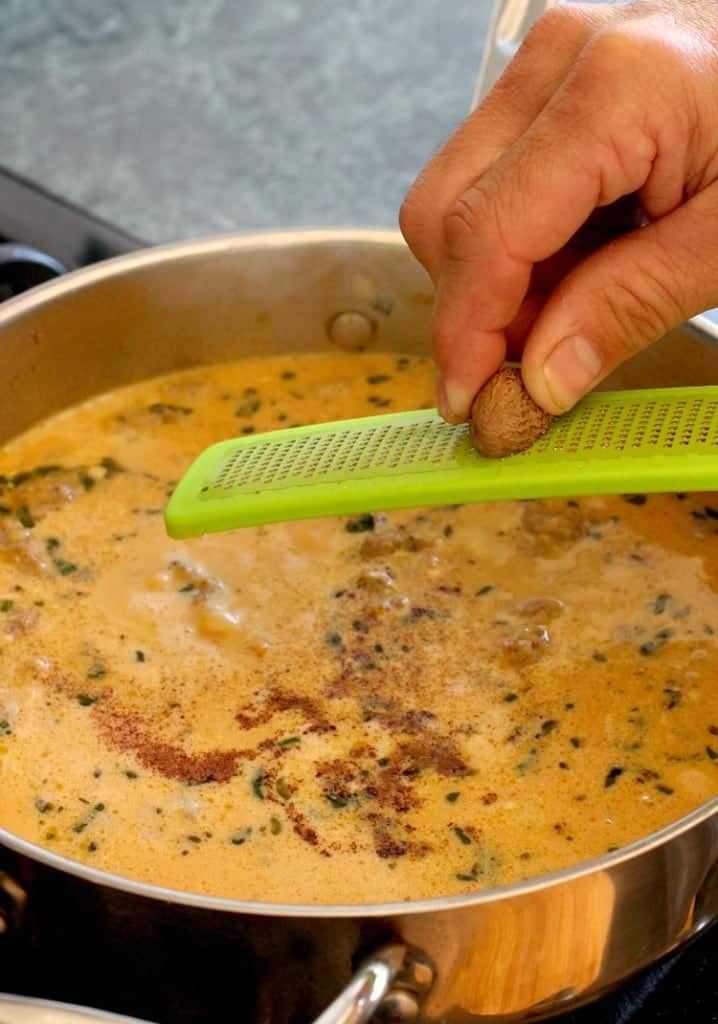 Any long or short tube pasta would work for this recipe like rigatoni or ziti. The important part is that you want some sort of area for all the creamy pumpkin sauce to get stuck in while you’re eating it, so just don’t grab a long noodle like spaghetti.

Add the cooked pasta to the skillet with the sauce and stir carefully until it’s all mixed together.

So what if you’re not a huge fan of pumpkin in your dinner? I can tell you that my little guy ate two bowls before we ever told him that there was pumpkin involved.

It was good – so he ate it. That was all he cared about. 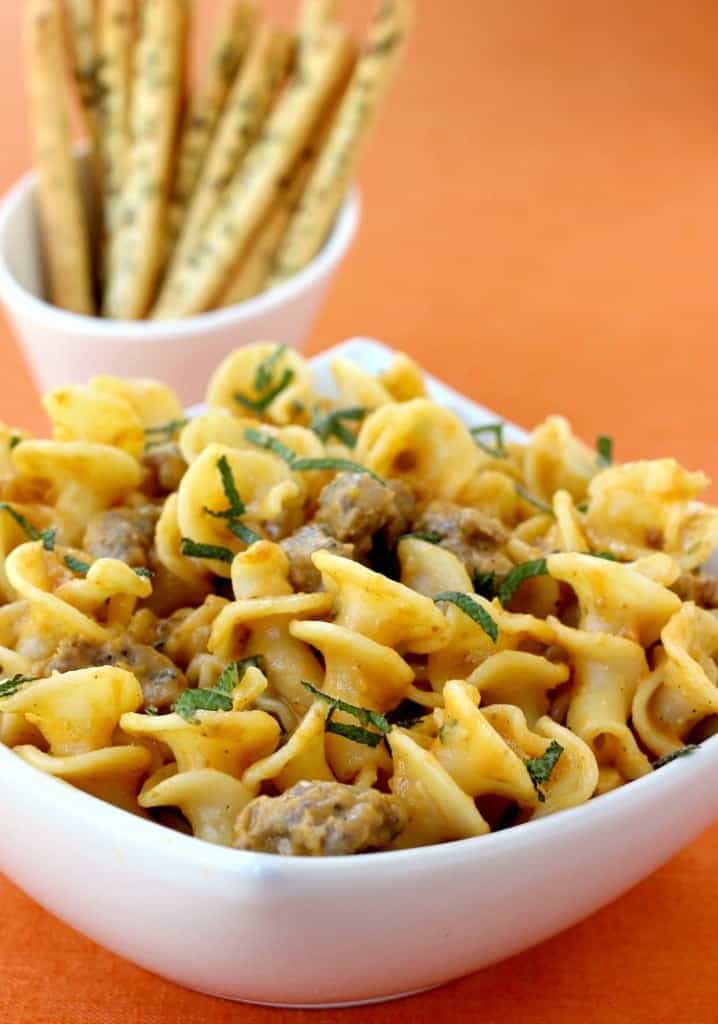