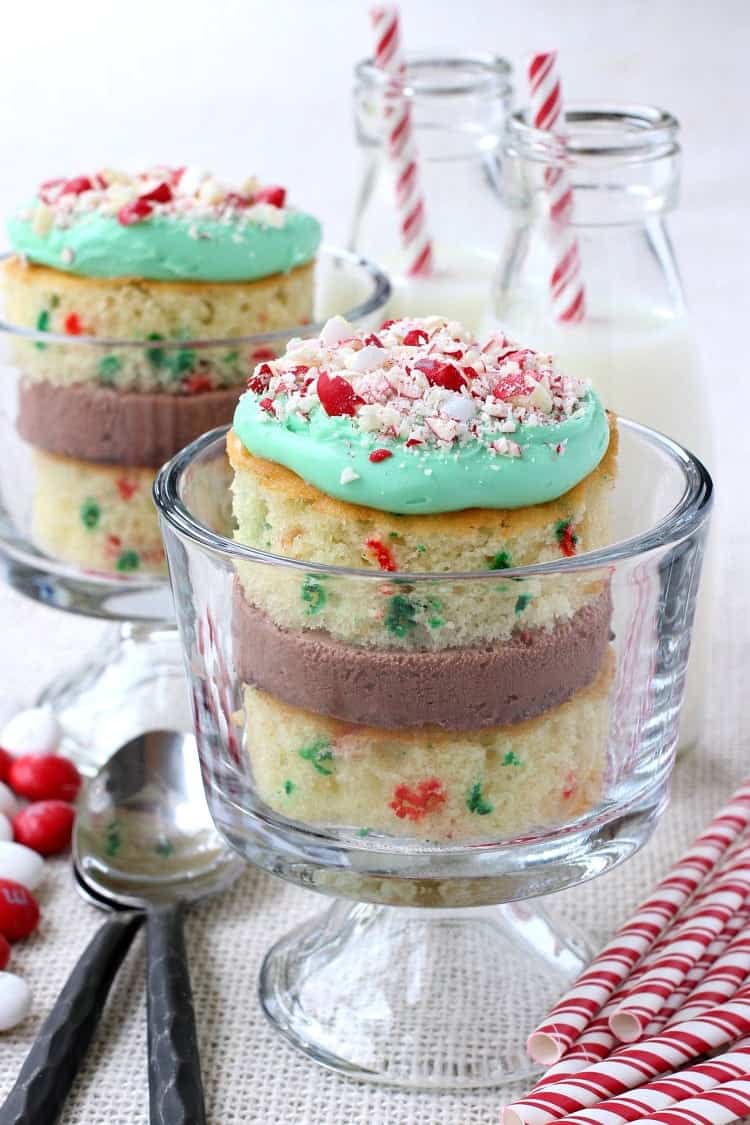 This shop has been compensated by Collective Bias, Inc. and it’s advertiser. All opinions here are mine alone.
#BakeInTheFun #CollectiveBias

Mini Ice Cream Cake Trifles will have the kids and adults begging for dessert to be served! A little creativity goes a long way in this dessert! 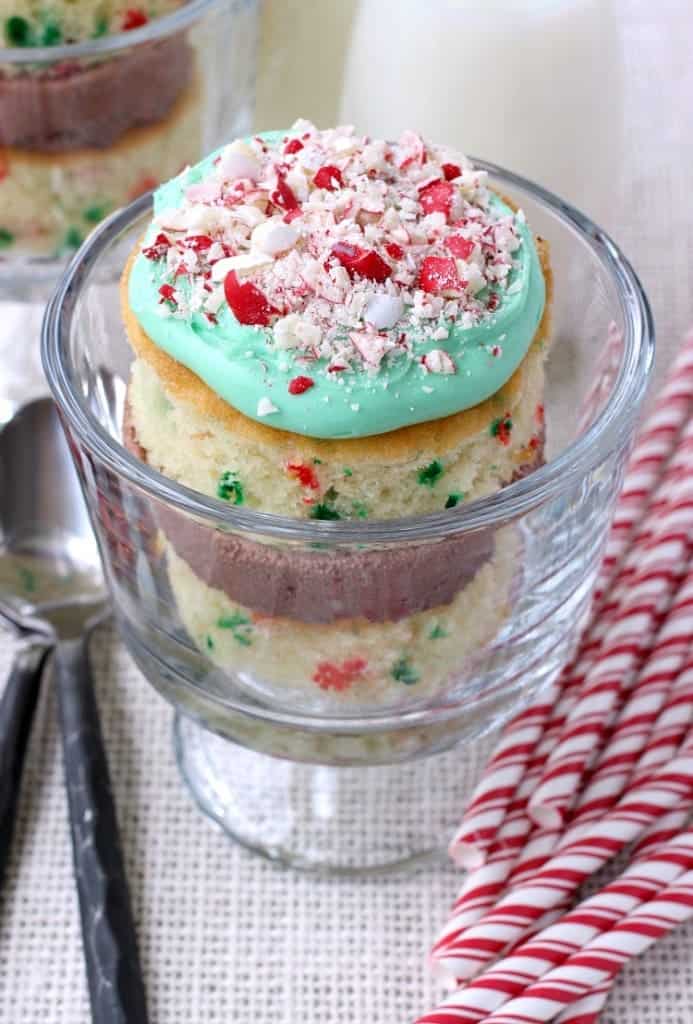 I’m always trying to put a spin on things, even when it comes to my lack of baking ability. But using a few store bought ingredients and adding a little creativity can help get something sort of homemade looking like you spent all day making it.

It’s my son’s 12th birthday coming up in a few days and as all parents know time flies by fast and all of the sudden I’ve got a kid who’s almost a teenager. I’m actually terrified to see what happens to our grocery bill when he gets a few years older because as of right now, it’s a little off the hook.

This kid will eat his entire dinner and then it’s dessert time. Some ice cream, a smoothie, a few cookies. Nothing too crazy. But then an hour or so later it’s snack time. Snack time?? A snack for him is usually a bowl of cereal (or two) or some peanut butter toast or even a scrambled egg sandwich. Usually pretty healthy but also sort of like another meal. And THEN there’s the “just before bed” snack like an apple or banana. And my seven year old eats almost the same way so we’re doomed for sure.

We also go through at least a gallon and a half a week – and that’s just the kids! There’s a great program going on called The Great American Milk Drive that I wanted to mention since we’re talking about milk…milk isn’t usually an item that’s donated to food drives even though it’s always in high demand. So to help out, what you could do to help out is give a small donation at pourmilklove.com and a gallon of milk will be delivered to a family in need in an area near you.

Definitely worth the mention, my kids wouldn’t know what to do if our house was out of milk even for a day. I’m that dad that’s sent out to Walmart at 8:00 at night for milk because we need it for the next morning. Usually I’m grabbing ingredients while I’m there too, like for this dessert, so it’s kind of one-stop shopping. And I really don’t mind running out for something like milk since milk it’s so good for them – loaded with tons of protein, calcium and vitamin D. 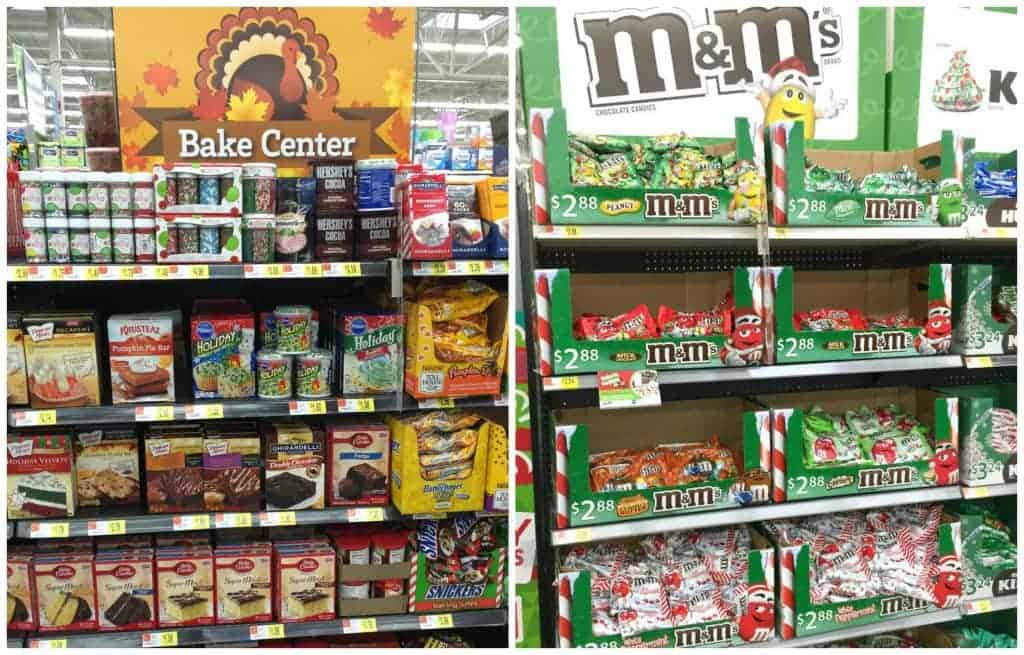 So for his birthday I wanted to make something kind of over the top for dessert instead of just a cake. Then I couldn’t decide between ice cream cake and regular cake so – you guessed it – I went with both.

I made these Mini Ice Cream Cake Trifles to try and make his birthday seem more fun, but you could definitely take this same concept and make a whole sheet cake instead.

Gather up all your ingredients and let’s get started! 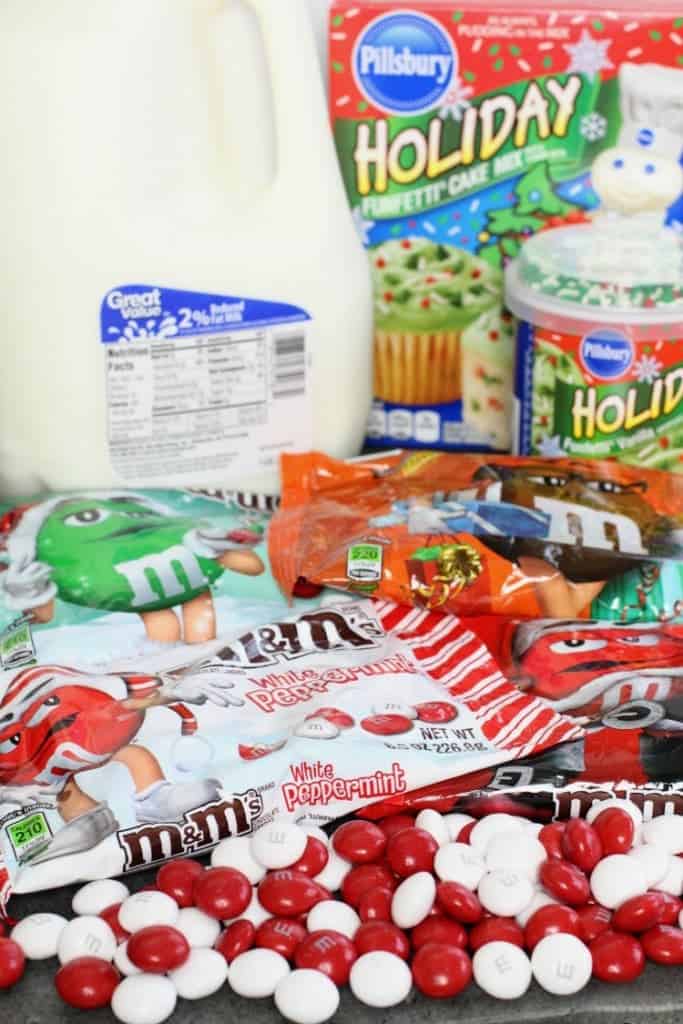 This recipe takes a little preparation ahead of time, just partially thaw out a box of chocolate ice cream and stir in M&M’s® Holiday Milk Chocolate. I chopped mine up pretty fine in a food processor so that no on bites on a frozen piece of chocolate, just little crispy pieces. Pour the ice cream into a 9 x 13 baking dish and freeze until solid, I did mine the night before but a few hours would be fine.

The next day (or even the day before) you can make the Pillsbury™ Holiday Funfetti® cake by following the package instructions for a 9″ x 13″ sheet pan. When it’s done, just set it aside and let it cool.

Now comes the fun part. No pun intended there…

Take a circle cookie cutter and cut out rounds of your cake and ice cream using a 3″ round cookie cutter, then layer then into large dessert cup or these mini trifle dishes like I have. Spread some Pillsbury™ Funfetti® Holiday Vanilla Frosting on top and then cover the frosting with crushed M&M’s® Holiday White Peppermint candies. 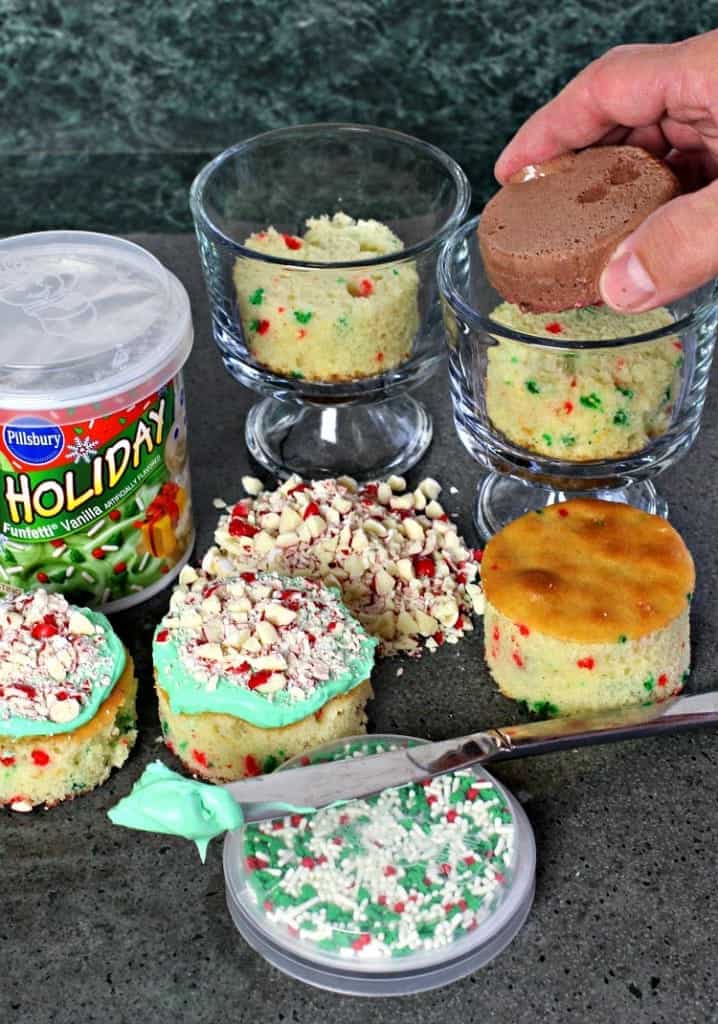 Boom. dessert done. A dessert that looks like it took hours that really only took a few minutes if you plan ahead. 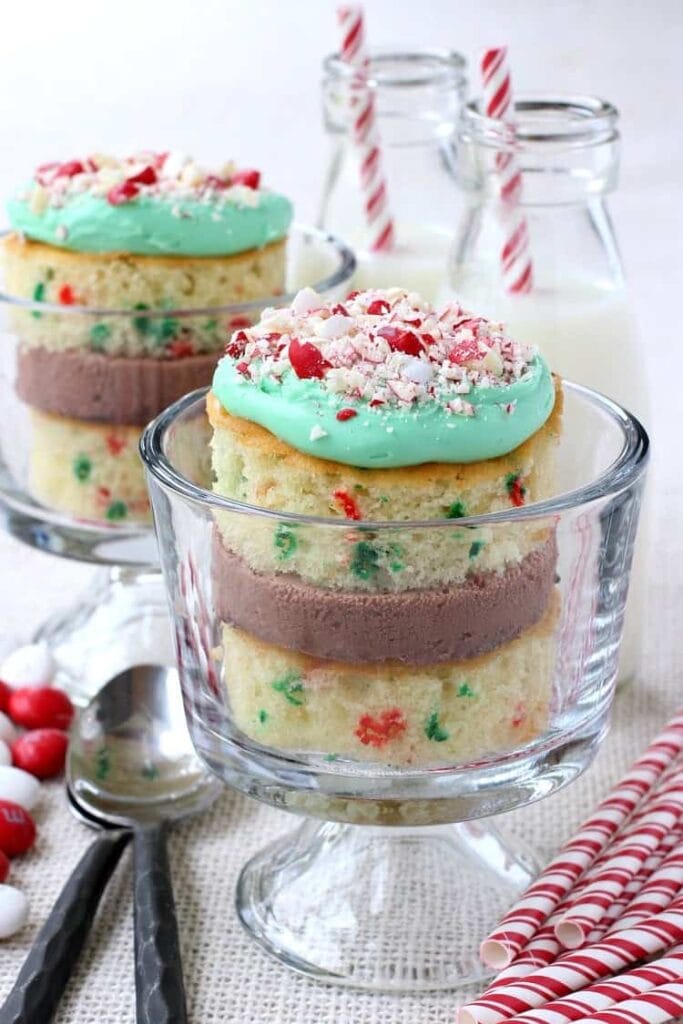 There’s not a kid or adult at your table that won’t have a smile on their face when this dessert comes!

Be sure to check out some more fun Holiday Recipes too, click here for a coupon that will save you $1.00 on (2) 8 oz. packages ofM&M’s® Chocolate Candies!

Makes 6 individual trifles, or adapt the recipe to make a whole sheet cake!

You can also adapt this recipe to a whole sheet cake. Bake the cake as per the recipe in a 9″ x 13″ and let cool. Remove from the baking dish and slice the cake in half lengthwise so you have 2 layers of cake. Place one layer back into the baking dish and top with a layer of the softened ice cream and crushed M&M’s® Holiday Milk Chocolates. Place the other layer of cake on top, cover and freeze.
When you’re ready to serve, let the cake sit for 15-20 minutes at room temperature, then frost and top with the M&M’s® White Peppermint pieces.