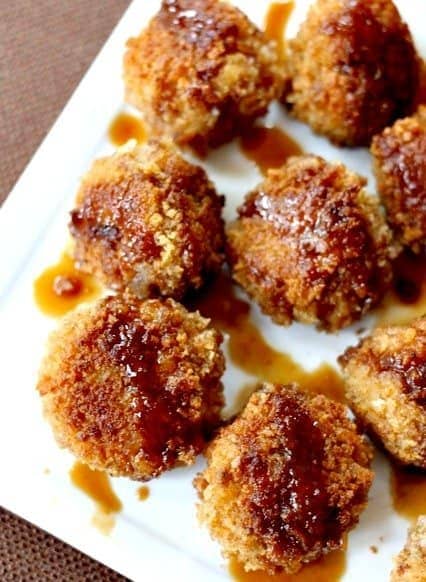 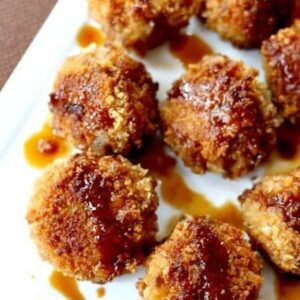 I know you guys have all heard of chicken and waffles…but I can bet you’ve never had Chicken and Waffle Meatballs! Bite sized version of this popular Southern meal!

Chicken and Waffles in One Bite

These meatballs are so addicting, I swear you won’t be able to stop eating them. A chicken meatball coated in toasted waffle crumbs and drizzled with a bourbon-maple glaze.

but I have to hand it to her, these meatballs are awesome.

How to Make Chicken and Waffle Meatballs

All you have to do is get some ground chicken, throw in some seasonings, pure maple syrup and mix it up. While you’re letting that chill, toast up some waffles. We used whole-grain waffles so it wouldn’t be too sweet.

After the waffles are toasted throw them in your food processor and grind them up just like bread crumbs…they’ll look like this. 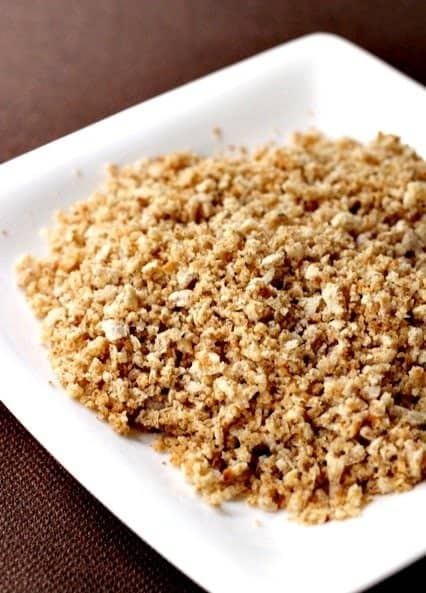 Once you put the spoon of chicken into the waffle crumbs, take a spoon and cover the chicken with the crumbs and then grab it with your hand and form the meatball.

Line them up on a baking sheet until your read to fry.

Grab a large skillet and coat the bottom with canola oil, not too m uch but you’ll have to add a little bit more for each batch.When they’re done put them on a baking sheet coated with cooking spray and cook in a 400 degree oven for 6-7 minutes. 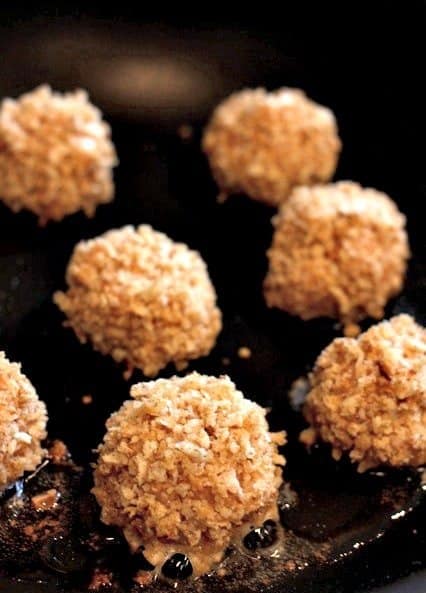 Make up the bourbon maple glaze and you’re ready to eat.

You can either drizzle the glaze over the Chicken and Waffle meatballs and serve or serve it as a dipping sauce alongside.

I promise you these will be the hit of your next cocktail party – think I might have to have another bourbon party just to serve these up for apps! 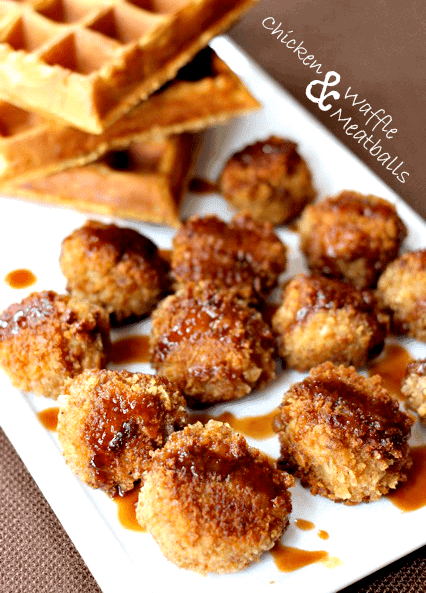 I know you guys have all heard of chicken and waffles…but I can bet you’ve never had Chicken and Waffle Meatballs! Bite sized version of this popular Southern meal!

You might want to double the recipe for the glaze!