Take this Pigskin Brew with you out for your next tailgating party or just for watching the game at home! 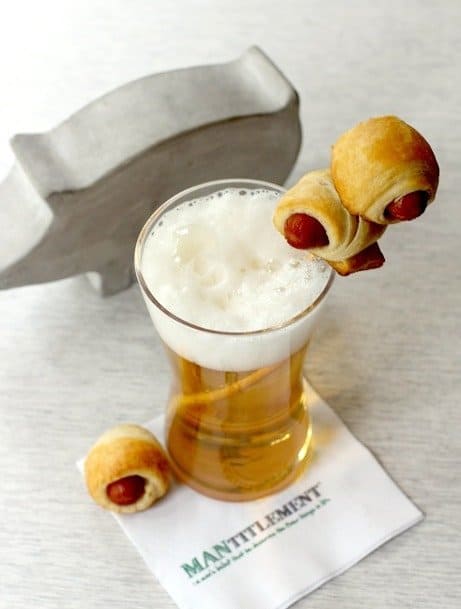 Trying to come up with a drink that would fit into my bacon week wasn’t the easiest thing to do.

I wanted to use bacon in the actual drink, instead of just using a strip of bacon for garnish.

After looking and researching bacon cocktails, I decided to take an old idea of a drink and turn it into my bacon drink.

So we’ve all heard of a beer and a shot right? A car bomb, boilermaker, or technically a depth charge if the shot is poured into the beer…

Well when I came across this Bacon Vodka, I knew what I had to do… 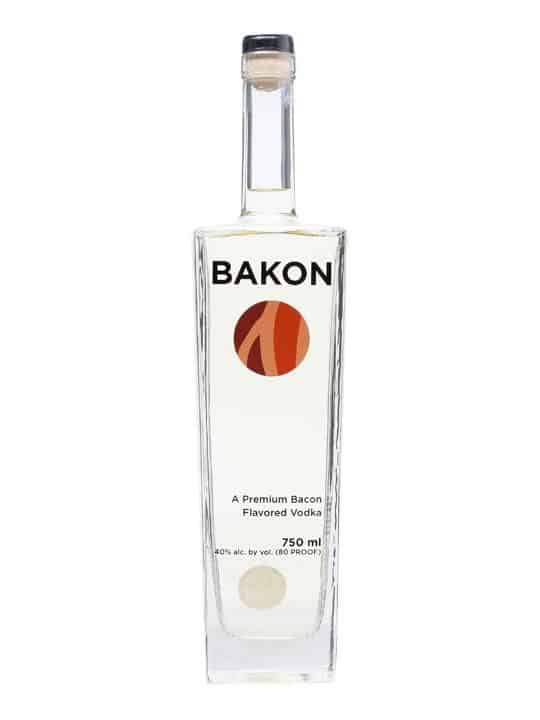 A bacon vodka shot dropped in a beer. OK, so technically you don’t have to drop an actual shot glass into your beer. Gets messy, unless you’re outside tailgating then who cares. But if you’re home, watching the game – here’s all you need to do.

Pour yourself a glass of your favorite pale ale…

Then pour in a shot of Bakon bacon flavored vodka.

And as for the garnish – make up those cocktail hot dogs, you know how, with the crescent rolls wrapped around them – pigs in a blanket. Make up a whole plate to eat then stab a few with s skewer and drop it into your beer.

This is my idea of easy, watching the game, drinking your Pigskin Brew and you have your snacks right in the glass. No need to even reach over across the table. 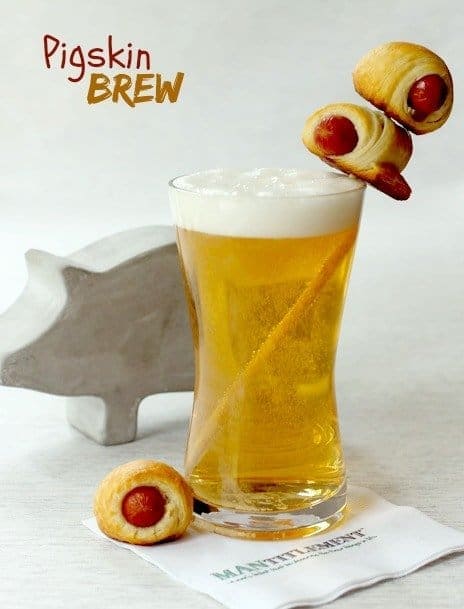 And if one of those pigs in a blanket happens to accidentally drop into your beer, all the better. Pigs in a blanket soaked in beer, actually, beer flavored with bacon vodka.

Try out the Bakon Vodka, you’ll be surprised at the smooth flavor. It’s not overly smoky or too bacon-flavored. Just a smooth vodka that you can sip by itself or throw into a Beery Bloody Mary, or maybe a Shrimp Shooter!

This fun beer cocktail is all about the garnish!