Take a trip to McSorley’s Old Ale House for a day full of beer tasting that you’ll never forget! 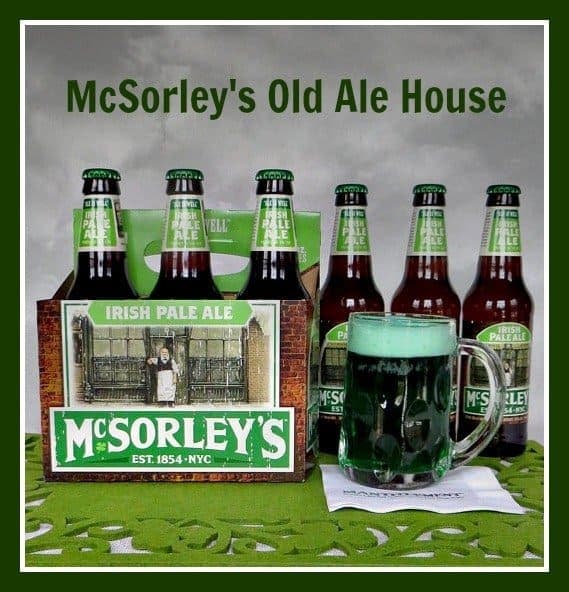 We can’t let St. Patrick’s Day go by without giving a nod to McSorley’s.

McSorley’s was established in 1854 and thrived on serving beer- and beer only- until Prohibition came along and forced the beer making at McSorely’s down to the basement.

McSorely’s was famously made with “New York” water, which they claimed made all the difference in their famous Ale, until it was sold to Schmidt’s Brewers of Philadelphia.

Pizza makers in New York city have this same claim about their pizza dough- it won’t be the same anywhere else because of the New York City water. All I can say is NYC has some pretty damn good pizza, so maybe they’re right about that.

Having been to McSorley’s, I can say that it’s a very unique experience. Everything from the decor on the walls to the saw dust on the floors to the way that your served has a certain McSorley’s twist. It’s probably the only place in the city, or anywhere for that matter, that you have to order your beers two at a time. But don’t worry if you’re with a crowd, I’ve seen the bartenders bring 12 beers out at a time.

The other crazy thing about McSorely’s is that they have two alcohol options. Tan or dark ale. That’s all they serve, so if you’re looking for a martini, you’re in the wrong place.

McSorley’s Ale is available to consumers throughout the East Coast and of course at McSorley’s Old Ale House in New York City.

And, no, McSorley’s beer isn’t green. I dyed it green to keep with the St. Patrick’s Day spirit.

Like my father always says…”In heaven there is no beer, that’s why we drink it here!” Cheers!