Low Carb Cheese Crisp Nachos are the most delicious low carb appetizer! Whether you’re looking for a low carb recipe or not , you’re going to love these! 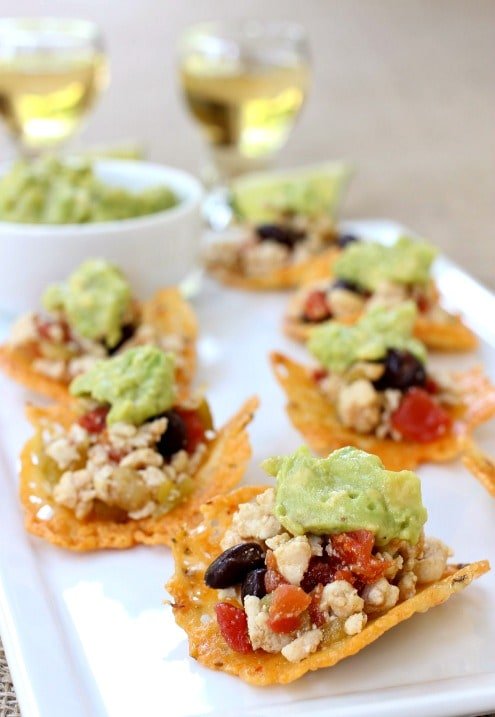 A Low Carb Appetizer With Beans???

OK, so unless you’re going super strict, keto crazy…yes. You can enjoy these Low Carb Cheese Crisp Nachos with a couple of beans. As you can see from the nutritional information in the recipes card, each filled cheese crisp only has about 1.5 carbs.

So as far as super delicious, party worthy, low carb appetizer recipes go…this is really low carb in my book. Just take a peak at a regular nacho recipe and compare the nutritional information, you’ll see how amazing these cheese crisp nachos really are!

This week we’re getting together with our friend Shelly to make a Mexican feast! We started with the apps, of course – nachos. Shelly made her version using french fries and we made ours using cheese crisps instead of tortilla chips. 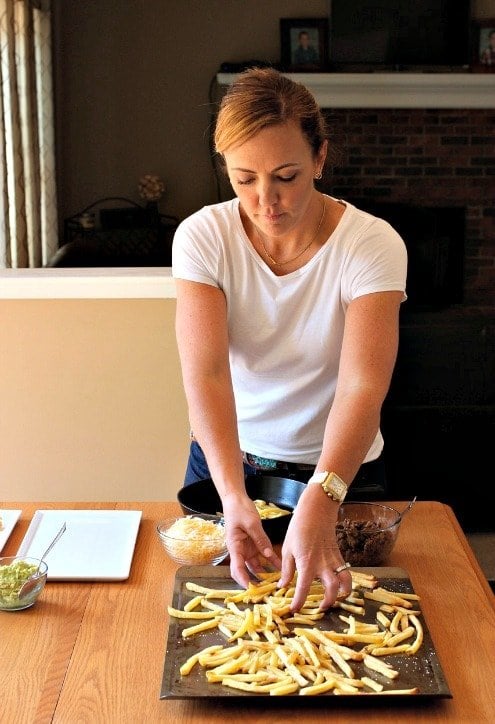 Get the girls together and there’s usually cocktails involved! It’s always more fun cooking with friends…and we like to have options. Shelly’s recipe was obviously caarb loaded, with all those delicious french fries.

So you can either have a little sample of both or stick to one or the other. 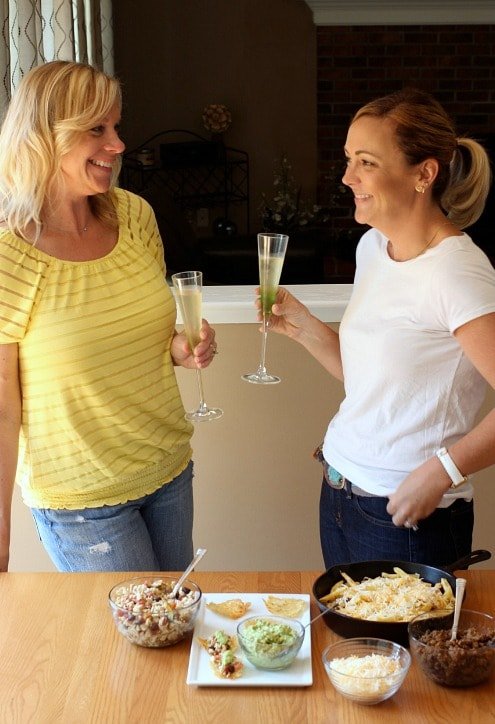 Start by making the chicken filling. Just brown ground chicken in a skillet with some seasonings, diced tomatoes and green chilis. Then it’s time to add the black beans…now, like I said.

These low carb nachos have a seriously low carb count, but if you’re really staying on the low carb diet, or maybe you’re just starting out, you can leave the beans out of the filling. 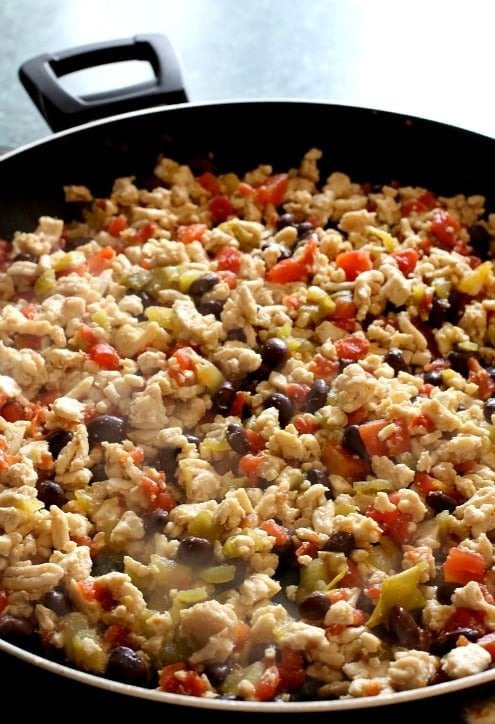 Once the filling is done you can set it aside and start making up the cheese crisps which will stand in for the tortilla chips.

I used a Pepper jack cheese for my cheese crisps to give it a little extra spice and they turned out awesome. But you can swap out with whatever cheese you like, cheddar, Monterey jack, Swiss or Gouda. You want a firmer cheese that shreds nicely, nothing too soft because the cheese crisps won’t harden up.

Place the cheese in piles on a baking sheet lined with parchment and bake for about 6 minutes.

Let them sit for a minute when they first come out of the oven and then carefully lay each crisp over a rolling pin to form its shape. You can place these flat on a wire rack too if you just want a flat chip. 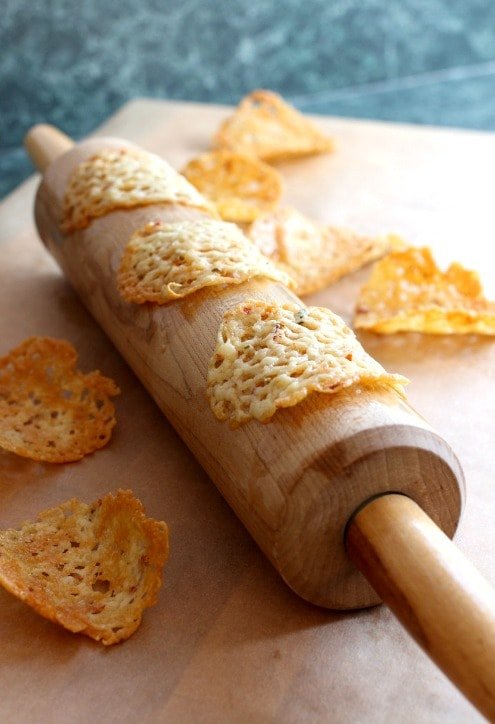 Fill the “chips” with a scoop of the meat, add some guacamole and start eating. Once you start you probably won’t be able to stop – fair warning. It’s a good thing we’re saving on the carbs with our Cheese Crisp Nachos ’cause we’re also diving into Shelly’s Skillet Frachos…

These nachos are so good you’ll never miss the tortilla chip! Stay tuned this week for the rest of our Mexican dinner menu! 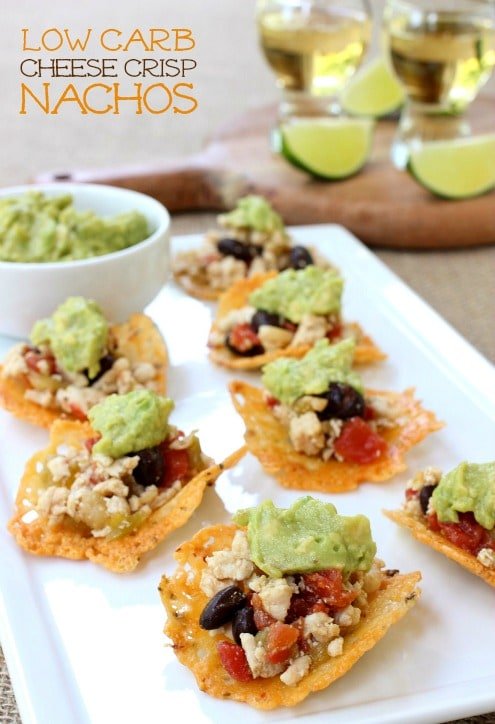 These super tasty low carb cheese crisps are just like eating nachos – without the chip!